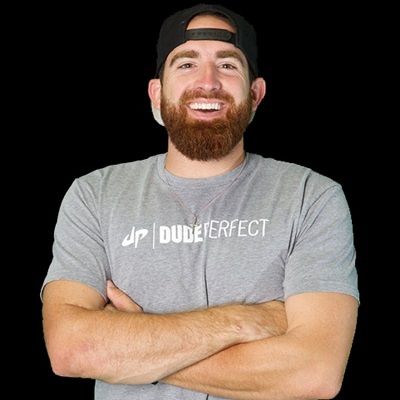 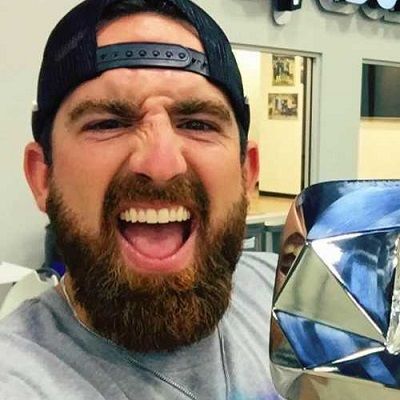 Tyler Nathan Toney was born on 24th March 1989 and is currently 31 years old. His zodiac sign is Aries. Likewise, Tyler was born in Prosper, Texas, United States of America. Tyler is an American by nationality, however, his ethnicity is still unknown. He was born in a Christian family, his father was a pastor in an Austin-based church. Tyler was born to Pam Toney and Jeff Toney. 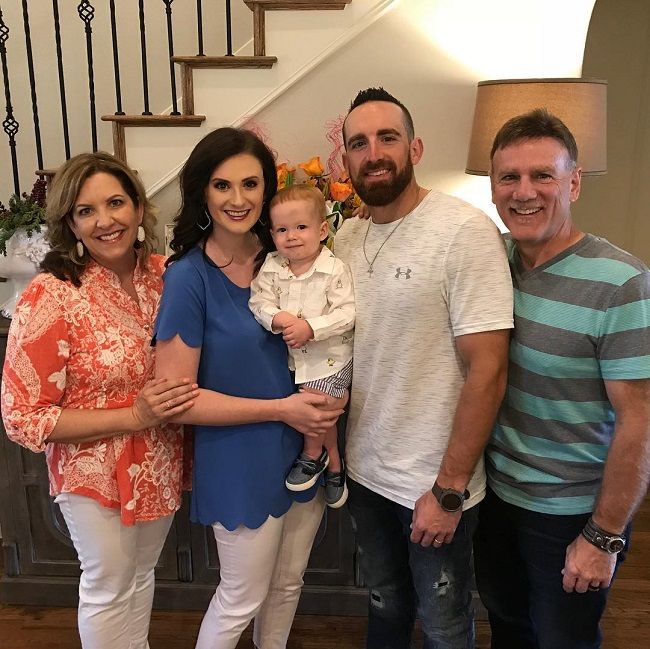 Tyler went to Prosper High School in which he graduated in 2007. While he was in high school, Tyler was quite athletic and used to play as a quarterback in the school’s football team. Later on, Tyler graduated from Texas A&M University in fisheries and wildlife. Moreover, Tyler is also a very good shooter and a hunter too. Furthermore, Tyler also plays Fortnite and is associated with Ninja who is an American Twitch streamer and Internet personality.

While attending his university in June 2009, Tyler along with his four other friends opened a Youtube channel ‘Dude Perfect’ and is the youngest and the leader of the group. All 5 members of Dude Perfect were basketball enthusiast and their religion brought them together as they all were looking for fellow Christian to share their room with.

Ultimately, all five sports enthusiasts, Tyler, Coby Cotton, Cory Cotton, Cody Jones, and Garrett Hilbert started the Youtube channel on 17th March 2009. Being one of the most subscribed Youtube channels in America, it is also the most subscribed sports channel on Youtube which has gained 49.9 million subscribers as of March 2020. With such striving success in Youtube, Tyler is a very talented person who always uploads very unique and entertaining content. His passion for sports as well as the video filming is one of the reasons for his gaining name and fame and is known as the trick shot artist of Dude Perfect.

Tyler and his friends uploaded their first video, ‘Dude Perfect Backyard Edition’ on 8th April 2009 which has 34 million views. This video went on viral within a short period which is a compilation of trick shots made by those five friends. Furthermore, soon after uploading their first video, Dude Perfect uploaded their second post ‘Ranch Edition Dude Perfect’. This video was a trick-shot from a summer camp and gained 5 million views. 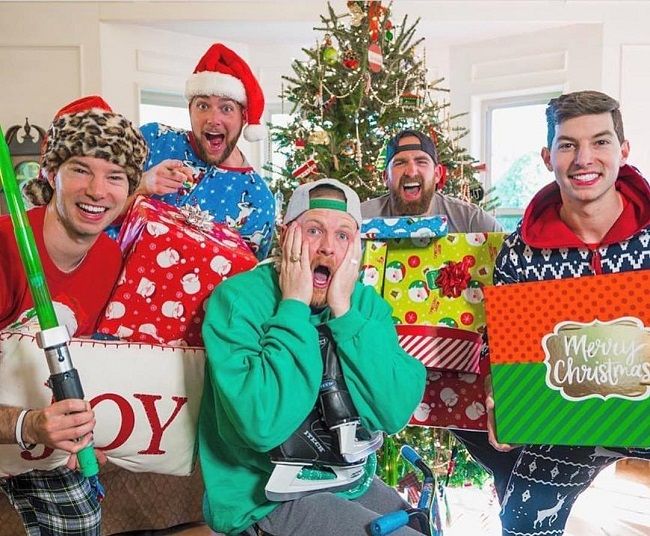 Likewise, his trick shots like ‘Water Bottle Flip 2’, ‘Ping Pong Trick Shots 3’, ‘Real Life Trick Shots’, were among his most viewed videos which have gained views surpassed more than 200 million views already. Moreover, Tyler and his friend have been uploading videos frequently recently they have been uploading fundraising videos. Their latest video is they held a Live session ‘LIVE: The DP Quarantine Classic – Golf Shootout’ uploaded on 19th March 2020 which has gained 1 million views already in a day.

Furthermore, Tyler and his friends were asked by ESPN’s E:60 for a segment that was broadcast on various television shows like ‘Pardon the Interruption’, ‘Sports Nation’, ‘First Take’ and ‘Around the Horn’. Moreover, soon after, Dude Perfect received professional endorsement and went on to work with many renowned sports personalities like Chris Paul, Morgan Beck, Jason Belmonte. Furthermore, also worked with TV media personality like Paul Rudd, Luke Bryan, Drew Brees, Travis Pastrana. Likewise, this group also traveled to the UK to shoot videos with players of international football clubs like Chelsea, Manchester City, Arsenal.

Likewise, Tyler and the Dude Perfect group launched a self-titled mobile game for the Operating systems like Android and iOS. Furthermore, the soon came up with another game ‘Dude Perfect 2’. After this game Dude Perfect launched many games like, ‘That’s Lit’, “Endless Ducker’. Soon Tyler started a TV series ‘The Dude Perfect Show’ which they premiered on the channel CMT. Later this show was moved to Nickelodeon for season 2.

Tyler along with his team Dude Perfect has won the world record for the longest basketball shot. It is the third deck of the football stadium Kyle Field in the year 2009. Additionally, the team has also won the record for 216- foot high shot in the same year. Furthermore, in the year 2018, the group set the record for the longest lego walk (barefoot) as well as the longest pea blow (one breath).  Additionally, Tyler also achieved Guinness World Record the most drink cans opened with one hand in a minute. 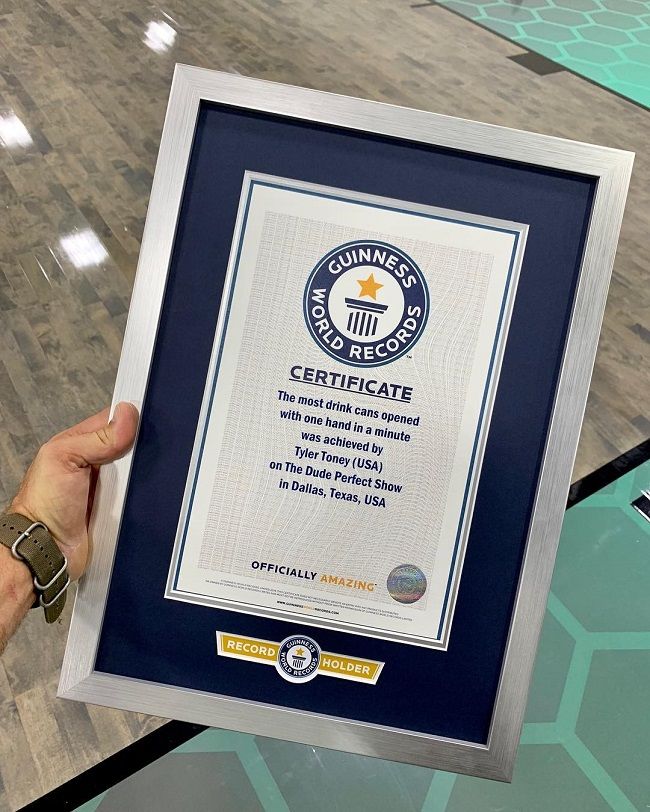 The channel Dude Perfect was the total net worth of $30 Million while Tyler’s estimated net worth is $5Million and he currently resides in a lavish house with his family.

Tyler married his girlfriend Bethany Toney in the year 2011. Bethany is a former winner of Miss Ouachita Baptist University 2010. Together the couple has two sons named Barrett and the youngest Culton. 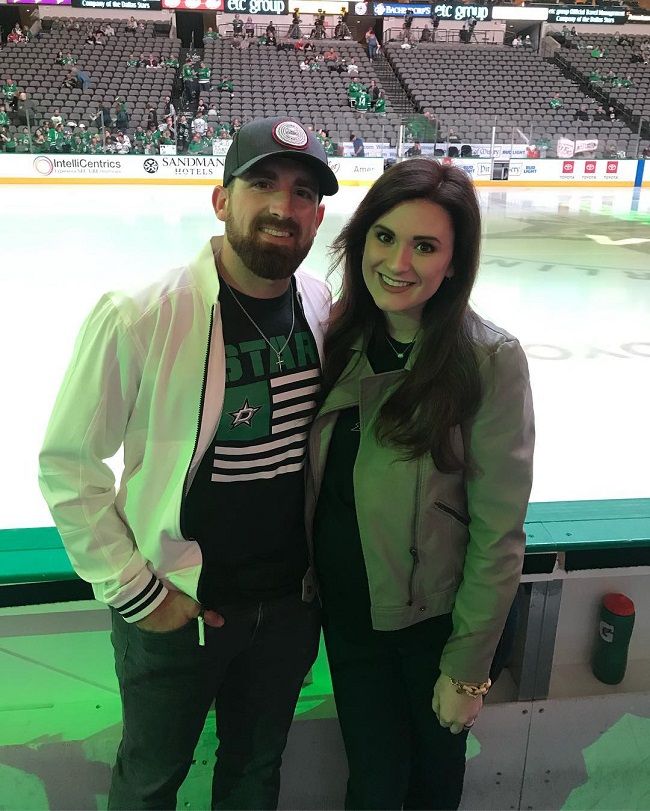 Beside Dude Perfect channel and its social media pages, Tyler is active on social media like Instagram and Google. Tyler’s Instagram handle is @tylerntoney and has 1.6 million followers. Furthermore, he joined Twitter in January 2010 with handle @TylerNToney and has 17.8K followers as of March 2020.