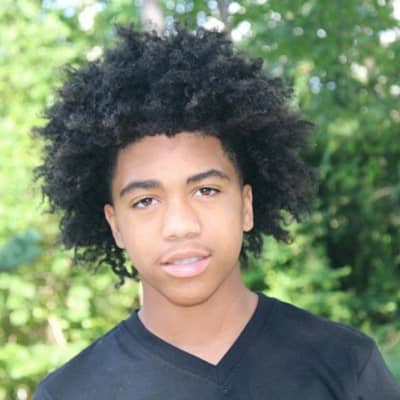 Tyler Timmons is a YouTuber, model, actor, and social media personality. Tyler Timmons along with his twin brother owns a YouTube channel, ‘Trvp Twins’ with 266k subscribers. Timmons is famous for the series, Euphoria. Furthermore, he also endorse clothing brands like ‘Fashion Nova For Men’.

Tyler Timmons was born on November 12, 2002. She is 18 years old. Timmons is known as Trvp twins. Moreover, Trvp is the acronym for To really value positive. He was born in Chicago, Illinois. However, he was raised with his twins brothers, Tristan Timmons in Atlanta, Georgia. Born and raised in America, he holds the citizenship of America.

He is an American by nationality and belonged to the Black ethnicity. Born in early November, he was born with the sun sign of Scorpio. He is quite secretive about his personal life. His personal details like his parents’ identity and what his parents’ do for a living are far away from the limelight. His brother, Tristan is also a YouTube star and model.

Regarding his educational background, he graduated this year. However, his educational institutions are not available. It can be said that he might have attended the best universities based in America. 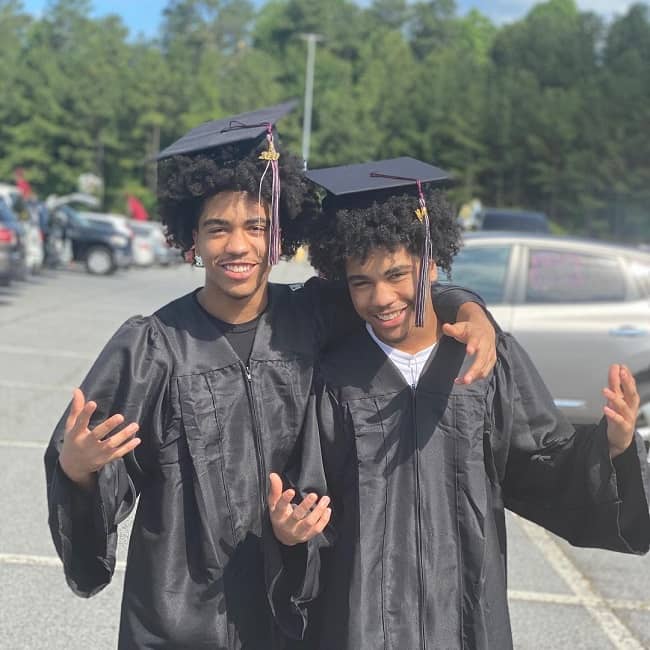 Caption: Tyler with his twin brother in graduation gown(Source: Instagram)

Timmons’s Instagram handle, @tyler.trvp also has 239k followers. Among the 96 posts, most of his posts are of dance videos and Snapchat videos. His engaging content made him popular among the Instagram stars. Timmons has been uploading selfies frequently. In the same way, he has been flaunting his lavish life via posting mirror selfies, and photos on his car. Timmons is also a model. Multi-talented Timmons has endorsed the fashion brand, ‘Fashion Nova Men’. He utilizes his Instagram handle in order to promote the products. 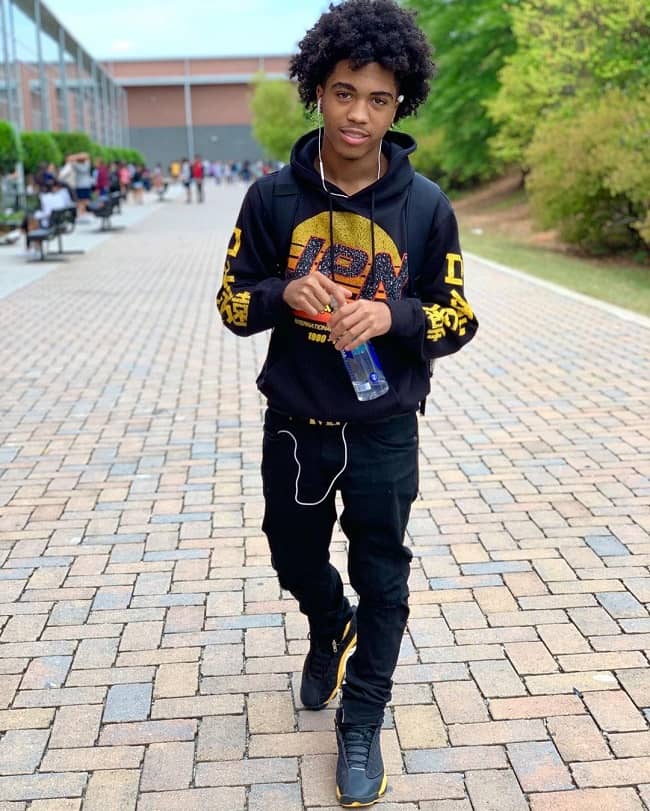 He also owns a YouTube channel with his Twin brother, Tristan. Their channel Trvp Twins has 266k subscribers.’ CRAZY BUS DRIVER!? | Story Time’ is the oldest video uploaded on October 5, 2016. It has 40k viewers until now. ‘Try Not To Laugh Impossible Edition’, and; FIRST TIME WE GOT SUSPENDED!? (PART ONE)’ are some of the oldest videos on their channel.

‘TEACHING THE JOHNSTON TWINS HOW TO DANCE!’,’ H.!.C.K.E.Y PRANK ON TRISTAN AND JAYNA!’, and LYRIC PRANK ON JOHNSTON TWINS GOES RIGHT?! (SONG: BOO’D UP)’ are some of the popular videos with more than 700k views.

YouTuber turned actor, he played the role of ‘Friendly Kid Twin’ in the TV movie, ‘How High 2’. Similarly, he was cast as ‘Troy’ in the HBO series, ‘Euphoria. It aired on HBO  where he played the role of twins brother alongside, Tristan Timmons. Timmons will act as ‘Boy #2’ in the upcoming movie, ‘Tyson’s Run’. In Tyson’s Run also he is going to be cast with his brother. The upcoming movie is about an unathletic boy with autism who strives to become an unlikely marathon champion giving his unfulfilled father purpose and a second chance at putting his family first.

Tyler is a social media personality. He is a YouTuber, TikTok star, and Instagram star. However, his earnings from each online platform are not available separately. Through his hard work and determination, he has accumulated a handsome amount of money. As per the other online source, his net worth ranges from $1M-$5M. 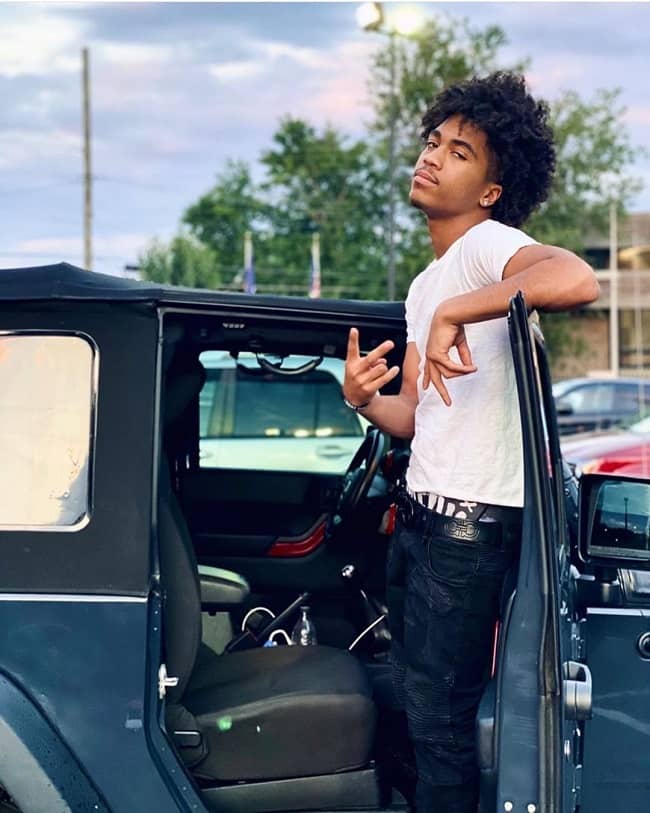 Tyler’s sexual orientation is straight. He is dating Jayda Watkins. Jayda also owns a YouTube channel popular for a prank, challenge, beauty/hair tutorial, and routine videos. Jayda Watkins with her twin sister, Jayla is known as the Johnson twins. Johnson twins are dating Trvp twins. His past relationships had not been recorded to date. He also has maintained a good image and has not engaged in any kind of controversies.

Dashing Tyler stands tall with a height of 5 feet and 6 inches. He weighs 64 kg which is convincing as per his height. He has a slim build. While reflecting on his hair, he has curly thick Dark Brown. Timmons’s eyes are Dark Brown. His distinctive features are short stature and lean physique.