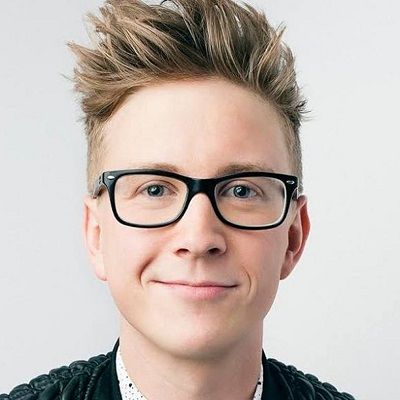 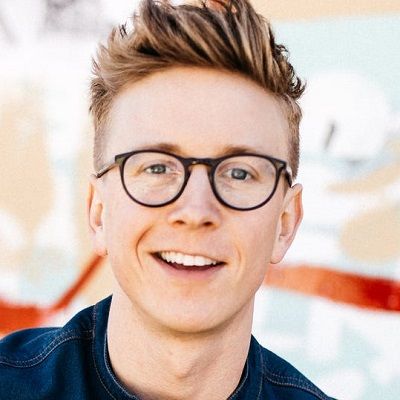 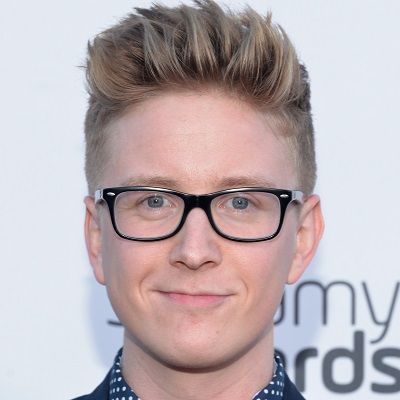 Tyler Oakley is a popular American YouTuber, blogger, comedian & internet personality, known for mostly comedic vlog-style videos. Tyler Oakley is a YouTube star with a quirky sense of humor who put himself at the forefront of gay politics and culture.

Tyler Oakley was born in Jackson, Michigan, USA, on March 22, 1989.  Currently, he is 31 years old. He has a total of twelve siblings; six brothers and six sisters. His parents split while Tyler was still an infant. Her mother’s name is Jackie Oakley. Further, he is not a religious person. He revealed that via a YouTube video.

Oakley moved to Okemos and became involved in choir and drama when he was in sixth grade. As a teenager, he struggled with bulimia nervosa. Soon after finishing high school, he pursued communication, marketing, and social media from Michigan State University. 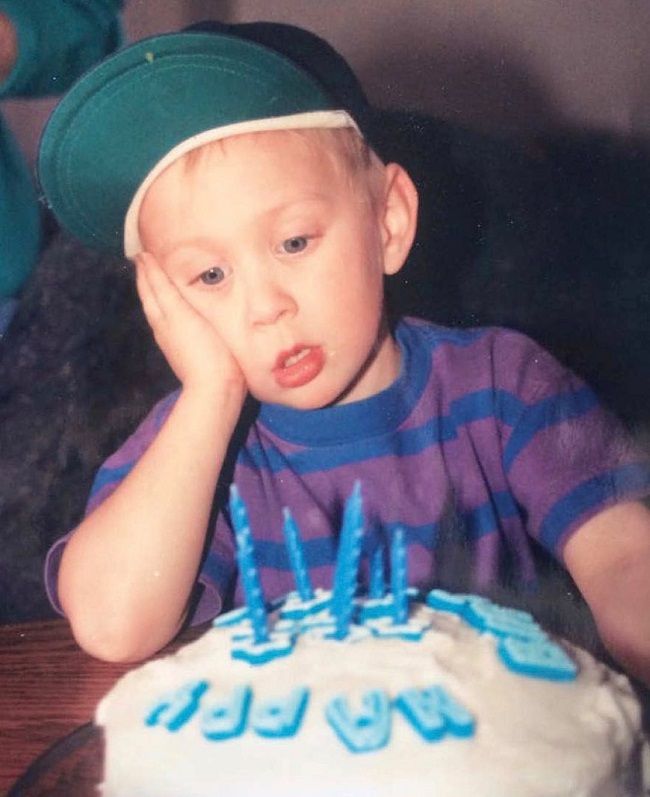 Oakley began making YouTube videos on September 19, 2007. Since uploading his first video while a freshman at Michigan State University, he has received over 500 million video views and gained nearly 8 million subscribers along with over 365 videos posted. He is a previous member of the successful collaboration channel “5Awesomegays,” where he produced the Friday video for over three years.

Currently, he is represented as having “one of the loudest voices on YouTube,” and Bloomberg defines him as a YouTube sensation. His biggest fan was discovered in December 2014, who found his address and gave Oakley a visit. She lives in Toronto, according to Oakley.

After March 2013, he co-hosts a weekly pop-culture news update – “Top That!” – with Becca Frucht for PopSugar. Also, he does weekly “Q and Slay” videos where he asks people to send him questions on twitter and he tries to answer as many as he can. This was started on January 25, 2013, but he stopped and finally made as a regular series on October 28, 2013.

Oakley has a weekly podcast with his close friend and fellow YouTuber Korey Kuhl entitled “Psychobabble.” It is free and can be found on iTunes. Oakley supports The Trevor Project, an organization for the prevention of suicide in LGBT youth. He has interned with them, hosted a red carpet event and raised around $550,000 in support of their work. He has also interned at Bowery.

Other ventures include: working as a resident mentor; teacher’s assistant; product marketer/developer at Michigan State University; social media and communication manager at Chictopia; and director of social media at Good IOakley is a fan of Darren Criss, Lady Gaga, Betty Who, and the British-Irish boy band, One Direction.

Oakley is an active member of many of the most popular social media platforms. “professional fangirl” is a self-proclaimed and he is a fan of Darren Criss from Glee. He sang Christmas carols on stage with One Direction and Jerry Springer. Tyler also had confirmed that “He has a spot in his heart for Troye” on twitter, following the hashtag #Troyler. And the tweet was deleted by Oakley due to his caution of drama, hate, etc.

Oakley is also known for receiving attention from major celebrities and organizations, such as Liam Payne, Chris Colfer, and Taco Bell, namely on social network Twitter after commenting on their previous tweet or tweeting about them. Due to Oakley’s success with social media and prominence among many social media platforms (particularly YouTube), he was also given the opportunity to meet U.S. President Barack Obama at the White House. Moreover, Tyler also did a video with first lady Michelle Obama talking about education issues.

‘The Advocate’ in their 2014 “40 under 40: Emerging voices” list says that Oakley with his social media efforts has become one of the first homosexual people you might meet or get to know. Tyler attended the Grammys and interviewed many artists such as Sam Smith, and Lady Gaga in 2015.

Furthermore, Tyler released his podcast “Psycho-Babble” on September 2, 2014. He intends to talk unfiltered with other YouTubers (possibly celebrities) and just make people laugh. The podcast stars Tyler’s college friend Korey Kuhl. It has also starred Brenden in 5 of the podcasts. It is currently only available on iTunes, but for free.

The young vivacious star sees Ellen DeGeneres as his role model. This is what he had to say about his role model, ‘She’s using her influence for good, and everyone knows who she is, what she stands for, and that she is a lesbian’.

Furthermore, it was announced on December 11, 2015, that Tyler and Best Friend/YouTuber Korey Kuhl are going to be part of an all internet themed season, where at least one person per team is an internet celebrity. The finished in 3d place. 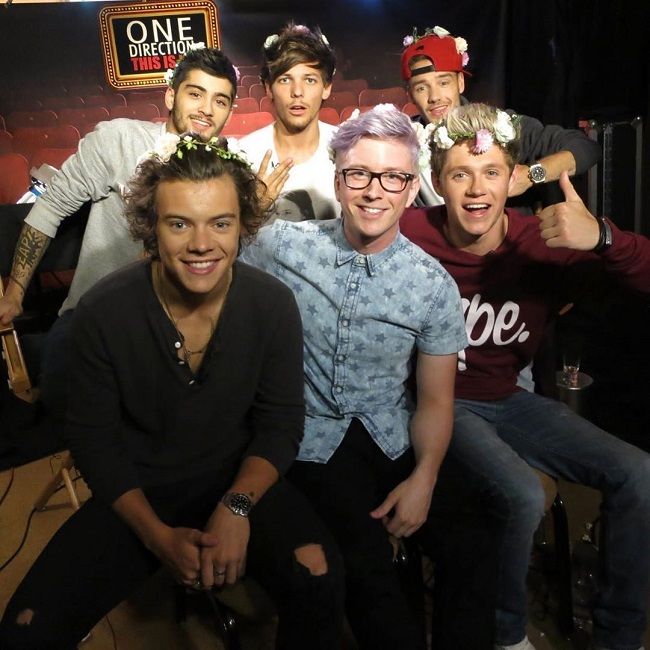 Tyler is one of the most searched names of YouTube is hailed by many as a guy with a heart of gold. Moreover, the Midas touch of his supreme magnanimity for the ‘Trevor Project’ is unmatched and his endeavors in uplifting non-straight people are praiseworthy. Tyler encompasses issues addressed to LGBT, Lesbian, gay, bisexual, transgender as well as issues of general social interest being an activist.

The element of nobility doesn’t elude the notable ones even. And yes Tyler has joined the league by his stellar contribution to the ‘TREVOR’ Project, which was found in 1998. This project is aimed at providing suicide prevention aid to lesbian, gay, transsexual, bisexual and questioning young people.

With this glorious feat, Oakley has raised enormous funds and huge donations for this noble cause and in turn, has helped save countless lives.

He has been fiercely advocating on social issues like health care and education as well. The 27-year-old YouTube star had his first book published which is titled ‘Binge’. The content of the book covers Oakley’s upbringing in Michigan in the U.S., some revelation about his past relationship, and different interactions with numerous hotshots.

In the light of some somber moments of his life, he even emphatically makes mention of his domestic violence history and the ordeal he faced with his eating disorder till high school. The comic tone which is so characteristic of Tyler’s personality covers up for the gaps and brings out the fun and animated aspect of the young lad.

The YouTuber is one of the openly gay personalities of Youtube. He actively represents the gay community and also advocates for its issues. While at college, he fell into a short depression after a breakup with a long-term boyfriend. Oakley admits he considered suicide at this time. It was also when he first became involved with YouTube, using the video-sharing website to communicate with his high school friends, who were attending different schools.

Tyler and Adam Rippon were linked together in early 2018. And the relationship rumors began after Adam was featured in Tyler’s YouTube video in February 2018. Also, a day after the video was posted, Adam shared a picture of them together on his Instagram with a flirty caption, which suggested that something was brewing between them.

Further, in 2018, musician Anthony Russo and Tyler met via the dating app ‘Bumble’. Tyler posted their picture together in December 2018 celebrating the holiday season and was super excited to share the time with someone he loves. Currently, Tyler recently revealed that he is dating somebody and is also in a secret relationship. He, however, did not choose to reveal the identity of his “secret boyfriend”.

Туlеr has an amazing personality. He has a height of 5 feet 5 inches and weighs around 58 Kgs. He has multi-colored hair. Sometimes, he goes with seafoam or bright blond, and even supports vibrant purple color and many others. He keeps on changing his hair colors and he has blue eyes. Moreover, his chest-biceps-waist measurements are 37-12-31 inches respectively. Tyler’s shoe size is 7 (US). 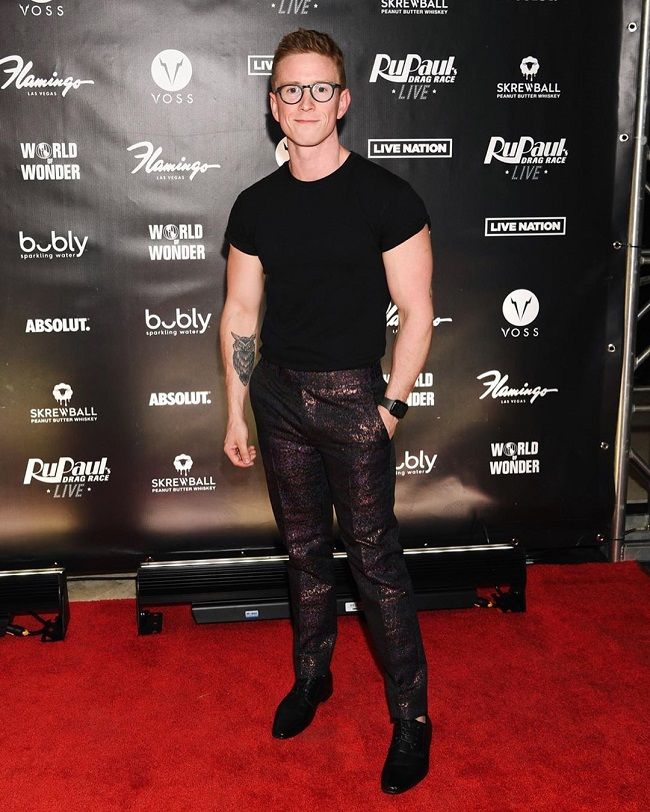 Oakley has already established himself as a social media star with an influential background. He has around 7.7 million subscribers on his Youtube channel and 661.5 million total views on his channels. His estimated net worth is around $8 million.