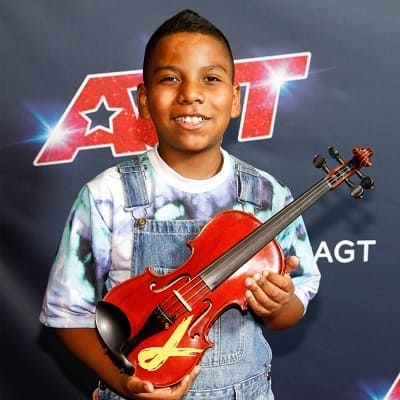 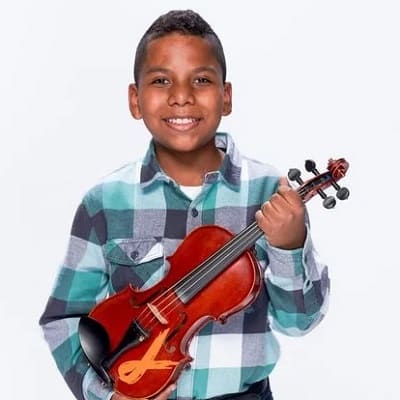 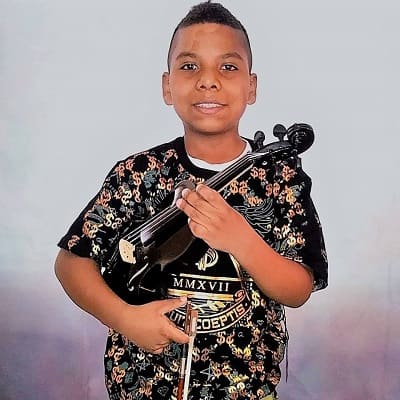 Tyler Butler-Figueroa was born on 25 September 2007 and he is currently 14 years old. He is originally from Raleigh, North Carolina and his zodiac sign is Libra. Talking about his family, he has a younger brother named Adam and the siblings were raised by their single mother.

At the young age of 4 years, this personality was diagnosed with leukemia. At present, this young personality has been in remission from chemotherapy for more than four years. Initially, this personality discovered the violin after he saw a flyer at school for free afterschool violin lessons. This helped Butler-Figueroa overcome being bullied in school due to his cancer. Furthermore, this young talent has also performed in the streets of downtown Raleigh. 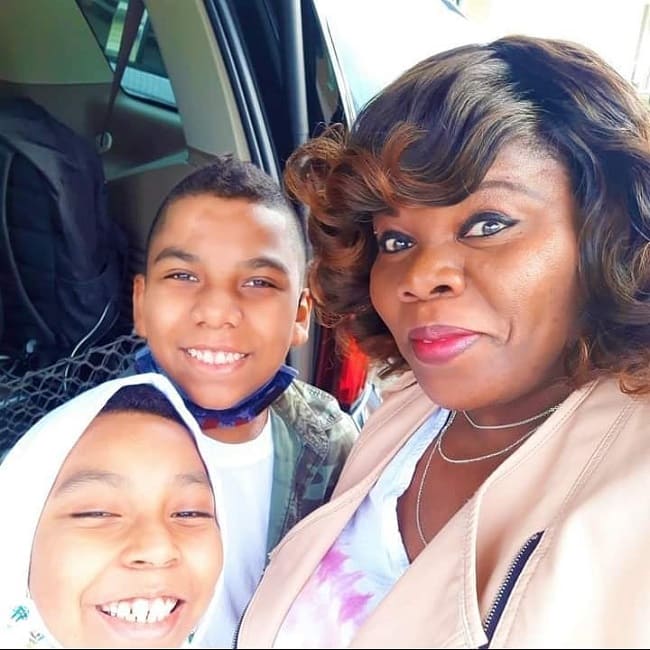 Caption: Tyler Butler-Figueroa posing for a photo with his mother and brother. Source: Instagram

Professionally, Tyler Butler-Figueroa is a violinist who gained fame for appearing on America’s Got Talent. His audition appears in Episode 1403 of this series. For the audition, the young talent played Kelly Clarkson’s Stronger on the violin. His performance earned a Golden Buzzer from judge Simon Cowell and sent Tyler straight to the Quarterfinals.

After his performance at America’s Got Talent audition, this personality received a new violin through the AJ Fletcher Foundation through Barbara Goodmon of the Capitol Broadcasting company.

Further, the violinist’s Quarterfinals performance appears in Episode 1413. For the quarterfinals, Butler-Figueroa performed Swedish House Mafia’s Don’t You Worry Child on the violin. All the judges of the show – Howie Mandel, Gabrielle Union, Simon Cowell, and Julianne Hough – gave him a standing ovation. Moreover, the young talent also received enough votes to advance to the Semifinals in Episode 1414.

Likewise, his semifinal performance was to the song Break Free by Zedd ft. Ariana Grande. For this performance too, the young talent received standing ovations from all the judges along with the guest judge Sean Hayes. During the finals, he performed Destiny’s Child’s Survivor on the violin. Similarly, for the finale in Episode 1422, this young violinist performed Ariana Grande’s 7 Rings with Brian King Joseph.

Similarly, he also appeared in The Champions 2. During the semifinals of this show, he played Louis Armstrong’s What a Wonderful World backed by a vocalist. Then for the finals, he played Lewis Capaldi’s Someone You Loved with Angelina Jordan accompanying Kseniya Simonova’s sand art story. The young violinist finished the competition in 3rd place behind V.Unbeatable and Duo Transcend. Moving on, violinist Tyler has a net worth of around $1.5 million US dollars. 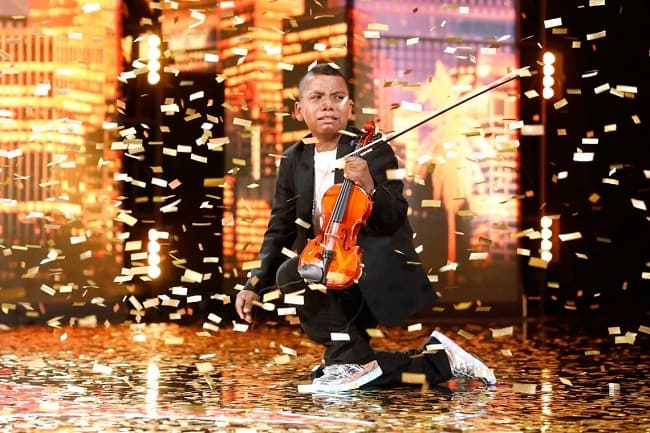 Tyler Butler-Figueroa is obviously single at the young age of 14 years. This teen artist is sure to attract many people in the near future through his talent and charms.

Tyler Butler-Figueroa’s body measurement details like his height, weight, chest-waist-hip measures, biceps, etc. are all under review. Nevertheless, as the violinist is still a teen, his body measurements shall keep changing for a few more years as he is still growing up. Moreover, the young talent has dark brown eyes and hair of the same color. 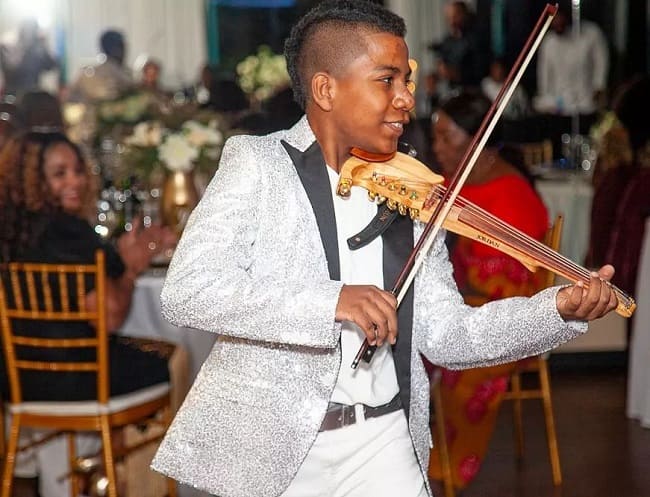 Caption: Tyler Butler-Figueroa during one of his performances. Source: Instagram

Talking about his social media presence, violinist Tyler is available on Instagram under the username @tylerbutlerfigueroaviolinist. As of June 2022, this profile has garnered more than 60.4K followers. Likewise, he has over 127K followers on his Facebook profile. Also, he has more than 7.7k followers on his @TButlerFigueroa account on Twitter which he created in December 2018.

Similarly, the young talent created his “Tyler Butler-Figueroa, Violinist” Youtube channel on 29 April 2018. So far, this channel has over 6.4 million views and 63.6K subscribers.