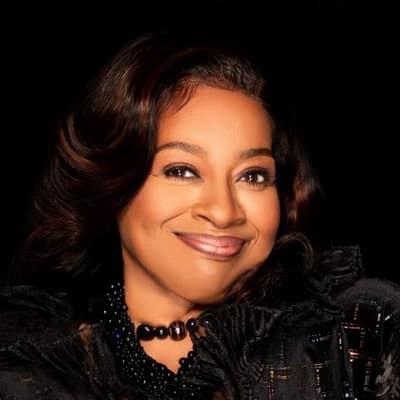 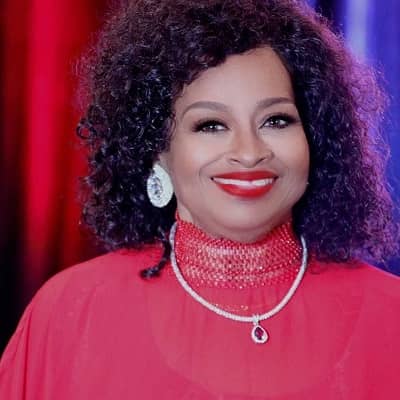 She appears to be the most private of her sisters when it comes to her personal life. She is unmarried at present. Therefore, she is a divorcee. As she was married in the past. She was previously married to a guy named Johnny Terrell. But, sadly, very little is known about her previous married life as Twinkie is very secretive of her private life. There is not much information on when the two got married, how long they were married, and when they got divorced.

She and Johnny Terrell reportedly have a son John Terrell. Therefore, John has worked with his mother Twinkie in her first solo album ‘Live in Charlotte,’ in which he rapped. Therefore, besides that, not much information is available about him either. There have also been some reports that her ex-husband is in prison, but there are no definitive proofs.

Presently, Clark is probably single. As a highly private person, she has not been seen with a man to date, so it is safe to assume that she’s not in a relationship at present. Maybe she has not found the right person yet, but we believe one day she surely will meet a suitable person for her.

Twinkie was born on November 15, 1954, as Elbernita Twinkie Clark. Her zodiac sign is Scorpio and she is 66 years old. She was born to pioneering gospel musician and choral director Dr. Mattie Moss Clark and Elder Elbert Clark in Detroit, Michigan. Moreover, she has four sisters namely Jacky Clark Chisholm, Denise “Niecy” Clark-Bradford, Dorinda Clark-Cole, and Karen Clark Sheard. She began her tutorship in music under the direction of her mother, very early in life.

Moreover, from the age of thirteen, she began touring nationally with her mother, ministering and training choirs in three-part vocal harmony. Similarly, in 1967, she made her recording debut as a featured vocalist alongside her mother, sister Denise Clark, and Dolores Jones on the Southwest Michigan State Choir of the Church Of God in Christ’s “He Will Supply Your Need”, from the album A Closer Walk with Thee. Later, she received formal music education at ‘Howard University’ in Washington, D.C. 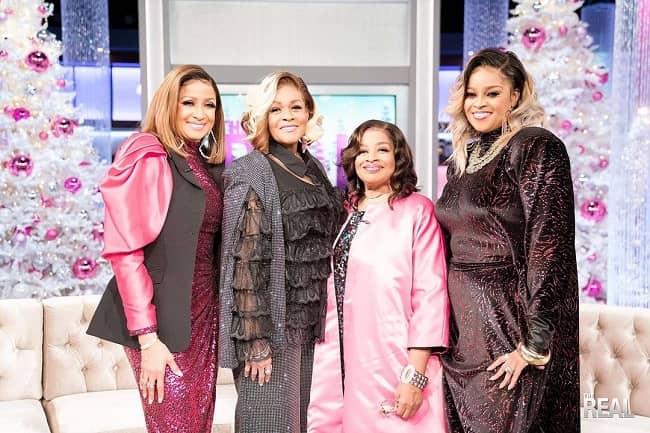 Twinkie is popular as the “Mother of Contemporary Gospel Music”. In addition to singing, she is a heralded musician. Therefore, she is famous as “the Queen of the B3 Hammond Organ”, Moreover, she is a member of the Hammond organ Hall of Fame Class of 2014.

Similarly, in 2012, she was honored by Dr. Judith Christie McAllister. And the International Music Department of the Church of God in Christ, as a living legend and influencer during the 105th International Holy Convocation. There, Clark also received an honorary doctorate of sacred music from Dr. Tony Lewis. And, also the Christian Bible Institute and Seminary (CBIS).

Likewise, she has been the leader, principal songwriter, and producer of the gospel group ‘the Clark Sisters’. They formed their group in 1973. Moreover, the group achieved their biggest success with the mainstream, crossover hit “You Brought the Sunshine (Into My Life)” in 1983. ‘The Clark Sister’ couldn’t attend their world tour due to their mother’s death in 1994. Moreover, she suffered from a stroke as she was a diabetes patient. 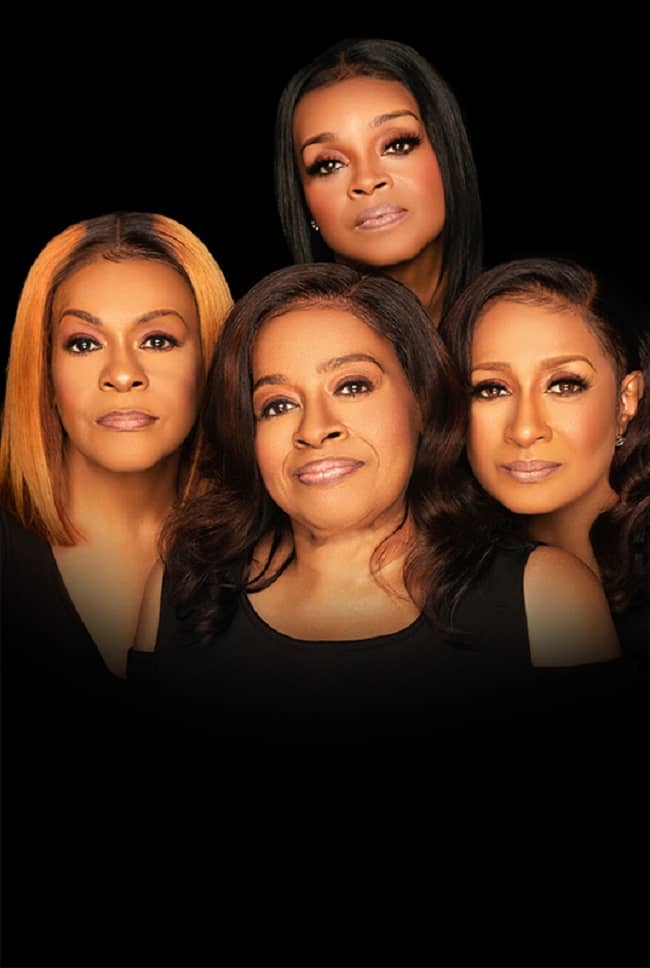 ‘The Clark Sisters’ Became the Highest-Rated TV Movie in 2020!

‘The Clark Sisters: First Ladies of Gospel’ movie aired on Lifetime became the highest-rated television movie in 2020. It had an impressive 2.7 million viewers immediately after airing and became Lifetime’s highest-rated movie since 2016.

Moreover, the film is based on the real-life story of the Clark Sisters, how they formed the gospel group ‘The Clark Sisters,’ which rose to fame. And helped bring contemporary gospel music to the mainstream. Similarly, the movie showcases how the sisters made history, became the highest-selling female group in gospel history, how their hard work. And achievements throughout the years rose them to the very top of prominence in the gospel music industry.

Further, it was announced that the Clark Sisters would be honored with the James Cleveland Lifetime Achievement Award at the ’35th Annual Stellar Awards’. 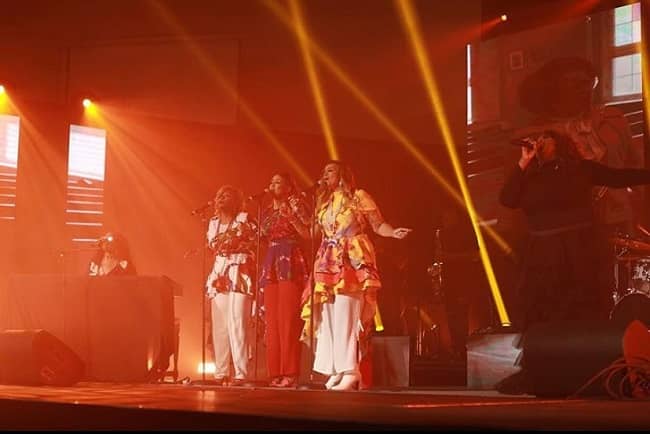 Caption: The Clark Sister’s performing on the stage. Source: Instagram

Twinkie has recorded several solo albums. She launched her debut studio albums, Praise Belongs to God (1979), Comin’ Home and The Masterpiece (1996), Twinkie Clark-Terrell Presents the Florida A&M University Gospel Choir, Twinkie Clark & Friends…Live in Charlotte which received a Grammy nomination for Best Traditional Soul Gospel Album. Moreover, in 2011 and 2013, she released With Humility and Live & Unplugged respectively on Larry Clark Gospel, before releasing a collaborative album with Larry Clark, The Generations in 2020.

She an amazing and stunning person. Clark stands tall at a height of 5 feet 5 inches. Sadly, her weight is unknown. However, she has a fine body figure which she maintains pretty well. Moreover, she has a pretty pair of dark brown eyes and also has dark brown hair color. 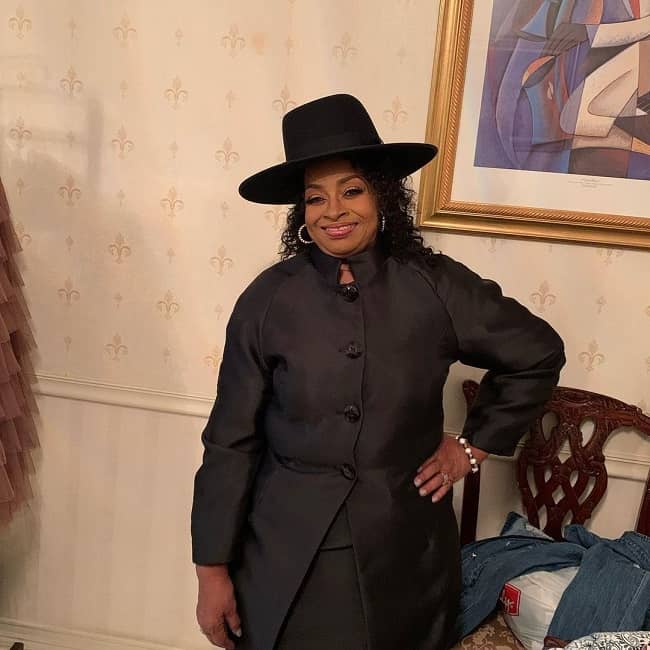 Twinkie, being a great and talented personality, surely earns a huge amount of money through her profession. Her net worth as of December 2020 is $6 million.