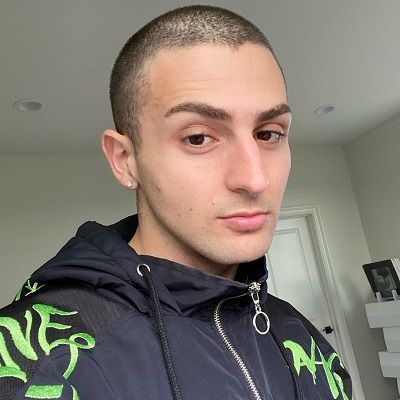 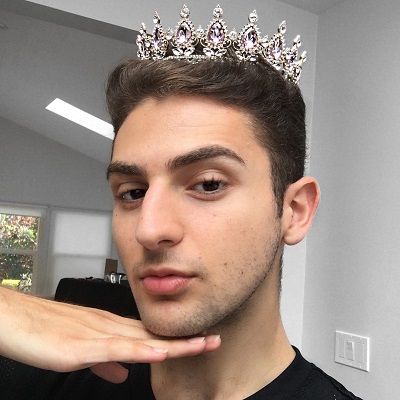 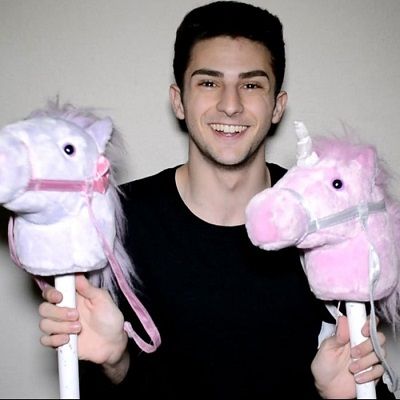 Twaimz is a popular American social media personality, Vine Star, and YouTuber. Twaimz is best known for his extreme love of llamas and his eccentric, comedic behavior.

Twaimz was born as Issa Christopher Tweimeh on May 13, 1995. Similarly, as of 2022, he will turn 27 years old. He was born in San Francisco, California, USA to a family of Arabic descent. He has an older sister named Nour. His parents are named Mai and Tony.

Moreover, he studied in a high school in California where he was often bullied due to his weight. He, however, lost weight after he commenced making videos.

Apart from him, his father also features in many of his videos. Furthermore, he is a fan of the American teen drama, mystery-thriller TV series called ‘Pretty Little Liars’. He is a pet lover and has a pet dog named Turbo. 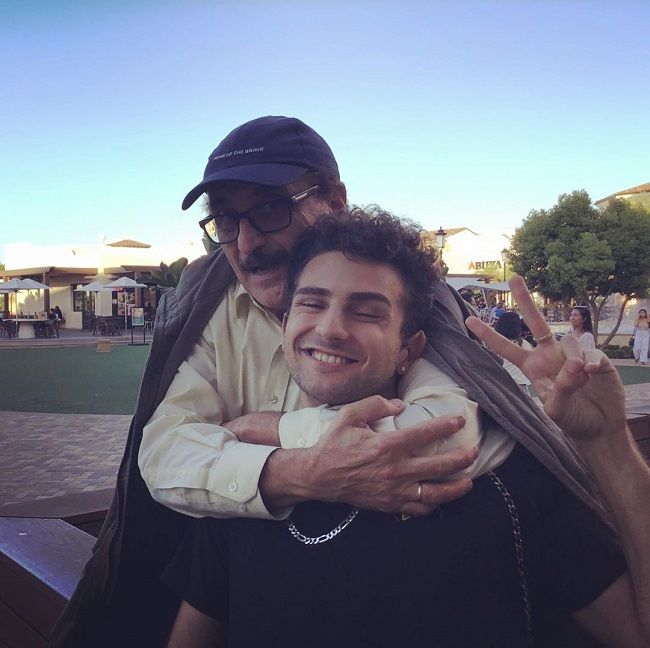 Caption: Twaimz clicking a picture with his dad. Source: Instagram

Similarly, he is available on TikTok with more than 1.9 million followers and more than 21.1 million likes. His YouTube channel has gained over 4.6 million subscribers. Moreover, his Gamil ID is, [email protected]

This Social Media Personality who has a decent presence on different social media platforms and is specially shot to fame through videos he uploads on Vine and YouTube was just another teenager a few years back with a dream to do something big in life.

His breakthrough came three years ago during the 4th annual multi-genre online video conference Vidcon which was held from August 1 to August 3, 2013, at the Anaheim Convention Center in Anaheim, Southern California.

Moreover, in 2013 he joined the app called Vine, where he would make 7-second comedic videos. He soon surpassed one million subscribers on Vine.

He waited in the queue for around four hours just to meet his favorite and immensely popular American YouTuber as well as actor, film director, songwriter, singer, and sketch comedian Shane Dawson and gift him a drawing of the latter’s adorable dog.

Dawson, on the other hand, raved about this teenager on social media which inspired him to delve into the world of social media himself.

He makes video monologues that are mostly humorous and musical usually associated with subjects like sexual identity, self-respect and admiration, and pop culture.

He vlogs regarding the people he is crushing on, or about loving oneself first and then loving someone else and stuff like that.

He has earned a name for displaying a smart-alecky sense of humor as well as for his candidness about his life and sexuality. Through his videos, he speaks about his life in the manner of a freewheeling commentary in a way that one share with their best buddy.

This approach of his appeals to his umpteen fans and viewers who kind of create a bond with the Vine Star which in the long run is the key to holding and augmenting one’s popularity among fans and viewers. His video ‘The Crush Song’ has garnered around 3 million viewers.

In addition to running his channel, he is also a co-star of the Fullscreen series Party in the Back’. He soon announced a 20-city tour where he performed some of his original songs; the tour lasted from November 12 to December 17, 2017.

Since then, he has been making videos on his channel “Twaimz” and collaborating with fellow YouTubers “Larry” and “Ravon”. He is also a TikTok influencer.

Twaimz is openly gay person. He is not dating anyone at the moment. He has not shared anything about his past relationship. However, Issa was rumored to be dating YouTuber Larry’ in the past.

However, it later turned out that they are just friends. He might have dated someone but has not mentioned anyone. 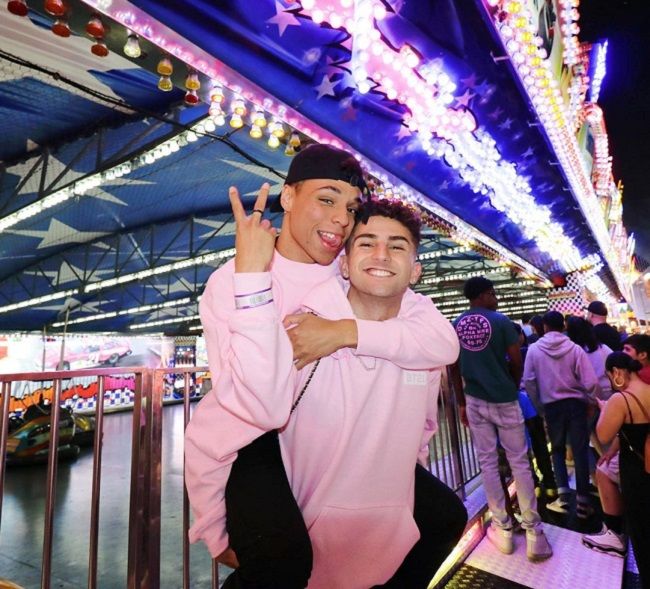 Caption: Twaimz and Larry posing for a photo. Source: Instagram

Twaimz is a good-looking guy having an awesome personality. He stands tall at a height of 5 feet 4 inches and weighs around 60 kg. As per some online sites, he wears a shoe size of 8 (US). He has dark brown eyes and black hair. However, he has cut off his hair and is bald now. 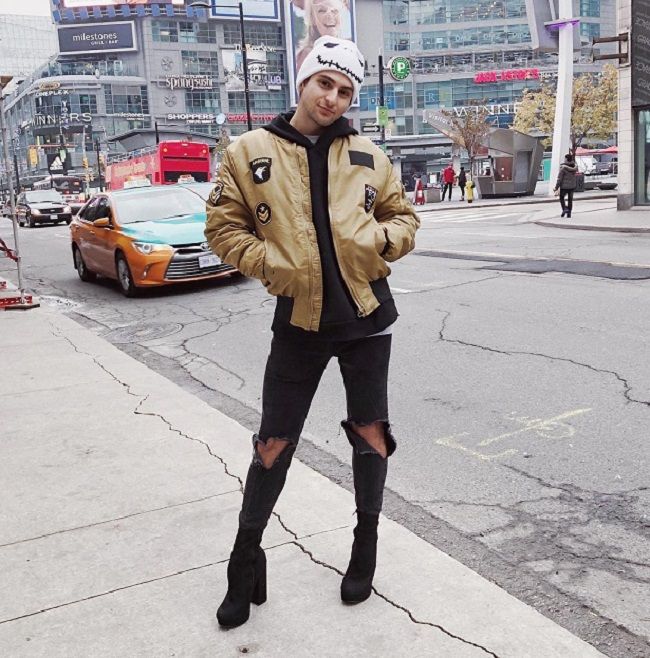 He pockets a heavy amount of money through his profession. Issa’s YouTube channel has published 80 videos which all together add up to more than 325.3 million views.

He creates on average 1 new video every month. Moreover, he earns over 99.2K video views every day and also earns 414 new subscribers every day. However, $177K is his estimated net worth as of 2022.