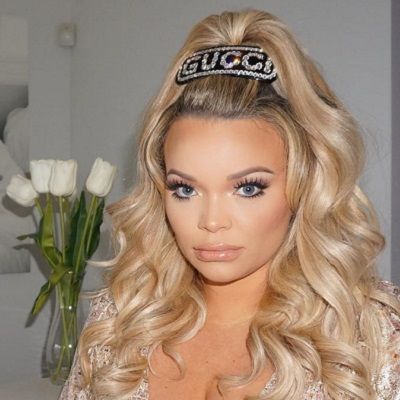 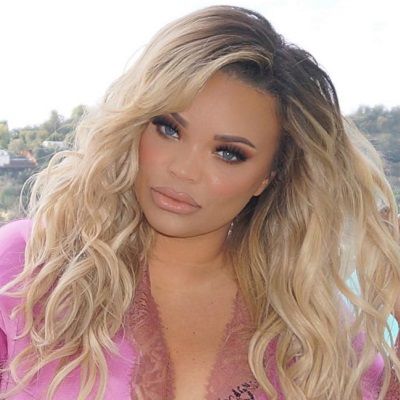 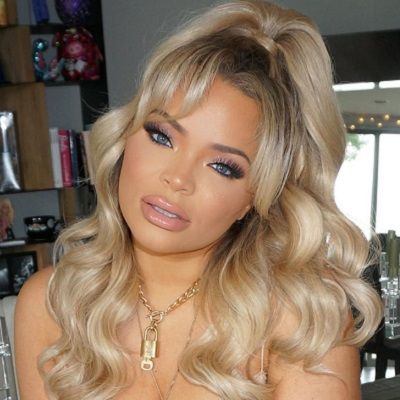 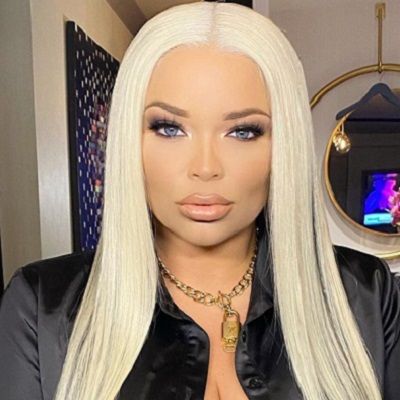 Trisha Paytas is an American social media personality, YouTuber, model, actress, and singer. Trisha Paytas has made more than 45 television appearances and has a great fan followings.

Trisha Paytas came to this world on May 8, 1988, in Riverside, California, USA. Her full name is Trisha Kay Paytas. As of 2022, she is 33 years old and her zodiac sign is Taurus. She completed her graduation at the ‘Pecatonica High School’ in Illinois, before moving to Los Angeles to pursue a career in acting.

Furthermore, she was born to her parents, Frank Paytas (father) and Lenna Paytas (mother). Moreover, she has a Hungarian descent and has faith in Christianity. She has a half-sister named Kalli Metz and a brother named Nick Paytas. 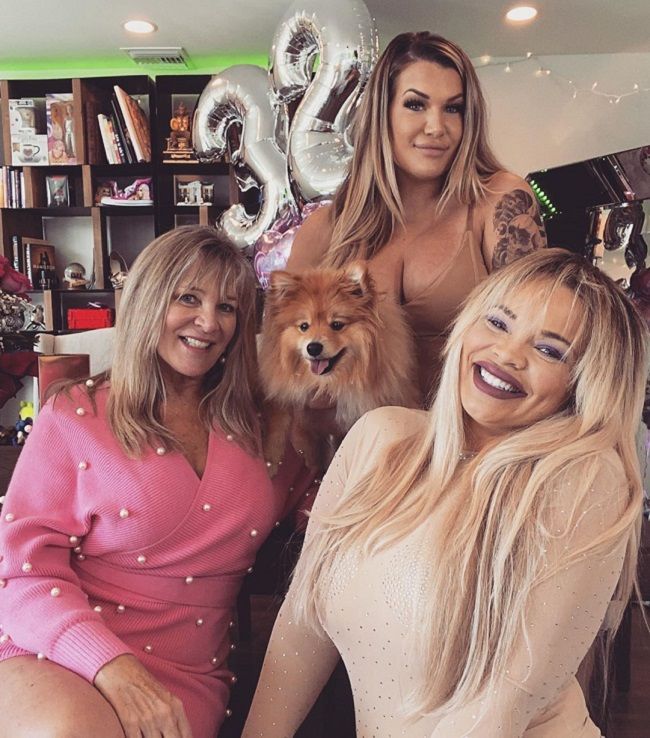 Caption: Trisha Paytas clicking a picture with her mother and sister on her birthday week. Source: Instagram

Struggling to find her feet in the industry, Trisha began working as a stripper to support herself, while signing up for minor modeling assignments and foreign commercials. That’s not to say that the initial phase was entirely devoid of bright spots. In 2006, she made her television debut as a presenter in the much-hyped yet short-lived ‘Greg Behrendt Show’. In the following year, she contested in the second season of ‘Who wants to be a Superhero?’, a reality TV show hosted by the legendary comic book writer, Stan Lee.

Then, she started vlogging proactively on YouTube. The initial V-logs consisted mostly of tributes to acclaimed filmmaker Quentin Tarantino – whom she idolized – and short, random sketches. But the added advantage of being an eye-candy with a sense of humor and a strong personality helped her gain followers steadily. She was too smart to let the opportunity slide.

Furthermore, from fashion and beauty tips to relationship advice; from intensely personal confessions to meltdowns; from incredibly silly bantering to naïve rants, her channel has all the ingredients to whet the appetites of the audience. Between 2008 and 2011, she made numerous guest appearances in popular TV shows like ‘Modern Family’, ‘The Price is Right’ and ‘The Ellen DeGeneres Show’. A particularly memorable appearance came in 2010, when she confessed in an episode of ‘My Strange Addiction’ that she is a tanning addict.

Though uncredited, she also landed parts in hit movies like ‘Yes Man’ and ‘Faster’ during this period. Avenues that once seemed inaccessible opened one by one, with podcasts, music video appearances, and awards show performances lining up for the picking. The new-found popularity coincided with the release of two of her books – ‘The Stripper Diaries’ and ‘The History of My Insanity’, both released in 2013. 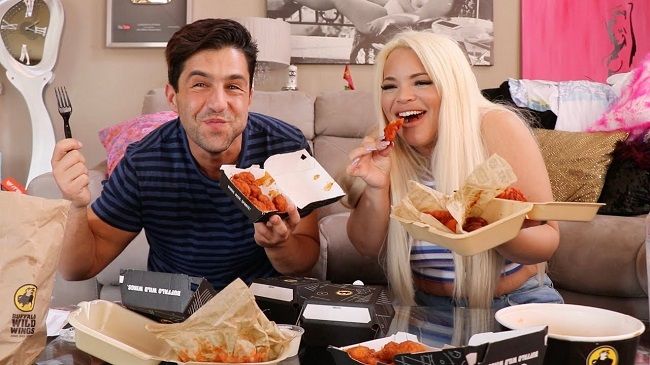 The year 2014 was the golden year in many respects for her. Besides crossing the one-million follower’s mark on YouTube, she conceptualized, co-produced, and starred (opposite Richard Grieco) in a 15-minute short film titled, ‘Viral Video’, which surpassed the million-views mark quite soon. However, that was not the end of the story. The ever-so ambitious she soon forayed into music – a bold move that paid off quite well.

Though she had appeared in a few music videos before, she had never ventured into the music world as a vocal artist until 2015. However, the release of her debut EP, ‘Fat Chicks’, in 2015, was a game-changer. In the same year, she released two more Extended Plays – ‘Superficial Bitch’ and ‘Under the Covers’. Whereas ‘Under the Covers’ featured covers to hit songs across every genre, ‘Superficial Bitch’ was one of the first original songs recorded by her.

Most of these songs had accompanying music videos starring her, which ensured that they reached a wide audience and got featured on websites like ‘Cosmopolitan’ and ‘The Huffington Post.’ In 2016, her fourth EP, ‘Daddy Issues’, which reached No. 6 on the iTunes pop chart and made it to the Billboard Charts. This was a first in her budding music career, and the No. 25 on the Billboard Charts for Up and Coming Musicians remains the high-point of her journey.

By the fact that she is constantly in the spotlight, has made her susceptible to controversies. And unsurprisingly, she has embraced the scandals rather than shy away from them. The worst of it remains her mid-2015 video supporting Donald Trump, which resulted in a huge backlash. Within days of her pro-Trump campaign, she lost close to 50,000 followers and was at the receiving end of public outrage.

The more recent of these scandals is the ongoing war of words between her and her (ex-)superfan, Daniel E Carroll. The feud started in early-2016 when she blogged about an online stalker who has been harassing her for years. According toshe, the autistic Daniel had been bestowing “unwanted attention” upon her for the past five years, and what she initially supposed to be a case of ‘super fan crush’ soon turned out to be obsessive online stalking.

In rebuttal, Daniel has posted two videos detailing his relationship with her. While admitting to being a little carried away by his admiration for her, Daniel reiterates that she was initially very much chummy with him and encouraged him to be her de facto defender against online trolls and haters.

The online stalker story, according to Daniel, is a construct of her wild imagination, calculated to regain her waning popularity following the Trump fiasco and win a few followers at his expense. Whatever the truth of the matter is, things have turned pretty ugly between the two.

Talking about her personal life, Trisha has always openly talked about her issues on her channel and TV as well. She started a relationship with Sean Van Der Wilt in 2015, but they later broke up. At the start of 2018, she was in rumors to be dating writer and YouTuber, Jason Nash. The rumors were later confirmed when she began appearing on his social media posts as well as videos.

Moreover, she has collaborated with Jason on his channel and appeared in several of his vlogs. Jason, who is also a divorcee and a father of two of his kids was criticized for the relationship with her as a way to gain more followers on social media. However, the couple has mocked the theories and continued being a couple. However, they began dating in 2017 but were reported to have separated in February 2019. According to the latest online reports, she was in an affair with Jon Hill, a drummer. 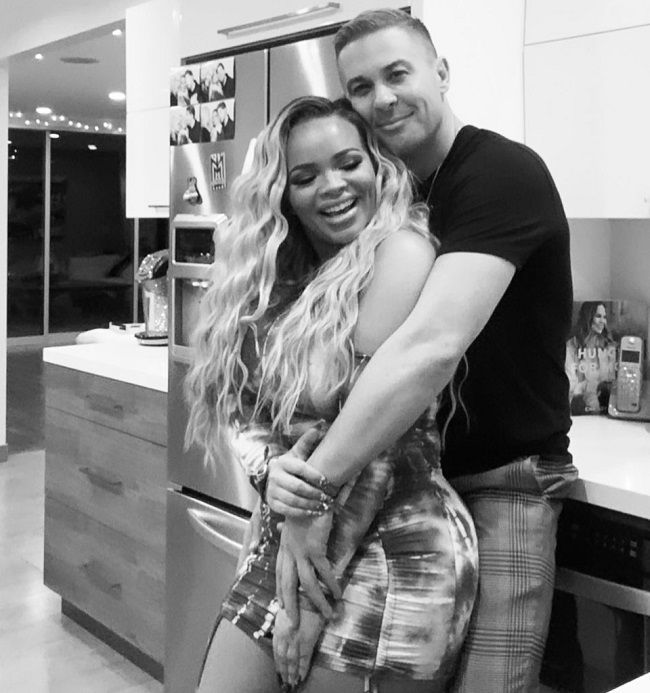 She is a pretty lady with an amazing personality. She stands tall at a height of 5 feet 4 inches and weighs around 86 kg. Her chest-waist-hip measurements are 34-26-35 inches respectively. She has a pair of hazel eyes and blonde hair. Moreover, she wears a shoe size of 8 (US).

She has a huge number of fans on social media accounts. Trisha has earned more than 2.2 million followers on Instagram. Moreover, she also has a second Instagram account under the username ‘@Trisha Paytas 2’ where she has garnered over 85.2K followers. She is quite famous on Twitter with more than 664K followers.

Her self-titled YouTube channel has gained over 1.36 million subscribers. Likewise, her official Facebook account has earned over 550K followers. She is also available on TikTok with more than 1.5 million followers and more than 14.8 million likes.