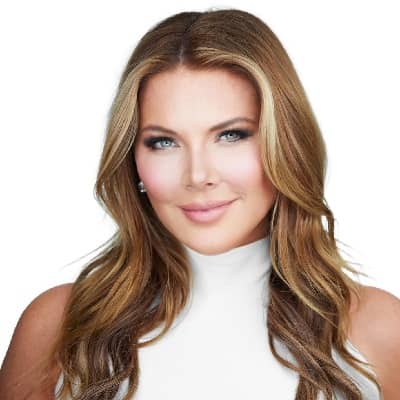 Actually, Trish Regan is her professional name and her real name is Patricia Ann Regan. Trish Regan is a traditionalist American television talk show host and author. She starred in hosting Trish Regan primetime on the fox business network.

She was born on December 13, 1972, in New Hampshire. As of now, her age is 49 years old. There is not much information about her parents and sibling. Her father worked as a journalist and her mother works as a freelance feature writer and worked for newspapers such as The Daily Telegraph and Boston Globe. She spent her childhood with her sibling, sister named Caitlin Regan

In her childhood, she didn’t think about being a journalist or a host or author. Her dream was to become an opera singer.

She had attended her high school at Phillips Exeter Academy. She is a very talented lady who has been crowned “Miss New Hampshire” and also represented her home state in the ‘Miss America 1994’ beauty pageant. As a child, her dream was to become an opera singer so she had gone to ‘New England Conservatory of Music in Boston to learn music and opera.

Likewise, she had also attended the ‘America Institute of Musical studies’ in Austria. Trish graduated in 2000 with a bachelor’s degree in history from ‘Columbia University. Moreover, she has specialized in the analysis of the economic and political dangers of Latin American countries.

At first, she worked at the emerging markets desk at a hedge fund. Then she worked for the investment firm ‘Golden Sachs’. She also interned with NBC news during her senior year at the university, she loved the job and found her true passion.

In 2001, she started her journalism career with CBS MarketWatch. For the news program CBS Evening News, she worked as a business correspondent, and till 2007 she worked. For the shows ‘Face the Nation’ and ‘48 hours’, she was a contributor.

She hosted a daily markets show and created documentary long-form programming for the network From 2007 to 2012.

From 2012 to 2015, she worked as an anchor at Bloomberg Television. Likewise, she hosted the daily global market show “Street Smart with Trish Regan”.

From 2015 to 2020, Trish joins Fox Business Network and Fox News. She works as an anchor for the intelligence Report with Trish Regan on weekdays, then Trish Regan Primetime. 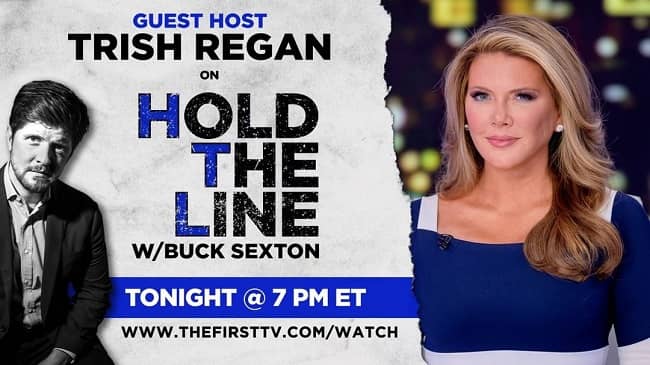 As she has contributed her hard work in journalism she was nominated for a best documentary Emmy award and also earned a Gerald Loeb nomination for her documentary work on ‘Against the Tide: The Battle for New Orleans’.

As she is a well-known journalist and has worked so many years her estimated net worth as of 2020 is $20million. Every company where she works was proud to have such a talented lady. At present, she has been receiving a salary of $8 million per year.

Trish is a married woman as well as an independent woman.  Her husband’s name is James A. Ben. They married in 2001. Together they have three kids, two twin daughters, and one son. The daughter’s name is Alexandra Ben and Elizabeth Ben, son’s name is Jamie Ben.

In August 2018, she made pejorative comments on Denmark’s economic model by saying it was infeasible and said that there was something rotten in Denmark. She had made several deceptive claims about Denmark. However, Denmark is ranked higher on indicators of economic freedom, ease-of-doing-business, happiness, and has higher employment figures. Then Regan’s figures about Danish unemployment were only correct if she included also unemployed babies, children, and retired people.

In fact, Denmark’s unemployment rate was lower than that of the US. Moreover, she also said that nobody graduates from school as the government pays students to go to school, according to The Washington Post. However, direct comparison is difficult. In fact, less than 60% of US college students finish in six years whereas in Denmark 79% of undergraduates finish their coursework. Then the paper noted that this encompasses students who can’t afford college in the United States.

After her comments were criticized in the US and Danish press, Regan tried to clarify her comments. by saying: “Just to be clear, I was never implying that conditions in Denmark were similar in any way to the current tragedy on the ground there in Venezuela”. She includes, “I was merely pointing out, using reports from The Atlantic, The Independent, and other publications, that socialism is not the way.” These sources have since disproved her claim, saying that “Our articles do not show that socialism does not definitively work”.

In the middle of coronavirus on March 9, 2020, she said democrats had exploited the crisis for political gain as Fox Business ran a chyron saying “Coronavirus Impeachment Scam. Trish said, “The chorus of hate being leveled at the President is nearing a crescendo as Democrats blame him, and only him, for a virus that originated halfway around the world; this is yet another attempt to impeach the president, and sadly it seems they care very little for any of the destruction they are leaving in their wake.” After the march 12th broadcast, Fox Business put her show on hiatus. On March 27, Fox Business had parted ways with her which was reported by Variety.

Trish is a beautiful woman with dyed brown hair and blue eyes. She stands for a height of 5ft 5 inches and weighs around 59kg.