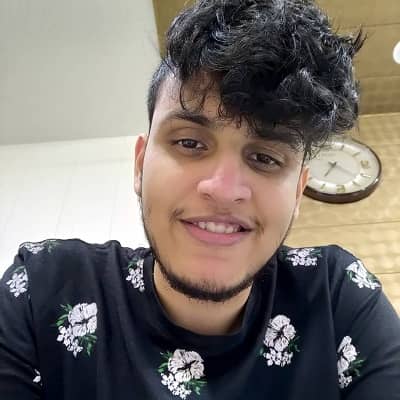 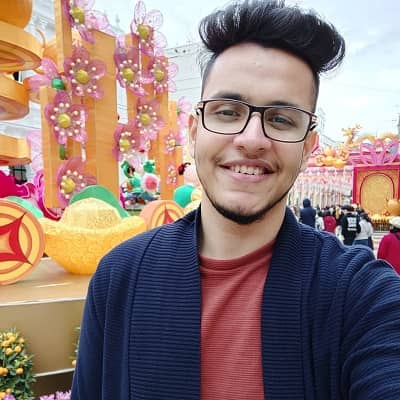 Triggered Insaan was born as Nischay Malhan. He came to this world on November 14, 1995. Nischay was born and raised in New Delhi, India. Likewise, his real name is Nischay Malhan. Currently, his age is 26 years old and his birth sign is Scorpio. Moreover, his sister Prerna Malhan and his brother Fukra Insaan are also YouTube stars.

Likewise, his mother, Dimple Malhan, is also a YouTuber on the Dimple’s Kitchen channel. Moreover, he studied engineering at the Indraprastha Institute of Information Technology in Delhi. 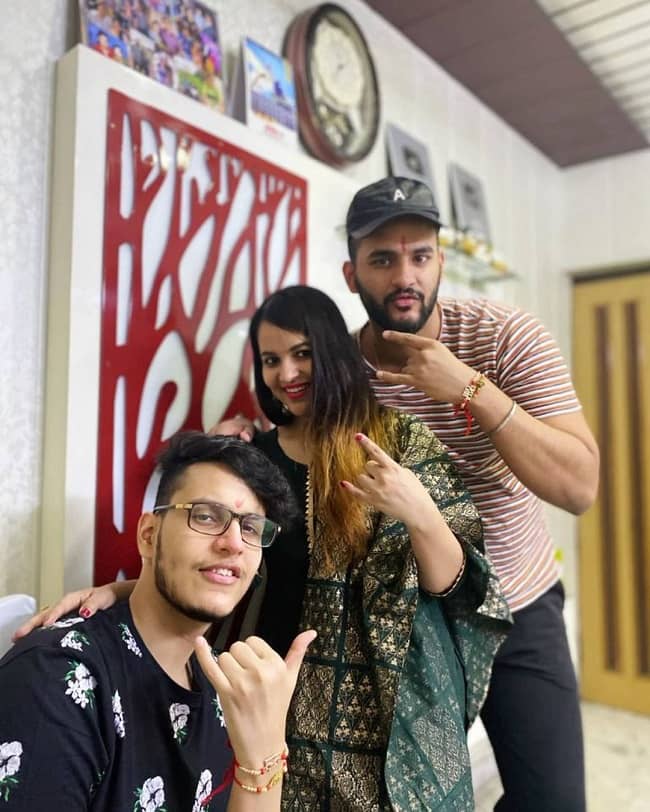 Triggered is a YouTube star, best known for his commentaries, roasts, rants, and reactions to all things revolving around Bollywood, Indian media, and social media influencers. Therefore, he left the job and started making small videos at his friend’s house while lying to his parents about him going to his job every day. Moreover, this continued until his videos went viral and he told his parents that he wants to be a YouTuber.

The channel was originally created on July 17, 2014. And after that, he continued to post videos on YouTube and gradually became a successful and established YouTuber. Moreover, Nischay uploaded his first-ever YouTube video on the channel on June 25, 2017, and by the next 365 days, he gained more than 100K subscribers. Further, in February 2019, his youtube channel crossed the milestone of 1 million subscribers.

Moreover, in August 2020, Nischay live-streamed games for 24 hours straight for fundraising for flood relief for the states of Assam and Bihar. He even has a gaming channel called Live Insaan where he uploads gaming Videos like PUBG, and Minecraft And He Used To Upload Getting Over It. Nischay is credited for the popularisation of the famous Hindi dialogue “Oh Bhai… Maaro Mujhe Maaro!”. 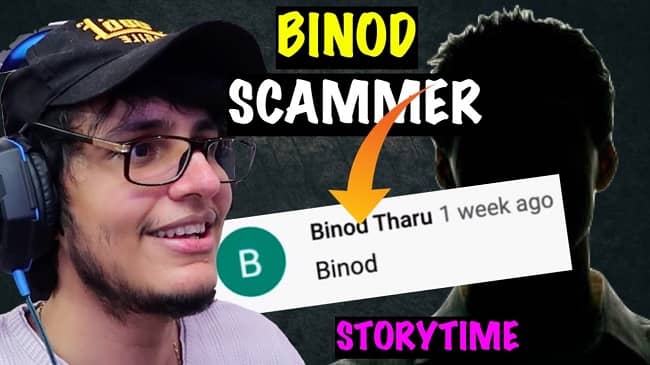 Nischay initially started collaborating with Mythpat on April 26, 2020, in the game ‘Grand Theft Auto 5’, where they played online together completing fictional missions. Therefore, the series was successful and had two more episodes – 3 and 4. Moreover, on June 14, 2020, Mythpat uploaded a video titled “PHOTOSHOPPING INDIAN YOUTUBERS”, where he messed with the faces of different Indian YouTubers, which included Nischay.

Moreover, Mythpat had drawn a pineapple design across his face, and after showing it to Nischay, he conveyed a thumbs up. And, later in the game of Minecraft, Mythpat mysteriously lost his pet Llama. Moreover, involving Nischay in it, the llama was “confirmed” to be “kidnapped” by Nischay, and this gave rise to a brand new series.

As a popular YouTube personality, he is sure to pocket a handful amount of money. His estimated net worth as of December 2020 is $5.8 million.

Speaking of his personal life, Triggered has a single relationship status. His dating history remains unknown as well. He has kept his personal life away and safe from the limelight. Further, he might also be waiting for the right time and the right person to be in a relationship. As of now, he is busy focusing on his career and developing his skills. 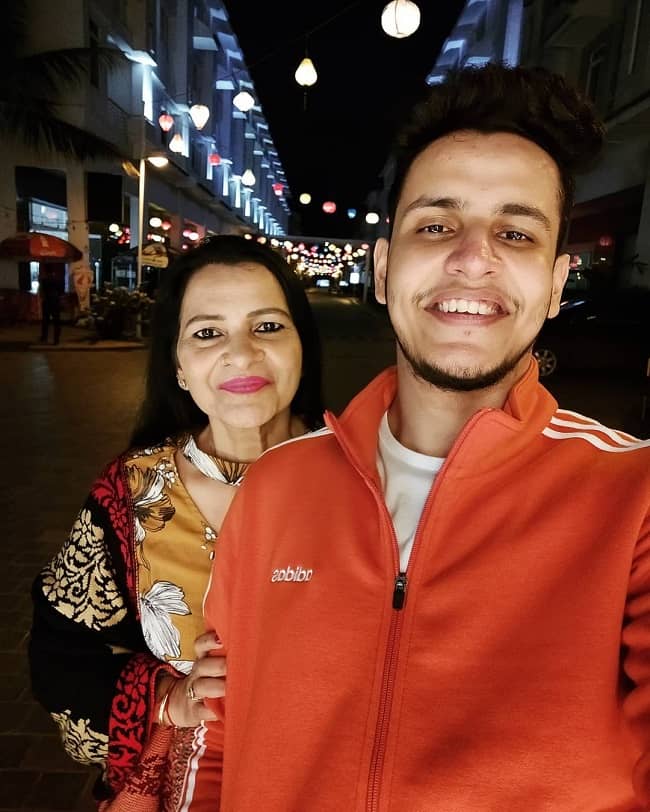 Moreover, many criticize Nischay for being a CarryMinati-clone, though both channels seem to take influence from YouTuber LeafyIsHere or other commentary channels in a similar fashion.

He has maintained a good and fit body physique. He has a height of 5 feet 9 inches and a balanced weight of 65 kilos. He has not shared further details regarding his body measurements like chest-waist-hip, dress size, shoe size, etc. Furthermore, he has a pair of dark brown eyes and also has dark brown hair. 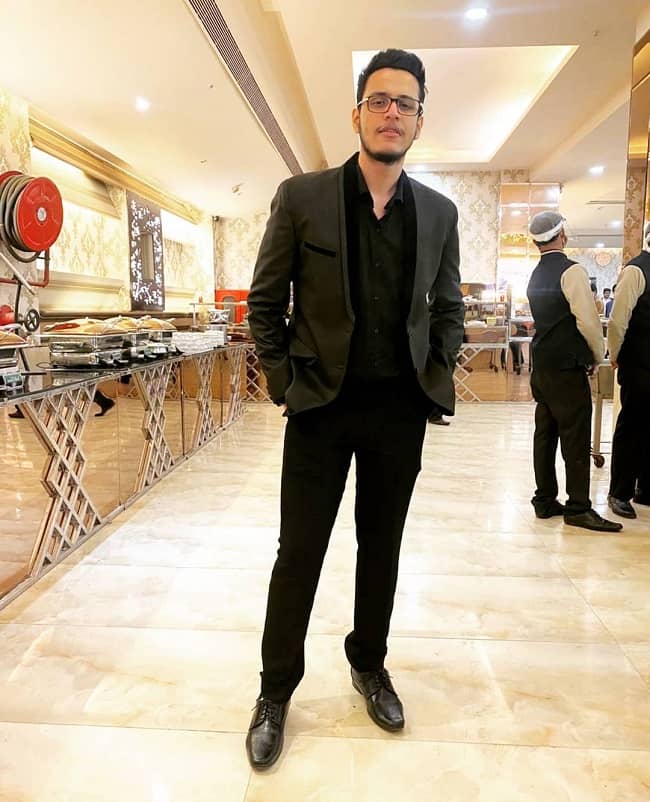 The triggered Instagram account ‘@triggeredinsaan’ has earned over 929K followers. Similarly, his ‘Triggered Insaan’ YouTube channel has gathered over 7.81 million subscribers. Moreover, he is also active on Snapchat under the username ‘@Triggered insaan’. He has gained over 35.5K followers on his Twitter account.