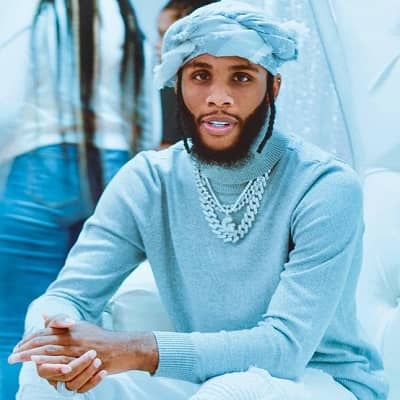 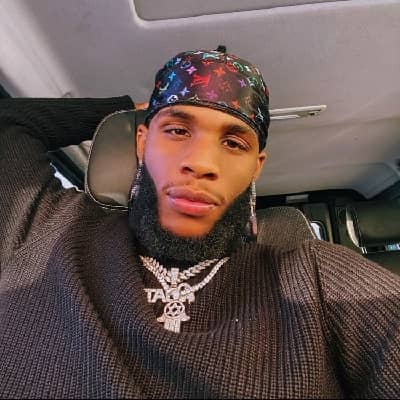 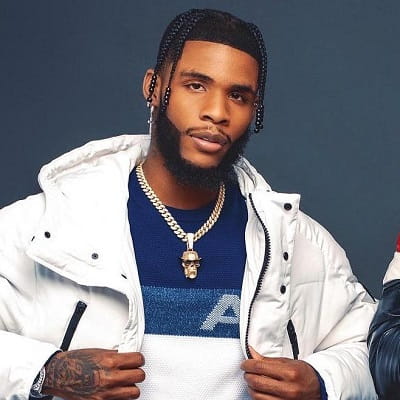 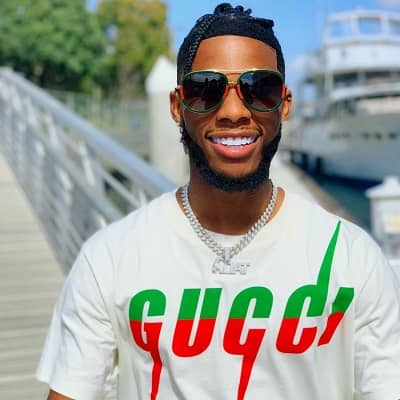 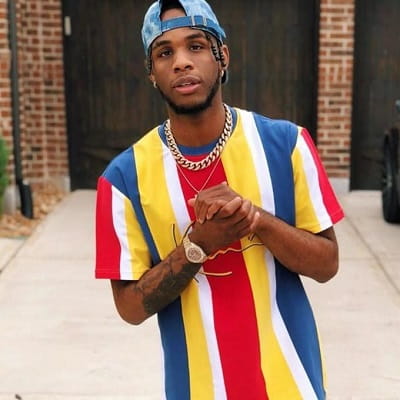 Trey Traylor is an American internet personality, singer, and musician. Trey Traylor performs alongside his brother Armon Warren. Moreover, they have earned over 2.1 million followers on their ‘Ar’mon And Trey’ Instagram account.

Trey Traylor was born on November 25, 1998, in Detroit, Michigan, United States. The present age is 23 years old and his birth sign is Sagittarius.

He has six siblings, brothers, Armon Warren, Dwight Burton, Terrell, and sisters, Queen Naija, Princess Niah, and Tina. They were raised by their mother, Chiquita Hathaway. Trey grew up with a deep love for music and show business. 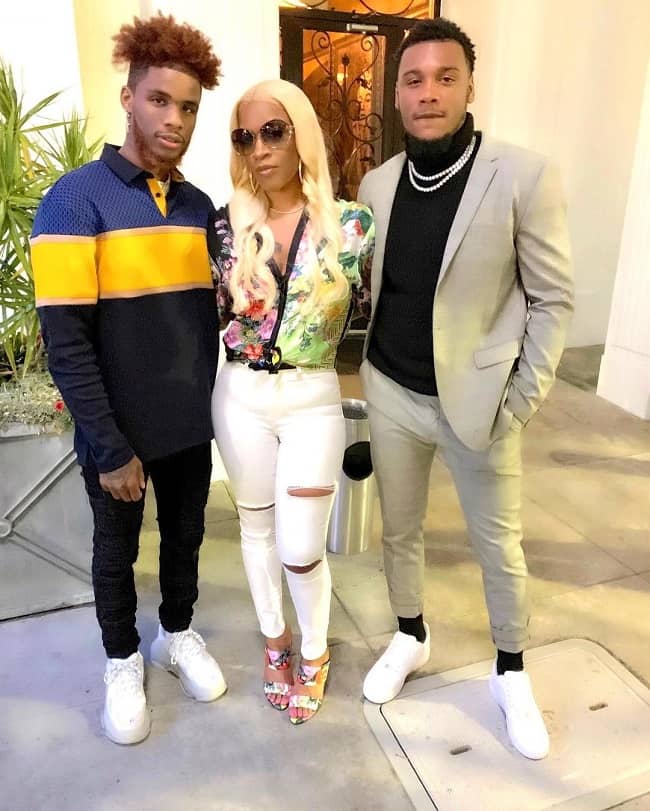 Caption: Trey Traylor clicking a photo with his mother and brother. Source: Instagram

And, his ‘@trey.traylor’ TikTok account has amassed more than 1.5 million followers and more than 8.9 million likes.

Trey and Armon began performing at an early age. Gifted with a great voice and an intuitive ear for music, he loved to sing as a child.

The brothers found music to be something they could bond over and in time, they started performing together. When they set up their Vine account in the early 2010s, it was simply a way for them to strengthen that bond.

Soon, they gathered a large following on the platform with their six-second-long covers of famous songs.

After Vine shut down, the brothers followed the route that many other erstwhile Viners took; they set up a YouTube account. Simply named “Armon And Trey”, the channel was created on December 28, 2014.

Fortunately for them, the majority of their audience made the transition along with them and soon Trey and Armon were accumulating new viewers on the video-sharing platform.

They performed wholeheartedly, successfully covering some of the hardest songs out there. 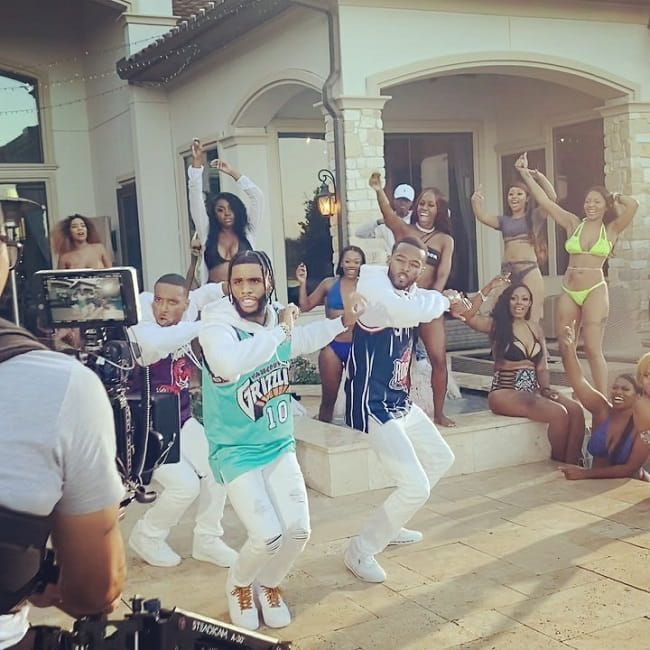 They began focusing on YouTube once Vine shut down for good. Fortunately, the majority of their audience made the transition along with them to YouTube.

Soon enough, each of their videos was attracting hundreds of thousands of views. In time, the channel grew even bigger. On 1 June 2018, they released their first debut EP called “Long Story Short”.

Previously, they dropped a single, “FOREVER” in May, which got viral among youths very fast.

After years of covering songs by artists, such as Christ, Usher, and Drake, Trey and his brother have started creating their original music. Some of their most popular songs are ‘No Strings’, ‘Breakdown’, and ‘Drown’.

Moreover, a phone case that features pictures of Armon and Trey became available in the online store Thug Ave. Furthermore, he created his self-titled YouTube channel on October 1, 2017.

Being a member of ‘Armon And Trey, Trey has released several singles and EPs such as ‘Just in Case (feat. Yung Bleu)’, ‘Right Back (feat. YoungBoy Never Broke Again)’, ‘Long Story Short’, ‘Forever’, ‘Drown’, and ‘Breakdown’. 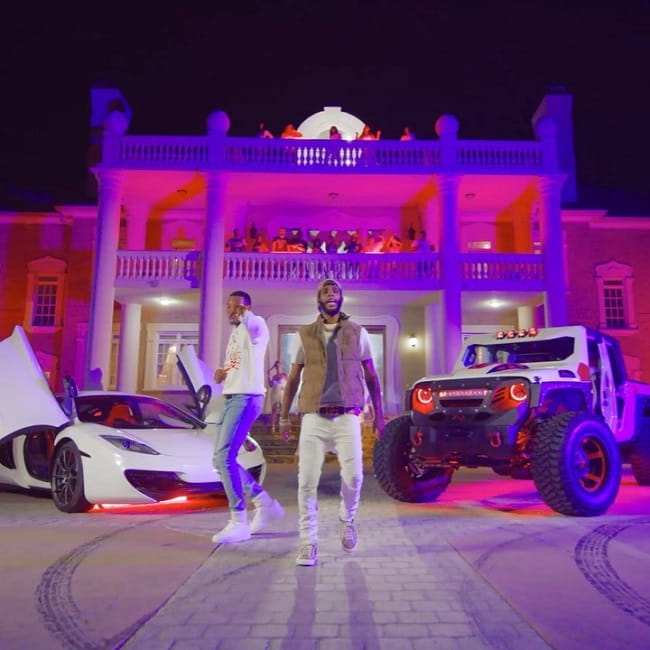 Caption: Trey Traylor and his brother in their ‘No Change’ music video. Source: Instagram

Traylor is in a relationship with the stunning Instagram star, Senia Mariee, whom he started dating in 2019. They have been together for quite a while and can often be seen hanging out with one another.

Both Senia Mariee and Trey Traylor keep their fans engaged by uploading their pictures on social media. Moreover, the couple is expecting their first child together. 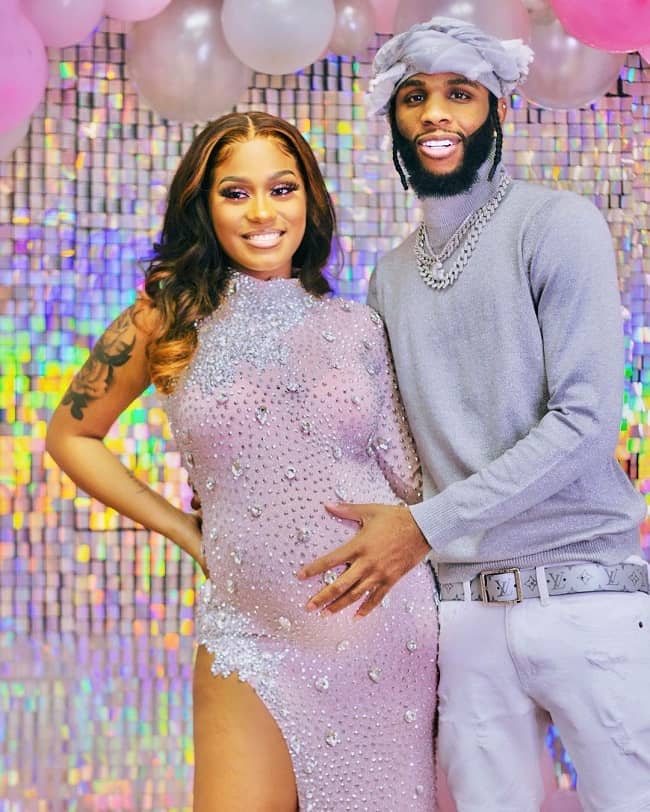 Caption: Trey Traylor and his girlfriend clicking a photo on their baby shower day. Source: Instagram

This handsome person has an athletic and muscular body physique. He is 6 feet 2 inches tall and weighs around 75 kilos. His chest-waist-arms measurements are 42-32-14 inches respectively.

Moreover, he wears a shoe size of 12 (UK). He has a pair of dark brown eyes and he has black hair. Likewise, he has maintained a toned physique by working out regularly.

This talented and successful personality surely earns a decent amount of money. He is sure to pocket a good amount of money for himself. However, he has not shared his net worth and other earnings with the public yet.