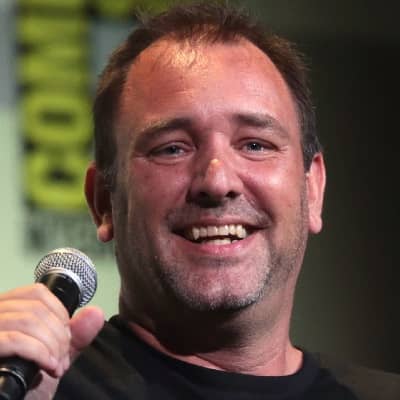 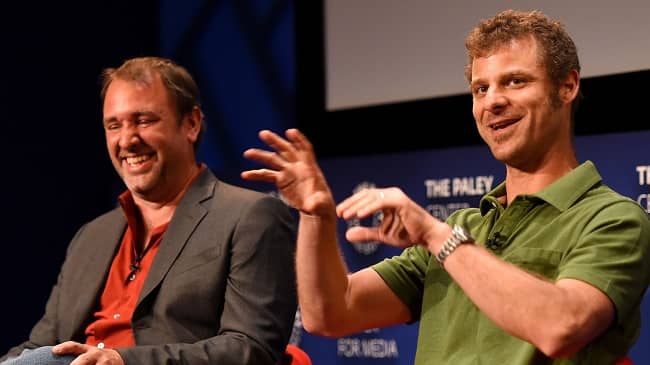 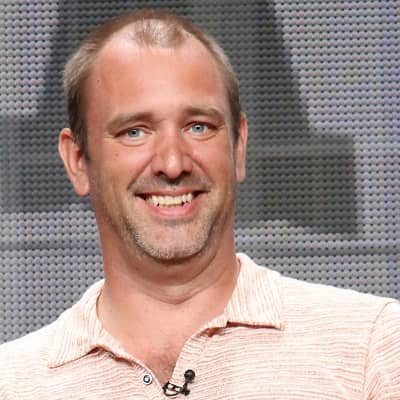 Trey Parker happens to be an American animator, writer, producer, director, and actor. Trey Parker has gained fame for co-creating South Park with his creative partner Matt Stone. Likewise, the animator has gained worldwide attention and fame for his works.

Trey Parker was born in the year 1969 and celebrates his birthday on the 19th of October every year. Likewise, his birth name is Randolph Severn Parker III.

In addition, he was born in Conifer, Colorado, USA. Similarly, the celebrity animator belongs to American nationality and was born under the star sign Libra. He is 52 years old.

Moving on towards the family background of the celebrity animator, he was born to Randy and Sharon. Likewise, his father happens to be a geologist and his mother happens to be an Insurance broker. Speaking of siblings, he has an older sister named Shelly.

Similarly, as a child, he used to perform in his school’s talent shows. As a sixth-grader, he began creating skits, and as a teenager, he discovered his passion for musical theater. He even designed the sets for the community theater’s presentation of ‘Little Shop of Horrors.’

Reflecting upon the educational background of the celebrity animator, he first went on to attend Evergreen High School.

Likewise, after his high school graduation, he went on to attend Berklee College of Music. Similarly, he also went to the University of Colorado to study music and Japanese.

‘Jesus vs. Frosty’ was created with only construction paper, glue, and an antique film camera. In 1992, the picture had its world premiere at a student film festival.

In 1993, the duo developed and directed ‘Cannibal! The Musical,’ an indie black comedy musical largely inspired by the true story of Alfred Packer. They made another animated feature, ‘Jesus vs. Santa,’ in 1995.

Moreover, The story centered around the exploits of four young lads. The film went viral on the internet and was noticed by Comedy Central, who approached Parker and Stone about developing the ‘South Park’ series.

In the year 1997, the Comedy Central television network premiered the adult animated sitcom ‘South Park.’ The show became well-known for its coarse language, sexual themes, and dark humor, all of which were aimed at an older audience.

The show quickly rose to the top of the channel’s ratings. The duo was inspired by the popularity of ‘South Park’ to co-write and produce a feature film based on the show. Similarly, In 1999, the musical comedy film ‘South Park: Bigger, Longer & Uncut was released. 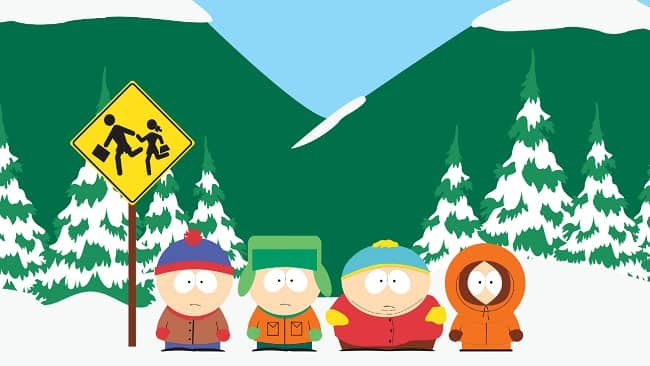 Caption: A frame of the series south park(source: Instagram)

‘That’s My Bush!’ was a comedic television series developed by Parker and Stone. The series ran on Comedy Central from April to May 2001. The show was based on a fictitious portrayal of President George W. Bush’s personal life.

As of now, he then married Boogie Tilmon in 2014 and however, they divorced in 2019. They had a daughter together named Betty Parker.

The animator has made time for his fans through his social media. Likewise, as of now, he is active on Twitter only. Similarly, he has over 23k followers on his Twitter account.

Regarding body measurements of the celebrity animator, he stands stall at height 6 feet 1 inch and weighs 80 kg. In addition, the animator has a pair of blue eyes with brown hair.