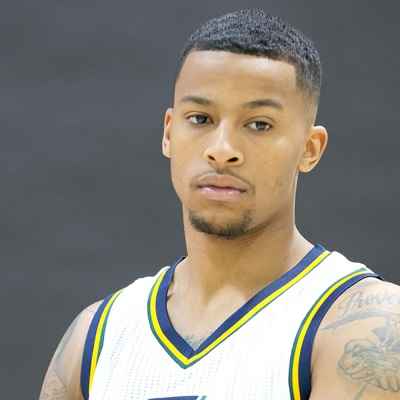 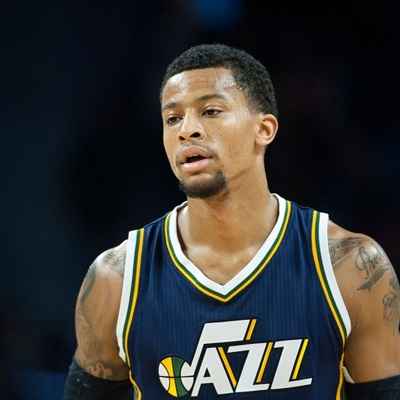 Trey Burke is a very famous American Professional Basketball Player. Trey Burke became the National Player of the Year in 2012-13 after leading the Wolverines to the NCAA Championship game. Moreover, he was even selected 9th overall in the 2013 NBA Draft by the Minnesota Timberwolves. He also promptly traded to the Utah Jazz in exchange for two first-round picks.

Trey Burke was born on November 12, 1992, in Columbus, Ohio, USA. He is 29 years old and his astrological sign is Scorpio. He holds American nationality and his full name is Alfonso Clark “Trey” Burke III.

His father’s name is Alfonso Clark “Benji” Burke ll and his mother’s name is Ronda Burke. He also has two sisters and names are Amber and Amani. Talking about his parents, they met each other while his father was attending Northwest Missouri State University.

Benji used to play Division II basketball at the university after spending time at Northeastern Oklahoma A&M College. On the other hand, Trey’s mother had just completed her tenure at Ruskin High School at that time.

Regarding Trey’s childhood, when he was 5 years old, his local youth basketball league had to change its rules so that he would not keep stealing the ball from the other team.

He even became Jared Sullinger’s best friend in fourth grade but separated when his mother was transferred to Atlanta in sixth grade. Along with that, when he was 9 years old, his father made him do everything with his left hand so that he could develop his ambidexterity. 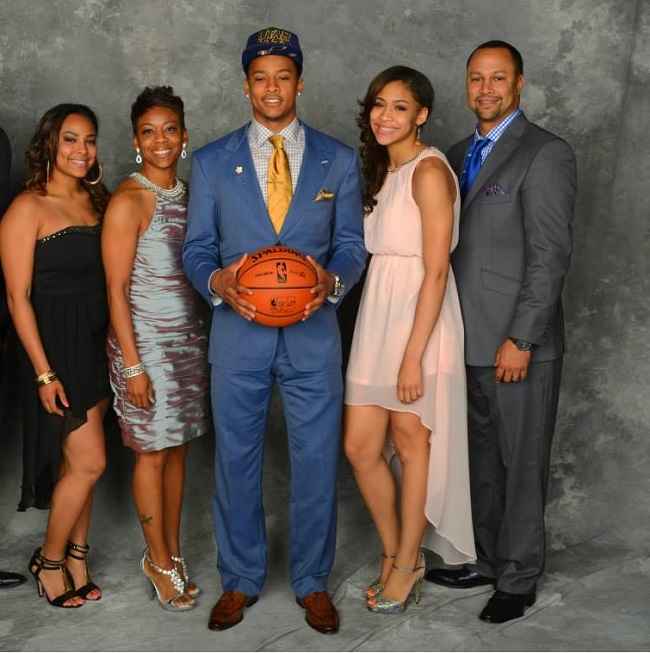 Caption: Trey Burke along with his parents and sisters (Source: Opendrose)

Trey Burke chose to attend Northland High School. But he did give a verbal commitment to Penn State in 2009 after receiving his first Big Ten Conference offer but later changed his mind to Michigan. He was able to make the high school varsity team as a freshman.

And, between his freshman and second years, his summer league team was defeated when Darian Cartharn who had been trained by Anthony Rhodman. So, Trey went on to become a regular client of Rhodman’s despite his hectic scholastic, training, and competition schedules.

When he was a sophomore, he was able to play against Dublin Scioto High School and Princeton High School. And, in his junior season, he along with his team went on to defeat Oak Hill Academy, Findlay Prep, and Lincoln High School.

And, before his senior season, he was able to sign his National Letter of Intent with Michigan in the November signing period. Likewise, most elite-level high school basketball players participate in the summer Amateur Athletic Union circuit as a complement to scholastic competition.

And, Trey was able to play in the Amateur Athletic Union (AAU) national competitions with All-Ohio Red. His team was able to win the AAU U16 National Title in 2009 and finished as runner-up in the 2008 AAU U15 National tournament.

Trey Burke was able to debut in the season opener for the 2011–12 Wolverines against Ferris State on November 11. And, he became the Big Ten Freshman of the Week for his 36 points and 18 assists during the tournament on November 28.

Immediately after the season ended, he declared that he was not interested in the 2012 NBA draft. But on March 21, he did submit himself for evaluation by the NBA Draft Advisory Council.

Moreover, Trey Burke was one of 85 2013 Cousy Award watch list candidates on December 20, 2012. Then, on January 9, he went on to become one of 4 Big Ten points guards among the 20 Cousy Award finalists.

He even was able to earn Big Ten Conference Men’s Basketball Player of the Year in 2013. And was a unanimous 2012–13 All-Big Ten 1st team selection. Burke also became District V Player of the Year on its 2012–13 Men’s All-District V (OH, IN, IL, MI, MN, WI) Team. He went on to earn and receive many other nations as well as international titles and awards as well.

Trey Burke was selected 9th in the 2013 NBA draft by the Minnesota Timberwolves on June 27, 2013. He then went on to trade with the Utah Jazz for the 14th and 21st picks. He along with Hardaway Jr. became the first Michigan duo selected in the first round since Juwan Howard and Jalen Rose in the 1994 NBA draft.

Trey even was able to become the first Wolverine selection in the top 10 of the first round since Jamal Crawford in the 2000 NBA draft. He then signed a maximum rookie contract with the Jazz, resulting in a contract worth $5 million for his first two seasons and team options for the next two seasons.

Sadly, in October he broke his right index finger below the middle knuckle and had to go through surgery to insert surgical pins. So, he had to take a few weeks’ absences. He then was able to debut for the Jazz on November 20 with 11 points in 12 minutes of play.

He was able to experience his first NBA win in his fourth game and second start on November 25 against the Chicago Bulls. Moreover, Trey Burke became Western Conference NBA Rookie of the Month for December.

He was the first Rookie of the Month honoree for the Jazz franchise since Karl Malone in December 1985. Similarly, in January he became a Rising Stars Challenge participant as part of the 2014 NBA All-Star Game weekend. He also got the name Western Conference Rookie of the Month and receive the NBA Rookie of the Year Award. 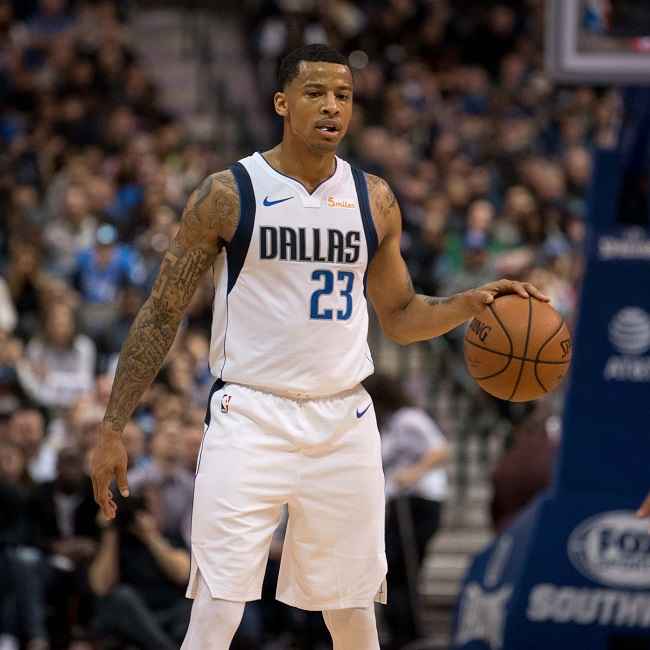 During the 2014-2015 season, he committed to representing the Jazz in the 2014 NBA Summer League. And, during the 2015 offseason, he became a participant in the first-ever NBA Africa Game.

Then, in July 2016, he was traded to the Washington Wizards in exchange for a 2021 second-round pick. He was able to make his debut for the Wizards in their season opener on October 27, 2016, scoring eight points off the bench in a 114–99 loss to the Atlanta Hawks.

And, on February 2, 2018, he was one of 24 players selected to the Midseason All-NBA G League Team. In the year 2019, he was traded to the Dallas Mavericks. In that same year, he went on to sign with the Philadelphia 76ers and also was able to score a season-high 21 points in a win over the Cavaliers.

Also, in the year 2020, following the suspension of the NBA season, he was able to sign with the Dallas Mavericks in replacement of the injured Jalen Brunson. He even signed a three-year, $10 million contract with the Mavericks.

Also, in June 2022, he along with Boban Marjanović, Marquese Chriss, Sterling Brown, and the draft rights to Wendell Moore Jr. were traded to the Houston Rockets in exchange for Christian Wood.

Trey Burke tied the knot with De’Monique Ann Nadine Chenault at the ivory room, in Columbus, Ohio, on October 8, 2017. They married each other in presence of their beloved ones. The couple has two children together. And, their first son was born on June 11, 2014, way before their marriage. 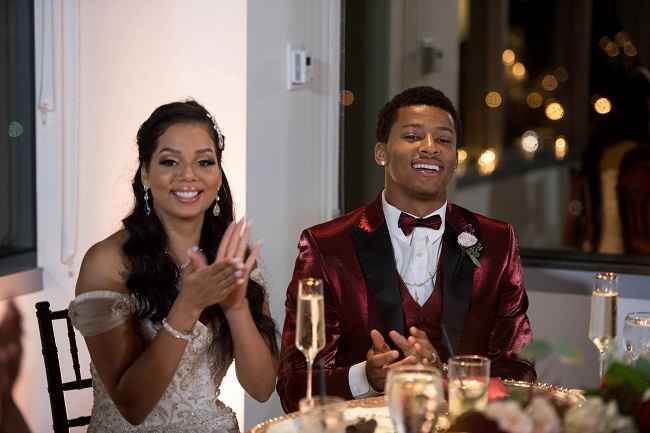 Trey Burke has a height of 6 feet and his weight is 84 Kg but his other body measurements are unknown as of now. Moreover, Burke has black hair and dark brown eyes. He also has tattoos on his body.

According to celebritynetworth, Trey Burke has a net worth of $6 million and his main income source has to his basketball career.