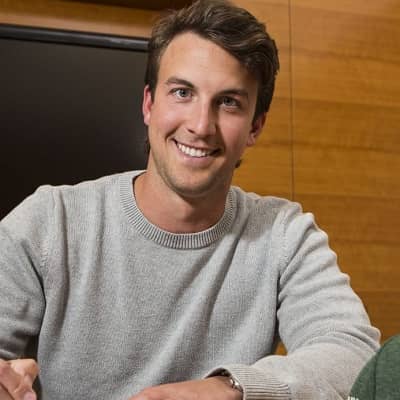 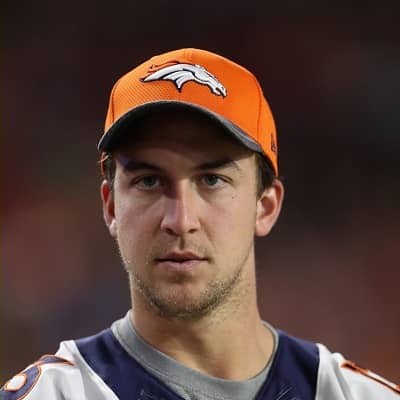 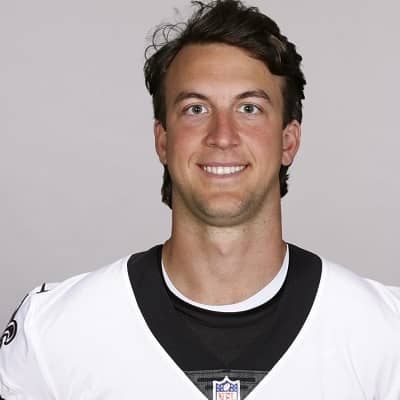 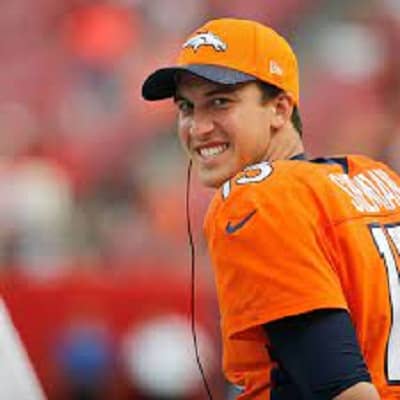 Trevor Siemian is an American football quarterback. Trevor Siemian plays for the Chicago Bears of the National Football League (NFL).

Trevor Siemian was born on December 26, 1991, in Danbury, Connecticut, United States, and is currently 30 years old. His full name is Trevor John Siemian. He is the son of Walter and Colleen Siemian. However, the information about Siemian’s siblings is not mentioned. 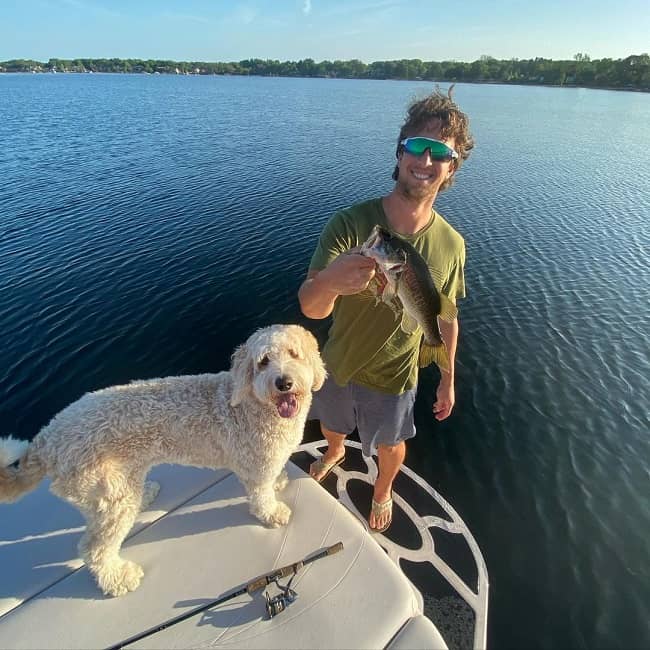 This famous player attended Olympia High School in Orlando, Florida. He threw for an Orange County record of 6,144 career yards and 53 touchdowns as quarterback for 3 seasons with the Titans on the football team. Moreover, Trevor was also an outstanding baseball shortstop, outfielder, and third baseman.

During his senior year, this personality was voted Mr. Olympia by his classmates. After achieving a 3.9 GPA and making the National Honor Society, he decided to attend Northwestern University over Rutgers, North Carolina State, and Harvard.

Siemian played college football at Northwestern. In the seventh round of the 2015 NFL Draft, he was drafted by the Denver Broncos. In addition, this amazing player was a part of the 2015 Broncos team that won Super Bowl 50. However, he has also played for the Tennessee Titans, Minnesota Vikings, New York Jets, and New Orleans Saints.

In the 2015 NFL Draft, he was rated the 22nd best quarterback by NFLDraftScout.com. Anticipating that he would not be drafted, Trevor lined up a job in Chicago for a career in commercial real estate. Moreover, he was drafted with the 250th pick (overall) of the 2015 NFL Draft by the Denver Broncos. This footballer was the seventh and final quarterback to be taken in the draft.

The quarterback Sam Darnold was ruled out indefinitely with mononucleosis on September 12, 2019, and Trevor was named the starter against the Cleveland Browns on Monday Night Football in Week 2. Unfortunately, he suffered an ankle injury on a late hit by Myles Garrett and left the game after completing 3 of 6 passes for three yards.

Then, he was replaced by third-string quarterback Luke Falk. Another day, it was disclosed that there were torn ligaments in his ankle, prematurely ending his season. In March 2020, he became a free agent. Later, on August 14, 2020, this player had a tryout with the Detroit Lions. 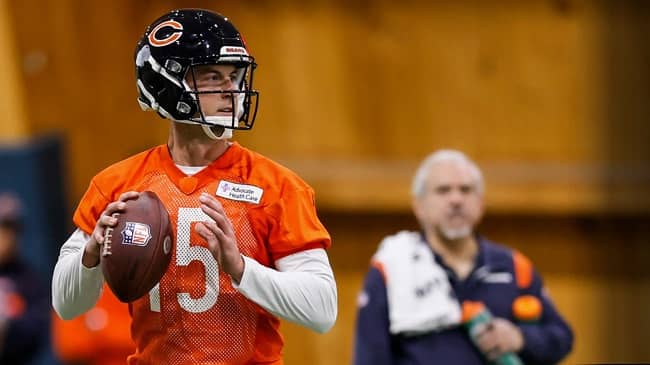 Trevor was signed by the Tennessee Titans to back up starter Ryan Tannehill on a one-year deal on August 19, 2020. On September 5, 2020, he was released by the Titans. Again, this player was re-signed to the practice squad the next day.

Moreover, On November 20, 2020, the New Orleans Saints signed him to their active roster off the Titans’ practice squad after an injury to starting quarterback Drew Brees. The Saints waived him on December 19, 2020. He was again signed to their practice squad three days later. Later,  this player signed a reserve/futures contract with the Saints on January 18, 2021.

Moreover, on August 31, 2021, he was released by the Saints and re-signed a week later. After starter Jameis Winston left the game with a torn ACL, Trevor made his Saints debut in Week 8 against the Tampa Bay Buccaneers.

Therefore, he threw for 159 yards and a touchdown leading the Saints to a 36–27 win. The following week, he was called the starter against the Falcons over Taysom Hill who had recently cleared concussion protocol.  Later, this footballer signed a two-year contract with the Chicago Bears on March 29, 2022.

In 2018, Trevor proposed to his girlfriend, Bo Podkopacz in Colorado while riding on a ski gondola. Later, that year, the couple tied their knot. In December 2020, Trevor and Bo have a son whom they welcomed. However, the name of their son is unknown though. As married pair, they are living happily together with their son. 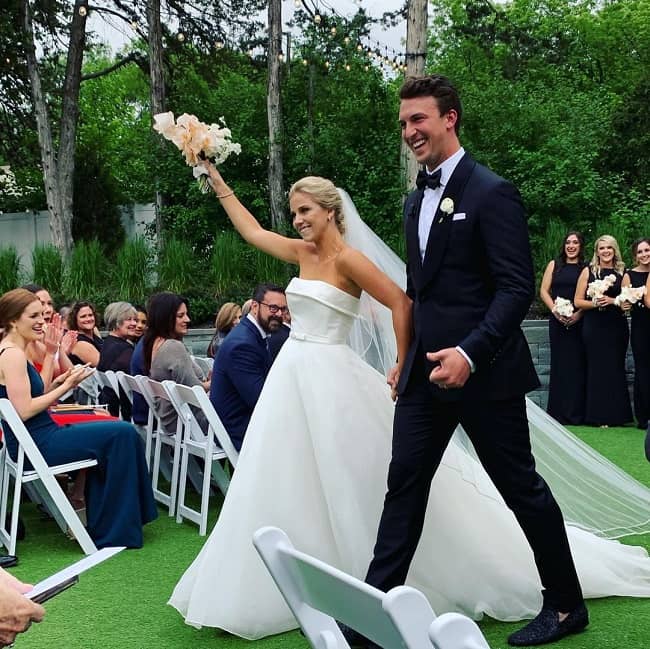 Trevor weighs around 99.8 kilos or 220 lbs whereas he has a height of 6 feet 3 inches or 1.91 m. This player has a set of hazel eyes and dark brown hair. Moreover, he maintains his body pretty well and stays healthy. Sadly, the information about his other body stats is unavailable. 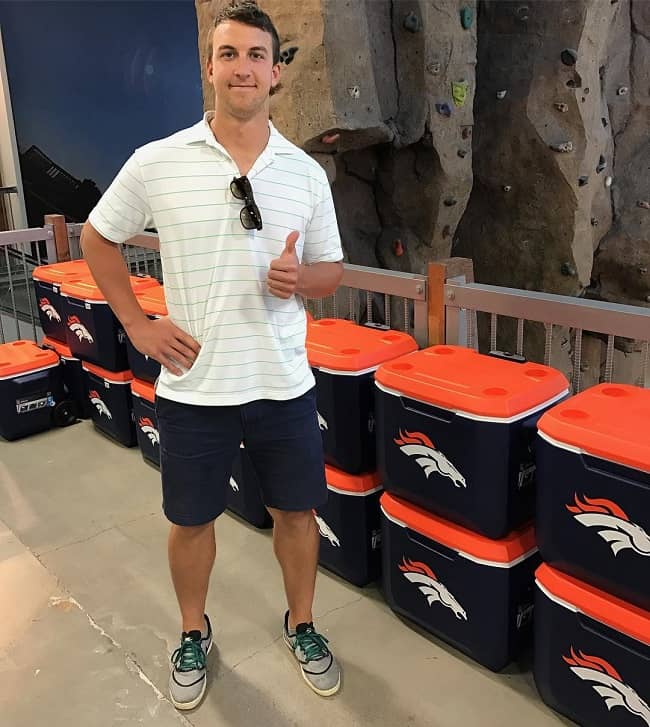