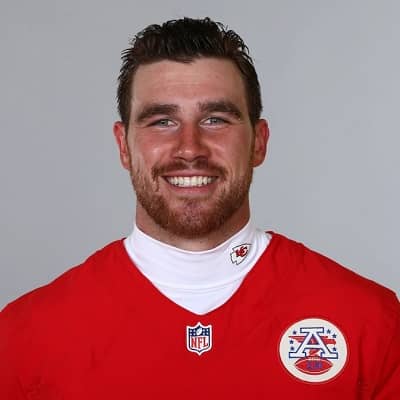 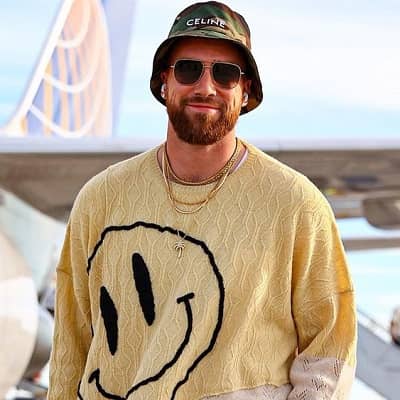 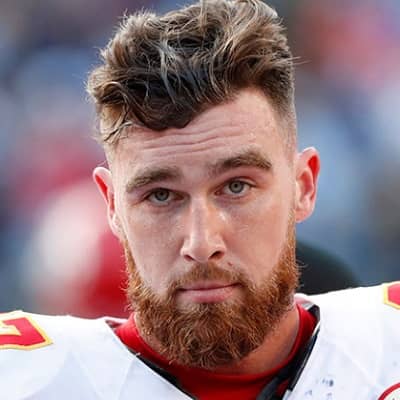 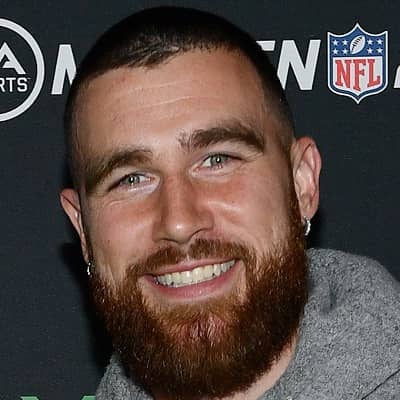 Travis Kelce is a young and talented American football player. Travis Kelce is well-known for playing the tight end for the NFL team Kansas City Chiefs since 2013.

Travis Kelce was born on 5 October 1989 and he is currently 32 years old. He hails from Westlake, Ohio and his zodiac sign is Libra. Talking about his family, Kelce’s father is Ed and his mother is Donna. Likewise, he has an elder brother named Jason Kelce. His brother is also an American footballer. As such, his brother plays as a center for the NFL team – Philadelphia Eagles.

Regarding his educational journey, he is an alumnus of Cleveland Heights High School. At this school, Kelce was a three-sport athlete who played football, basketball, and baseball. He excelled at football and was a 3-year letter winner as quarterback for the Tigers. Also, he is recognized with All-Lake Erie League honors. 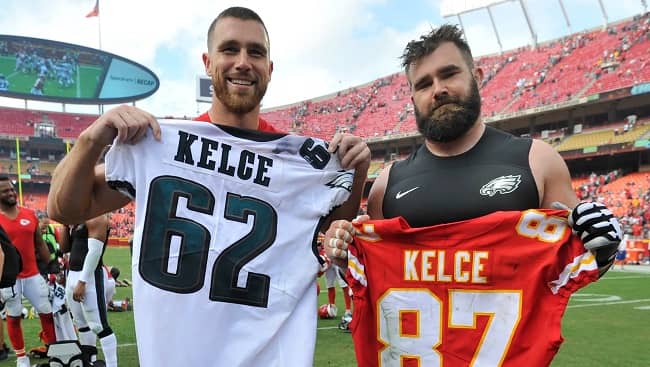 Caption: Travis Kelce posing for a photo with his brother Jason, who is also a fellow footballer playing for the team Philadelphia Eagles. Source: Cincinnati Enquirer

Professionally, Travis Kelce is a talented American footballer. As such, he plays as the tight end for the National Football League (NFL) team Kansas City Chiefs. This team drafted this footballer in the 3rd round of the NFL Draft in the year 2013. Later on, this footballer won Super Bowl LIV with the team over the San Francisco 49ers.

Likewise, this American footballer played college football at the University of Cincinnati. Also, this player is a 7-time Pro Bowler and a 3-time first-team All-Pro selection. Moreover, Kelce holds the NFL record for most consecutive seasons. This player made this record with 1,000 yards receiving by a tight end. Also, he holds the record for most receiving yards by a tight end in a single season, i.e. 1,416. Furthermore, Kelce was named to the NFL 2010s All-Decade Team.

Then in the year 2015, this personality started the “Eighty-Seven & Running” foundation. Kelce did this to give mentoring, training, motivation, and opportunities to underprivileged youth. Furthermore, this American footballer is also the founder of Tru Kolors Brand. 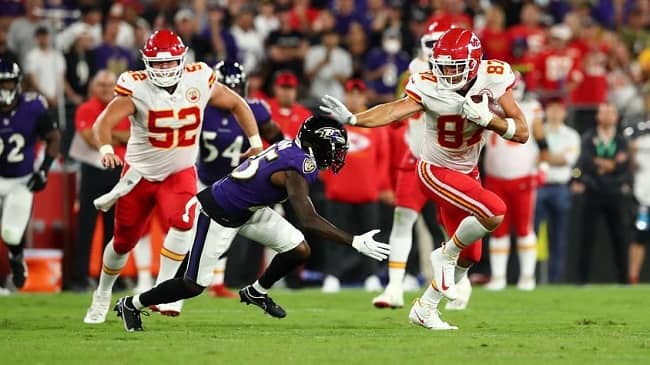 Travis Kelce is in a romantic relationship with Kayla Nicole. His girlfriend is a popular Youtube star as well as a social media influencer. The news regarding Kelce and Nicole’s relationship was confirmed in May 2017.

Prior to this relationship, Kelce was in a romantic relationship with Maya Benberry. Maya was actually the winner of the E! Entertainment Television dating show Catching Kelce, in which the footballer chose Maya. The footballer joined the show in January 2016. Kelce and Maya began to date after this show ended in April 2016. However, Maya confirmed the news regarding their breakup in January 2017. 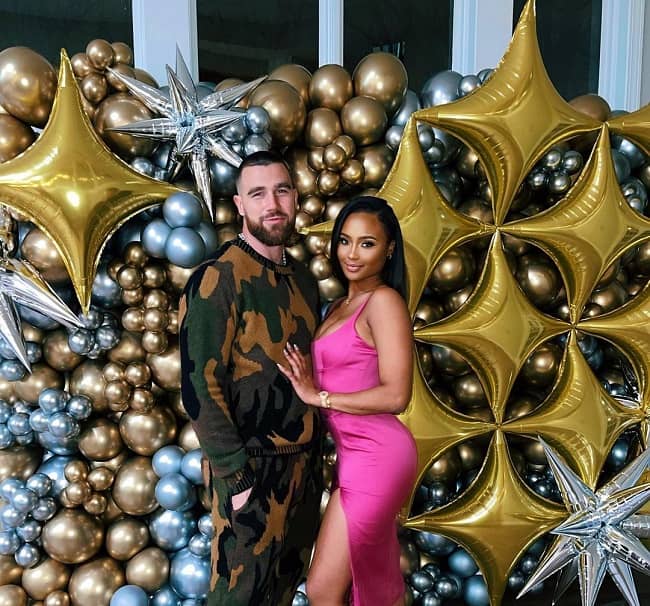 Travis Kelce stands tall at an approximate height of 6 feet 5 inches or 1.96 meters and his weight is around 260 lbs or 118 kgs. Likewise, Kelce has beautiful hazel green eyes and auburn hair color. This American footballer usually sports a beard that makes him more handsome.

Talking about his social media presence, Travis Kelce joined Twitter in September 2009 and so far has more than 718.9K followers on his @tkelce account. Likewise, his username on Instagram is @killatrav. As of April 2022, this profile has garnered more than 1.5 million followers. Similarly, he is also available on Facebook where this footballer has over 430.6k followers. Moving on, Kelce has a net worth of around $12 million US dollars.