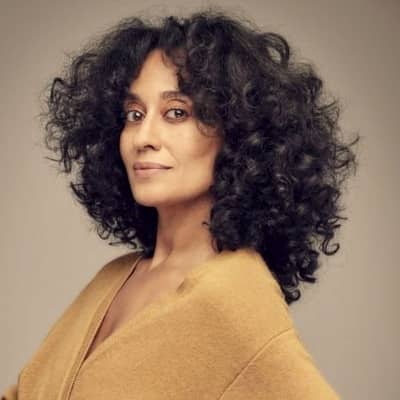 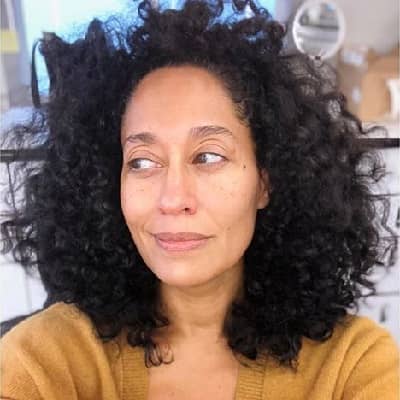 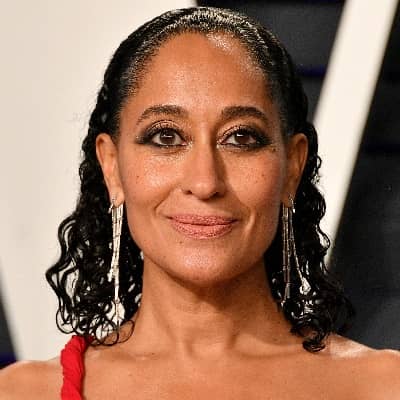 Tracee Ellis Ross, real name Tracee Joy Silberstein, is an actress from the United States. Tracee Ellis Ross is well-known for portraying the main character in the television shows Black-ish and Girlfriends.

Tracee Ellis Ross was born on October 29, 1972, in Los Angeles, California to Motown singer/actress Diana Ross and music industry manager Robert Ellis Silberstein. She is 49 years old as of now.

Evan Ross, an actor, and singer is her half-brother while Rhonda and Chudney are her sisters. Her mother is African-American and a Baptist, while her father is Jewish. After her father dropped the name Silberstein, she chose the name Tracee Ellis Ross in order to keep both of her parents’ names. 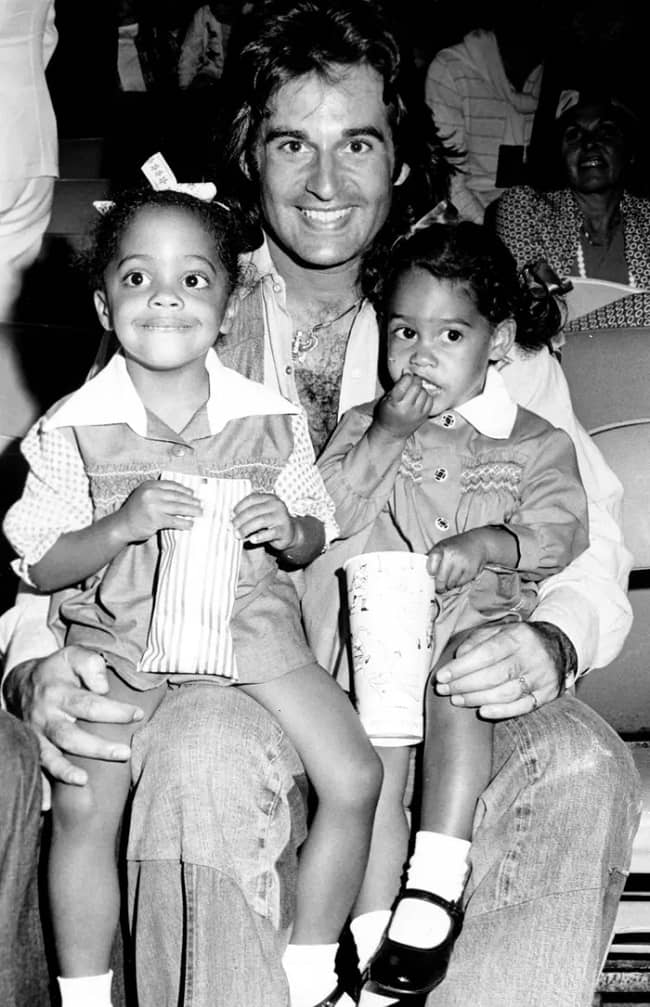 Tracee Ellis Ross with her sibling and father at a young age source: The Guardian

Tracee got three step-siblings Katinka, Christoffer, and folk singer Leona Naess when her mother wed Arne Naess Jr. in 1985. She still has good relations with them. Ross Arne and Evan Ross, her two half-brothers, were born to her mother and Naess in 1987 and 1988, respectively before they got divorced in 2000.

Ross enrolled at The Dalton School in Manhattan, Riverdale Country School in the Bronx, and the Institut Le Rosey in Switzerland. When she was an adolescent, she modeled.

She studied at Brown University, where she performed in plays, and acquired a theatre degree in 1994. Later, she worked in the fashion sector as a model and guest fashion editor for Mirabella and New York publications.

As of 2022, Tracee Ellis Ross is not dating anyone and is still single. According to Tracee, her private affairs are sacred to her and are not meant for the public to see. Because her family was rarely off-screen when Tracee was born, she has grown to be the person who loves herself the most.

She appreciates her privacy, but there are whispers going around about who she might be connected to. Additionally, the whispering campaign claimed that she is linked to Kenya Barris, the man behind the American show Black-ish.

Although the details are unclear, Tracee once had a relationship with Breakfast Club actor Abou “Bu” Thiam. Nonetheless, Tracee has managed to keep her current life away from the talk. Similarly, her former relationships are also unknown, suggesting that she has a specific strategy for doing so.

When Tracee Ellis Ross was a teenager, she began modeling. She worked in the fashion industry as a model and editor of the magazines “Mirabella” and “New York” after graduating from “Brown University.”

She made her big-screen debut in the independent film “Far Harbor” in 1996. Similarly, in 1997 she started anchoring “The Dish,” a popular culture show on Lifetime TV.

In the 1998 made-for-TV film “Race Against Fear: A Moment of Truth” for NBC, she portrayed an abused school track star. In the year 2000, she won a significant role in Diane Keaton’s “Hanging Up,”.

Moreover, she later dabbled in humor as a regular on the MTV show “The Lyricist Lounge.” Ross rose to fame after starring as “Joan Clayton” in the lead character of the 2000 television series “Girlfriends.” Her TV career was helped by the eight-year run of the show.

She was cast in a number of films as well. She appeared in the HBO production “Life Support” in 2007 with Queen Latifah and Evan Ross. Her other films from this period include Lindsay Lohan-starring “Labor Pains” (2009).

Likewise, Ross also appeared in Tyler Perry’s theatrical film “Daddy’s Little Girls” (2007). She participated in several programs after “Girlfriends” finished in 2008, such as “CSI: Crime Scene Investigation” and BET’s “Reed Between the Lines,” where she costarred with Malcolm-Jamal Warner in 2011. 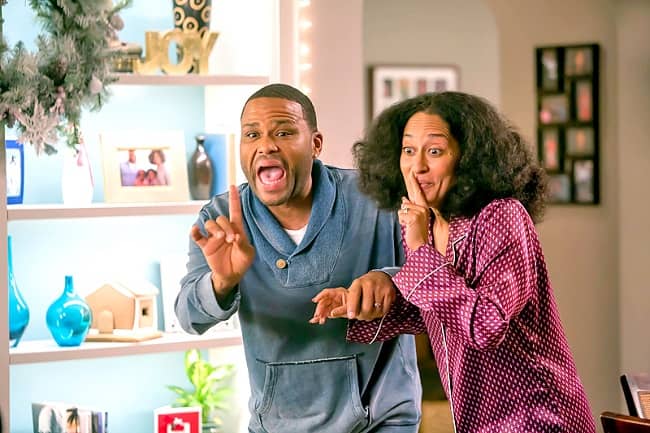 In 2014, she was cast in a significant role in which she portrayed a successful doctor by the name of “Dr. For her role as Rainbow Johnson in the ABC comedy “Black-ish,” for which she received numerous honors and awards, An upper-class African American family with four children is the subject of the story.

Together with Kenya Barris, Ross created the prequel spin-off of “Black-ish” called “Mixed-ish” in 2019. That same year, she also provided the voice of “Homegirl” in Tina Gordon’s fantasy comedy “Little“. Furthermore, the following year, she portrayed “Grace Davis” in Nisha Ganatra’s comedy-drama “The High Note.”

In 2005, she was honored with the “BET Award” for “Outstanding Lead Actress in a Comedy Series” for her performance as “Joan Clayton” in the well-known show “Girlfriends.”

She obtained the “NAACP Award” in the category of “Outstanding Actress in Comedy Series” in 2012 for her performance as “Dr. “Carla Reed” in the “Reed Between the Lines” series.

Tracee Ellis Ross has been named as Buy From A Black Woman’s (BFABW) new ambassador for 2022 by H&M USA and BFABW.

Ross will expand the nonprofit’s objective of assisting other Black Woman-owned businesses flourish through a community of support and resources after launching her own hair care firm, PATTERN, in 2018. 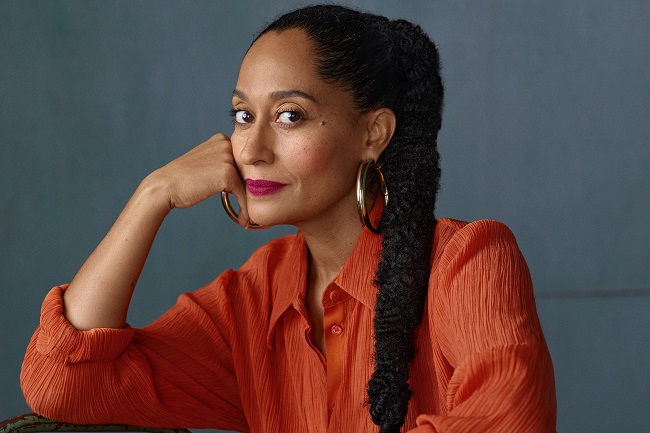 Similarly, she has also been endorsed by Tiffany & Co. One of the reasons Tiffany & Co. has chosen the Black-ish star for a new role is her strong brand of uniqueness.

The renowned fine jeweler named Ross a worldwide house ambassador today, and she now stars in the brand’s most unique T1 collection campaign, “Give Me the T,” which Mario Sorrenti photographed in New York City.

Tracee Ellis Ross is an American actress with an estimated net worth of $16 million. Ross is an entrepreneur in the business world; she founded the hair-care company Pattern Beauty. It aims to provide styling tools, treatments, and accessories for all varieties of curly hair. Moreover, it is made specifically for Black hair.

Tracee has a perfect body height that matches her weight. She stands 5ft and 7 inches tall while her body weighs around 55 kg.

Tracee has a huge social media fan following. She is active on many social media platforms and frequently posts pictures related to her daily life.

Tracee goes by the username @traceeellisross on Instagram with 11 million followers. Ross also has a huge fan base of 3.9 million and 1.4 million on Facebook and Twitter respectively.