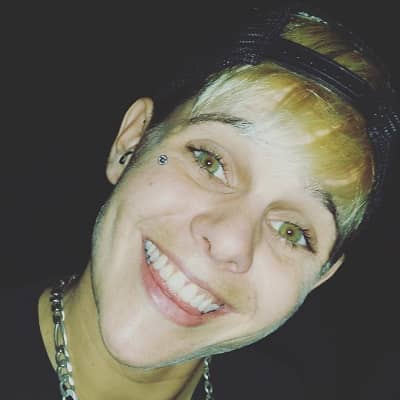 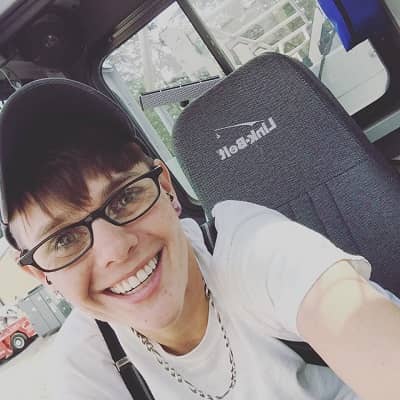 Towtruck Jess is a popular American social media personality. Towtruck Jess was primarily a Tiktok star but her account doesn’t have content available previously. At present, she is mostly active on Instagram rather than any other platform, not even Tiktok. 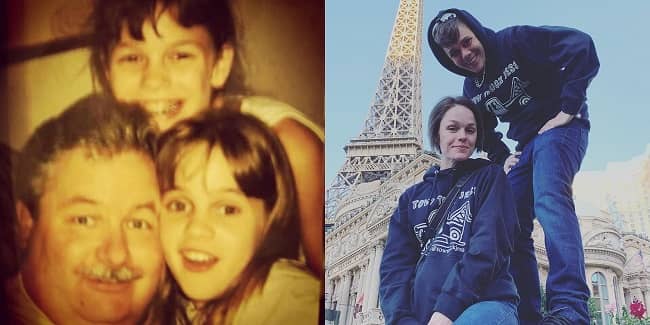 Towtruck Jess was born on February 5, 1985, and she is currently 35 years old. She hails from a native of Greensboro, North Carolina, the United States, and her zodiac sign is Aquarius. Moreover, her real name is Jessica Tara Middlebrook.

She has yet to share insights into her educational journey. Further, although Jess has not shared detailed information regarding her family, she has shared several photos featuring her family members. Although her name is not mentioned, Jess has shared a number of photos with her sister. Due to their undeniable resemblance, many people have asked if they are actually twin sisters. However, Jess has never confirmed whether or not the person in the photo is her twin. 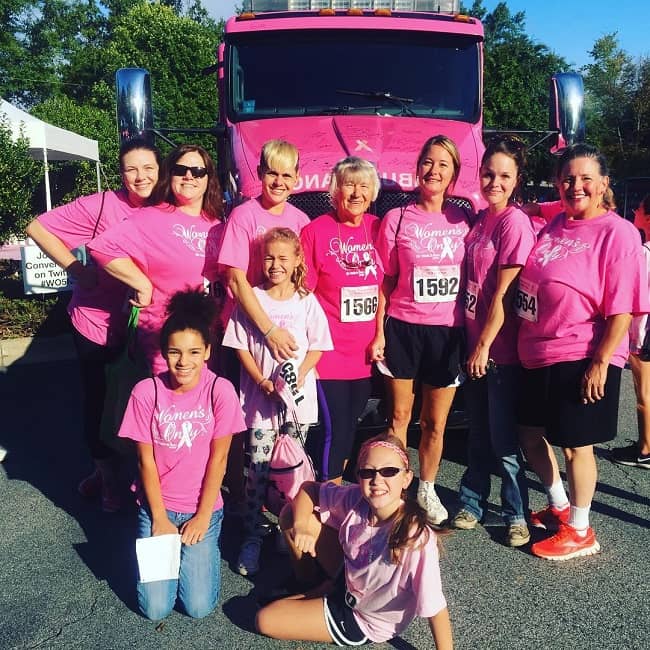 Caption: Towtruck Jess posing for a photo in 2016 after walking for her Mamma, who is a survivor, and her nanny and great aunt, who died of breast cancer. Source: Instagram

Towtruck Jess is professionally a Tiktok star. She is a short-form lip-sync, dance, and comedy content creator. She rose to fame through her @towtruckjess TikTok account. Initially, she worked as a tow truck operator. She started with her TikTok account later on.

On her Tiktok profile, one of the most popular uploads is a video that is set to Randy Newman‘s song You’ve Got a Friend in Me. Moreover, her TikTok videos are a mix of comedy, lip-sync singing to sound bites and pop songs, driving her tow truck, micro-vlogging, and preaching about her religion. The latter may have resonated with a lot of Christian followers.

She suddenly gained immense fame in the year 2019. On 27 April 2019, the police arrested her. It was after a motorcycle hit her parked tow truck. It subsequently killed a woman and injured the woman’s husband. She was eventually charged with involuntary manslaughter and improper parking. 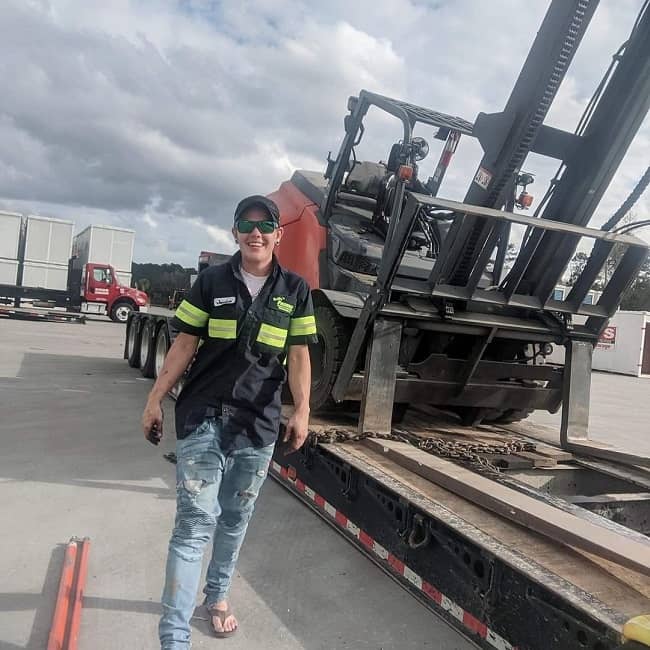 During the accident, an elderly woman named Patricia Willard was pronounced dead. She was 70 years old. Likewise, Patricia’s husband, Jerry Willard, was taken to the hospital in critical condition. Jerry was also 70 years old at the time of this accident. According to officials, Jerry was the motorcyclist and he tried to avoid the crash. However, Jerry instead hit the bed of the tow truck.

At the time, she was not in the vehicle. But she had instead parked her tow truck outside overnight. Following this incident, her community of TikTok fans opened a “GoFundMe”. It was in order to help support both Jess with the lawyer’s fees as well as her children. While writing this biography in January 2021, the “GoFundMe” page created for Jess is no longer accepting donations and the total amount raised is $34,864. 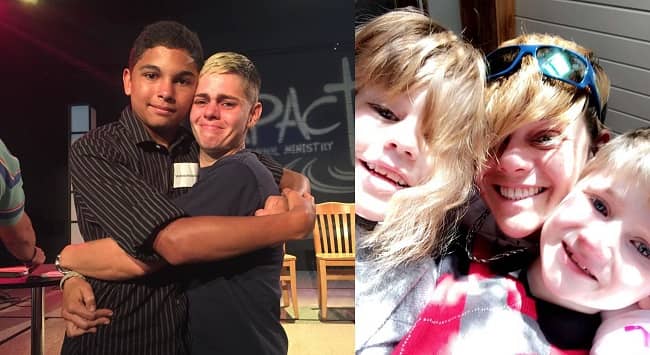 There is no verified information regarding Towtruck Jess’s relationship status and love affairs. She has shared photos that might suggest that the person next to her might be her lover. However, she never really mentioned who the person is or what her relationship with the person is.

This has made it impossible to state her current relationship status and love affairs. Nevertheless, she clearly mentions that she is the mother of the three children she frequently shares photos of. Her younger son’s name is Aryn and her daughter’s name is Maggie. Likewise, Jess rarely shares photos with her eldest son. She shared the rare one in late July 2016. 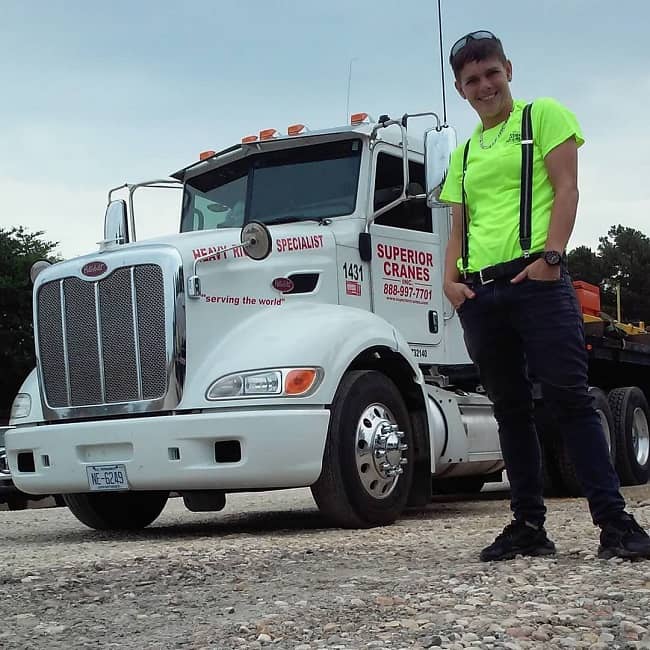 Caption: Towtruck Jess posing for a photo beside her tow truck. Source: Instagram

Towtruck Jess stands tall at a height of approximately 5 feet 5 inches. Other than this, there is no further information regarding Jess’s other body measurement details including her weight, chest-waist-hip measures, dress size, shoe size, etc. Moreover, she has hazel green eyes and blonde hair.

Talking about her social media presence, she goes by @towtruckjess on Instagram. At present, Jess has shared 430 posts and earned more than 49.1k followers at the time of writing this biography. She was previously available on Tiktok under the same name.