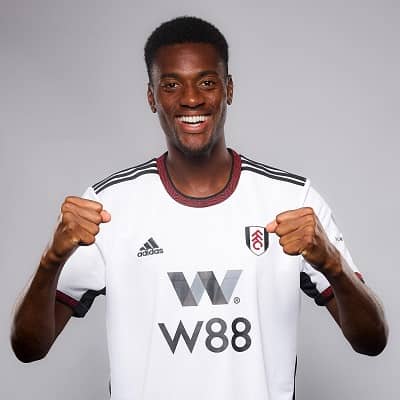 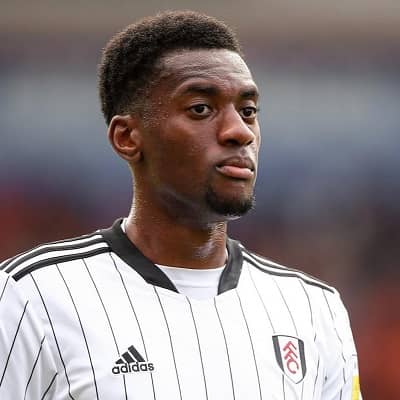 Tosin Adarabioyo is a professional football player from England. Moreover, Tosin Adarabioyo plays from the center-back position for EFL Championship club Fulham. And he is a former England youth international and represented the country on 14 occasions between the under-16 and under-19 levels, although he is yet to make his senior debut for England.

Abdul-Nasir Oluwatosin Oluwadoyinsolami Adarabioyo shortly named Tosin Adarabioyo was born on the 24th of September, 1997, in Manchester, England. According to his birth date, this football player is 25 years old and holds an English-Nigerian nationality.

Moreover, he has a birth sign of Libra and believes in Muslims by religion. Likewise, he belongs to Nigerian-Black. He is the youngest child of his parents and he grew up with his three siblings.

His older brother, Gbolahan, is his representative, while Fisayo Adarabioyo is a footballer who now plays for Altrincham. All three brothers were previously members of Manchester City’s youth setup.

Tosin Adarabioyo began his football career with Fletcher Moss Rangers’ youth team. He joined Manchester City’s junior team in 2003 and began his professional career with the club, where he made his senior debut on 21 February 2016 in a 5-1 loss to Chelsea in the fifth round of the FA Cup after coming through the club’s youth ranks.

At the age of 19 years and 73 days, this player made his Champions League debut for the club on 24 August 2016 in a 1-0 playoff round win against Steaua Bucuresti, becoming the club’s then-youngest player to start a match in the league later that year.

He also made his League Cup debut during the season, appearing three times in total and receiving a contract extension at the end. On 3 August 2018, he was loaned to Championship club West Bromwich Albion for the 2018-19 season.

During the 2017-18 season, he continued to play for both the first and reserve teams, although his game time with City’s senior side was generally meant by the presence of captain Vincent Kompany, Stones, Nicolas Otamendi, Eliaquim Mangala, and new signing, Aymeric Laporte.

He made his debut for the club on August 7, 2018, in a 1-1 draw against Nottingham Forest. Moreover, he made 36 games for West Bromwich Albion on loan, recording two assists across all competitions. He joined Blackburn Rovers on loan for the duration of the 2019-20 season on July 31, 2019.

On 10 August 2019, this player made his debut for the club in a 2-0 loss to Fulham. He scored his first goal for the club in a 2-1 win over Sheffield Wednesday on November 2, 2019. He made 35 appearances for Blackburn Rovers on loan, scoring three goals and contributing one assist in all competitions.

Currently playing for the Fulham club

This player ended his 18-year association with Manchester City on 5 October 2020, with a year remaining on his contract, when he joined Fulham on a permanent deal for an undisclosed fee, as local media reported that City would receive up to £2 million for the transfer, as well as the benefit of a 20% sell-on fee on any future sale. On 18 October 2020, he made his debut for the club in a 1-1 tie against Sheffield United. 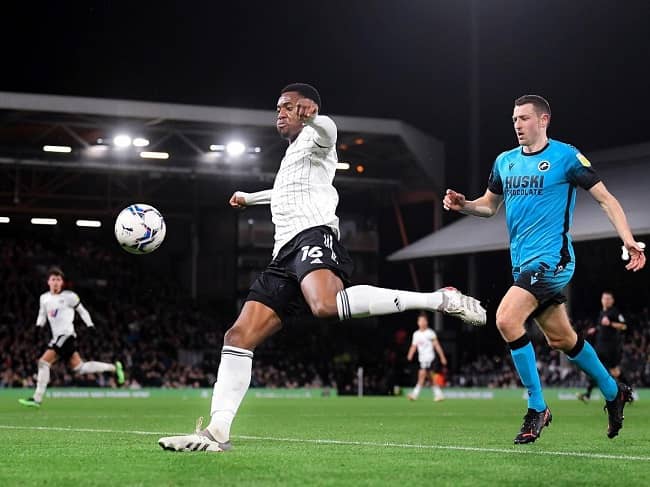 Moreover, he made 34 appearances for the club in all competitions in his debut season but was unable to prevent the team from being relegated to the Championship. He scored his first goal for the club in a 1-1 draw against AFC Bournemouth on December 3, 2021.

He has represented England in several different age categories. Moreover, he has played for England at the U16, U17, U18, and U19 levels. He made his debut in national team colors in November 2012, at the age of 15, when he was called up to the England U16 squad for the first time.

Coming on as a 41st-minute replacement against Scotland as England won their 12th Victory Shield in a row. In addition, he was called up to the England U17 team for the first time in August 2013 and made his debut in a 3-1 loss to Portugal later that month.

He then established himself as a squad member within the England U18 team, making his debut appearance on his 17th birthday as a substitute in a 2-0 loss to Italy. Similarly, he was called up to the England U19 team for the first time in November 2015 and made his debut in a 5-0 win against Japan on November 15, 2015.

Despite appearing often for England at the junior level, he has yet to earn his senior debut for the national team and is still eligible to represent Nigeria by descent. He was earlier believed to have turned down an offer to join the Super Eagles but opened the door to a future call-up in 2020 when he expressed a desire to participate in the 2022 FIFA World Cup in Qatar with either England or Nigeria.

This football player earned the Professional Footballers’ Association (PFA) Award for his 2021 season. Looking at his football career success, he might earn more of them in the following years. 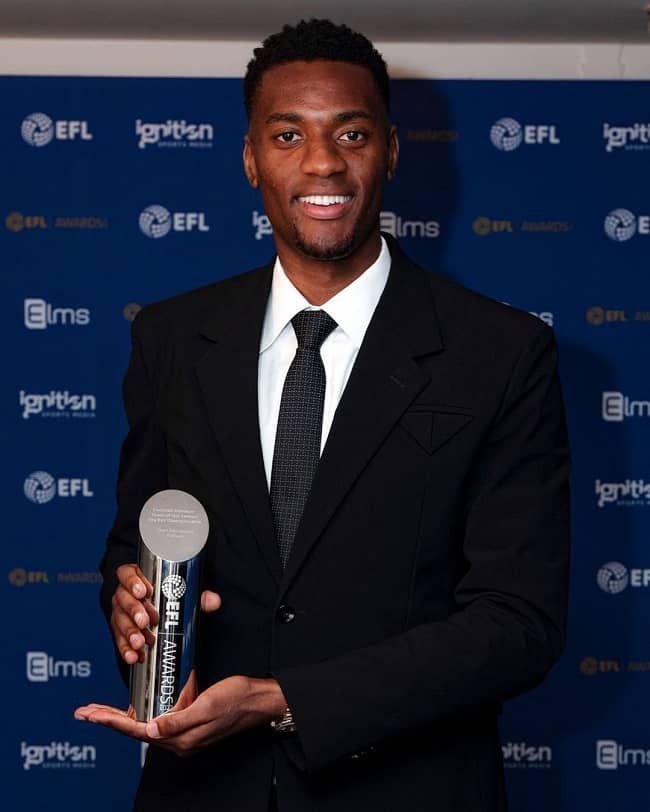 In October 2020, he signed a permanent contract with Fulham for an unknown amount, with local media reporting that City would get up to £2 million for the move, as well as a 20% sell-on fee on any future sale.

In terms of his personal life, the player is concerned with his professional career. He may be dating a beautiful lady right now, or he could be single. On his social media profiles, he has not posted any images of himself with any girls. We may presume that this player might be single at the moment.

This professional football star is 6 feet 5 inches tall and weighs around 80 kg. Likewise, he has dark brown eyes with black hair color, and his other body measurements such as chest size, biceps size, and waist size is still unknown. 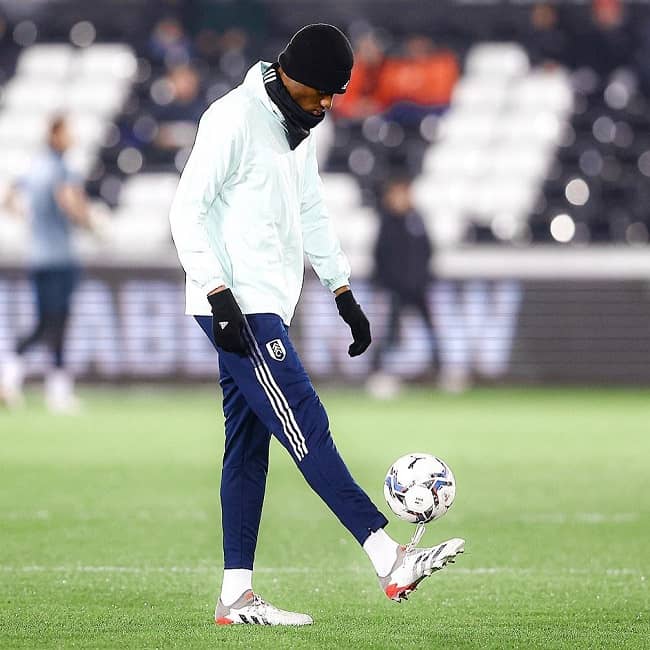