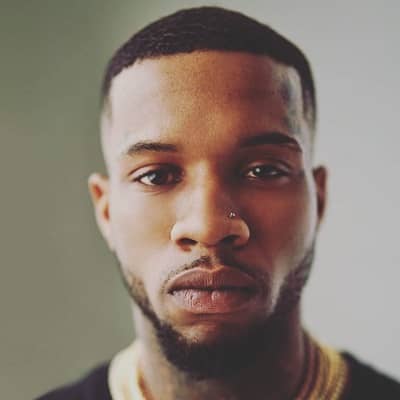 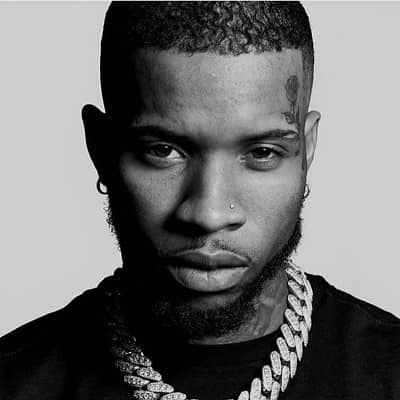 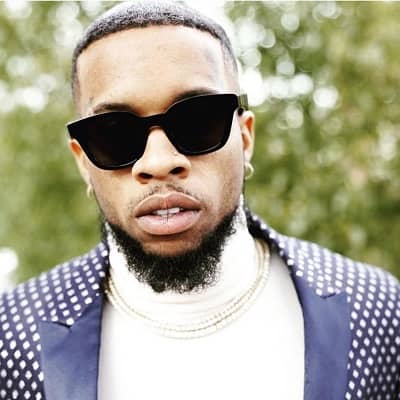 Tory Lanez is a Canadian rapper, singer, record producer, and composer. Tory Lanez is popular for his mixtapes and albums like “Conflicts of My Soul: The 416 Story”, “I Told You”, “Memories Don’t Die”, etc. He has also been on several international tours.

Tory Lanez was born on July 27, 1992, and he is currently 28 years old. He hails from Brampton, Ontario, Canada, and his full name is Daystar Peterson. Talking about his family, Tory’s father is Sonstar and his mother is Luella. His father is a Bajan/Barbadian whereas his mother is from Curaçao. His family was based in Montreal before moving to Miami, Florida.

He used to practice and refine his rapping skills throughout his childhood. However, he tragically found out that his mother died due to a rare disease. Following this tragedy, Tory Lanez’s father began working as an ordained minister and missionary. Due to this, they had to move frequently throughout the United States.

His father later remarried and the family moved to Atlanta, Georgia. There, Tory met his friend Hakeem when Hakeem was a janitor. Hakeem was the one who gave him the nickname “Lanez”.

In 2006, Tory Lanez was sent to live with his cousin Dahir Abib, Orane Forrest, in Jamaica, Queens, New York because of his behavior issues. Later, he was forced to return to Toronto with his grandmother but she refused to take care of him. Hence, since the age of 15 years, Tory Lanez has been on his own. This actually helped him grow up and become the man he is today since he had no one to defend him.

Tory Lanez is a rapper, singer, composer, and record producer. Tory Lanez received initial recognition from the mixtape, Conflicts of My Soul: The 416 Story. He released it in August 2013. He then released his debut studio album, I Told You, on 19 August 2016. This album included the singles, “Say It” and “Luv“.

These songs peaked at number 23 and 19 on the Billboard Hot 100, respectively. His second album is called Memories Don’t Die and he released it on March 2, 2018. Then on 26 October 2018, Tory Lanez released his third studio album called Love Me Now?

Tory Lanez began rapping again at age 15 before giving himself a nickname, Notorious. It is a reference to his idol, the late rapper Notorious B.I.G. He also cites Brandy and Ray J. as his musical inspirations growing up. Later, he adopted into his new moniker “Tory Lanez”.

At the age of 16 years, Tory Lanez dropped out of the tenth grade, and he began performing songs at the outdoor concerts. At the age of 17, he found interest in singing and started it. However, Tory Lanez had never received any vocal training. He also goes by the name Argentina Fargo. 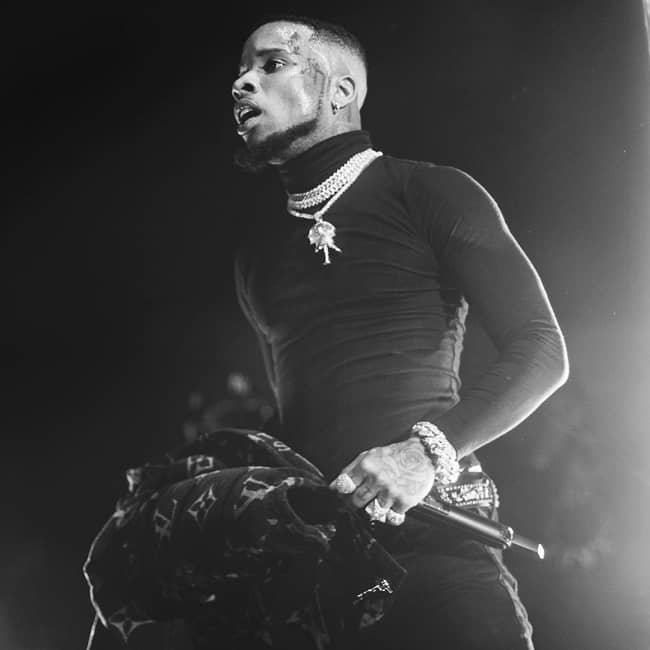 In the year 2009, Tory Lanez recorded and released his debut mixtape, T.L 2 T.O and he also used YouTube as a platform to exhibit his rapping skills to the world. Soon, Lanez started directing his own music videos and gained significant fame. Sean Kingston was an established rapper in Florida at that time. Sean heard Tory rapping and free-styling on the song ‘Beamer, Benz, or Bentley’ by Lloyd Banks. Since then, he decided to offer Tory Lanez a deal.

The duo met at a Justin Bieber concert where Sean also gave Tory the opportunity to perform live during the show. The audience enjoyed his performance and hence this boosted Tory’s confidence to work on several more mixtapes.
In the year 2010, Tory released four mixtapes, namely, Just Landed, One Verse One Hearse, Playing for Keeps, and Mr. 1 Verse Killah.

Following the success of Tory’s mixtapes, Sean approached Tory and offered him a deal with his record label, Time is Money Entertainment (TME). With TME, Tory Lanez released mixtapes such as Mr. Peterson, Chixtape, and Swavey. Soon, Tory Lanez decided to work as an independent artist and quit the label.

In the coming years, Tory Lanez released several more mixtapes. In 2014, he revealed his Teyana Taylor fanboy persona with the song ‘Teyana,’ which he dedicated to the rapper.

Tory Lanez then started a series called Fargo Fridays, where he released new singles every Friday. Some of the most famous singles from Fargo Friday were I’ll Be There, Talk on Road, and The Godfather. By that time, Tory Lanez had already started working on a mixtape called Lost Cause.

Tory Lanez released a single called The Mission in August 2014. He also subsequently announced the promotional tour for the tape. He released the single in October and it turned out to be a smashing success. Then in April 2016, Tory Lanez announced “The Level up Tour” and performed at the Pemberton Music Festival. However, his success made him a bit notorious. The same year, Tory Lanez refused to feature on the cover of XXL magazine, stating that he was one of the biggest rappers in the industry.

Leading up to the release of his debut album, I Told You, Tory Lanez continued to release mixtapes. He finally released the album in August 2016 and debuted at the fourth spot on the US Billboard Hot 200 chart.  In March 2018, Tory Lanez released his second album, Memories Don’t Die. The album featured guest appearances from established rappers such as Wiz Khalifa and 50 Cent. It also debuted at the third spot on the US Billboard 200 chart.

Tory Lanez also created a Canadian record label and management company called “One Umbrella” in 2014. He started it as a clothing company under the subsidiary “Forever Umbrella”. The label’s first signee was Mansa in the year 2018, and expanded to sign artists Melii, Davo, Mariah the Scientist, and Kaash Paige. In 2020, Tory Lanez released his first single as an independent artist. 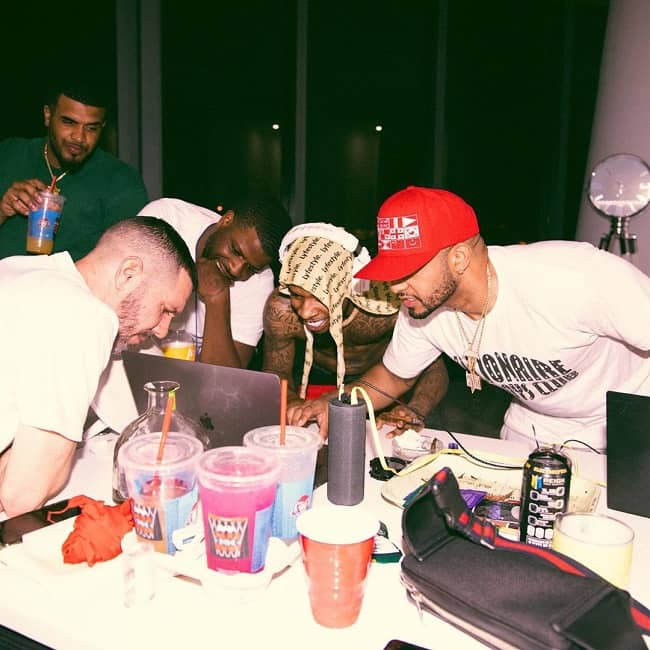 Caption: Tory Lanez and his team behind the scene of Quarantine Radio. Source: Instagram

Tory Lanez has been in controversial relation with several well-known artists. This includes Canadian rapper Drake, Jacquees, Joyner Lucas, and Don Q among others.

Then on 26 March 2016, there was a violent scuffle between security forces and concertgoers. It was Tory Lanez’s concert in Midland, Texas. He then proceeded to tell the crowd to “fuck shit up,” which incited a full-on riot and forced police to shut down the show.

Due to this, the venue and concert promoters even considered taking legal actions against Lanez. Similarly, on 12 July 2020, the police arrested Tory Lanez in the Hollywood Hills and charged him with carrying a concealed weapon in his vehicle.

Tory Lanez is most probably single at present. He has not shared any social media posts and information that indicates his current relationship status and affairs. Nevertheless, Tory Lanez has a son named Kai but has not mentioned about his baby’s mother.

However, he has been romantically linked with several artists in the past. Some of them are Joseline Hernandez, Kash Doll, Nakita Johnson, Masika Kalysha, Kaylin Garcia, DreamDoll, and Trina. But it is not clear if Tory actually had been in a relationship with the above-mentioned people or was it just rumors. 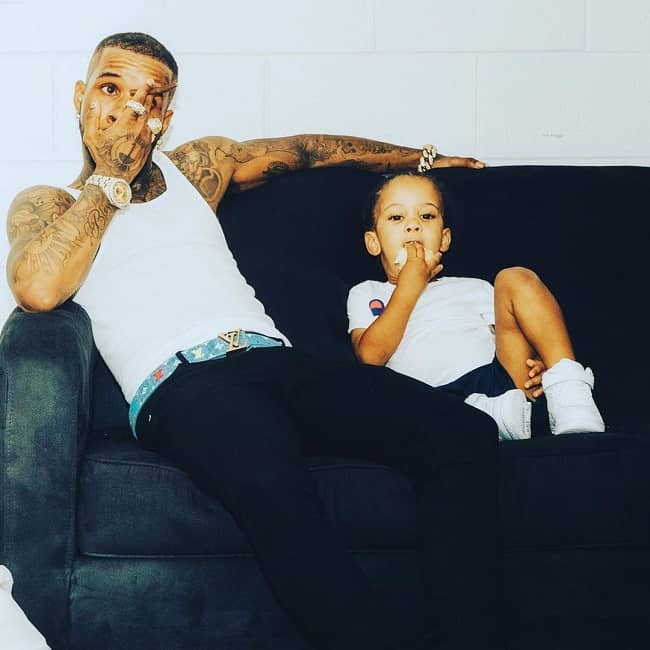 Caption: Tory Lanez posing for a photo with his son. Source: Instagram

Tory Lanez stands tall at a height of approximately 5’3″ and weighs around 150lbs/68 kgs. He also has numerous tattoos in various parts of his body. Likewise, Tory Lanez has dark brown hair and eyes of the same color.

Talking about his social media presence, Tory Lanez joined Twitter in April 2009 and so far has 2 million followers in his @torylanez account. He goes by @torylanez on Instagram and has 209 posts shares and 10 million followers at the time of writing this biography. He also has an official Facebook page with over 1 million people following his journey since April 11, 2009. Tory Lanez also has a Youtube channel with 2.91 million subscribers over 1.3 billion views since 10 March 2007.