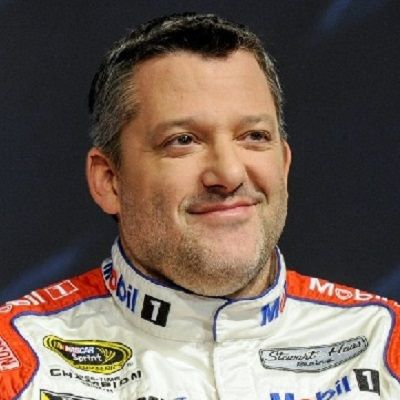 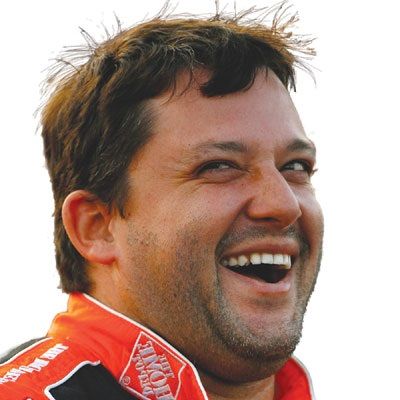 Tony Stewart is a retired American car racer, radio personality, and businessman. Tony Stewart set a record for being able to win the Indy, Stock, Midget, Sprint, and Silver Crown championships; all in his lifetime. He is also an actor, known for Herbie Fully Loaded (2005), the Last Man Standing (2011), and Over the Wall.

Tony Stewart was born on May 20, 1971, in Columbus, Indiana. She is 51 years old. His full name is Anthony Wayne Stewart. His birth sign is Taurus and is of American nationality. Moreover, his father’s name is Nelson Stewart and his mother’s name is Pam Stewart. His father and mother divorced when he was just 17 years old. He also has a sister Natalie Stewart. 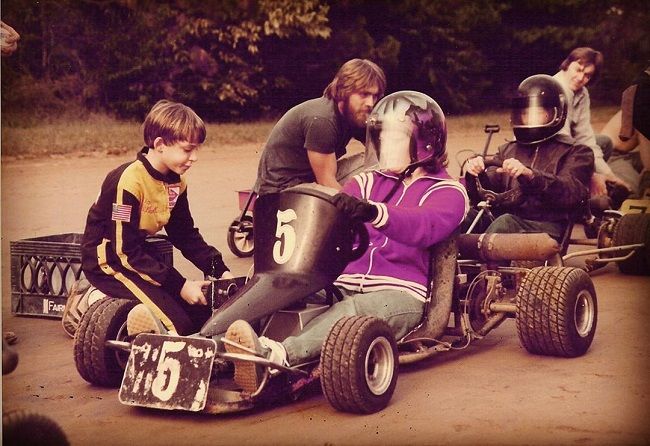 He seems to have been born with racing in his blood. He won his first-ever race, the 4-cycle junior championship at Columbus fairgrounds when he was only 8 years old. Post that, he won an International Karting Federation’s Championship in the year 1983, while still a kid. He attended Columbus North High School in Indiana.

Tony started his race when he was 7 years old with a go-kart in Indiana, with his father, Nelson, serving as a car owner and crew chief in 1979. He is a NASCAR team owner. He won his first championship in 1980. By 1989, Stewart began the transition from go-karts to higher-horsepower, open-wheel machines. He raced three-quarter midgets before turning his attention to the USAC ranks in 1991. His first USAC championship came in 1994 thanks to five wins in 22 starts in the National Midget category. It was a prelude to Stewart’s historic “Triple Crown” triumph in 1995.

Stewart has enjoyed a highly successful career in USAC; he has 27 USAC National Midget wins to his credit, as well as 10 wins in the Sprint cars and three in the Silver Crown series. He is also a member of the National Midget Hall of Fame (2001). In addition to his USAC driving titles, he also has seven Sprint Car Owner championships as well as seven in the Silver Crown Series as an owner. Stewart frequently makes appearances on dirt tracks, appearing regularly at an ARCA race on dirt and many prominent midget car events, USACs Turkey Night Grand Prix, and the indoor Chili Bowl Midget Nationals.

Along with Matt Kenseth, he has appeared at Madison International Speedway, a non-NASCAR half-mile track located in Wisconsin on Highway 138 between the cities of Oregon, WI, and Stoughton, WI. Stewart races 410 and 360 Dirt Sprint Cars about 50 times a year throughout the United States and Canada. On July 27, 2011, Stewart won his first-ever World of Outlaws race at Ohsweken Speedway. As of October 7, 2014, Stewart has three career World of Outlaws main event victories. Stewart competes with the World of Outlaws, All-Stars, and IRA Sprint Car series when traveling between NASCAR races and on off weekends.

In 2002, 2005, and 2011, he won the Monster Energy NASCAR Cup Series. Likewise, in 2004, along with co-pilots Dale Earnhardt Jr. and Andy Wallace, drove the #2 CITGO Chevrolet Crawford Daytona Prototype to a fifth-place finish in the Rolex 24-Hour race at Daytona International Speedway. In 2014, he again participated in the Monster Energy Cup and won with Kevin Harvick as a partner driver. He also won the IndyCar Racing Tournament. He is the only one to win both the IndyCar and NASCAR tournaments.

After a 20-year NASCAR driving career, the last 18 of which were spent in the Monster Energy NASCAR Cup Series, Stewart retired from his NASCAR driving duties following the 2016 season to focus on his co-ownership of Stewart-Haas Racing (SHR) with industrialist Gene Haas, and to partake in the kind of open-wheel dirt racing where his path to NASCAR began. 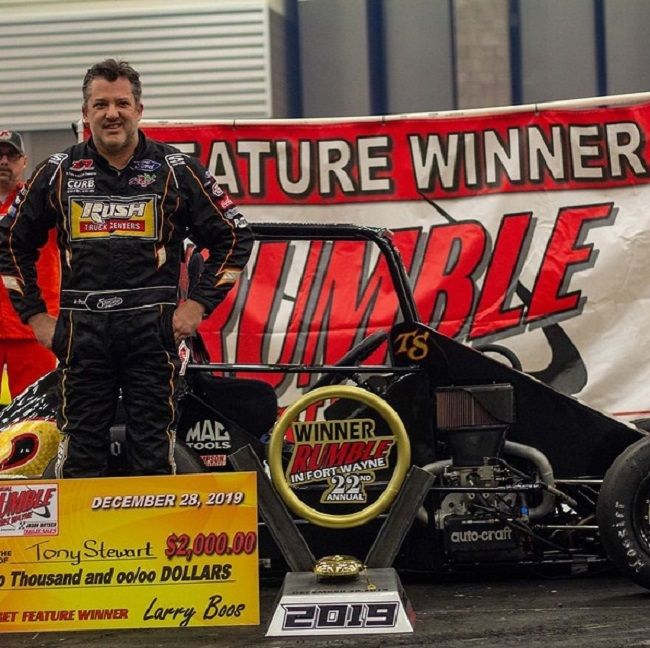 Before he was a race winner and championship contender, Stewart was a rookie on the rise. The Hoosier won Rookie of the Year honors in the NASCAR Cup Series (1999), the Indianapolis 500 (1996), and USAC (1991). Like so, he has won every game he participated in, in 2002, 2005, and 2011, he won the Monster Energy NASCAR Cup Series. In addition, won such famed USAC races as the Copper World Classic at Phoenix International Raceway (2000), the Turkey Night Grand Prix at Irwindale (Calif.) Speedway (2000), and the 4-Crown Nationals at Eldora Speedway in Rossburg, Ohio (1995).

Tony has a net worth of around $100 million. He has earned his net worth from his hard work in car racing, working as a radio personality, and taking the business over as well. With wealth, he has also earned some respect and fame together. He has become a successful car racer.

Currently, he is in a relationship with Leah Pruett. Previously, Tony dated Jaime Schaffer, Tara Roquemore, Jessica Zemken, and Krista Dwyer. In 1999, he got engaged to Tara Roquemore but the relationship didn’t last long and separated after some time. In 2016, he met Penelope Jimenez and they started dating. Then after some time they got engaged. However, they are not together currently. 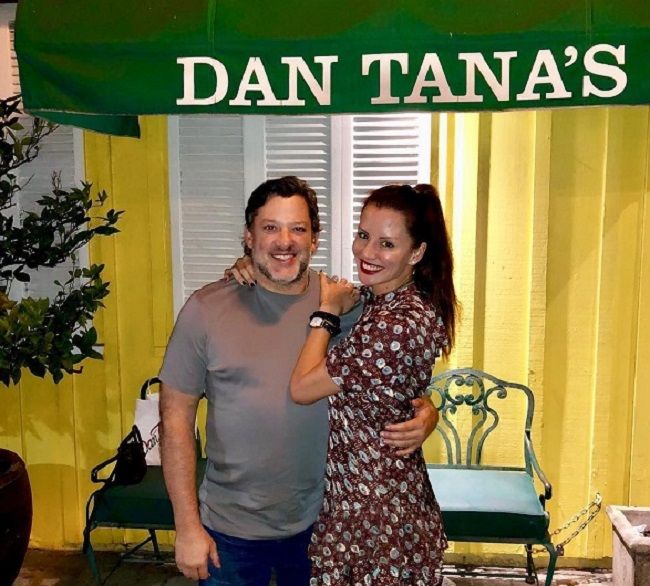 On August 9, 2014, Stewart competed in an evening sprint car race at Canandaigua Motorsports Park in Canandaigua, New York. About halfway through the race, Stewart bumped Kevin Ward Jr., causing Ward to lose control and spin out, into the wall. A full course yellow caution flag was displayed. Instead of waiting for race officials, an indignant Ward exited his vehicle and walked onto the track, gesticulating in defiance as Stewart approached.

As Stewart approached under full-course caution he hit Ward, impacting him with his right rear tire. Mortally injured when the right rear tire of Stewart’s car struck him, Ward was flung 25 feet (7.6 m) across the track to his death. Ward was transported by paramedics to Thompson Hospital but was pronounced dead on arrival, due to “massive blunt trauma”.

Tony stands at a height of 5 feet 9 inches tall and weighs 83kg. He has got a small beard face with a pair of brown eyes and brown hair. There is also some white hair and has a quite huge body. Other information is not available at the moment.

Stewart is quite active on social media. 159 K followers are following him on Instagram. On Twitter, he has 721.5 K followers. Similarly, he has more than 882 K followers on Facebook. He keeps updating his social accounts about sports. Also, he has become everyone’s hero.