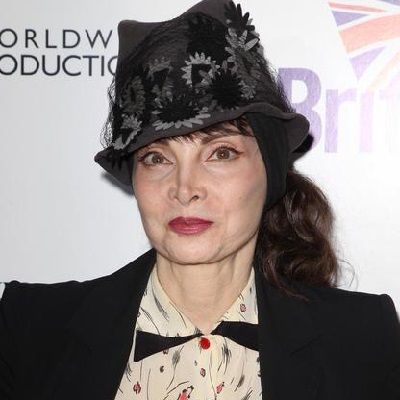 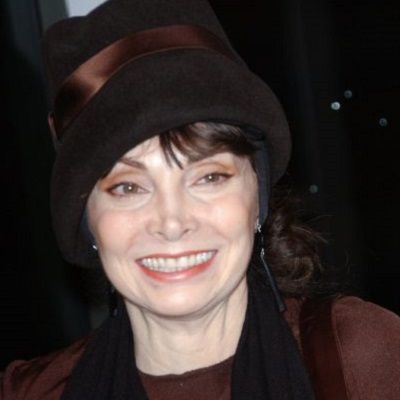 Toni Basil was born on 22 September 1943 to mother Jacqueline Jessica Anderson and father Louis Basilotta. She is originally from Philadelphia, Pennsylvania, U.S., and her age is currently 78 years old.

Furthermore, her real name is Antonia Christina Basilotta, but most people know her by her stage name, i.e. Toni Basil.

Her mother was a vaudevillian acrobatic comedian in her family’s act “Billy Wells and The Four Fays”. Likewise, her father was an orchestra leader who conducted orchestras at many famous venues.

Chicago Theatre and the Sahara Hotel and Casino in Las Vegas are a few of those locations.

Furthermore, she holds the nationality of an American and her ethnicity is mixed. She is the only child of her parents and hence she doesn’t have any siblings.

She later incorporated her cheerleader’s uniform in her video of ‘Mickey’. It is believed that her uniform in the video was a redesigned version of the actual high school cheerleader uniform.

Furthermore, she also integrated her cheerleading experience into her career in dancing. She was already known by her stage name Toni during high school. 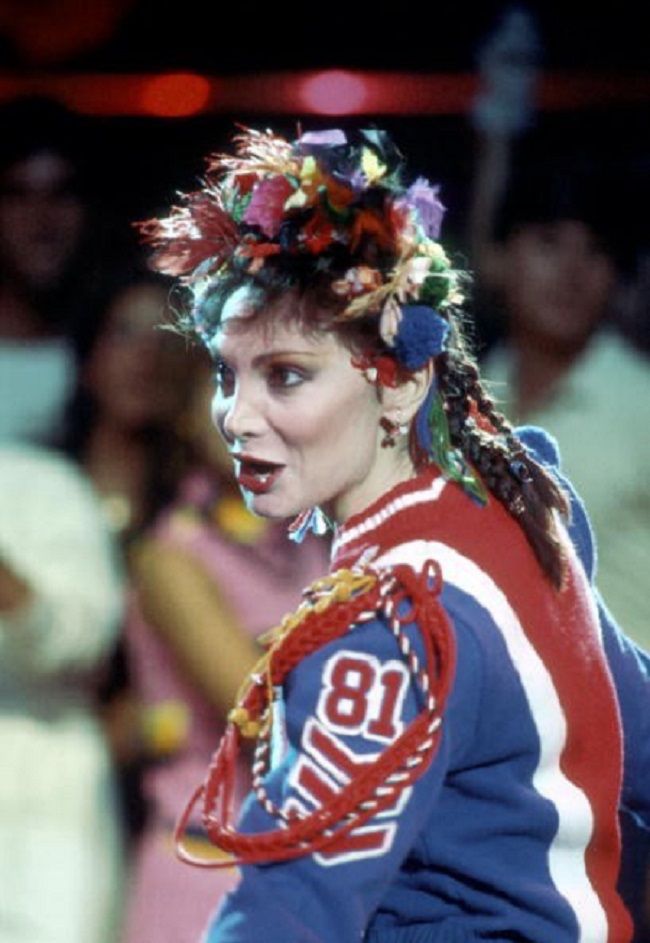 Caption: Toni Basil in the cheerleader uniform during the performance of “Mickey”. Source: Medium

Toni has received numerous awards up to the present.

Some remarkable ones are Hip Hop International’s Living Legend Award and Lifetime Achievement Innovator. The Los Angeles Theater Ovation: Street Dance Award at the American Choreography Awards is also another award she received.

She also received several nominations like a Grammy nomination for Long Form Video (“Word Of Mouth”)  in 1983, an Emmy nomination, and win for Outstanding Achievement in Choreography for The Smothers Brothers in 198.

Furthermore, her exhibitions include the Museum of Modern Art: Videos, and the Santa Monica Museum of Art: Short Films.

She is also a platinum and gold disc holder in many countries and these countries are the US, the United Kingdom, Australia, Canada, the Philippines, and France.

Likewise, Dance Magazine featured her on its cover and the Museum of Modern Art Calendar of Artists featured her as well. “Mickey”, her most famous single was installed in the Rock and Roll Hall of Fame since it was one of the groundbreaking singles of the 1980s.

She also received a tribute at many events like Monsters of Hip-Hop Masters of Movement and Portraits of America’s Great Choreographers.

At The Carnival: Choreographer’s Ball’s 13th anniversary on 25 January 2012, she presented the Lifetime Achievement Award to The Electric Boogaloos. The prominent street dance crew bagged the award for their role in popularizing dance styles like popping and electric boogie.

Toni Basil is a multi-talented individual. She is a singer, actress, choreographer, dancer, and filmmaker. Moreover, she was also a cheerleader during high school. She is best known for her multi-million-selling worldwide 1981 hit “Mickey”.

Mickey is the song included in her debut album Word of Mouth. It was released in 1981 and the song ranked #1 in several countries back then.

Toni’s career as a dancer began as a cheerleader during her high school or even before this. However, it started officially when she worked as an assistant choreographer to David Winters and as a dancer on Shindig!. Shindig! is a breakthrough music variety show.

The ABC network aired the show in 1964. She again worked with David Winters for the 1964 concert film The T.A.M.I. Show (Teen-Age Music International). The film starred a fellow dancer and her friend Teri Garr.

Some more of her video choreography includes songs, tours, and much more. Some are listed below:

She also worked as the associate director and choreographer of the worldwide Tina Turner Live: 50th Anniversary Concert Tour in 2008/2009. Fox Broadcasting Company invited her as the guest judge for seasons four and five of So You Think You Can Dance?

Moreover, She is also a founding member as well as the manager of The Lockers, which is credited for bringing street dance to the limelight and labeled as “the group that changed the face of dance”.

This dancing group opened and toured with Frank Sinatra and Funkadelic in numerous locations and also performed in many TV shows.

Other than that, she also choreographed numerous movies from the 1970s to the present.

An article in Dance Magazine in 2012 credited her for being the pioneer of a dance genre, which is the combination of ballet and street dance. She choreographed a piece using this genre for the first time in Swan Lake in the year 1978. It was broadcasted on Saturday Night Live.

Her latest work as a choreographer is with Quentin Tarantino. They worked together for the 2019 movie Once Upon a Time in Hollywood. She did this at the age of 75.

This movie included two real-life people she recognized, and they are Sharon Tate and Jay Sebring both of whom lost their lives in the Tate murders. 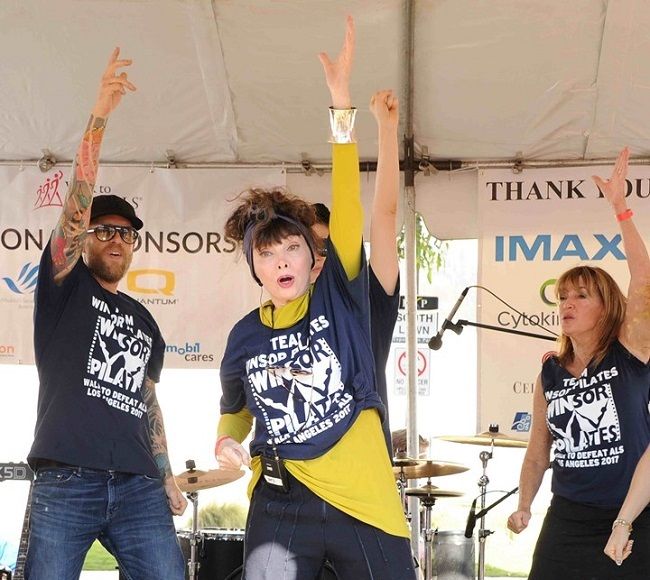 She has released a total of two studio albums and they are Word of Mouth and Toni Basil released in 1981 and 1983 respectively. Furthermore, she has also released many singles, nine of them to be exact.

Breakaway/ I’m 28 was released in 1966 and her other singles are Mickey, Nobody, Suspense, Shoppin’ from A to Z, Over My Head, and Street Beat among others.

She is also an actress who has appeared in movies like Easy Rider, Five Easy Pieces, The Last Movie, Greaser’s Palace, Mother, Jugs & Speed, Village of the Giants, Rockula, and Slaughterhouse Rock.

She has also appeared on TV shows like Laverne And Shirley, Dark Justice, and Baywatch Nights.

Furthermore, she is also a director of short films like Game of the Week, A Dance Film, Out Trip, and The Ping Pong Match. The Santa Monica Museum of Art, the Getty Museum, and New York University’s Grey Art Gallery exhibited these films.

Similarly, her 8mm and 16mm films toured “Semina Culture: Wallace Berman and His Circle” in 2007.

This video also includes an opening stunt of two cheerleaders jumping through the center of a human pyramid, which is now illegal in competition today.

Toni Basil is currently single. She never married throughout her 78 years on earth. Talking about her past relationships, she has been linked with David Byrne in 1981. Furthermore, she was also in a romantic relationship with Dean Stockwell from 1965 to 1967. 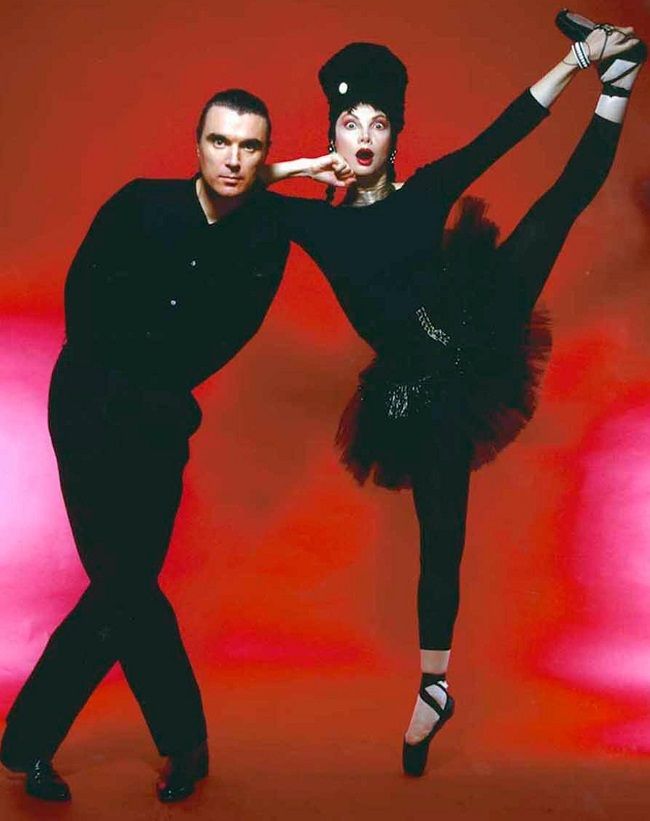 Caption: Singer and songwriter David Byrne and dancer and choreographer Toni Basil worked together for several projects and they were also lovers for some years. Source: 1stDibs

Toni sued Disney and Viacom for the unauthorized use of her 1982 hit song in their shows like South Park and RuPaul’s Drag Race. This incident occurred in September 2017.

She also lists the publishing company Razor & Tie and the retailer Forever 21 for violating her song’s copyrights.

She filed the lawsuit on Thursday at the Los Angeles County Superior Court.

These incidences of copyrights violation made the singer “despondent and physically ill” and she also experienced sleep deprivation, nightmares, and anxiety as noted in the lawsuit and reported by BBC News.

Furthermore, as compensation, she was seeking $25,000 in damages (plus $750 per song use) as well as the return of the rights for the song“Mickey”.

Toni Basil is a beautiful woman standing at the height of 5’5″ as noted by IMDb. However, her other body measurement details are not available at the moment.

Similarly, she has dark brown hair and eyes of the same color. Nevertheless, even at the age of 75, she looks beautiful as ever and is actively working on various projects.

She is a part of  Chrysalis and Virgin, both record labels in Britain. Furthermore, she has been active in the entertainment industry from 1964 up to now. With her involvement in so many professions, Her net worth is estimated at $5 million.