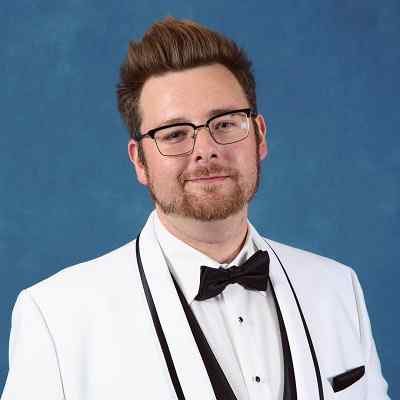 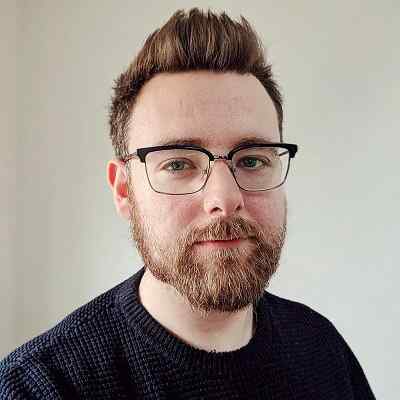 TomSka is a British producer, director, writer, producer, actor, voice actor, musician, and filmmaker, as well as the founder of the Turbopunch Ltd. media production company. TomSka is famous for his animated comedy web series and movie, Eddsworld, and Crash Zoom.

TomSka is 32 years old. He was born on 27 June 1990, in Essex, England, under the astrological sign of Cancer. His real name is Thomas James Ridgewell. Moreover, his parents’ names are not available. Likewise, his twin sister, Amelia, died prenatally after their mother sustained injuries in a car accident. This is displayed in his name (Thomas meaning twin).

Likewise, he was raised as a Jehovah’s Witness, but no longer practices this faith. Despite this, he has expressed hope in a higher power. As a kid, he started making short films using his parents’ video camera. Then he created CakeBomb, a website where he posted his video creations. It included his viral animated video series asdfmovie and his friend Edd Gould’s Eddsworld.

Moving toward his educational background, he graduated from the University of Lincoln. He studied Media Production, and whilst studying he produced a series of unofficial “advertisements” for the university which drew millions of views. 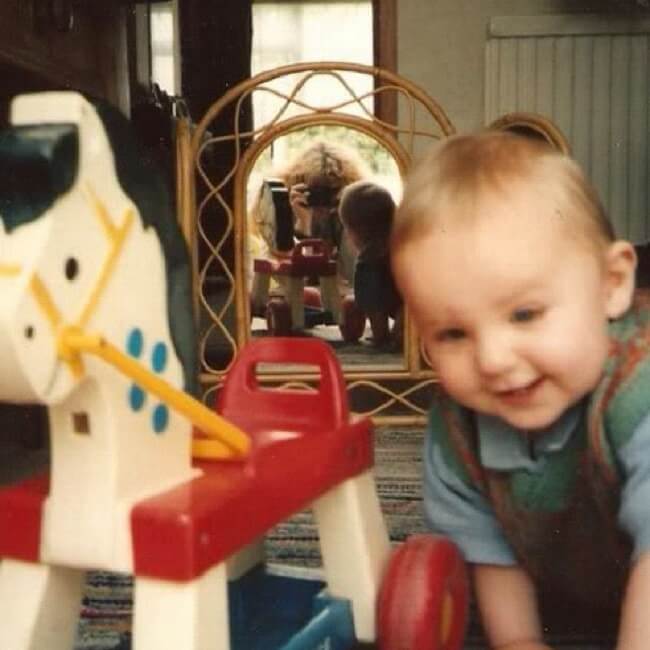 Professionally, TomSka is a YouTuber, producer, director, writer, producer, actor, voice actor, musician, and filmmaker. As a professional YouTuber, he makes money from revenue from his videos on the website. He created his main YouTube channel TomSka on May 31, 2006. This channel featured sketch comedy and animations from him and his awesome crew. As of June 2020, his YouTube channel has over 6.36 million subscribers and his videos have garnered over 1.6 billion views.

Likewise, he has also made short films for BBC and Comedy Central. He has been presented and interviewed about this, notably when the medium of online video was in its infancy. Further, he has even appeared as a guest on the BBC’s The One Show and has appeared as a radio and TV guest internationally.

On October 27, 2007, he created a secondary channel called DarkSquidge. As of June 2020, the channel has over 1.13 million subscribers and more than 133 million views. His video content on this channel differs greatly from that of his main channel. The DarkSquidge YouTube channel shows behind-the-scenes footage of his related projects and videos, as well as vlogging.

He even engages in social commentary on this platform, comprising a range of topics such as mental health, sexual health, and body positivity. He posts weekly vlogs to the channel dubbed Last Week. After ending Last Week, he uploads a monthly vlogging series called Last Month, with a new series of videos known as #CONTENT producing the bulk of the channel’s uploads. 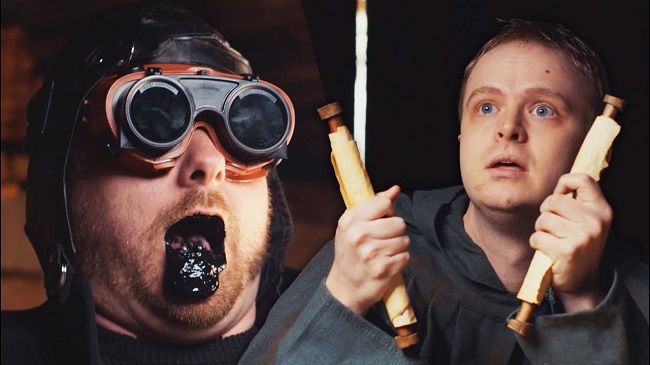 In 2008, he released the first episode of asdfmovie. It is an animated sketch comedy series featuring very short clips of minimally-detailed characters in surreal and infrequently darkly humorous situations. It has twelve episodes as of August 2019. Further, there are three “deleted scene” videos, a promotional video with Marmite, and four music videos; “My Turtle”, “I Like Trains”, “Everybody Do The Flop”, and “The Muffin Song”.

Ridgewell along with Gabriel Brown provided vocal to the song “Beep Beep I’m a Sheep” by Canadian musician LilDeuceDeuce. It got released alongside asdfmovie10 and also featured in the dance rhythm game Just Dance 2018. He wrote a book based on the asdfmovie series, titled Art is Dead: the asdf book and Matt Ley illustrated it.  The following book was published by Little Brown on 22 October 2015. His second book titled Sam Kills Christmas was written alongside Eddie Bowley with illustrations by Dorina Herdewijn and released on 8 November 2018.

In 2012, he founded a media production company, TurboPunch Ltd., located in London. Currently, he works there alongside co-writer Eddie Bowley and video editor Elliot Gough. Both of them appear in sketches on the main channel but are more often featured in videos on the second channel.

In the same year, he took charge of the production of Eddsworld after the show’s original creator, Edd Gould, died of leukemia. Likewise, in 2016, he left the series handing the show over to Edd’s family. In 2013, he featured YouTube’s first “Comedy Week”. He even got featured on the cover of Wired UK in February 2013 as part of a feature titled “How YouTube Reinvented the Entertainment Business”.

Further, he got selected by YouTube as a guest host for its Geek Week series in August. Ridgewell appeared as a guest presenter on the Dan and Phil Show in September 2014 on BBC Radio 1. In 2014, he created the game KatataK, a side-scrolling shoot ’em up for iOS and Android devices in collaboration with video game developer Pixel Spill Studios.

In January 2015, he launched a new webtoon, Crash Zoom, on his TomSka channel. Webtoon features three young characters, Lucy, Ben, and Kate, in their several surreal exploits. Animated by Ben “Wonchop” Smallman, who also animated some of the asdfmovie episodes.

In 2016, he filmed many sketches with the BBC in a trial for a potential sketch show on BBC Three. As the sketches were not picked up by the BBC, later he posted the clips on his YouTube channel.

In 2019, he produced a card game based on and movie in collaboration with Big Potato Games called Muffin Time: The Random Card Game. Likewise, he even raised over £1,000,000 for the game on Kickstarter.

Speaking on TomSka Ridgewell’s earnings, he is a multi-talented British YouTuber, writer, and producer, who has earned a decent sum of money through his several works. Therefore, his estimated net worth is around 1.5 million dollars as of June 2020. Further, he surely lives a rich and joyful lifestyle with the fortune earned and also fame gained through the entertainment industry.

Reflecting on Ridgewell’s love life, TomSka began dating illustrator Charlie Belle in January 2015. Moreover, she is also active on YouTube and Instagram. The duo looks beautiful together. They also post duo pictures on their respective social media handles. It’s already been approximately 5 years, they have been dating and their beautiful bonding seems to go far in the future. 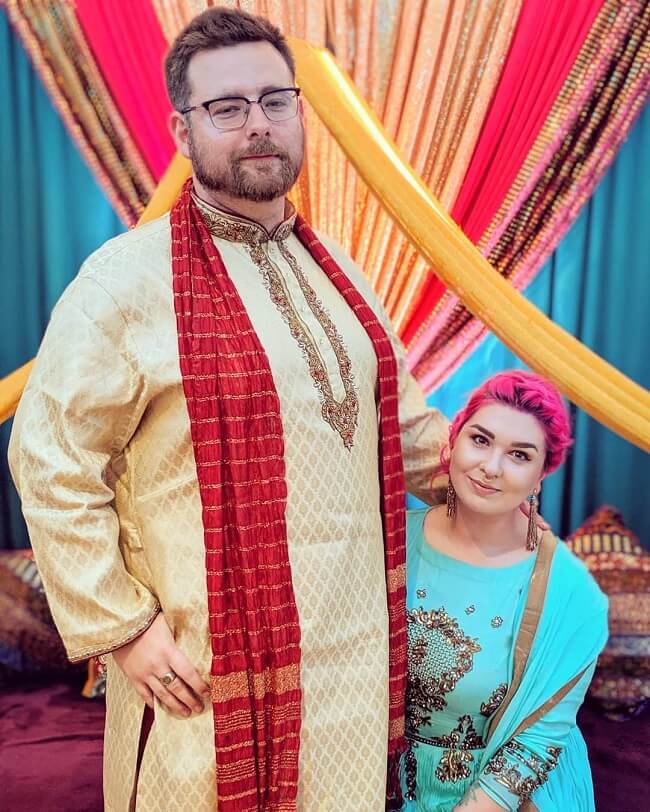 Talking about his past linkups, he dated a fellow YouTube star Jenny Bingham for nearly two years. Likewise, he endorsed the Labour Party in the 2017 United Kingdom general election. He has also expressed his opposition to both Brexit and the Conservative Party.

Moreover, Ridgewell has not been through any drastic controversy and rumors in his personal as well as professional life. He has maintained a good high profile on social media handles.

The 30-years-old good-looking guy stands at a height of around 5 feet 10 inches. He weighs around 124 kg. He wears a spectacle. Likewise, he has blonde hair color and an attractive pair of blue eyes.