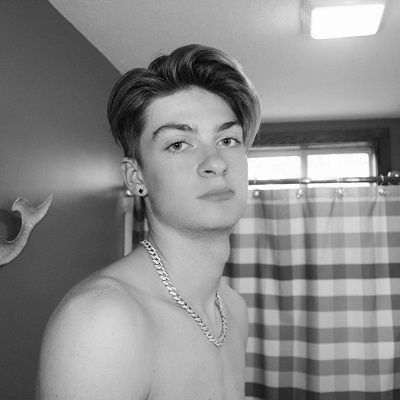 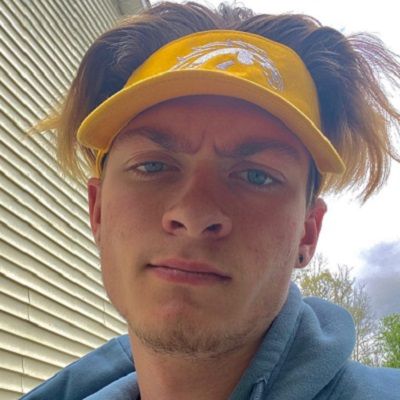 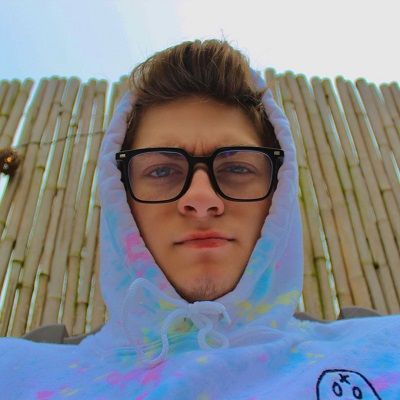 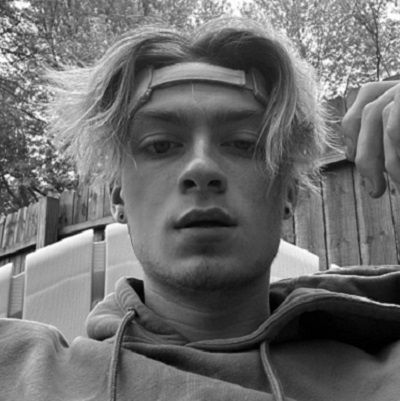 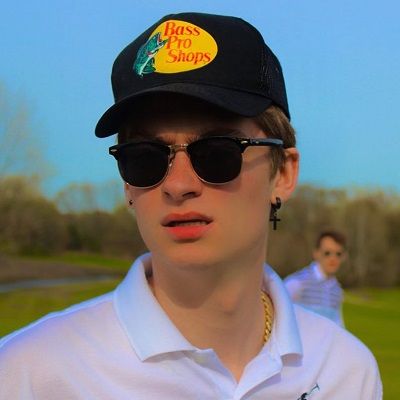 Tommy Unold was born on 1st June 2001, in California, USA. He is currently 19 years old and his zodiac sign is Gemini. His mom was featured in a couple of his earliest TikTok videos. He is close to his father as well. Therefore, he once posted an image with him on his Instagram account, in which he is seen playing golf with him wishing him “Happy Father’s Day”. He has a younger sister named Ally Unold. But, he has not revealed his parent’s names.

However, he spent most of his childhood in Michigan. Regarding his education, he attended Mattawan High School and played basketball there. Moreover, he acted in a school production adaptation of the TV show Get Smart. He graduated on May 25, 2019, and has also posted a photo with his friend on his Instagram. 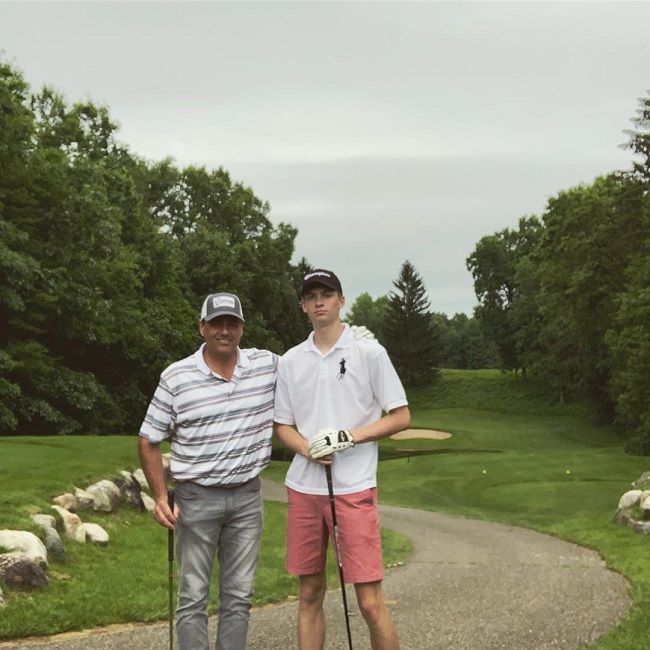 Tommy is a content creator on TikTok who became known for his funny public interview question videos. The majority of his videos began to earn hundreds of thousands of likes per video and he has garnered more than 8 million fans. He surpassed 10 million likes on TikTok in May of 2019.

He posted a compilation video with the caption “Asking girls how attractive I am” in May 2020 that earned over 3 million views. Furthermore, he used an original sound from Nathan Evan for a comedy TikTok video he called “3 types of cheaters”.

His fans always apprehend his videos for his content. He is very prominent on Instagram as well where he posts his day to day photographs. He seems a pretty happy go lucky kind of guy on Instagram with more than 494 thousand followers. His fans really like his humor and acting. He is also planning to enter into the modeling field and is also receiving some offers from some brands.

He also has his YouTube channel named ‘TommyUnold’. He created his channel on May 17, 2019. He has not uploaded many videos on it. However, he is trying his best to be equally active on every social media platform. He is trying to make more videos and is frequently posting on YouTube as well.

Similarly, some of the most popular YouTube videos from his channel are ‘ASKING MOMS IF IM ATTRACTIVE!’, ‘How (not) To Get A Girlfriend!’, ‘HOW TO GET FAMOUS ON TikTok IN A WEEK! *1 Million Fans FAST!*’, ‘Reading my DMs’, ‘Does Size Matter? w/Durte Dom’, ‘The “Backpack” Kid “Flossin” Lyric and Meaning *REMAKE’, and many more. 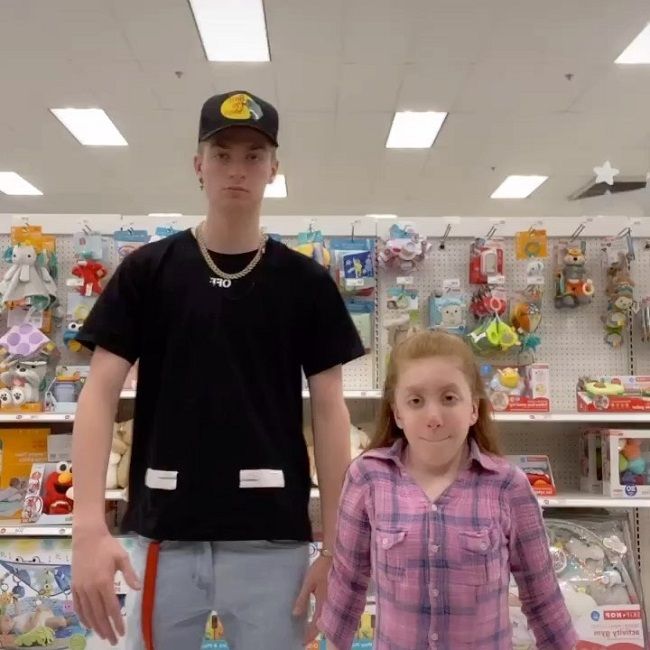 Caption: Tommy Unold while making a TikTok video with his sister. Source: Instagram

Speaking on his personal life, he is not dating anyone and is single at the moment. He has not revealed his dating history publicly. He might have dated someone earlier, but he has not spoken up to the public till now. However, he is enjoying his single life to the fullest. Moreover, he has a reserved personality, so he has kept his romantic life low profile and out of public attention.

Similarly, he has never faced any kind of rumors and controversies until now. He has maintained his profile pretty awesome. Therefore, he is out of any dating rumors as of now and is quite focused on his career.

Tommy is a tall guy with an amazing personality. He stands the height of 5 feet 11 inches tall and weighs around 65 Kgs. Moreover, his shoe size is 11 (UK). Moreover, he has blonde hair and hazel eyes. His other body measurements are not revealed. Likewise, he has a good build figure and has maintained a healthy body status. 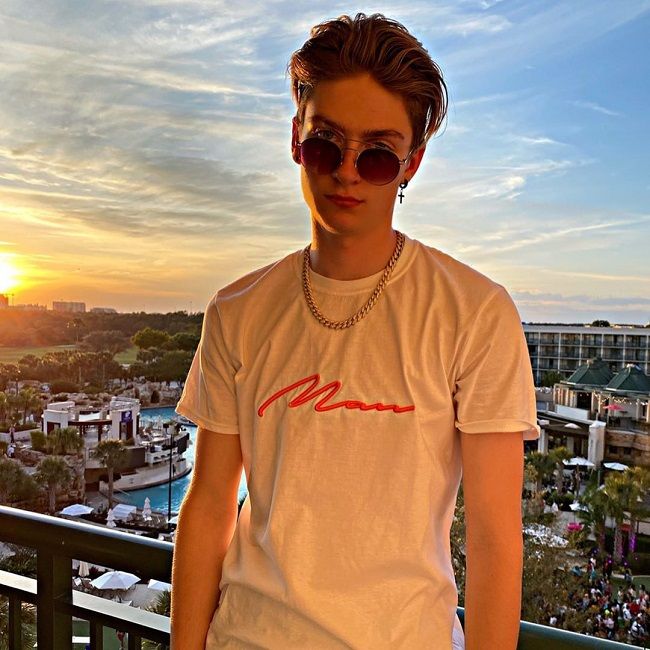 He is sure to pocket a good amount of money through his social media profession. His estimated net worth as of 2020 is roughly around $1 million – $5 million. Moreover, he has also been working on his merchandise line. He has launched some T-shirts, sweatshirts, and many more for his fans to buy.