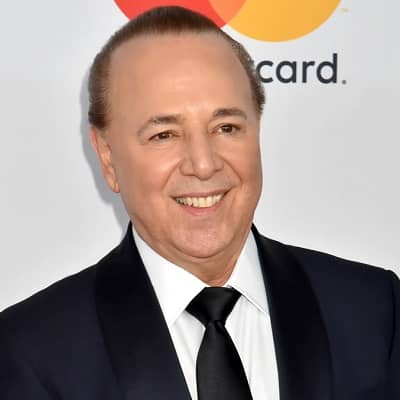 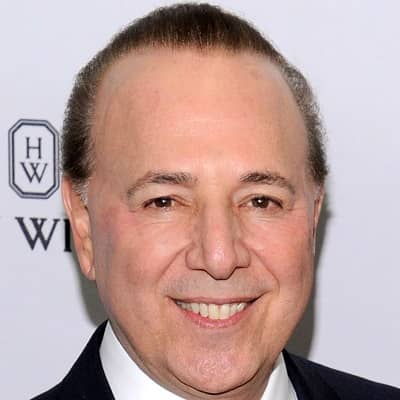 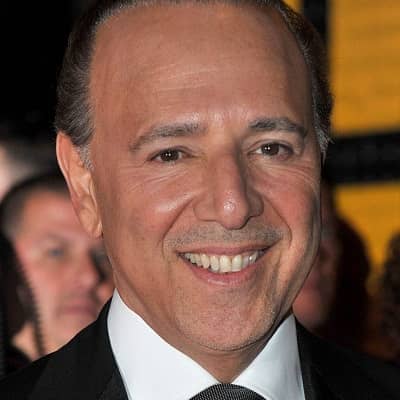 Tommy Mottola was born on 14 July 1949 and he is currently 72 years old. He hails from The Bronx, New York, and his zodiac sign is Cancer. Likewise, his full name is Thomas Daniel Mottola and he comes from a middle-class Italian-American family.

Talking about his education, this personality is a graduate of Iona Grammar School and Iona Prep. He graduated from these institutions in the years 1962 and 1966 respectively. Additionally, this personality also attended military school for a time. Later on, he dropped out of Hofstra University on Long Island. Following this, he went on to pursue a music career as a guitarist and singer. He did so with The Exotics – an R&B cover band. 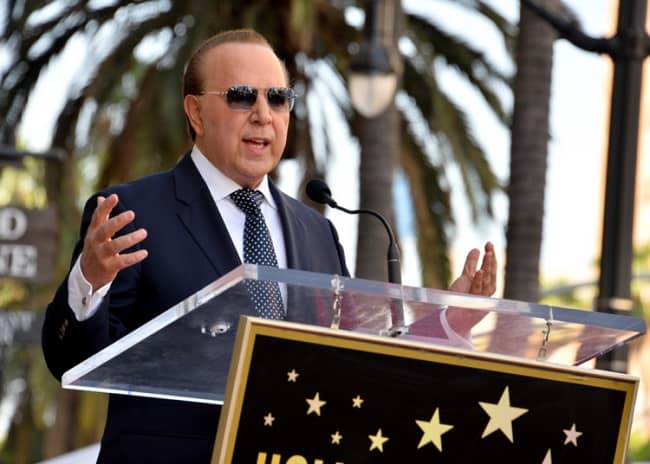 Professionally, Tommy Mottola is a famous music executive, producer, as well as author. This personality is the Chairman of Mottola Media Group at present. Previously, he was also the Chairman and CEO of Sony Music Entertainment for nearly 15 years. Sony Music Ent. is the parent of the Columbia label.

Talking about the beginning of his career in the field of music in the mid-1960s. He initiated his career as a recording artist for CBS Records. Back then, he used the name “T.D. Valentine”. Following his attempt to become a recording star himself failed, this personality worked for publishing powerhouse Chappell Publishing. Soon, he also started his own management company called Champion Entertainment Organization.

This person’s role at the aforementioned entertainment organization put Tommy in touch with many artists. Subsequently, he signed his 1st successful management clients namely Daryl Hall and John Oates.

This music executive helped the aforementioned artists land a record deal and several high-profile endorsements too. He also gained recognition for his successful management of the black rock group Xavion. He did so by using new media for promotion like music videos and corporate sponsorship for music tours. 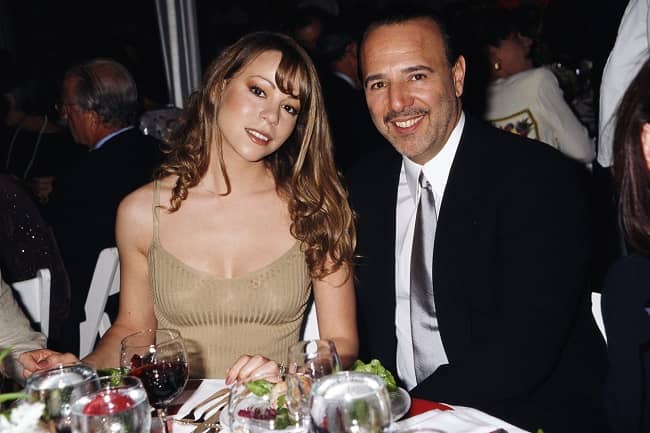 A career with Sony Music

This personality joined CBS Records, now known as Sony Music, in 1988. Walter Yetnikoff hired him to run its U.S. operations. Then in 1990, he replaced Yetnikoff as Chairman CEO of this company, which was newly named Sony Music. During his time as the CEO, Mottola transformed the company into one of the most successful global music companies.

As such, he helped expand its businesses into over 60 countries. He also created one of the strongest management teams in the music industry. Furthermore, this person also revitalized Sony Music’s publishing division. He did so by making acquisitions like the Beatles catalog.

Furthermore, he also enabled Sony to become the 1st major music company to make commercial digital downloads available. Also, this personality was responsible for some of this company’s biggest global superstars like Mariah Carey and Celine Dion.

People also recognize him for releasing digitally remastered compact discs of older recordings made by artists including Barbra Streisand, Billy Joel, Pink Floyd, Andy Williams, and Bruce Springsteen. Then in the late 1990s, this personality also contributed to the popularity of Sony artists like Marc Anthony, Ricky Martin, and Jennifer Lopez.

Moreover, this music executive also worked with Michael Jackson from the time the artist began recording his Dangerous album while still working with Sony. However, he left the entertainment company in January 2003. 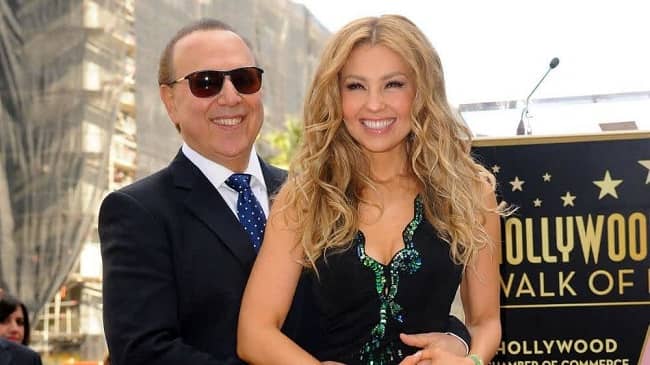 Caption: Tommy Mottola and his wife Thalia at an event. Source: Mamas Latinas

After leaving Sony Music, this personality bought out the rights to Casablanca Records, resurrected it, and signed the artists – Lohan and Mika. Further, he also published a book called Hitmaker in January 2013. He wrote this book alongside Cal Fussman. Furthermore, this personality produced A Bronx Tale. He brought the idea for A Bronx Tale musical to producer group Dodger Properties.

Later on, in 2018, this personality’s Mottola Media signed a multi-year 1st look deal with eOne to develop scripted and unscripted TV. Then in March 2021, he worked together with Neon16 CEO and Co-founder: Lex Borrero, and the representation firm Range Media Partners and formed NTERTAIN. It is an entertainment and media company creating, developing, and producing content across multiple mediums. This company highlights Latino stories and represents Latino talent, brands, and culture. 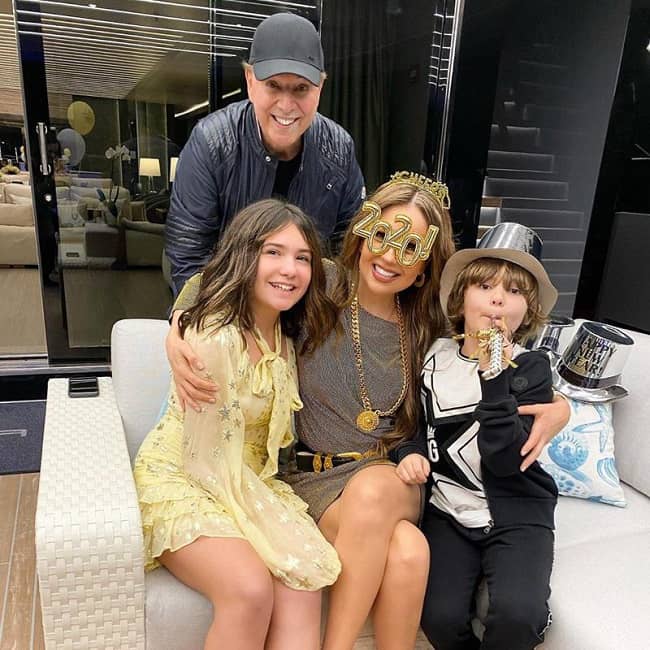 Caption: Tommy Mottola posing for a photo with his family. Source: Hola

Tommy Mottola is a happily married man and his wife is Thalía (aka Ariadna Thalía Sodi Miranda Mottola). The two tied the knot on 2 December 2000 and had their wedding ceremony at New York City’s St. Patrick’s Cathedral. Together, this couple shares two children namely Sabrina Sakaë and Matthew Alejandro. The family welcomed these children on 8 October 2007 and 24 June 2011 respectively.

Prior to this relationship, this personality had two previous marriages and their subsequent divorces. His 1st wife was Lisa Clark. To marry the daughter of ABC Records head Sam Clark, Mottola converted to Judaism and tied the knot with Lisa in 1971. With Lisa, he shares two children namely Michael and Sarah. Unfortunately, the two ended up with a divorce finalized in 1990. Then on 5 June 1993, he married Mariah Carey, his 2nd wife. The couple separated on 30 May 1997 and officially divorced on 5 March 1998. 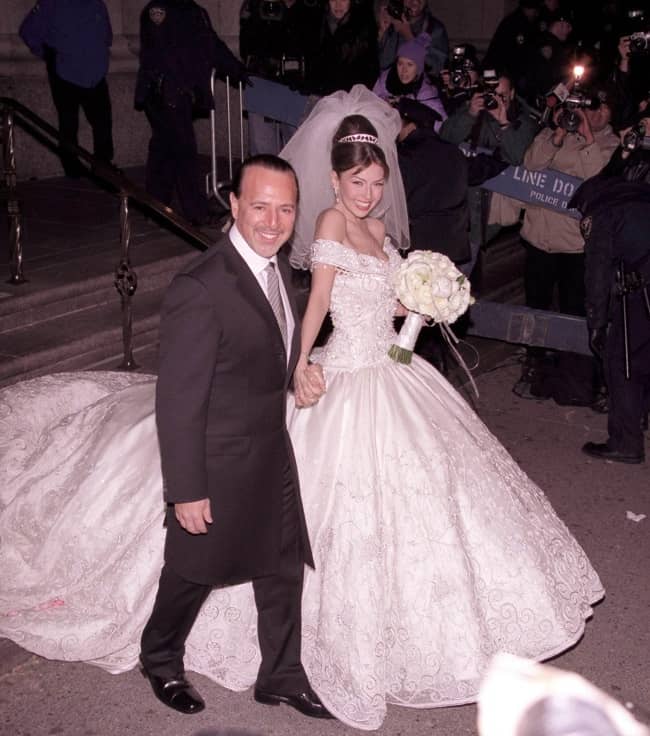 Caption: Tommy Mottola and Thalia during their wedding. Source: WordPress

Tommy Motto joined Twitter in December 2012 and now has over 7.7k followers. Likewise, his Instagram profile @tommymottola has more than 764k followers as of early March 2022. Moving on, this popular American personality has a net worth of $540 million US dollars.