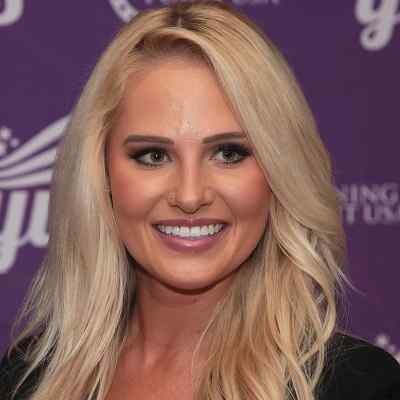 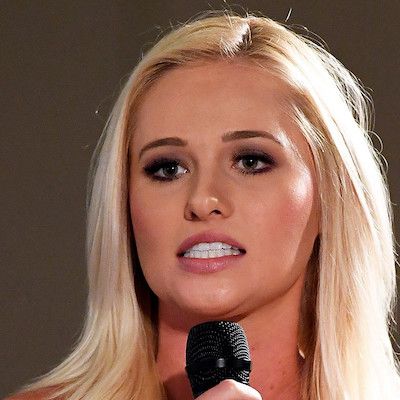 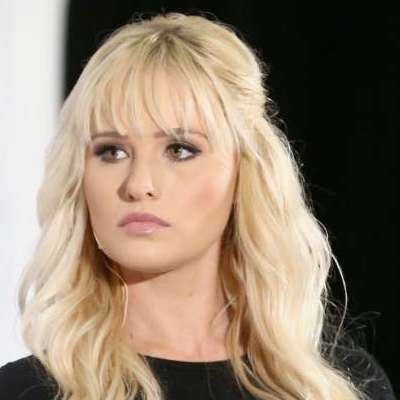 Tomi Lahren is an American political commentator and former TV host. Tomi Lahren is also famous for working for Fox News/Fox Nation and as a vlogger. She is also an actress

American Instagram star, actress, and model Tomi Lahren was born on August 11, 1992, in Rapid City, South Dakota, United States. She celebrates her 30th birthday in 2022. The name of her father is Kevin Lahren and her mother’s name is Trudy Lahren. Similarly, hr mother is a bank loan administrator and her father is a maintenance manager. Moreover, there is no information about her religion and belongs to Greman- Norwegian ethnicity. Her birth sign is Leo.

Originally, her origin is Scandinavian. Her great grandfather migrated to the United States from Norway. As her grandfather was an alcoholic, he did suicide after he could not recover himself. She rose up in a military family and got brought up in a very strict environment.

Likewise, she grew up in Rapid City, South Dakota, and graduated from Central High School in 2010. Then, she attended and graduated from the University of Nevada, Las Vegas in 2014 with a B.A. in broadcast journalism and political science.

As of her career, after her internship, she got the chance to host her first show on One America Network (OANN). Her first show began in August 2014 on the show On Point with Tomi Lahren. Later, in 2015 after her last show, she promised that there will be somethings new then in November same year she brought the new show name TheBlaze.

She became popular after the segment called “final thoughts”. Then in 2016, Lahren endorsed Marco Rubio for president in Republican Party presidential primary. Again in November 2016, she interviewed Trevor Noah about her role for other young conservatives. Tomi has even worked as an unofficial advisor to contribute to Trump’s presidential Campian for familiarizing youth with Trump policies. 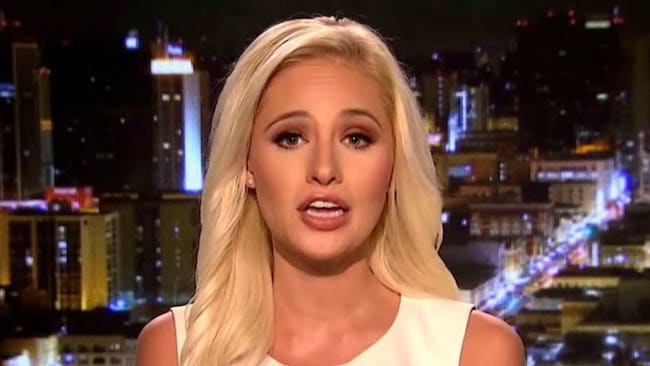 Currently, Tomi works for Fox News. She has also openly spoken about women’s legal access to abortion and accused pro-life as a hypocrite. She was suspended by the TheBlaze and fined her. However, the case was settled in the court between Tomi and TheBlaze owner.

Currently, she works for Fox News. She is further also working for Great America Alliance that supports Donald Trump. In the initial phase, she interviewed for One America News Network and selected as a host for her own show OnPoint with Tomi Lahren. She garnered the attention after talking on leading Democrats, saying: “Hillary Clinton, Elizabeth Warren, Joe Biden Old Rich White, and if the pantsuit fits… male too.” She was seen in TheBlaze show and got a good response for ending his show with final thoughts in which she speaks really fast.

Likewise, she made an appearance on the show The Daily Show with Trevor Noah. She even talked about women’s legal access to abortion and attacked a pro-life position as a hypocrite in the show The View for which she was immediately suspended due to the owner of TheBaze is pro-life. In May 2017, she started working in a part-time communications role for Great America Alliance.

Along with her profession, she has also involved in brand endorsement activities. She has remained the brand ambassador for a sports-luxe brand also for VOX. 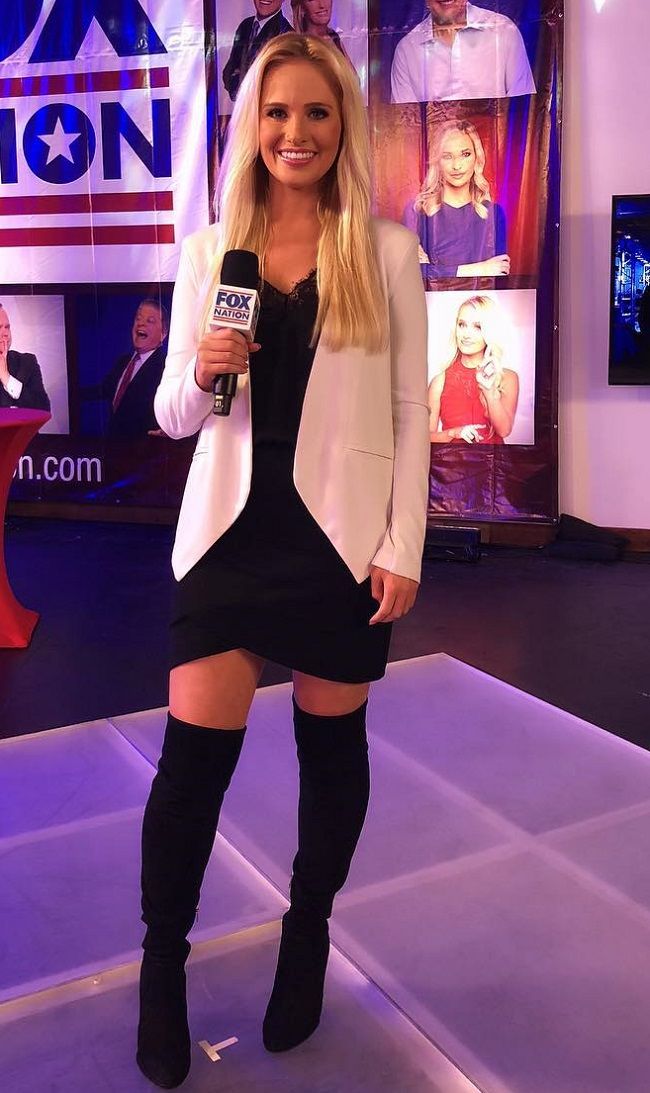 Tomi has an estimated net worth of around $3 million. Her income comes from being a Tv host and political commentator. However, she earns a salary on average of $16k per month.  There is no information regarding Tomi’s house, cars, and other assets.

She illustrated many times in her career. The New York Times has illustrated her as “Rising Media Star”. Later the BBC news channel announced her as “Young Republican Who Is Bigger Than Trump on Facebook”. However, she has a huge future ahead as she can win many awards. 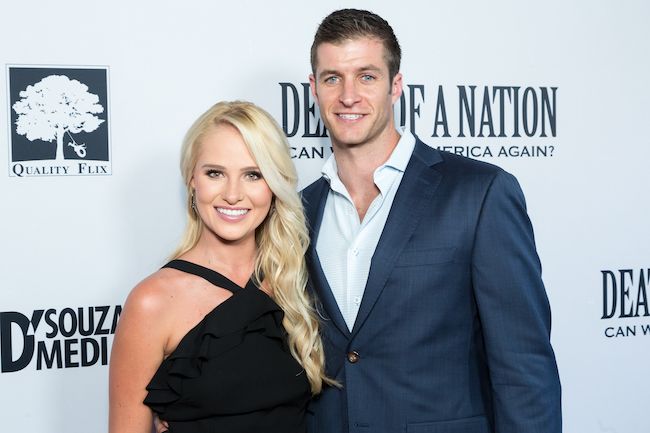 Tomi is straight and single. She and her then-fiance Brandon Fricke engaged in June 2019.  Tomi has called off her engagement to fiancé Brandon Fricke. The Bachelor says she’s single and exploring ‘Poly-Type Relationships.’

She is the center of controversy. She called out to Barak Obama, talk about Beyonce’s performance in half the time of super bowl. Moreover, she has also criticizing Jesse Williams. She is also been scrutinized for her pro-choice opinions. In 2018, she was attacked by the women verbally attacked her and threw a drink in her where she  handled the situation with grace,