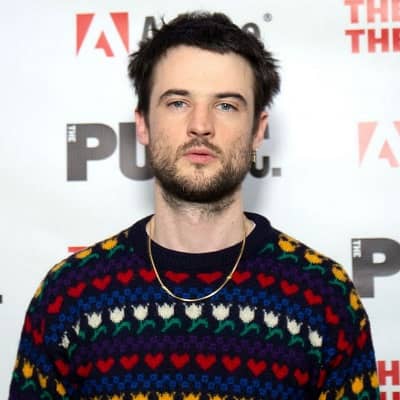 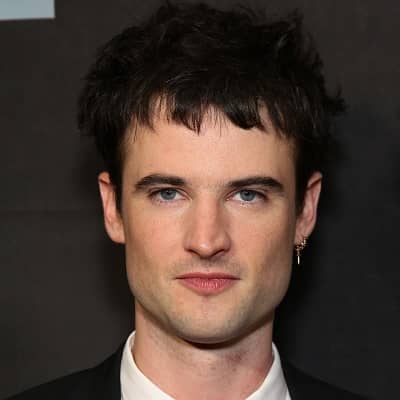 Tom Sturridge is a well-known English actor. Moreover, Tom Sturridge is best known for appearing in the films, ‘FairyTale: A True Story,’ ‘Being Julia,’ ‘Brothers of the Head,’ ‘On the Road,’ ‘Like Minds,’ ‘Journey’s End,’ and ‘The Boat That Rocked.’

Tom Sturridge was born on the 21st of December 1985, in Lambeth, London, England. As of 2022, he is 36 years old and holds British nationality. He has a birth sign of Sagittarius and belongs to the English ethnicity. And, his actual birth name is Thomas Sidney Jerome Sturridge.

Moreover, he is the son of Charke Sturridge (father) and Phoebe Nicholls (mother). Professionally, his father is a director, while his mother is an actress. He is the grandson of Faith Kent and Anthony Nicholls, both actors. In addition, he grew up with his brother Arthur and his sister Matilda, both of them are actors.

Talking about his academic career, he attended Harrodian School. Later, he attends Winchester College and boarded at the College’s House E.

Working for several hit movies, series, and stages, he has collected a huge sum of money and lives a lavish life. As of 2023, Sturridge has a net worth of $3 million and he has not shared his earnings and salary.

Being born as a celebrities son, Tom Sturridge grew up in a filmy environment. As a child actor, he made his appearances in the 1996 television adaptation of Gulliver’s Travels, directed by his father and co-starring with his mother.

In 2004, he made a return with Vanity Fair and Being Julia. He portrayed William Herbert, 3rd Earl of Pembroke in BBC4’s A Waste of Shame in 2005. He was soon cast in the films, ‘Brothers of the Head,’ ‘Like Minds,’ and ‘The Boat That Rocked.’

In September 2009, Sturridge made his stage debut in Punk Rock, a newly staged play by Simon Stephens at the Lyric Hammersmith Theatre, playing a role largely based on the Columbine High School killers.

Caption: Tom Sturridge in the movie, The Boat That Rocked (Source: Fernby Films)

Later, he was nominated for Most Outstanding Newcomer in the 2009 Evening Standard Awards for that performance, and he won the 2009 Critics’ Circle Theatre Award in the same category. He co-starred in the 2011 indie romance Waiting for Forever with Rachel Bilson.

In Walter Salles’ 2012 film adaption of Jack Kerouac’s On the Road, he played a role loosely based on poet Allen Ginsberg. In the spring of 2013, he performed in the Broadway play Orphans as Phillip, a developmentally disabled character, for which he received a Tony Award nomination for Best Performance by an Actor in a Leading Role in a Play.

In 2017, Sturridge played Winston Smith in the Broadway version of 1984. Later, in  2019, he co-starred with Jake Gyllenhaal in the Broadway play Sea Wall/A Life, for which he was nominated for a Tony Award for Best Leading Actor in a Play.

Moreover, he was reported to play Dream of the Endless / Lord Morpheus in the Netflix adaptation of The Sandman in January 2021.  Neil Gaiman, the writer of The Sandman, estimated in a May 2022 interview that he had personally viewed “about fifteen hundred” auditions for the lead character of Morpheus, but added that Sturridge had been among the most likely to be picked for the role from “the first ten auditions.”

As an actor, he has won a total of three awards and five nominations. In 2009, he won the Critics’ Circle Theatre Award for Most Promising Newcomer. Similarly, he received the 2013 Outer Critics Circle Award for Outstanding Featured Actor in a Play.

Talking about his personal life, Tom Sturridge seems to be single and unmarried. However, he was in a relationship with actress Sienna Miller. They two started dating each other in 2011. Later a year after dating, the couple welcomed their daughter in July 2012 who is unknown. The pair separated in 2015, and the reason behind the separation is unknown. 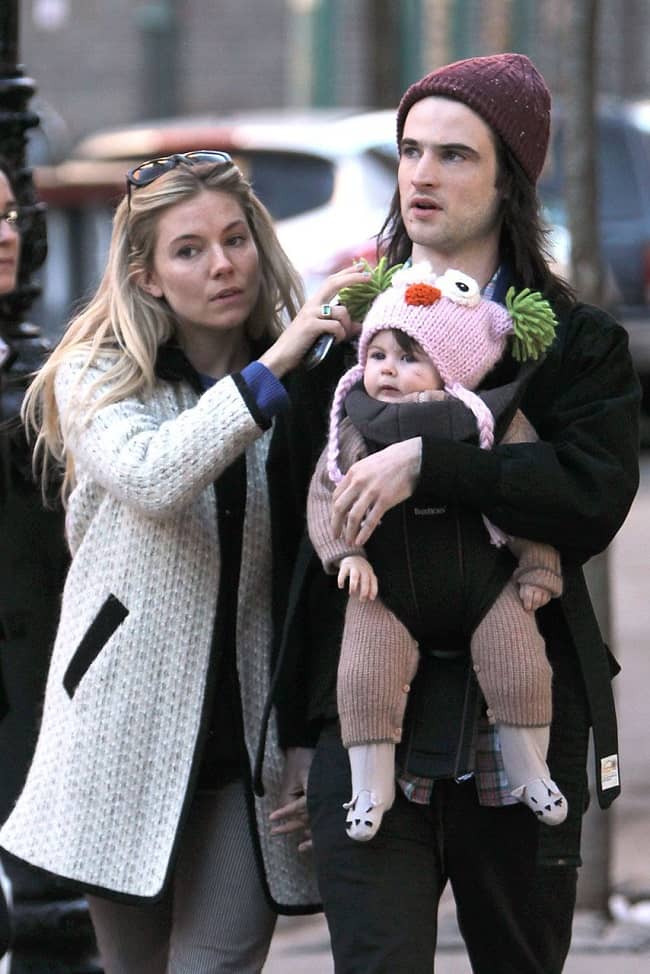 Caption: Tom Sturridge with his ex-girlfriend and their daughter (caption: Marie Claire UK)

Sturridge is not involved in any kids of controversy or rumors and is focused on his professional career.

This actor stands 5 feet 9 inches and weighs around 74 kg. He has blue eyes with black hair and his body measurement measures 40-34-14 inches. In addition, he has an athletic body type and wears a shoe size of 9 US.