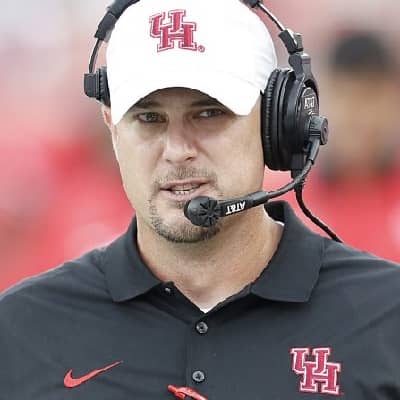 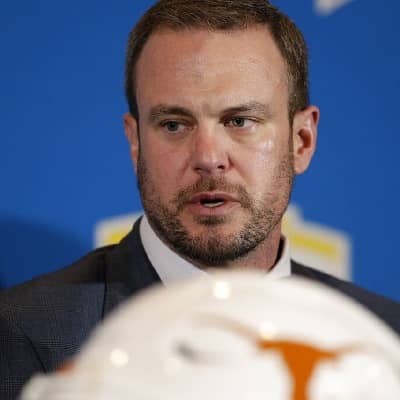 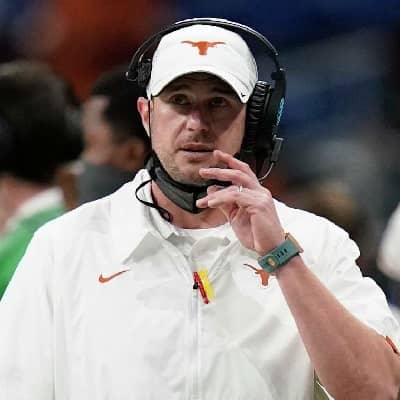 Tom Herman is an American football coach and a former player who recently served as an offensive analyst and special projects coach for the Chicago Bears of the National Football League (NFL). Tom Herman served as a head coach at the University of Houston from 2015 to 2016. After that, he became the head coach for the Texas Longhorns at the University of Texas at Austin from 2017 to 2020.

Tom Herman (Thomas Herman III) was born on June 2, 1975. As of now, he is 47 years old. He was born in Cincinnati, Ohio. He was an only child, born to Rita Herman and Thomas Joseph Herman Jr. From the age of six, he was raised in Simi Valley, California. Tom is a Christian by religion and his zodiac sign is Gemini.

Tom started his career as a coach in 1998 at Texas Lutheran as a receivers coach. He then took an edge as a graduate assistant under the mentorship of Greg Davis in 1999 at the University of Texas at Austin. During his career in Texas, he worked with the offensive line.

In 2004, they finished 11–3 and advanced to the Division I-AA championship’s semifinals. Tom then joined Texas State as the coordinator in 2005. During his two seasons at Texas State, his team led the Southland Conference in total offense; therefore, the 2005 team was ranked eighth nationally in scoring.

In 2007, Tom then followed head coach David Bailiff from Texas State and formed the new coaching staff at Rice. Rice was ranked in the top 10 nationally in 2008. After building one of the nation’s strongest offenses at Rice, Tom joined Iowa State as offensive coordinator and quarterbacks coach.

He installed his systems and new life was brought into the offense. The offense improved greatly and broke numerous team and player school records all during his three seasons at Iowa State. On December 9, 2011, Urban Meyer selected Tom as his offensive coordinator and quarterbacks coach for the Buckeyes.

After leading Ohio State’s fourth-ranked offense to their first national title since 2002, Tom was then awarded the Broyles Award, given annually to the nation’s top assistant coach on December 9, 2014. On December 15, 2014, Houston hired Tom as its new head coach. 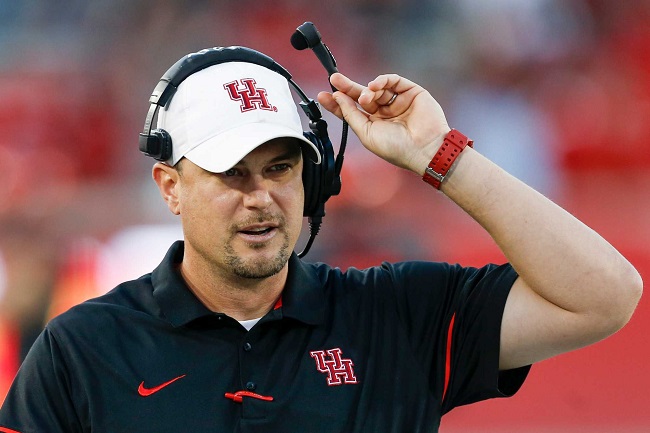 Tom Herman as the head coach for Houston in the 2014 season Source: Houston Chronicle

In the 2015 season, he led his 21st-ranked team to an 11-1 start and won their first American Athletic Conference title by defeating the Temple Owls 24-13. On December 15, 2015, the 14th-ranked Cougars were led by Tom to a 38-24 victory over the 9th-ranked Florida State Seminoles at the Peach Bowl.

In 2016, Tom’s second season with Houston, the Cougars slipped to a 9-3 regular-season record. Houston’s overall record in its two seasons under Tom was 22-4, which culminated in his appointment as the head coach of the Texas Longhorns immediately following Houston’s final regular-season contest of 2016. 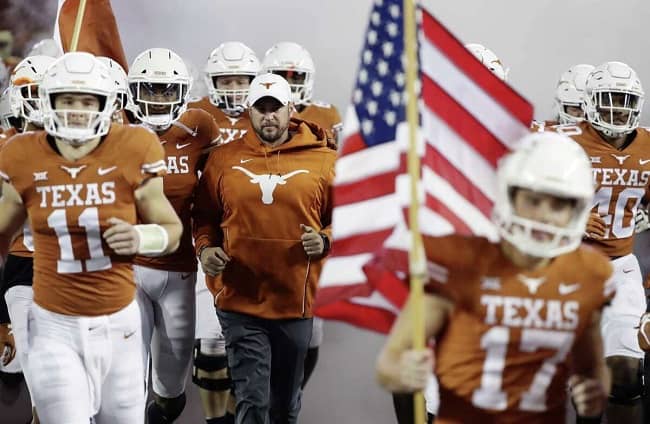 Tom Herman as the head coach for the University of Texas in the 2016 season Source: Chron

On November 27, 2016, Tom got hired as the new head coach at Texas with a five-year contract. In his second season at the helm, Tom led Texas to a 9-3 regular season record and defeated Georgia in the Sugar Bowl, which clinched the primary 10-win season for the Longhorns since 2009.

Similarly, later that year Texas defeated No. 11-ranked Utah in the 2019 Alamo Bowl by a final score of 38-10 to end the season on a high note. Furthermore, Herman coached Texas to a 7-3 record, culminating with a second straight victory in the Alamo Bowl over Colorado in 2020.

Despite his wins in four seasons, Tom was let go on January 2, 2021. Tom then joined the Chicago Bear’s coaching staff, in 2021 as an offensive analyst and special projects coach.

Tom Herman is a former player and an American Football Coach with a net worth of $12 million. After the 2016 season, he agreed to become the head coach at Texas and signed a five-year deal worth $5 million in base salary per year. Hence, his annual salary is estimated to be $5 million.

Tom Herman is married to Michelle Herman. His wife, Michelle came into the limelight after tying the knot with Tom. The couple has a daughter named Priya and two sons, Maddock and Maverick. Other information regarding their personal life remains unknown. 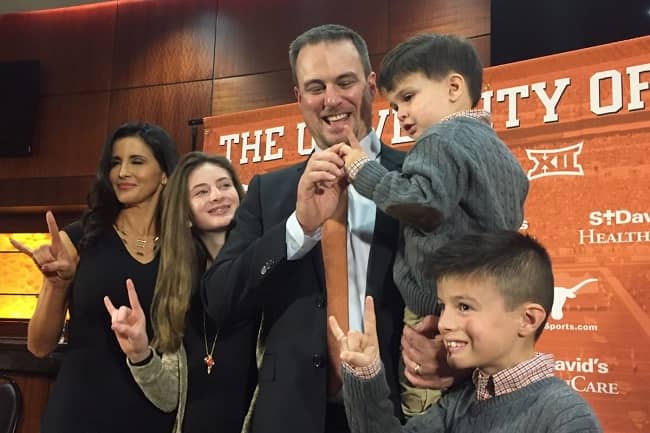 Tom Herman with his family posing for a photo after signing a five-year contract with the University of Texas Source: PaperCity Magazine