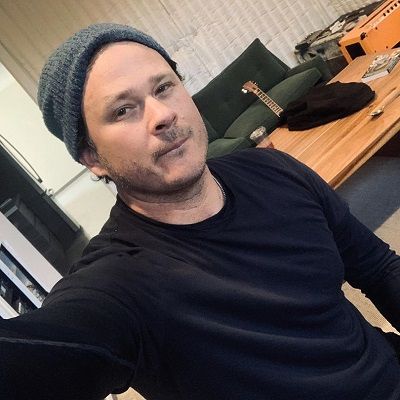 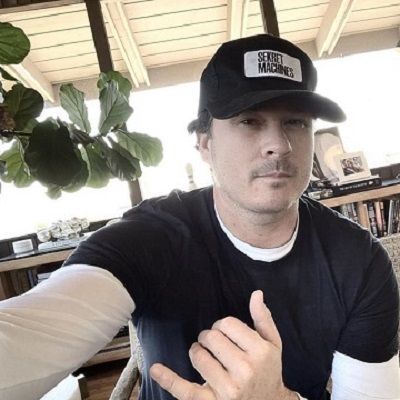 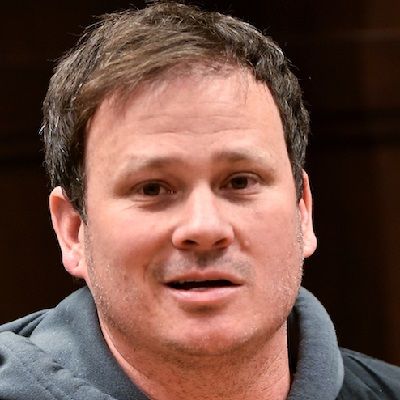 Tom Delonge is an American musician, singer, songwriter, and entrepreneur. Tom Delonge is the former guitarist and co-lead vocalist of the popular American rock band Blink-182.

Thomas Matthew Delonge Junior was born on 13th December 1975 and is currently 45 years old. His zodiac sign is Sagittarius. Likewise, he was born in Poway, California, United States of America. Tom holds American citizenship and belongs to the Caucasian ethnic group. Similarly, he is the son of Thomas DeLonge Sr. director of the oil business and mortgage broker Connie Delonge.

Moreover, the Delonge family follows Christianity. Similarly, he has two siblings, one brother, Shon and sister Kari. Reflecting upon his educational qualification, he is a high school dropout. He was restricted from Poway High School and then was transferred to Rancho Bernardo High School.

Since childhood, growing in the suburb of California, Tom was into skateboarding and was a very mischievous kid. When he started playing skateboarding in third grade, he would spend most of his time playing. During school days, he was not academically sound but was very talented and interested in extra-curriculum activities. He always wished to become a firefighter and took part in the Cadets programs of San Diego.

Likewise, he was not much into music at first, however, after he received trumpet at the age of 11 as a Christmas present slowly his interest raised in music. Similarly, he received his first guitar as a Christmas present by two of his sixth-grade friends. His interest in guitar came after he took a friend’s guitar in a camp. He painted his hair into purple and also started practicing guitar day and night loudly in his room. Furthermore, he tried to form a musical band named ‘Big Oily Men’ which was a single-man band with members persuade by him.

He was very much occupied in skateboarding and music. He stated, ‘As long as I got that C, I wouldn’t try one minute extra to get a B, I just cared about skateboarding and music’. However, after the unfortunate separation of his parents’ relationship, shortly after that his mom lost her job and he started working to earn money. He started working in the building after high school, likewise, he used to drive around a diesel truck handling concrete and piping. Moreover, he was expelled from Poway High School for getting drunk in school and playing basketball while drunk.

After transferring to Rancho Bernardo High School, Tom met Mark Hoppus and Scott Raynor during senior high school. Moreover, he formed the famous American rock band Blink-182 along with bassist Mark Hoppus and drummer Scott Raynor. Initially, they tried to name the band ‘Duct Tape, Figure 8 but ultimately came with name Blink. Moreover, after another band raised it’s copyright concerns they had to add 182 which became the best known pop-punk band of the 90s.

Likewise, their first demo album ‘Flyswatter was shot on Scott Raynor’s bedroom. He used to make random calls to the school and convince them about their band that it is an anti-drug awareness band and would play their music during lunch breaks in school. Similarly, they released their third and demo album ‘Buddha’. It was made with the help of a local store manager Pat Secor in 1994. Likewise, the group released another album ‘Cheshire Cat’ in 1995. However, they finally became famous after releasing the album ‘Dude Ranch’ in 1996 with MCA. 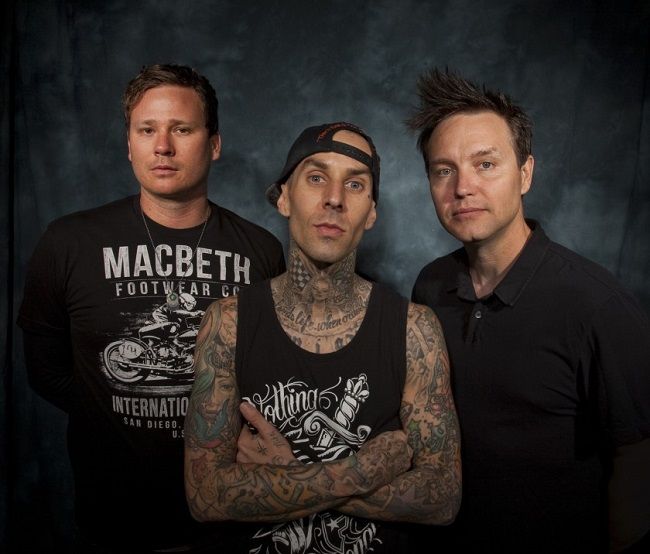 As the group slowly gaining popularity after the hit ‘Dude Ranch’, slowly the band started facing problems after Scott started developing dinking problems and started missing tours. Unfortunately, the band fired its original member and hire Travis Barker as the drummer from the band Aquabats. Likewise, after Travis joined the band moved into the studio along with producer Jerry Finn to work on their third album ‘Enema of the State’. It was later released in June 1999.

Furthermore, this album became the hit album of Blink 182 which ultimately rose them into stardom. This album has three singles, ‘What’s my age again?’, ‘All the Small Things’, ‘Adam’s Song’. Moreover, these albums became a hit and it quickly took over hit music show MTV, and also radio stations. Likewise, the album also sold over 15 million copies of its album worldwide.

Similarly, the band recorded ‘Take off Your Pants and Jackets’. Likewise, its major success was from his hit singles, ‘The Rock Show’, ‘Stay Together for the Kids’ and ‘First Date’ from which they received MTV’s video awards.

However, tom left his band Blink-182 in the year 2015 after 23 years of togetherness. Moreover, he left the band earlier in the year 2005 too but again returned in the year 2009. But after he left the band in 2015 he never looked back after that. He says his decision to leave the band was to focus on career and assures to fan that he still is in good connection with his former band-mates. Furthermore, he has not disclosed any information regarding it.

During the year 2002, while the band was facing internal dispute among its band members, Tom created a post-hardcore punk-inspired band Box Car Racer. He formed the band along with Travis Barker and David Kennedy later replaced by Anthony Celestino. However after he referred the band as an experimental thing, Blink 182 band Mark felt betrayed by the Boxcar racer which resulted in conflict in the band. Likewise, a year later, the band re-assembled to produce a self-entitled album, ‘Blink-182’ in 2005.

The band then released high-charted lead singles like ‘Feeling This’ and ‘I Miss You’ which became the second number one hit on the Billboard Modern Rock Tracks chart. However, after a conflict, because he refused to be part of the business rather than being a band, he forms another band ‘Angels and Airwaves in 2005. This band is an alternative-pop and space rock-themed band and released ‘We Don’t Need to Whisper’, ‘I-Empire’, ‘Love and Love Album: Part Two. Furthermore, with internal disputes and dissatisfaction with each other, it resulted in the separation of the band.

Besides the music band, he has a career besides the band. After leaving the band, he pursued his interest in other Terrestrial Life to prove the existence of aliens. Currently, he is busy with his projects with ‘To the Stars Academy of Arts and Science’ by the former band members of Blink 182. Likewise, he also opened a website named ‘Strange Times’ which is about extraterrestrial life, paranormal activity, cryptozoology, and conspiracy theories.

He has a net worth of $90 million. He has earned it through his career as a musician, record producer, and entrepreneur. However, there is no information regarding his asset valuation.

Reflecting upon his relationship status, he had divorced Jennifer Jenkins. The high school couple separated after years of relationship. Tom met Jennifer during high school and started dating in the year 1996. Likewise, he married his lover on 26th May 2001 at Coronado, California on San Diego Bay. They have two children together. However, their relationship could not be successful and he filed for divorce in the year 2019. Currently, he is dating a girl named Marie who is often featured on his Instagram. 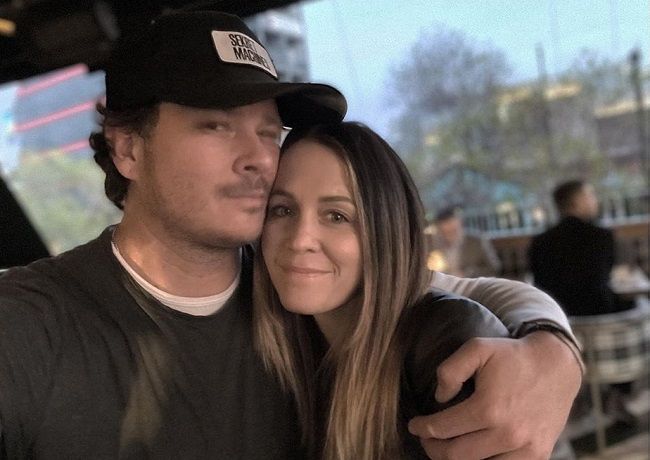 Tom Delonge has a good personality and fair looking skin. He stands the height of 6 feet 3 inches (75 inches) tall and weighs 78 kgs. Likewise, he has brown eyes and light brown hair color. Similarly, his body measurement is 32-26-32.

Reflecting upon his social media presence, he is active in social media. His Twitter account is @tomdelonge and has 705.7K followers till April 2020 which he joined in February 2009. Likewise, he also has an Instagram account @tomdelonge with 752K followers. He has even signed up the account on Facebook has more than 600k followers.