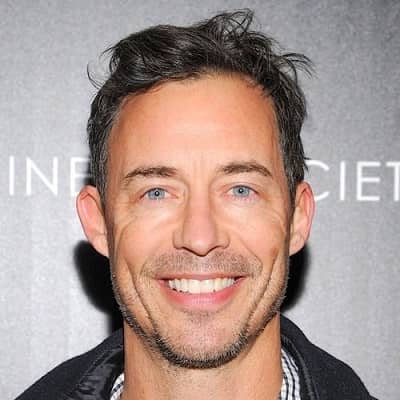 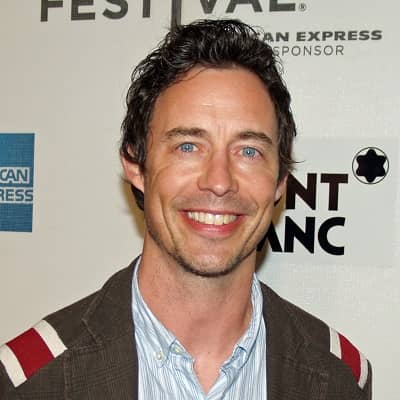 Tom Cavanagh is a Canadian actor and he is well-known for his work on American television, including starring parts in Ed (2000-2004), Love Monkey (2006), and Trust Me (2009), as well as recurring roles on Providence and Scrubs. Tom Cavanagh has played Eobard Thawne / Reverse-Flash, as well as numerous versions of Harrison Wells, on The CW television series The Flash. Cavanagh has also directed several episodes of The Flash.

Tom Cavanagh was born on October 26, 1963, in Ottawa, Canada his age is 58 years old as of 2022 and Cavanagh is a Canadian citizen by nationality and follows the Roman Catholic religion.

Later, he enrolled in CEGEP courses at Champlain College in Lennoxville. While attending Queen’s University in Kingston, Ontario, he became interested in theatre and music, as well as ice hockey and varsity basketball. In 1987, he acquired degrees in English, biology, and education.

Regarding his career, Cavanagh worked as an actor in his native Canada for many years, playing in television dramas such as Jake and the Kid in the late 1990s. However, he was cast in the Broadway production of Shenandoah in 1989.

A Chorus Line, Cabaret, Brighton Beach Memoirs, Urinetown, and Grease are among his other theatre credits. He appeared in New York City’s Second Stage Theatre’s 2008 production of Some Americans Abroad. Following his success as Doug the Dog Guy in the NBC television series Providence, Cavanagh was cast as the central character in the NBC series Ed.

Additionally, Cavanagh was nominated for a Golden Globe and won a TV Guide Award for his work on Ed, which aired for four seasons beginning in October 2000 and ending in February 2004. Also, he played King County Sheriff David Reichert in the Lifetime Movie Network television drama The Capture Of The Green River Killer. 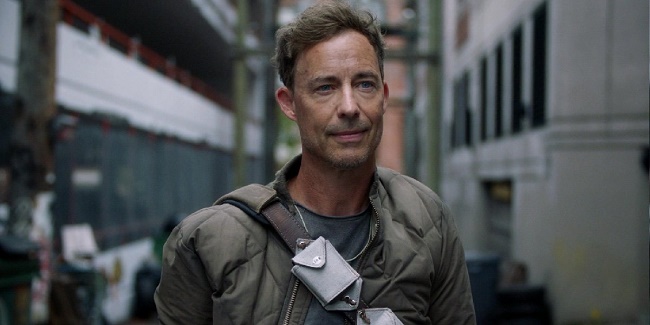 However, Cavanagh made his film debut in the 2002 picture Bang Bang You’re Dead. Cavanagh’s previous cinematic performances were mostly in supporting roles.

Following the conclusion of that series, he had his first starring role as an escaped convict in the thriller Heart of the Storm. In 2005, he co-starred in the romantic comedy Alchemy with Sarah Chalke, and in 2006, he participated in Gray Matters, another romantic comedy.

Cavanagh has done some television commercials such as Oh Henry! chocolate bars and Labatt Blue Light beer commercials in the 1990s and also worked for CIBC.

However, he is involved in some charity campaigns in which he helps needy people. In the summer of 2008, he established the Cavanagh Classic, an annual celebrity basketball tournament in Harlem’s Rucker Park to generate funds and publicity for nothing but Nets.

However, the charity’s mission is to eradicate malaria by providing mosquito nets to families in need. Cavanagh traveled to Rwanda as part of a United Nations Foundation trip in March 2009 to distribute nets and train users on how to utilize them. Also, Cavanagh completed the New York City Marathon in 2006. 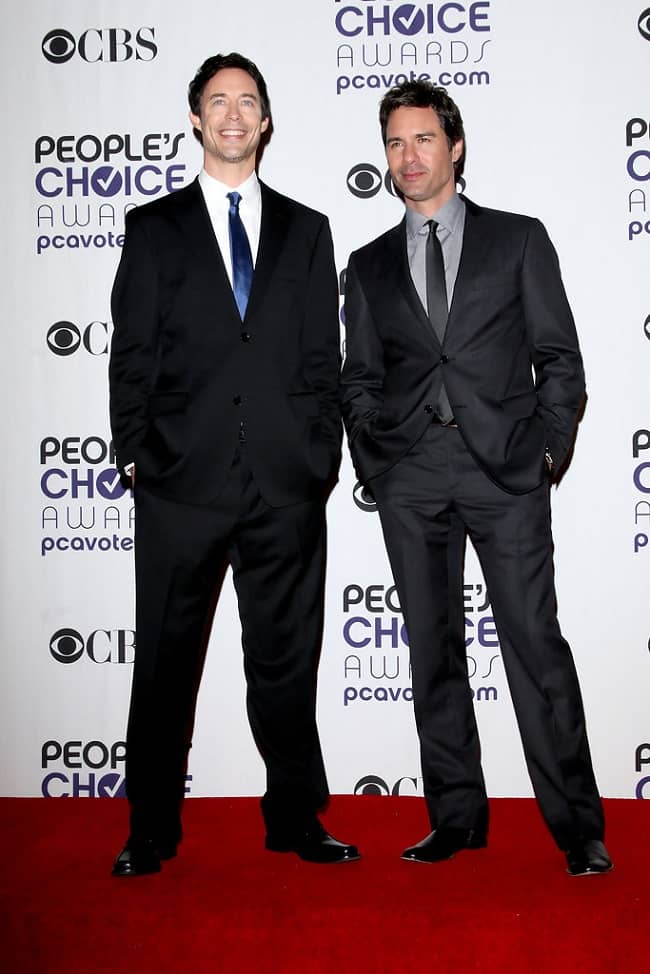 Caption: Tom Cavanagh in an award show with his friend. Source; Zimbio

Cavanagh is a Canadian actor who has worked on a variety of shows, and movies and has earned a considerable income via his work. Cavanagh’s estimated net worth is around $4 million and his source of income is mainly his acting profession.

Cavanagh married Maureen Grise on July 31, 2004, in a Catholic ceremony in Nantucket, Massachusetts. Grise is an image editor for Sports Illustrated. Cavanagh and Grise have two sons and two daughters.

Their children’s names are Katie Cavanagh, James Joseph Cavanagh, Alice Ann Cavanagh, and Thomas Cavanagh Jr. Moreover, there is no information regarding Cavanagh’s past affairs or girlfriends. 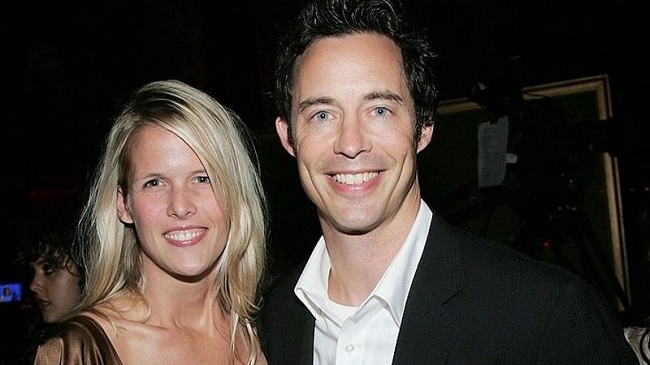 During his entire acting career, Cavanagh hasn’t been associated with any sorts of rumors or controversies. Also, Cavanagh always avoids the media and engaging in situations that can damage his professional acting career.

Talking about Cavanagh’s height he is 5 Feet 11 inches tall and weighs 77kg. Moreover, Cavanagh’s eye color is blue and his hair color is dark brown. Also, Cavanagh’s shoe size is 10(US).