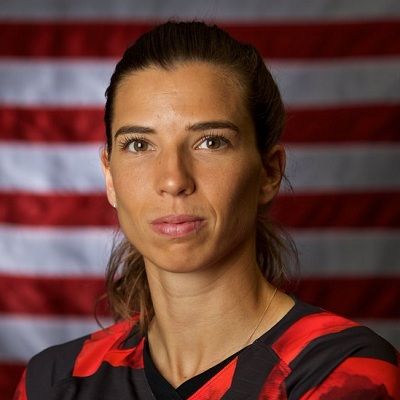 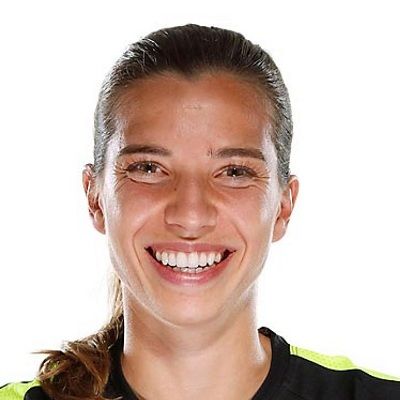 Tobin Heath was born on May 29, 1988, in Morristown, New Jersey and she is 23 years old at present. She was born to Jeff Heath and Cindy Heath and grew up in Basking Ridge, New Jersey. She has three siblings, a younger brother, Jeffrey, and two older sisters, Perry and Katie. Her siblings are also active in Athletes in Action and Champions for Christ. She started playing soccer at the age of 4 in the back of a YMCA. She is a devout Christian. 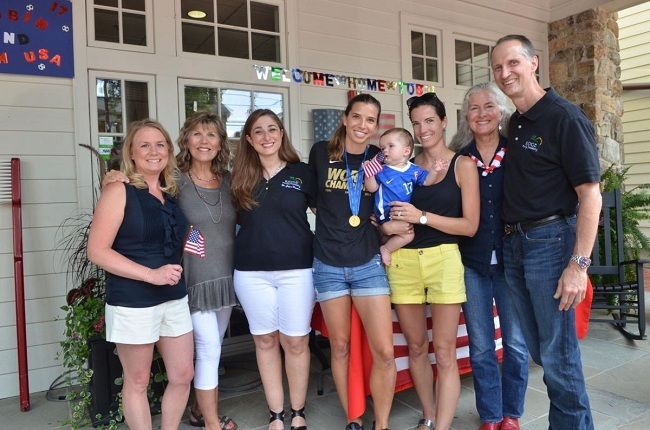 She graduated from Ridge High School in Basking Ridge in 2006, where she played soccer for 3 years. Furthermore, she also played for the 2003 Club National Champion PDA Wildcats team. She soon attended the ‘University of North Carolina’ (UNC), where she trained with male athletes.

Similarly, she was part of the 2006 ‘All-America’ national championship team and made 23 appearances as a left midfielder. She scored a number of goals and made assists that entered her to the ‘NSCAA All-American’ first team and the ‘All-Atlantic Coast Conference’ (ACC) 1st team.

During her senior year, she was included in the ‘NCAA All-Tournament’ team and was the 1st runner-up for the ‘MAC Harmann Trophy.’ She was instrumental in the ‘UNC’ winning the ‘NCAA Division I Women’s Soccer Championship’ titles in the years 2006, 2008, and 2009.

In 2010, she was the 1st overall pick in the Women’s Professional Soccer (WPS) 2010 college draft. And was also selected by the expansion team Atlanta Beat. She missed the remainder of the 2010 season due to her injury to her right ankle in her third appearance for the Beat.

Heath played on many youth national teams -including the U-16s in 2003-2004 and the U-17s in 2004-05. Moreover, in total, she made 24 appearances for the USA Women’s winning U-20s in 2006, scoring five goals. She was a part of the silver medal-winning USA Women’s team at the 2007 Pan American Games in Brazil where she was in the starting lineup for the championship game.

In the World cup final, she entered the game in the 116th minute to extra time. The game ended up tied 2-2 and went to penalties. She was the 3rd U.S to take a penalty, her shot was saved by the Japanese keeper, and the U.S lost 3-1 on penalties.

Besides the field, Tobin is featured along with her national teammates in the EA Sports FIFA video game series in FIFA. She ended up ranking as the number 15 women’s player in the video game. Additionally, Tobin Heath and her teammates became the first women’s sports team to be honored with a Ticker tape parade in New York City.

In the 2012-2013 and 2013-2014 seasons, Tobin played for the Paris Saint-Germain F.C. After that, she has been a regular player for the Portland Thorns. Likewise, Tobin made her senior national-team debut in January 2008 with a game against Finland and she was a reserve midfielder on the US team for the Summer Olympics in Beijing. While playing at the Summer Olympics in Beijing, Tobin was the youngest member of the squad at age 20. She also eatned three caps during this tournament.

Tobin also played for the US team in London Olympics 2012. She was instrumental in three assists: against France, Colombia, and New Zealand. Likewise, Tobin was a starter for the US women’s national team during the 2015 FIFA Women’s World Cup in Canada. She also played for her country at the 2016 Rio Olympics where she earned 3 caps.

Tobin earned the title Player of the Month for the month of April and scored her first goal of the season against the Washington Spirit in 2016. Her goal was voted the NWSL Goal of the Week. Moreover, Tobin was also voted the Player of the Week in the sixth week and was made the captain of the team when Christine Sinclair was injured.

In 2017, Tobin suffered a serious back injury. This injury was very serious and it kept her out of the game for the first half of the year. Later in September 2017, Tobin returned on the field in a match against Orlando Pride, and she was instrumental in her team winning the NWSL Championship that year.

Furthermore, Tobin also suffered an ankle injury in the first half of 2018. This time, Tobin had to undergo surgery. She returned in the game against the Utah Royals. In this match, she scored an equalizer within 10 minutes of coming on the field.

Heath is an outdoor enthusiast and enjoys tennis and surfing alongside football. Her family is also fond of sports. Moreover, Tobin prefers to nutmeg her opponent, rather than dribbling around them. Also, her first goal for the US women’s national team was in a match against China at the 2008 Algarve Cup.

Heath was voted the 2009 ‘US Soccer Young Female Athlete of the year.’ She was named the ‘NWSL Olympics Player of Match‘ for Day 1 and Day 2 at the ‘Rio Olympics‘ in 2016. She was also a part of the gold medal-winning teams in the 2008 and 2012 ‘Summer Olympic Games.’ Heath was a member of the winning team at the 2015 ‘FIFA Women’s World Cup’ who were honored with a Ticket Tape Parade in New York City. The then-president Barak Obama also honored them at the White House. 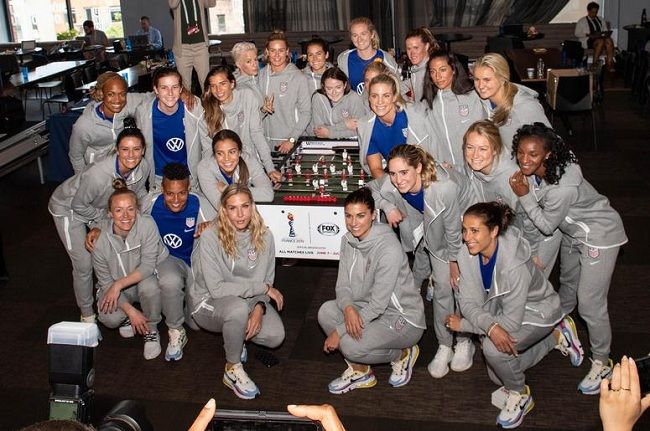 Heath mentioned she enjoys playing a multitude of sports, like tennis and surfing and also enjoys being outside when given the time. However, according to her social media profiles, she is presently single.

There have been rumors of her being gay and her having a relationship with a man younger than her.

Heath is 5 feet 6 inches tall in height and weighs 59 kg. She has Dark Brown hair color and green eye color. Her birth sign is Gemini. 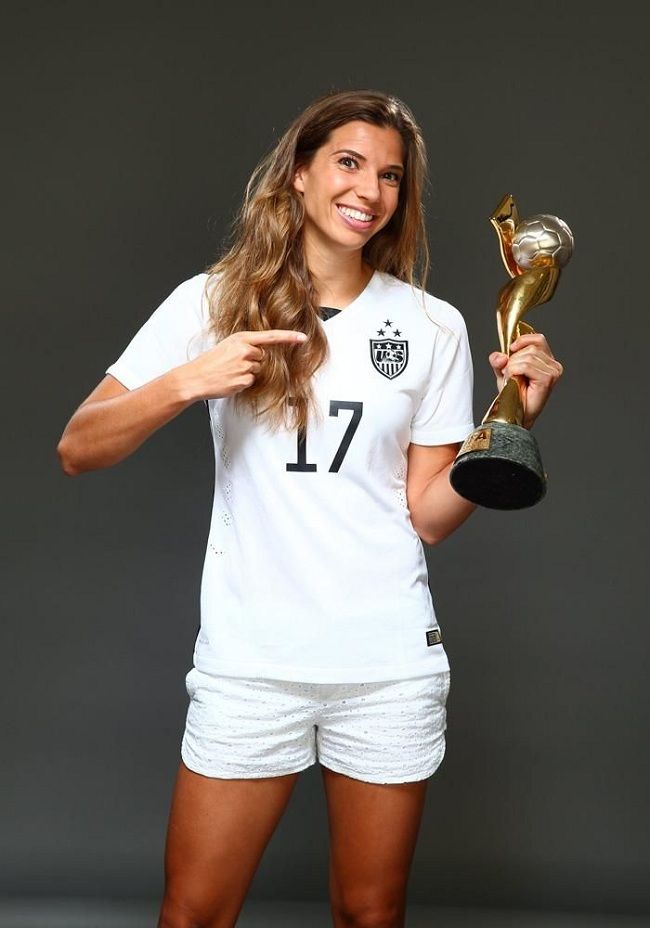 The estimated net worth of Tobin Heath is $1.5 million, as of 2020, mostly earned through her football career and she reportedly has an annual salary of $200,000 from her club. Similarly, she might also have several endorsements deals with brands such as the sportswear producer Nike, which also contributed to her net worth and earnings. Moreover, with such tremendous net worth, she is living a lavish lifestyle.