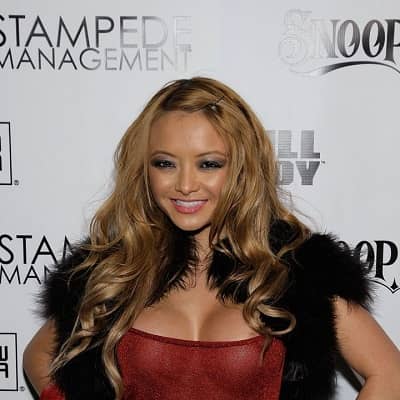 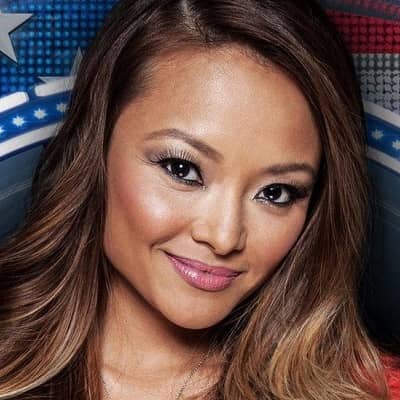 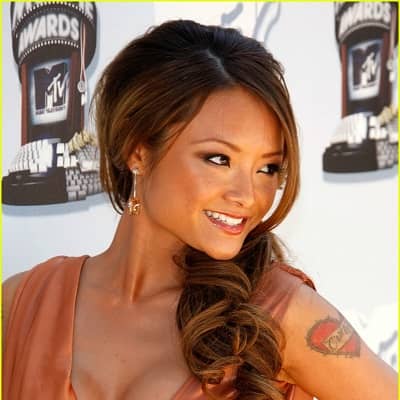 Thien Thanh Thi Nguyen aka Tila Tequila was born on October 24, 1981, in Arizona, United States. As of now, Tila is 39 years old. She is a Scorpio. According to the nationality, Tila is an American and belongs to the Singaporean ethnicity. Moreover, she follows Buddhism. Tila has not yet revealed about his parents.

But, she has a brother named Daniel Tequila and a sister Terri Tequila. Tila is well-educated and already completed her education. She attended Alief Hastings High School.

At the age of 19, Tila Tequila was offered an assignment to model for Playboy magazine. In April 2002 she was featured as Playboy’s Cyber Girl of the Week. Later, she became the first Asian Cyber Girl of the Month. Additionally, at the age of 20, she started her own band named Beyond Betty Jean. Unfortunately, the band did not last long. Later, Tila became the lead singer of a band named Jealousy. They released few songs online before they broke up. Tila appeared on the VH1 reality show name Surviving Nuget, in 2003. 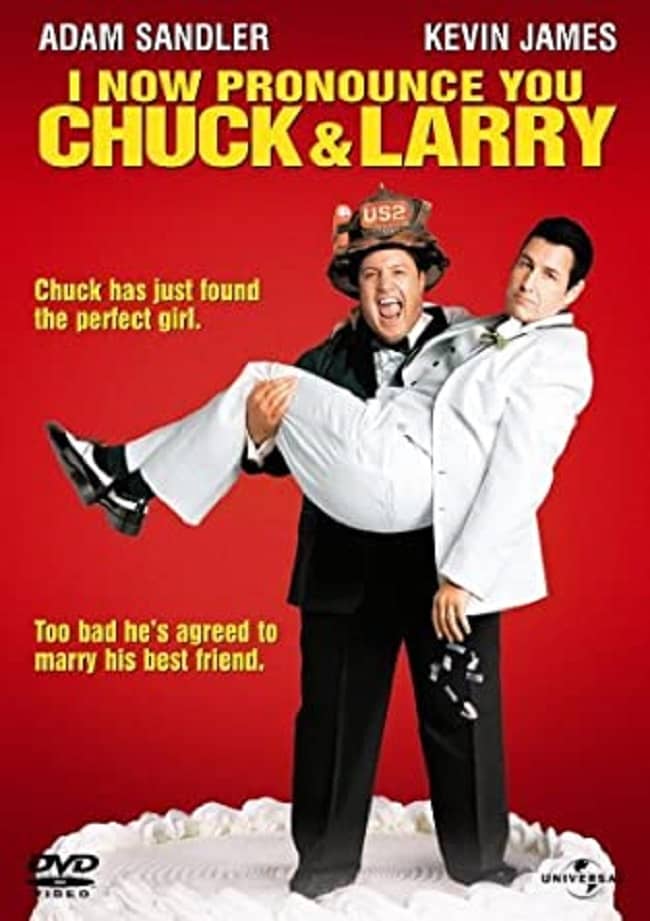 Slowly, Tila Tequila was being recognized by the people. Moreover, she featured on the cover of Import Tuner. It is an automobile magazine, and in other shows about cars. After she featured in it she gained a lot of popularity. In 2006, she hosted the Fuse TV  dance show Pants-Off Dance-Off. She also signed a contract with A & M Records. Later, Tila released her first single I Love U through iTunes, in February 2007. Tila appeared on the NBC game show Identity.

In the show The War at Home, Tila also made a cameo appearance. She made her debut on the big screen as a Hooters Girl in the movie I Now Pronounce You Chuck and Larry. In February 2008, she released her second single named Stripper Friends. Therefore, she changed her stage name to Miss Tila, in 2010. She released I fucked the DJ along with another version I Love my DJ. Unfortunately, the single received negative reviews.

Then, Tila Tequila started her blog, MissTilaOMG.com, and released  EP Welcome to the Darkside. However, the EP fared better than her previous project. Tila participated in the 16th season of Celebrity Big Brother. But, got eliminated on the first day due to some controversies. Additionally, she started blogs featuring celebrity gossip and fashion that received mixed reviews. Under that brand named Tornado Thien, she is currently selling artwork. She is also planning to release a comic book titled The Sint Sinners.

In addition, Tila has released 5 music videos, 2 EPS, and 5 singles. Welcome to the Darkside, and Sex are EP released by her. In 2007, she has appeared in the film I Now Pronounce You Chuck and Larry. Moreover, she has worked in Masterminds (2013) and 24/7 (2016). Likewise, she has launched various websites. Tila released a book named Hooking Up with Tila Tequila: A Guide to Love, Fame, Happiness, Success, and Being the Life of the Party.

In 2007 The Soup Award, Tila was named the Entertainer of the Year. Additionally, she won the So Hot They’re Famous award at the A-List Drama Queen at Spike Guys Choice Award, in 2008. And, Tila also won Bravo’s A-List Awards.

Tila Tequila was in a serious relationship with Bobby Barnhart by the end of 2007. In 2008, the couple disclosed their breakup. Later, she opened about her sexuality and stated herself as a lesbian. But, she created false news for her show’s popularity. Later, she was in a relationship with Shawne Merriman, a footballer.

Due to some problem, she filed a police case against him. Tila has stated that he choked and restrained her. In 2009, she announced her engagement with Casey Johnson. But, he died of diabetes complications in 2010. Meanwhile, she fell in love with Thomas Paxton Whiter in 2013. Now, she has 2 daughters named Isabella Monroe Nguyen and Annabelle Monroe Nguyen. However, she is single currently. 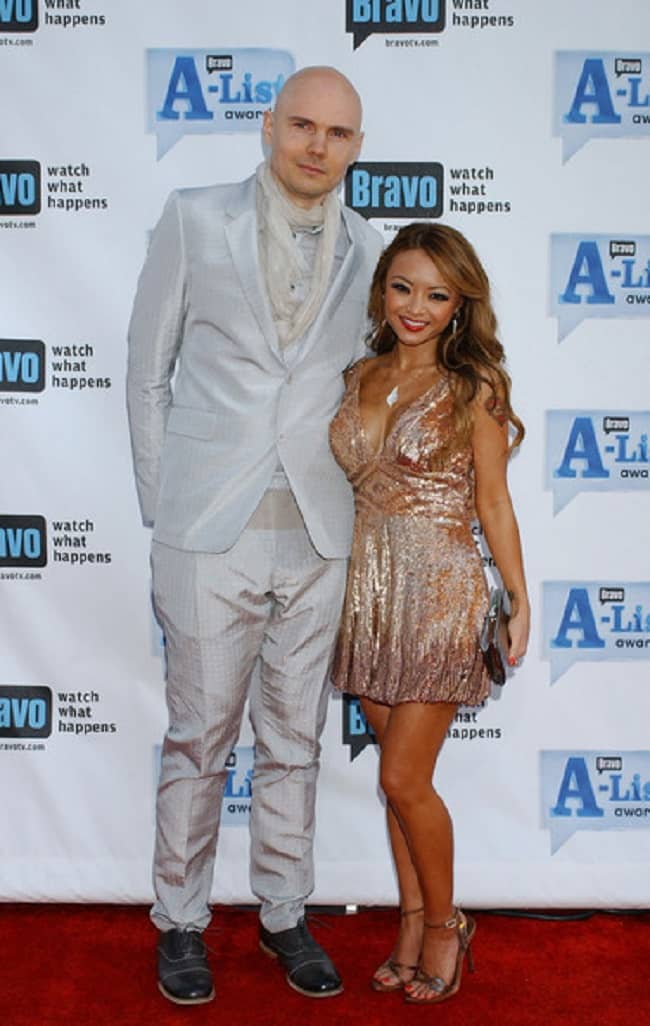 In 2013, Tila Tequila was thrown out of Celebrity Big Brother. The reason behind this was her appraisal of praised dictator Adolf Hitler. At the age of 16, she experienced a horrible incident. An unknown person fired a weapon from his car while Tila was driving a car in Huston. Moreover, she has managed to stay away from the rumors and controversies.

Tila Tequila is beautiful and pretty. She stands 4 feet 8 inches (149 cm) tall. And, she weighs around 47 kg (104 lbs). Additionally, Tila’s body measurement is 39-26-37 inches respectively. Tila wears the bra size of 36C and the shoe of 5.5 UK. Tila has black eye color and dark brown hair color. Additionally, she wears a dress size of 8.

Tila Tequila is currently active in social media platform Instagram @tornadothien with 16.4k follower. However, she is not active on other platforms.