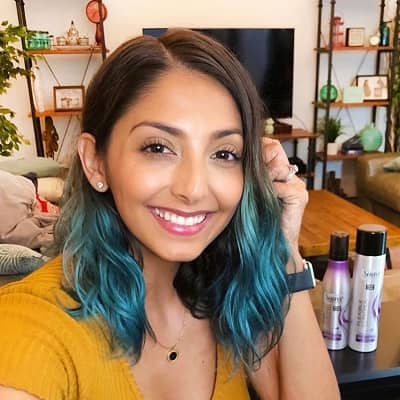 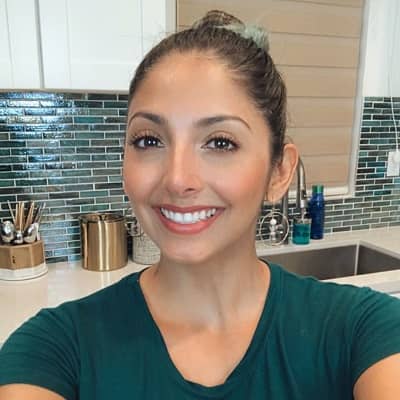 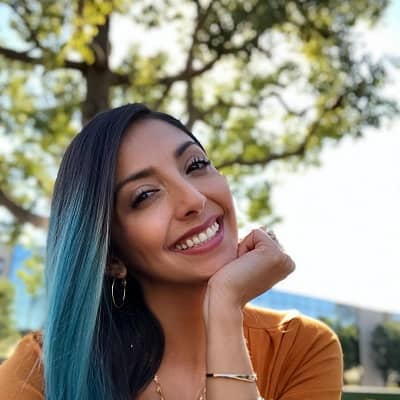 Tiffany Del Real was born on November 29, 1990, and she is currently 31 years old. She hails from San Francisco, California, and her zodiac sign is Sagittarius.

She doesn’t have any biological siblings as she was the only child of her parents. But she does have 8 half-siblings: five from her dad’s side and three from her mom’s side.

Sadly, her parents separated when she was very young. Her mother is a model and her father is a businessman.

When her parents split, she moved in with her mother into her new home with her stepdad. There, she used to look after her younger stepbrothers, hardly having time to live her own childhood.

As she started going to high school, there was an increase in arguments with her mother. This resulted in her mother sending her off to her biological father in Mexico at the young age of 15 years.

Since her father was a business guide, she spent most of her teenage years traveling.

She recalls that she stayed in six different cities in Mexico in a single year. Due to frequent travel, she couldn’t ever make permanent friends. 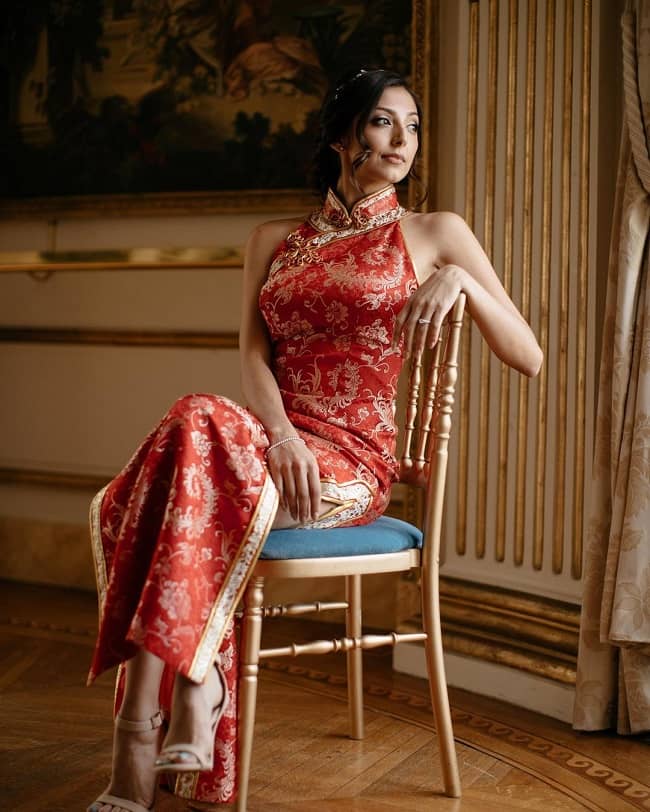 Talking about her social media presence, Tiffany Del Real joined Twitter in August 2011 and so far has over 61.5K followers on her @real_tiff account.

She doesn’t have a personal Youtube channel, but she is a part of numerous channels. She operates the channel “Tiff & Case” with her husband.

She is also a part of the Youtube channel “JustKiddingFilms”. This channel has over 1.59 million subscribers and 378 million views since its creation on August 18, 2007.

She is also a part of the channel “JustKiddingNews”. This channel has over 1.89 million subscribers and 2.2 billion views since July 10, 2012. Furthermore, “JustKiddingParty” was created on November 15, 2011.

This channel has over 423.4 million views and 1.01 million subscribers and she is also a part of this channel. We can send fan mails to her and her family at PO Box 153; Monterey Park, CA 91801.

Professionally, Tiffany Del Real is an actress and producer for Just Kidding Films. She also does PR and merchandise for the company.

Moreover, she has also made appearances on Access Hollywood and Inside Edition. She then became a member of the Just Kidding Films family just like Geo Antoinette.

She was very young when she came across a life-changing event at a concert. She was doing a regular job back then.

She then realized that she was more than just an ordinary girl. She instantly wanted to do something creative and hence she joined the crew of JustKiddingFilms.

There, she also met and fell in love with her fiancé.

With over a million subscribers to the channel, the “Just Kidding Films” team quickly expanded to “JustKiddingNews” and “JustKiddingParties”.

Additionally, she also designs merchandise for the brand. She was then cast in her fiancé’s short film Gun Fu in the year 2014.

Moreover, she is also the main host of the JustKiddingNews Youtube show and podcast. Additionally, she has her own channel with her fiancé now, and together they have more than 250K subscribers. 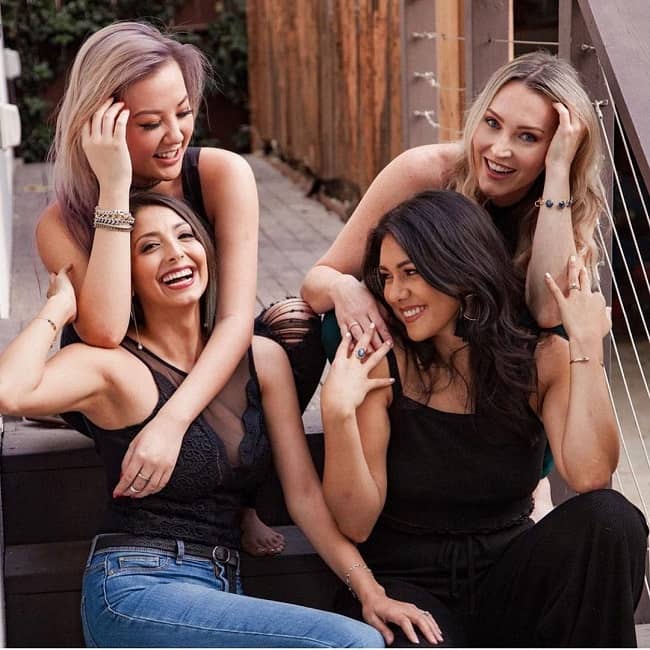 Tiffany is naturally pretty and effortless when it comes to style. She has beautiful eyes and a sincere smile. She is so positive and hasn’t let her troubled past get the better of her.

Similarly, she has made it big on her own strengths and has been an inspiration to numerous single moms.

The actress is tender and caring, not only when it pertains to her son but also to her friends. She is somewhere between an extrovert and an introvert.

She is more outgoing when it comes to people she knows and is comfortable with. She is rather shy and quiet when she meets new people.

Additionally, she is persevering and works diligently to secure a better future for herself and her family.

Being the fun-loving person that she is, she is adventurous and brave; in fact, she has even skydived and simply loved the experience.

Talking about this experience, she said that skydiving gave her wings and she felt that she was flying with a free spirit. 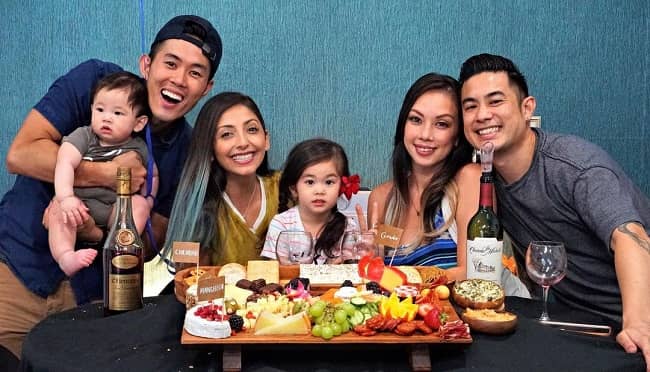 She also observes that, after the birth of her son, tiffany has developed a weird obsession with organizing everything and feels it has become a part of her personality now.

Her hobby is collecting magnets from the places she visits. She has even made a collection of these magnets and has displayed them on her fridge.

Likewise, she loves drinking iced milk and her favorite cuisine is Mexican food. She wears prescribed contact lenses and her first lens was green-colored.

Similarly, her favorite star is Michael Jackson and she loves the color teal.

The actress has always been a picky eater from childhood and hates food she has to chew a lot. Also, she is afraid of spinning firecrackers after she had an accident with them during her childhood.

Tiffany Del Real married Casey Chan in the year September 2017. The lovers met each other as co-workers at Just Kidding Films.

The two later fell in love and got engaged in the year 2016. Prior to meeting Casey, she was pregnant as a teenager and decided to keep her baby. Thus, she has a son named Isaac. 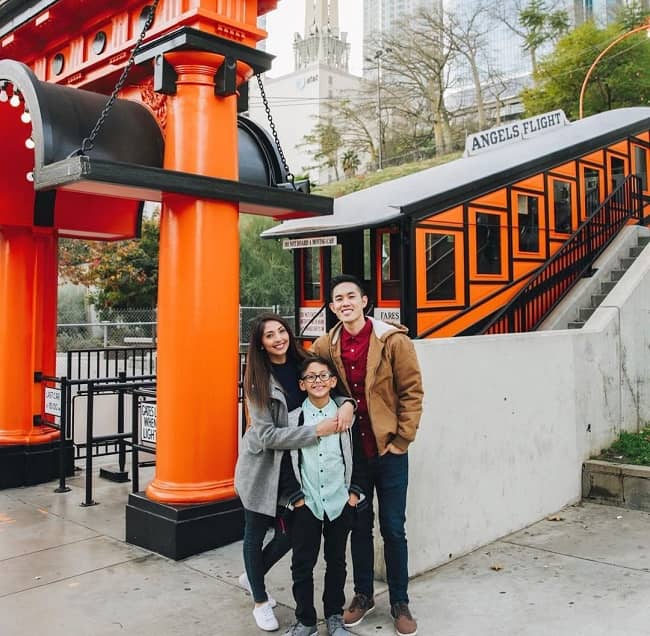 Caption: Tiffany Del Real posing for a photo with her husband and son. Source: Instagram

Sadly, there is no information regarding her body measurement details.

Her height, weight, chest-waist-hip measurements, dress size, shoe size, etc are all unavailable at the moment. Similarly, she has hazel eyes and dark brown hair.