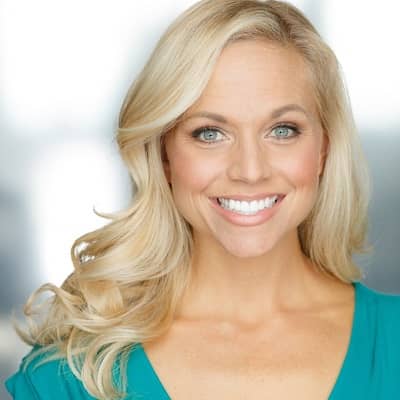 Tiffany Coyne is best known as the model, dancer, and co-host of the show “Let’s Make a Deal”. Tiffany Coyne has also appeared on other shows like “The Price is Right”, “The Bold and the Beautiful”, and “The Late Late Show with Craig Ferguson”. Moreover, she started her professional dancing career through America First Jazz Dancers for the Utah Jazz.

Tiffany Coyne was born on 6 May 1982 and her age is currently 40 years old. Moreover, her hometown is Layton, Utah, United States. Her birth name is Tiffany Lynn Adams. Her father is of German descent, and her mother is of Hungarian descent.

Exploring more about her family, she has two sisters, five step-sisters, and two step-brothers. When she was three years old, she started dancing, focusing on jazz, hip hop, and ballet dancing. During her youth, her family moved a lot because her mother “liked to build houses.”

Her family lived near Hill Air Force Base for a while. There, she went to middle school and one year of high school in West Haven, Utah. Then she completed her high school education at Northridge High School in Layton after her family moved back to the town.

Moreover, she was on the dance squad at nearby Fremont High School. After graduating from high school in 2000, Coyne was a performer for two seasons with the America First Jazz Dancers for the Utah Jazz. In this period of time, she also taught dance classes in the locality. 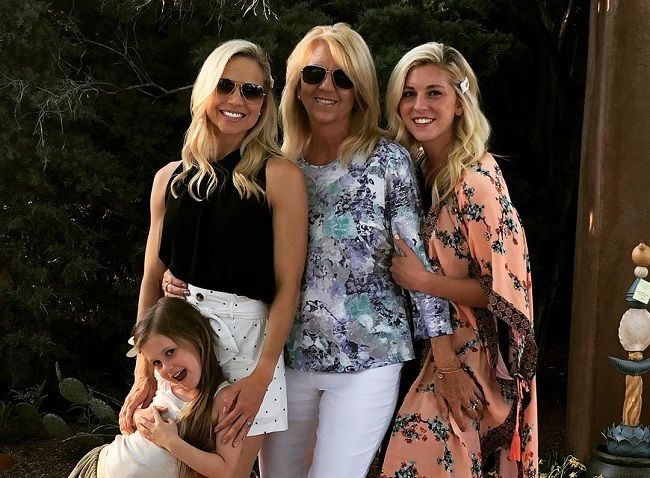 Tiffany Coyne was captured with her mother, sister, and daughter. Source: Instagram

Professionally, Tiffany Coyne is an American model as well as a dancer. She modeled for Let’s Make a Deal after replacing Alison Fiori in the year 2009. At the time, she was a Las Vegas showgirl when CBS & FremantleMedia called her to take the job. It was a show that really changed her life and she has starred for all 7 seasons, taping over 1000 episodes.

Moreover, after performing with the America First Jazz Dancers for the Utah Jazz and also teaching dance classes locally, she performed internationally on a cruise ship. Her international performances included that in Denmark, Sweden, Russia, and Norway. She then relocated to Las Vegas, Nevada, and performed in Jubilee!, Fashionistas, and Sirens of TI. She also appeared in infomercials. She also worked in Silversea Cruises and several iconic shows on the Las Vegas Strip. 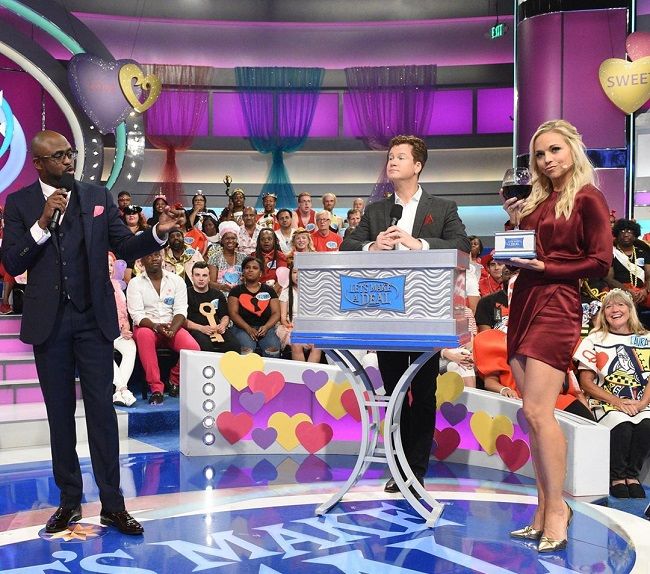 Let’s Make a Deal moved to Los Angeles and hence she had to drive back and forth five days a week to work on both ongoing shows. Later on, Coyne relocated to Los Angeles to start season two of Let’s Make a Deal. Her role as a model in this show has been described as “to make prizes look better by her mere presence.” She also took improv classes at “The Groundlings” Improv Theater to help keep herself on her toes while working alongside Wayne Brady and Jonathan Mangum.

Additionally, she was on maternity leave for much of the first half of the 2013–14 season. She then returned to taping in September 2014. During the 2017–18 season, she was pregnant for the second time but Season 9 was taped so the entire season was completed before the time she has to take leave.

After relocating to Los Angeles, she played a self-titled character in The Bold and the Beautiful. She was a stand-in model for The Price Is Right, and she also modeled for United Airlines and Chase Bank. Additionally, she has also appeared in The Late Late Show with Craig Ferguson.

Dance Tiffany Coyne is currently married to Chris Coyne. The duo met each other when they performed on a cruise ship. In January 2013, the Coynes announced that they are expecting their first child. Chris is a Sound Editor, Picture Book writer, and 2 time Emmy nominee according to his Instagram bio.

Shortly after the start of the fifth season of Let’s Make a Deal, she went on maternity leave as Danielle Demski stepped in her long-term replacement. On 1 August 2013, she gave birth to a baby girl, Scarlett Rose Coyne. The family resides in Los Angeles, California. Later, the couple gave birth to a son named Carter Liam on 24 February 2018. 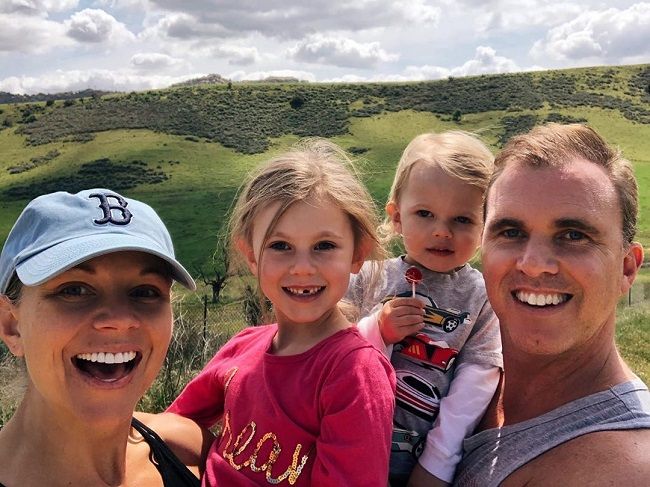 Tiffany Coyne spending quality time with her husband and children during the COVID-19 pandemic. Source: Instagram

Tiffany Coyne is available on various social media platforms. She joined Twitter in June 2011 and so far has 55k followers. Similarly, on her Instagram handle @tiffanylcoyne, she has 58.8k followers and 465 posts as of August 2020. Moreover, her Facebook page has 18.4k followers.

Talking about her net worth, it is estimated at 1.2 million dollars. Likewise, she earns 200,000 dollars per annum. She earns through dancing, modeling, and hosting TV shows.