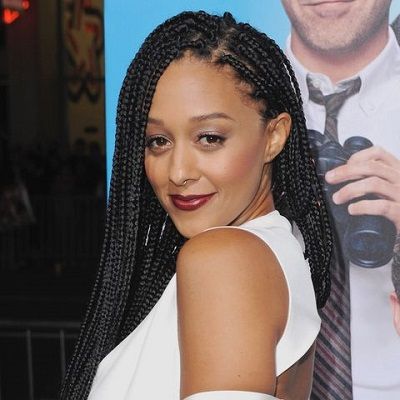 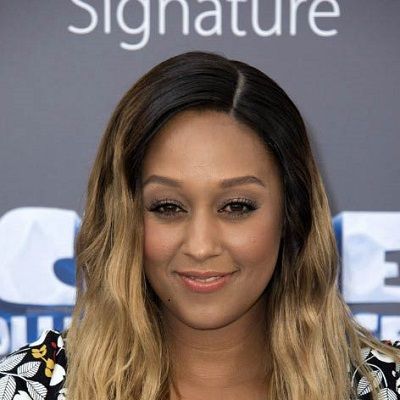 Tia Mowry is an American actress. Tia Mowry is known for her role as Tia Landry a twin separated at birth and reunite with her sister as teenagers in the show sisters.

Tia Mowry is 42 years old. She was born on July 6, 1978, in Gelnhausen West Germany. She belongs to mixed ethnicity. Her father is of English and Irish ancestry and her mother is Afro-Bahamian descent. Talking about her family, she is the daughter of  Darlene Renée Mowry (mother) manages her children’s careers when they were in the group Voices, and also works as a security guard. 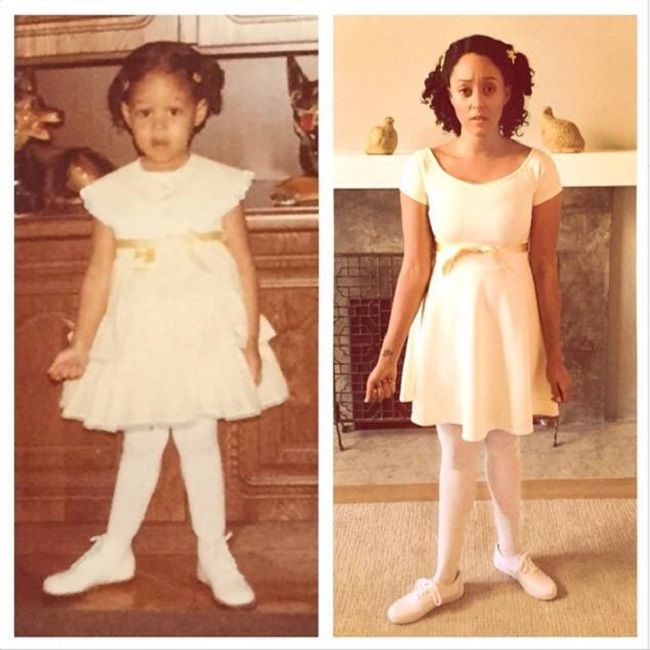 Similarly, her father Timothy John Mowry was in the U.S. Army at the time of her birth, and later became a custody officer/jailer with the City of Glendale Police Department, when the family moved to California. She also has a twin sister who is two minutes younger than  Tamera. She also has two younger brothers Tanj Mowry and Taviour Mowry. Talking about her education she has not spoken much about it but she is graduated from Pepperdine University. She also went to Europe for a while to study humanities and Italian.

Tia Mowry began her career at an early age. Along with her twin sister, Tamera, she enters pageants and talent shows while they were kids. At 12, convince with the idea of pursuing acting as a career, the sisters persuade their family to move to California. With a deadline for finding a project within one month of their stay. She and Tamera start their journey towards stardom. The family move to California for good in 1990. She along with her sister began appearing in commercials and also pick up small roles in some tele-series including, ‘Dangerous Women’, True Colors, and ‘Full House.
She climbs up the ladder of success speedily and bags herself a prominent role in the television series, ‘Sister, Sister’ which also star Tamera. In it, she plays the role of a twin separated at birth and reunites with her sister as a teenager. Interestingly, the series was developed for her and Tamera after a producer spotted them on the sets of ‘Full House.’ The show ran on ABC network for two years after which it was taken up by WB where it ran for another four years. While working on ‘Sister, Sister’, Mowry guest-appeared on several shows including ‘Are You Afraid of the Dark?’ and her brother’s show ‘Smart Guy.’
She even did a voice role for ‘The Adventures of Hyperman’ and Kid’s WB cartoon series ‘Detention.’ In 2000, Mowry did a TV film ‘Seventeen Again’ wherein she played the role of Sydney Donovan. She starred as herself in the series, ‘Express Yourself’ which ran until 2005. In 2002, she took the big leap of her career and made her debut on the big screen as Venetia for Rob Schneider’s comedy film ‘The Hot Chick.’ Following this, she did voiceovers for the Bratz cartoon series. 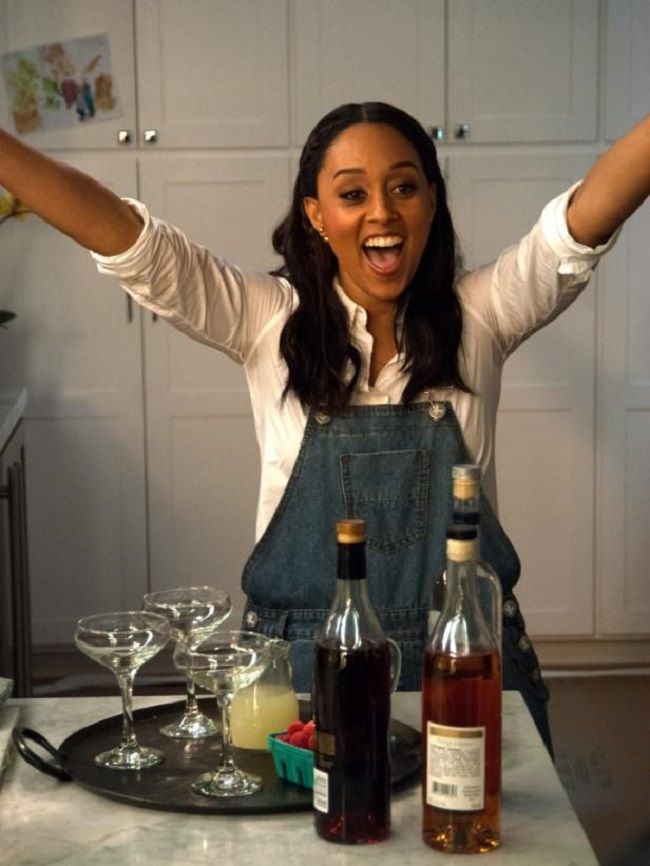 Together with her twin sister starred in the Disney Channel Original Movie ‘Twitches’ and reprised her roles in its sequel, ‘Twitches Too.’ In 2006, she appeared on an episode of her sister’s television show, ‘Strong Medicine’, playing the role of Keisha, the twin sister of Tamera Mowry’s character, Dr. Kayla Thornton. In 2006, she bagged a starring role in the BET television series ‘The Game’ as Melanie Barnett. The show was a major hit and bagged several awards and nominations.
The show continues until 2012 and was reprise in 2015. In 2011, impressed by the raving success of the twin sisters and their immense fan following, the Style Network began airing ‘Tia & Tamera’, a reality show which followed the day-to-day lives of the twins. The show ran for two years. She starred as Holly in the TV film, ‘The Mistle-Tones.’ The same year, she also came up with her first book, Oh, Baby: Pregnancy Tales and Advice from One Hot Mama to Another, about her pregnancy and being a working mother.
She features in the Nick at Nite comedy series ‘Instant Mom’ alongside Michael Boatman and Sheryl Lee Ralph. The year 2015 began with Mowry starring in the Cooking Channel series ‘Tia Mowry at Home.’ She also gave her voice for ‘Fresh Beat Band of Spies.’ The year 2016 was a busy year for Mowry. She starts a podcast on PodcastOne called ‘Mostly Mom with Mowry.’ She also appears with her twin sister on the daytime talk show ‘The Real’  which she promoted her new book ‘Twintution.
In addition, she did two recurring roles for ‘Rosewood’ and ‘Mistress. Apart from being actors, she and Tamera are gift singers as well. The twins have showcased their singing abilities several times. They sang the covers and also sang the theme song of Sister, Sister during seasons five and six.

Tia Mowry is the public eye for over 20 years gaining initial fame in her teens. She won 2 NAACP Image Awards for outstanding actress in comedy series and three Kids Choice Awards for favorite television. She has collected a good amount of money from her career. As an actress, she receives a satisfying amount. She is an American actress, singer, author, and voice-over artist who has a net worth of $4 million.

Regarding her relationship, she is straight and married. Mowry is married to the actor Cory Hardrict. The date for six years then became engaged on Christmas day in 2006 and married in California on April 20, 2008. They both met each other on the set of their film Hollywood horror. On January 11, 2011, they announce that were expecting their first child. she gave birth to a son on June 28, 2011. Likewise, on  November 8, 2017, they announce that she is pregnant with her second child a girl. They welcome a daughter on May 5, 2018. 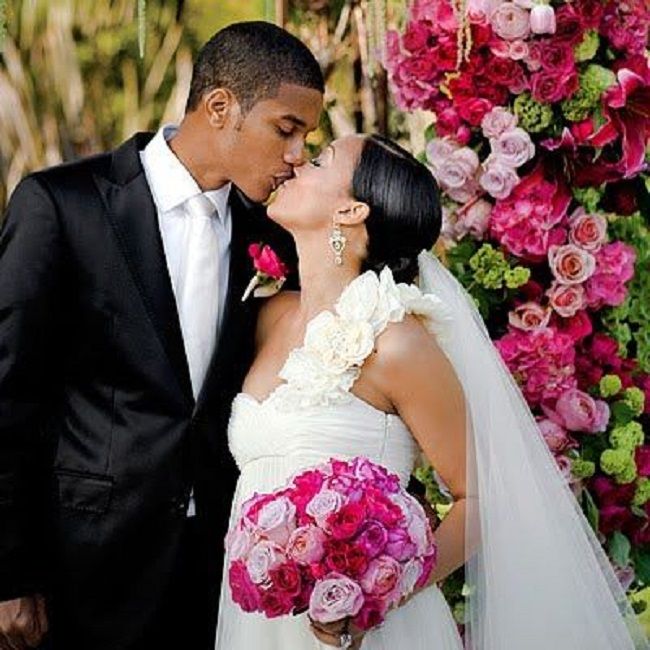 Talking about her physical appearance the pretty lady stands at the height of 5 feet 4 inches tall. She has a beautiful pair of dark brown eyes and a wavy curl black hair. She looks slim and fit. Tia waist hip and breast size is 36 27 35 inches. Mowry is active on her social media. She has 7.7 million followers on Instagram. In addition to that, she has 1.9  million followers on twitter, 5 million followers on Facebook.