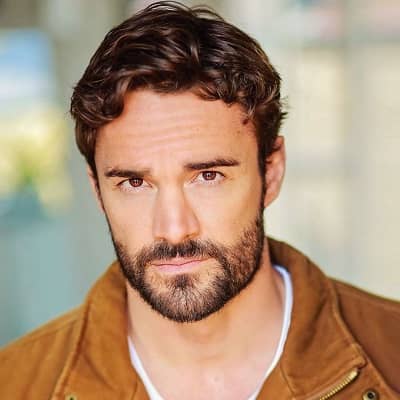 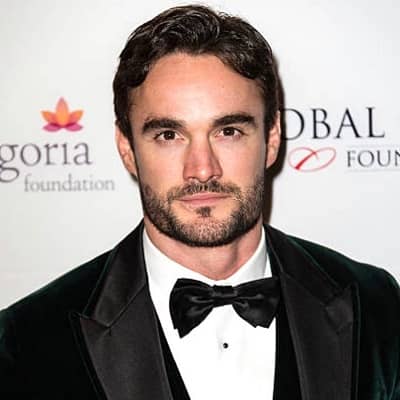 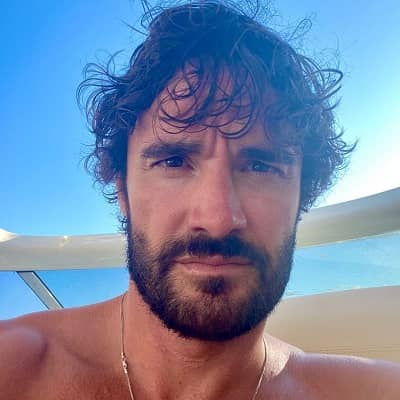 Thom Evans is famous as a Scottish former rugby player and an online fitness coach. Thom Evans is also a TV personality who has participated in various TV shows like Strictly Come Dancing and The X Factor: Celebrity among others.

Thom Evans was born on 2 April 1985 and he is currently 37 years old. At the time of his birth, his family resided in Harare, Zimbabwe, and his zodiac sign is Aries. He has a brother named Max and the siblings attended Wellington College together. Moreover, he is also the cousin of the English TV presenter/radio DJ/businessman/producer – Chris Evans. Further, his parents are his mother Sally Evans, and his father Brian Evans. 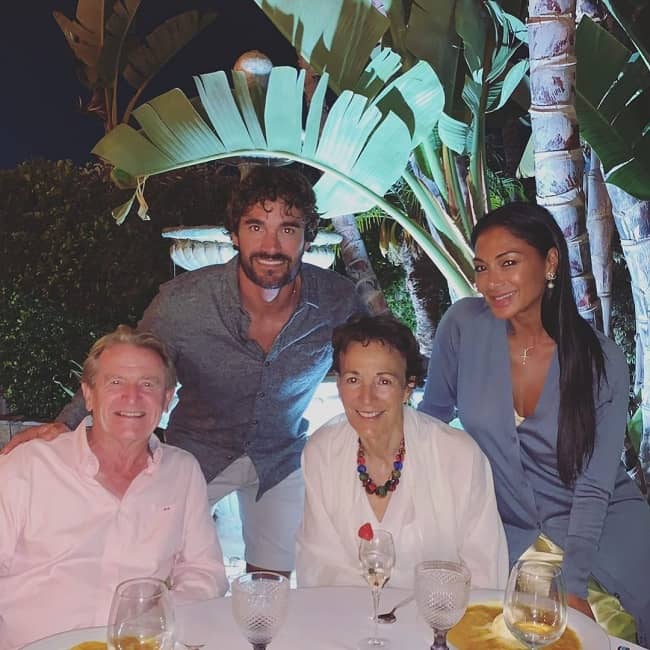 Caption: Thom Evans posing for a photo with his parents and girlfriend. Source: Instagram

Professionally, Thom Evans is a well-known model and ex-international rugby union player. At present, he is also an online fitness instructor.

He became the 20th set of brothers to play together for Scotland when his brother – Max- also played rugby for Scotland and Castres. From 2004 to 2010, he played both internationally and for the rugby union. Prior to this, he also played for England at the under-16 level.

For the 2010 Dieux du Stade calendar, the Evans siblings were featured in a nude photoshoot. He ended his rugby career at the young age of 24 years. It was due to his serious neck injury during the player’s 10th appearance for Scotland. His last team before his retirement was Glasgow Warriors in the Celtic League.

Besides his career as a former rugby player, he is also famous for being a media personality. The former player was also an analyst. It was for ITV’s coverage of the 2011 Rugby World Cup. Similarly, the former player participated in the 12th series of Strictly Come Dancing. It was in September 2014 and the program aired on the channel BBC. For this show, He partnered with the Lithuanian professional – Iveta Lukosiute. 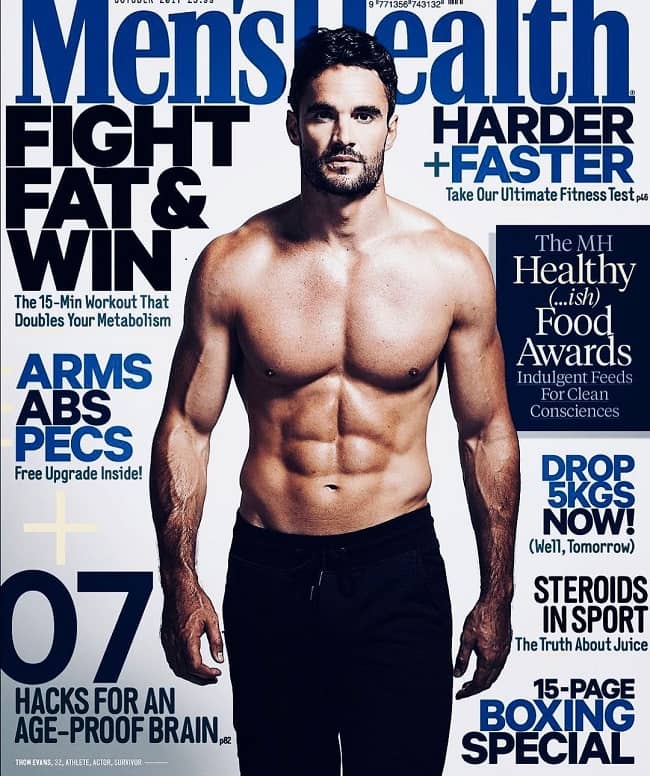 Likewise, in the year 2016, he participated in Celebrity Island in its 1st series. For this show, the former player is paired with Bear Grylls. This show is about the celebrity contestants trying to survive for 10 days on a remote island. Unfortunately, he left the island as well as the show early. The reason behind his early leave was difficulties dealing with the lack of food.

Then in October 2019, he participated in The X Factor: Celebrity. In this program, the former player was a member of the group, Try Star. The other members were Ben Foden and Levi Davis. However, the group’s elimination was in the semi-final. This was after landing in the bottom two with V5.

Overall, Try Star finished in 5th place. Earlier in the year 2011, he appeared on cereal boxes for Scott’s Porage Oats. The other rugby personalities who appeared in the aforementioned advertisement are Chris Paterson and Ross Ford. Moreover, in the past, he was also a member of Twen2y4Se7en – an English boy band – and also toured with Peter Andre as a part of the aforementioned group.

Thom Evans’s girlfriend is Nicole Scherzinger. They have been together since January 2020. Reportedly, the two met each other on The X Factor: Celebrity in which the former rugby player participated.

Previously, he dated Kelly Brook. The two were expecting their child and shared this news on 16 March 2011. Sadly, Kelly suffered a miscarriage and this news was confirmed on 9 May 2011. Following this, The duo went their separate ways and this news was shared on 1 February 2013 via Twitter. 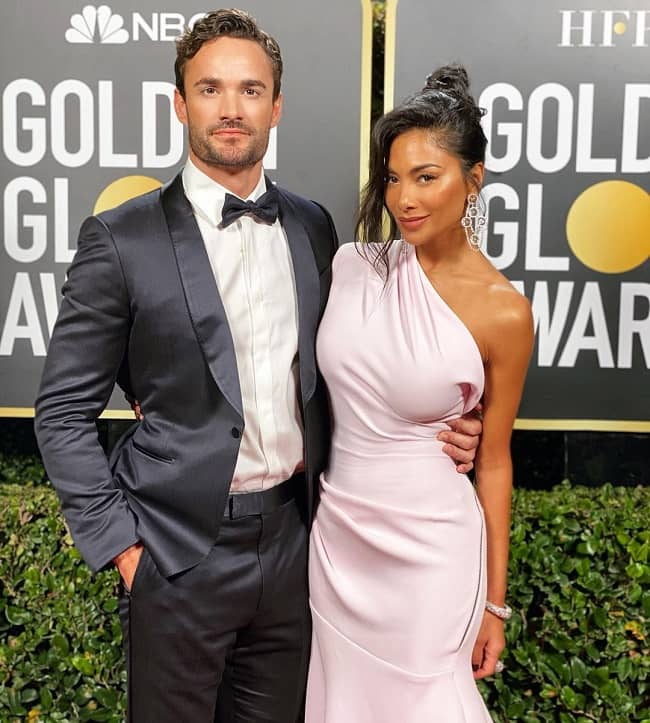 Thom Evans’s listed height is 6 feet 2 inches or 1.88 meters and his listed weight is 14 st 5 lbs or 91 kgs. Other than this, there is no further information regarding the former player’s other body measurement details like his chest-waist-hip measures, dress size, shoe size, etc. Moreover, the former rugby player has brown eyes and hair of the same color.

Moving on, he has a net worth estimation of around $2 million US dollars. He earns through his modeling gigs and online fitness coaching courses among other professional activities.