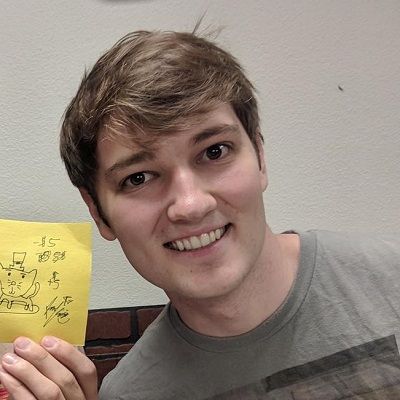 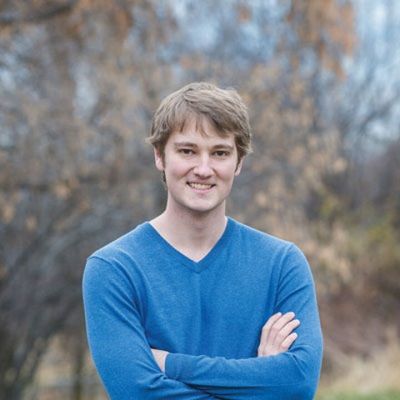 TheOdd1sOut is an American Youtuber, animator, artist, and writer. TheOdd1sOut is also a comedian and voice actor. He is popular for writing, acting, as well as animating his storytime animations on his YouTube channel.

Other than this, there is no information regarding his parents and other family details. But it is mentioned that his mother is Janette Rallison who is a writer known for writing the Slayers series under the pseudonym “C.J Hill”. She still writes books to this day.

TheOdd1sOut’s childhood hero was Jim Davis. Jim is the creator of Garfield. TheOdd1sOut looks up to him so much that the first comic he ever made was about Garfield. He also always said when he was younger, he wanted to be on TheFineBros’ Teens React series. Additionally, TheOdd1sOut is left-handed.

Moreover, TheOdd1sOut also has several pet dogs. One of then was Georgie who has sadly passed away in the Christmas of 2017. Other pets in his family are namely Poppy, Jax (Poppy’s mental Health support dog.), and Floof. He had 7 cats namely Shady, Luna, Calico, Spot, Pepper, Pepsi, and Azula. Additionally, growing up, TheOdd1sOut’s family also had nine hamsters. Their names were Buddy, Pumpkin Seed, Killer, Squeaks, Squeaks II, Gumball, and “The Three Amigos.” He stated that The Three Amigos hated each other in the video in which they were mentioned.

In his Our Hamsters video, TheOdd1sOut said that his dog, Georgie was born on election day of 2004 and was named after George W. Bush. George W. Bush was the 43rd U.S. President and served from 2001-2009.

Caption: TheOdd1sOut with his pet Fluffy and his diamond play button. Source: Instagram

TheOdd1sOut is a YouTube phenomenon as well as a webcomics creator. His webcomic channel has earned over 14 million subscribers for his animations and reaction videos. Similarly, TheOdd1sOut first started out on Tumblr and published the first episode of his webcomic to the site tapastic in February of 2014. Moreover, he featured Jaiden Animations in his video Annoying Customers.

TheOdd1sOut uploaded the first strip of his webcomic TheOdd1sOut on 14 June 2012. He uploaded them on Tumblr and later on iFunny. Throughout his first year of making comics, TheOdd1sOut played with his style a lot before settling on his current bubble style. Likewise, TheOdd1sOut still posts webcomics, though a lot less frequently than he used to. Its because most of his time being occupied by YouTube.

TheOdd1sOut is the creator of the book named How to Be Cool and Other Things I Definitely Learned from Growing Up. This is his book that we can currently buy for $7.75. The readers of this book recommend the book on Google Reviews Audience Rating Summary and it has a 4.9-star review. TheOdd1sOut also has other books but this is his most popular one. 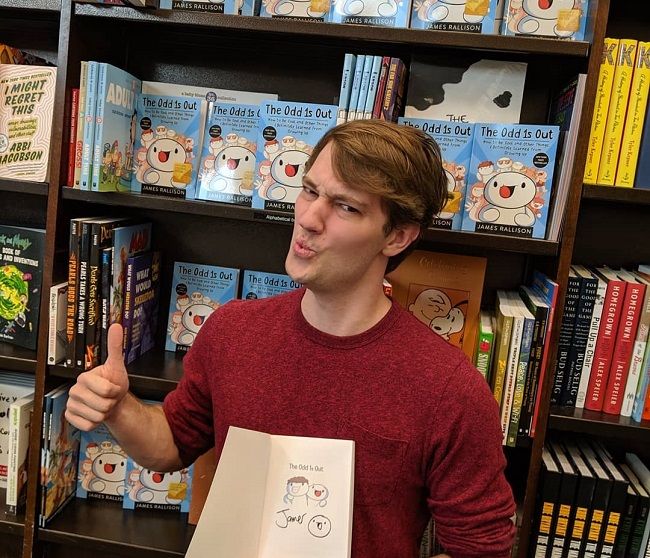 Caption: TheOdd1sOut signing his books at a store. Source: Instagram

On 30 August 2014, about two years after he started making webcomics, TheOdd1sOut started making YouTube videos. He named the channel theodd1sout comic. Then uploaded a video about a book he had made in elementary school on the same day and its title is A Book I Made as a kid. After a few years of steady growth, in April 2016, his channel gained over 278k subscribers. This gave him a total of over 400,000 subscribers as of that May.

Likewise, TheOdd1sOut’s most popular video used to be his Work Stories (sooubway) video about his work at the fast-food chain Subway, which is known as “Sooubway” in his videos possibly to avoid copyright claims. This gained over 30 million views. Foodbeast has also featured these videos. Also, TheOdd1sOut admits he earned more money from his ‘Sooubway’ videos than from actually working at Subway for an entire year.

The Subway where TheOdd1sOut used to work at since closed down. He disclosed this in the most-requested video Sooubway 4: The Final Sandwich. Peter Pham is the writer of the website and he called his videos “amazing” and “hilarious”. His most popular video is Life is Fun, a song about “existential dread”.

Moreover, TheOdd1sOut also has a second channel called TheOdd2sOut. In this channel, TheOdd1sOut does things in real life and not in animations.

There is a parody channel called ‘AnEven2sIn’. It is based on another comic of the same name and is the exact opposite of TheOdd1sOut’s channel. Likewise, TheOdd1sOut usually celebrates subscriber milestones with the number of sprinkles depending on how many subscribers he earned. For his 3 million special, TheOdd1sOut had to fill an entire pool with sprinkles. This particular video earned over 9.5Million views and 325K likes.

Additionally, the young Youtuber is friends with JaidenAnimations, Technoblade, SomeThingElseYT, TimTom, and Let Me Explain Studios. He was also a big fan of the 1982 puppet movie The Dark Crystal. 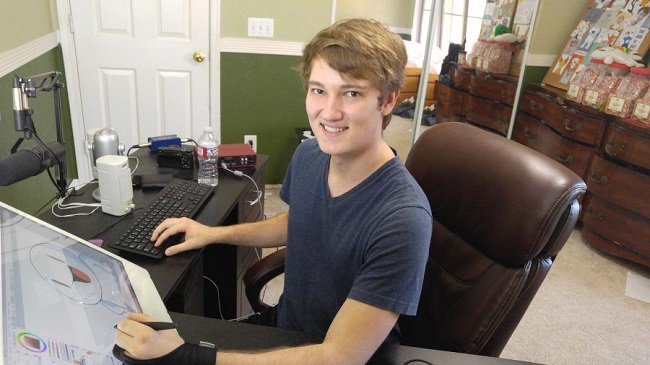 Likewise, in one of his videos titled Getting Recognized part 2 TheOdd1sOut mentions liking M&M’s. In My Mom’s Cruel and Unusual Punishments, he says they’re his favorite candy, and he thinks it is because of past trauma where his mother used to punish him by eating M&M’s in front of him.

Then in the video Buying Clothes, TheOdd1sOut sneaks dissed another YouTuber, RiceGum, who responded with a video poking fun at him for hugging CaptainSparklez at VidCon. RiceGum also threatened to make a diss track on TheOdd1sOut in the thumbnail.

In his video Fighting in MrBeast’s $100k Youtuber Battle Royale, TheOdd1sOut says that he had driven an hour to get to the event. The event was in Los Angeles, meaning he doesn’t live in Phoenix anymore since Phoenix is a 5 and a half-hour drive from L.A.

TheOdd1sOut competed in the 100k YouTuber Battle Royale held by MrBeast and was put on the Green Team with Anthony Padilla and Jaiden Animations. They won the game for the Green team after shooting the last person.

He has also created the YouTube Rewind: The Shape of 2017 and YouTube Rewind 2018: Everyone Controls Rewind. These are his animations. Likewise, he is also a voice actor who has contributed to How It Should Have Ended as Martha, in asdfmovie11 as Judge and Doctor of Psychology, and YouTube Rewind 2018: Everyone Controls Rewind as himself in the year 2018. Similarly, in 2019, TheOdd1sOut, he contributed to Meta Runner as Male Civilian and Meta Runner Special as Himself.

TheOdd1sOut is most probably single at present. He has not shared any social media posts that may hint about his present relationship status or affairs. Further, he also might be more focused on his career and family rather than involve in affairs. He also might be waiting for the perfect one to come to his life. Likewise, TheOdd1sOut has also stayed away from rumors, scandals, and controversies that might hamper his personal life and professional career.

TheOdd1sOut stands at a height of 178 cm or 5 feet 8 inches tall. Other than this, there is no information regarding his other body measurement details like weight, chest-waist-hip, biceps, etc. Likewise, the YouTuber has brown hair and eyes of the same color.

Talking about TheOdd1sOut’s social media presence, he joined Twitter in June 2013 and so far has 1.4 million followers and 2,178 Tweets. Similarly, his Instagram handle boasts 67 posts shares and 2.8 million followers at the time of preparing this biography. Similarly, he created his channel on 30 August 2014 and so far has over 15.6 million subscribers and 2.9 billion views. He also created a secondary channel on 3 December 2017 and has 130.3 million views with 2.48 million subscribers on this channel “TheOdd2sOut”.

Moving on, TheOdd1sOut’s net worth estimation is around $7.5 Million dollars. He mostly earns through his Youtube channels, webcomics, books, etc.