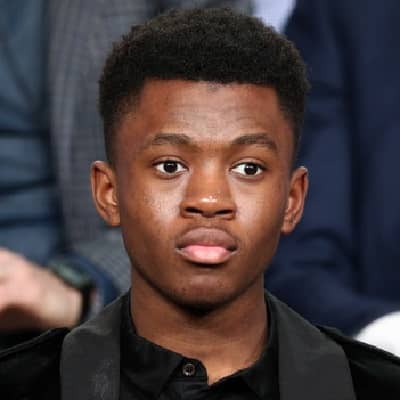 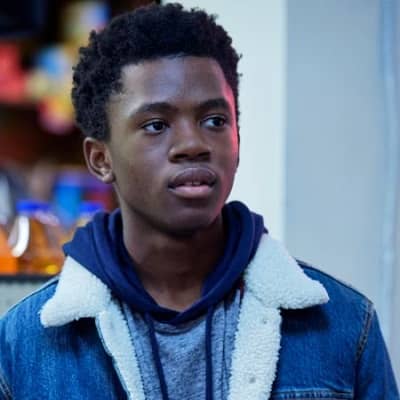 Thamela Mpumlwana is a Canadian actor and voice actor. Thamela Mpumlwana also appears as a dancer and singer, of South African descent. In addition to various film appearances, he spoke the character, Ramone, in the US-Canadian cartoon series Peg + Cat from 2013 to 2014 and was seen in a recurring role in Rogue in 2015.

Thamela Mpumlwana was born on June 18, 2001 as Thamela Ndumiso Mpumlwana in Canada. He holds Canadian nationality and belongs to South African ethnicity. Similarly, his age is 19 years and his zodiac sign is Gemini. Moving on to his parents, he looks really close to the. Likewise, as one can probably see, his parents have been really supportive of his acting interest. Since Thamela prefers to live a private life, he is not much vocal about his personal bio and his family.

However, his mother Patience Mpumlwana looks quite active in her social media. She is an artist and has a passion for fitness and nutrition and owns the Mpumlwana Artists Event. Thamel’s mother frequently posts pictures with him and his siblings on her Instagram account, so sneaking at her Instagram, little information could be gathered that holds the family detail of the young talent Thamela. From the look of it, it seems like Warrior’s star has a sibling sister and 70 years old grandmother Dr. Vuyo Mpumlwana. Thamela is closer to his parents, especially his mom.

For siblings, Thamela has a sister, Shechinah Mpumlwana, seven years younger than him. Like Thamela, his sister is also into acting. She voiced the character, Marsha, in Doki, did impressive jobs in the animated series. like Peg + Cat, Corn and Peg, Blue’s Clues and You, The Polos, PJ Maska, and Little People. She further appeared in many TV shows including Rookie Blue. This, Mpumlwana siblings worked together in not one, but several projects. 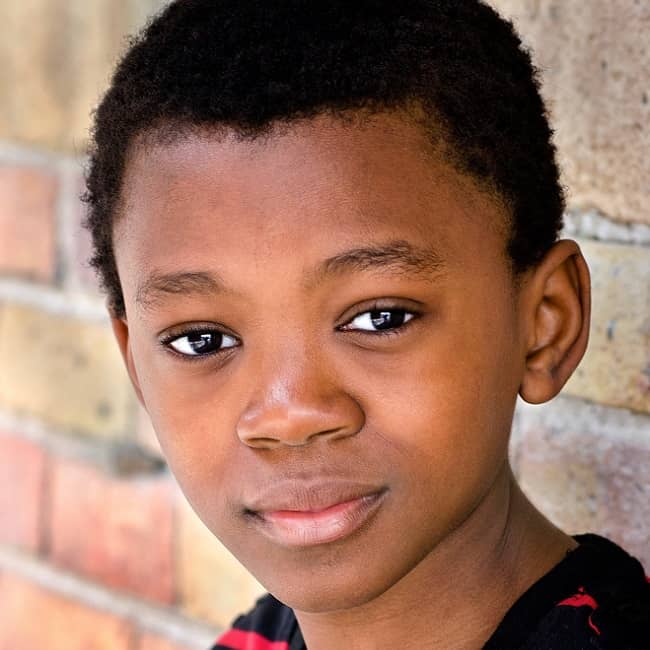 Caption: Thamela Mpumlwana when he was very young (Source: IMDb)

Thamela Mpumlwana is popular for his astounding acting ability that could carry any role he has been offered. Despite being so young, his realistic acting skills have left people staggering. The 19-years-old teen actor, Thamela is precisely popular for his appearance in many super hit TV series like Rogue(2013), Star Trek: Discovery (2017), and In the dark (2019). Besides, he is also a vocal artist and has done a vocal for the animated series Peg+Cat of Ramone.
Mpumlwana was able to record his first appearances in major film and television productions in 2010 when he was first heard in a speaking role in an episode of aardvark Arthur and his friends.

In 2012, he took on a speaking role in the children’s book adaptation The Magic Hockey Skates, based on a work by author Allen Morgan and illustrator Michael Martchenko from 1994. A year later he starred in the leading role of Ibutho Silongo in Salvatore Sorrentino’s drama The Warrior and the Savior to see. In this film, his younger sister Shechinah also appeared as his film sister Umsindisi Silongoon. Another year later he appeared in The Gabby Douglas Story, a film about gymnasts and Olympic champion Gabby Douglas, and played the character Marcus Riggs in the fifth episode of the fourth season of Rookie Blue, in which his sister first appeared and a recurring one Got role.

In that year, his work on the American-Canadian children’s television series Peg + Cat ended, in which he played 22 episodes from 2013 to 2014 as a voice actor for the cartoon character Ramone. In the following 2016 Mpumlwana is in the short film A Man’s Story by director Fernando Arrioja and Justin Kelly Group Home to be seen; Both films are currently (as of December 2015) in post-production. Other than acting, he is also fond of dancing and singing.

Thamela Mpumlwana might be young but he has already established his career in acting. With his appearance in the Star Trek: Discovery, he made his point that he’s definitely an actor to watch out for. Many people find him promising and see him as someone who might be eventually going places. To have garnered wide fame at such a young age, it sure seems like has made it already. However, it looks like he is yet to be accustomed to living a celebrity life. Maybe this is why he has been trying to lead a private life. 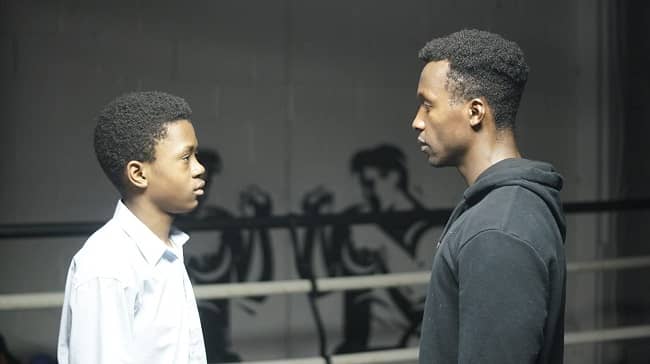 The Joey Awards in 2015, he was for his involvement in Peg + Cat for a Joey Award in the category “male Best Voice-over-representation – between eleven and 13 years,” nominated, but could not in this category against Alex Thorne, the won the award for his work on PJ Masks. Having by and in a recurring role in three episodes in 2015 Rogue was involved, he was in this award in the category “Best recurring actor in a television series (drama) – Between 13 and 17 years” nominated, but lost eventually Nikolas Filipovic from Gracepoint.

The actor Mpumlwana is earning a handsome sum of money from his working career. By 2020, Thamela Mpumlwana’s net worth is should be around $1 million. He will earn millions of worth from his acting career who has just started his professional career.

Apart from his family, when it’s about the matter of his romantic love relationship, it seems like Thamela is yet not ready to flourish his life with a girlfriend as he is only 18 years old as of now. For some reason, Thamela Mpumlwwana remains completely lip-sealed about hi cores, his life outside of the reel, and cinema. Having loved him for his onscreen-portrayals, no doubt there existed queries regarding his dating life, in the actual world. he actor seems to focus on his professional career rather than involving in any sort of relationship. Without any official confirmation on his relationship, we can say he is possibly single as of now.

Regarding his body measurement, he looks pretty good for a guy of his age. Looking at his photos, he might stand around 5 feet 5 inches. He, however, is in his growing age and he has a slim body type as of now. Moreover, he has a pair of black eyes and black hair. Also, he looks extremely handsome in a black suit.

Talking about his status on social media, he is quite active there. He uses Twitter and Facebook. On Facebook, he has his own FB account rather than his page. And, on Twitter, he has just 120 followers. He does not use Instagram but his mother does. But the social accounts are not updated for so long so it is not confirmed whether he is still using them.