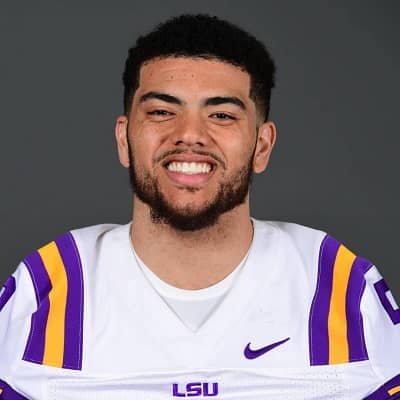 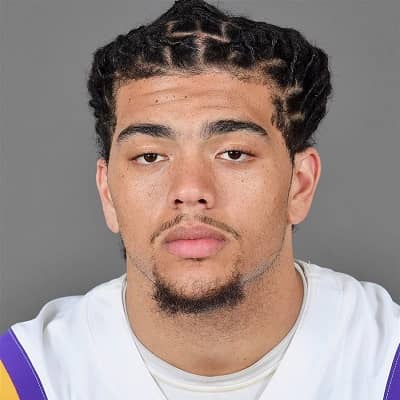 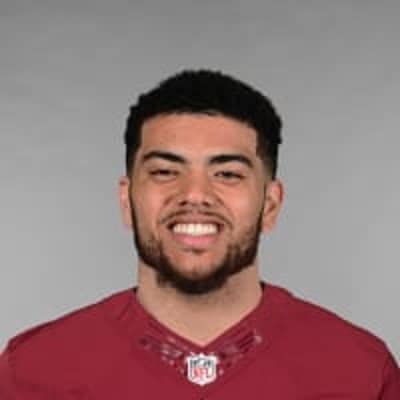 Thaddeus Moss was born on 14th May 1998 and is currently 22 years old. Being born in early May, he belongs to the Taurus zodiac sign. Likewise, he was born in Charlotte, North Caroline, United States of America, and holds American citizenship. Similarly, regarding his ethnic group and religion, he follows Christianity and belongs to the African-American ethnic group.

Talking about his family members, he was born in an athletic family with well-to-do family status. Likewise, Moss is the son of Randy Moss and Libby Offutt. Moreover, Randy himself is one of the prolific wide receivers in the history of the NFL. He also became the Hall of Fame award winner and television sports analyst.

Likewise, talking about his siblings, he has three siblings and is the second oldest child. He has two sisters, Sydney Moss, Senali Moss, and one brother whose name is Montigo Moss. Furthermore, talking about his educational background, he has gone to five high schools in four different states. Moreover, he spent his freshman year in Florence, Kentucky at Boone County High School.

Followed by this, he went to St. Albans School in Charleston, West Virginia. Likewise, for his sophomore year, he went to Lincoln High School in Rhode Island. Moreover, he began his preparation career at Charlotte High School, North Caroline. Likewise, he completed his junior year at Victory Christian Center High School and final year from Mallard Creek High School. Moreover, in the senior year, he played Mallard Creek as a defensive end and tight end in the year 2015.

Talking about his professional life, Thaddeus began his career as an athlete from his high school. Likewise, during freshman year he began his career by playing for Mallard Creek High School in North Carolina State. Similarly, he became the no.123 recruit nationally and no.6 tight end nationally. Similarly, he led his team to the third-straight NC 4AA State Championship as a senior. Likewise, this squad became no.1 in all of North Carolina.

Furthermore, in the year 2016, he played in three games at a tight end for the Wolfpack finishing his rookie season with 6 catches and a touchdown for 49 yards. Moreover, he was the only one of three true freshmen starting the game for the Pack in the year 2016. Similarly, he became a 4-star recruit in the year 2016 where he was offered by over 23 clubs including Florida, Georgia, Texas A&M&USC. Likewise, he became the second power 5 players who have transferred to LSU. Unfortunately, due to a foot injury, he could not play 2018 season due to undergoing surgery twice. 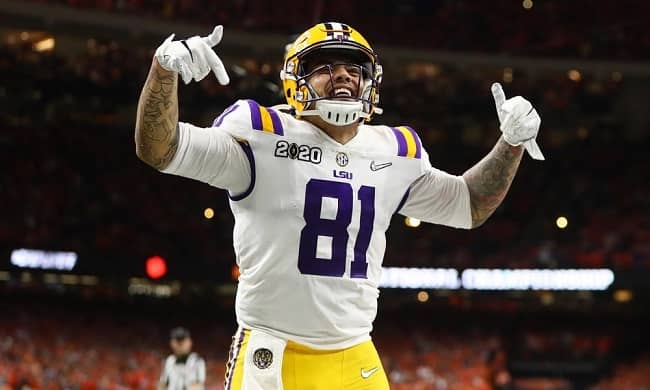 He is an athlete by profession. Likewise, he has been making a good amount of earnings from his career. Similarly, speaking of his net worth, he has a net worth of around $1 million.

Regarding his relationship status, Thaddeus is straight and probably single at the moment. Moreover, he seems to be focusing more on his career at present than being in a romantic relationship with anyone.

Being an athlete, Thaddeus is very active in sports which makes him physically fit and a good body physique. Likewise, he stands 6 feet 3 inches (75 inches) tall and weighs around 112 kg (249 lbs).

However, he is yet to share his vital stats in media but looking at his body measurement in height and weight, he has got an ideal body physique too. Similarly, looking at his physical appearance, he has a dark skin type with black hair and a pair of brown eyes.