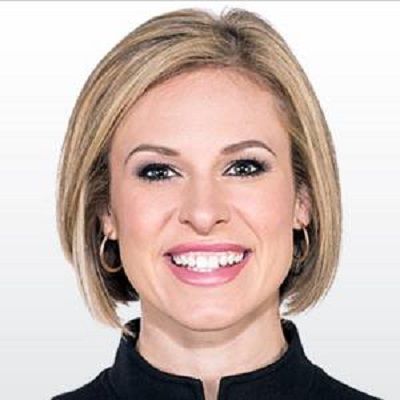 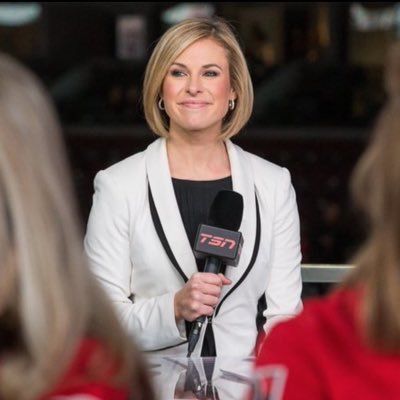 Tessa Bonhomme is a former professional Canadian ice hockey player as well as a television sports reporter. Tessa Bonhomme has won an Olympic gold medal as a member of the Canadian national women’s hockey team and played for the Toronto Furies in the Canadian Women’s Hockey League.

Tessa Bonhomme is 35 years old. She was born on July 23, 1985, in Sudbury, Ontario, Canada. Her father’s name is Doug Bonhomme and her mother’s name is Debbie Bonhomme. She grew up with an elder sister named Britta Bonhomme. Moreover, she holds Canadian nationality and her ethnicity is still unknown.

Talking about her educational history, Tessa completed her education at Ohio State University. Then she holds a Bachelor’s degree from a university where another sportscaster named Clark Kellogg also studied.

She started her professional career as an ice-hockey player with Ohio State in 2003. She has also played for Mississauga Chiefs and Toronto Furies and showed her outstanding performance in-game. Moreover, she participated in the Canadian National U-22 team and also in the 2011 IIHF Eight Nations Tournament.

Furthermore, she started her broadcasting career with the 2011 Gemini Award presentation and later joined Leafs TV. In September 2014, she was announced to be host and reporter at the TSN’s SportsCentre.

Moreover, she competed in the TV program Battle of Blades and was the first female player over there.

Reflecting on her achievements, she won the twelfth woman to win IIHF World Gold, Olympic Gold, and the Clarkson Cup in the history of hockey. 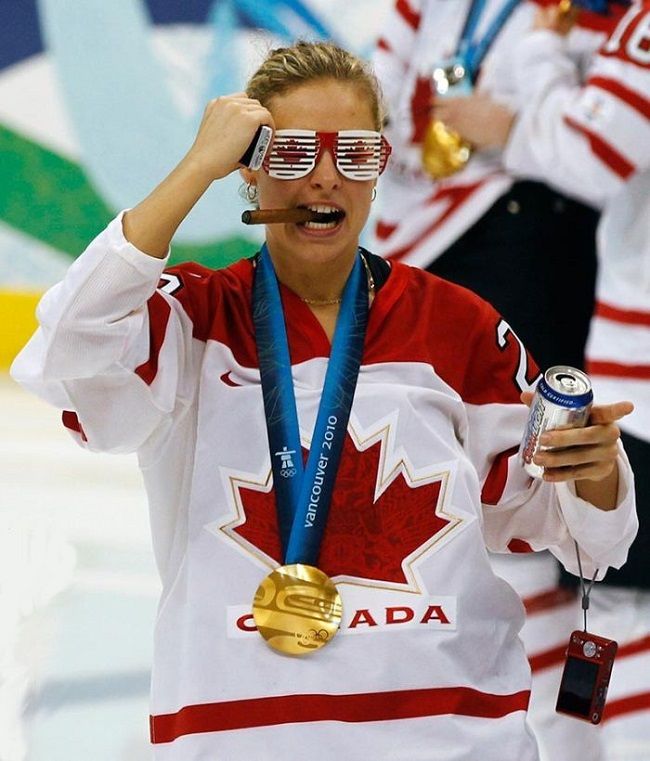 On October 5, 2010, she got selected as one of several athletes to participate in an all-athletes episode of Wipeout Canada. The show was displayed in April 2011. She appeared as a presenter at the 2011 Gemini Awards.

On December 2, 2011, she joined Leafs TV to “appear and report on flagship programs for Leafs Today and [email protected] host Toronto FC telecasts on GOLTV Canada. Likewise, she shared her unique insider view as an online contributor at www.mapleleafs.com” alongside giving continuity to play Hockey in the CWHL.

In September 2014, she joined TSN’s SportsCentre as a host and reporter. Also, she is currently working as a sportscaster on TSN.

The Canadian sportscaster and ice hockey player have earned a decent sum of money in her professional career. Her estimated net worth is around $2 million. Moreover, Tessa also earned a good source of money through her excellent performance as a player as well as a reporter. Likewise, the reporter gets an annual salary of over $75k through her successful reporting career with TSN.

Talking about Tessa’s relationship status, she is a married woman. She got married to her boyfriend, Eddie Fiore. They tied the knot in August 2019 in Mexico which she calls the best moment of her life. Many celebrities with her relatives attended their wedding ceremony. Her spouse is an entrepreneur, former athlete, and musician. Likewise, he has also founded a recording studio named House of Chords, Mill Town Sound, and Lil’ Rockers. She keeps on posting a photo with her spouse on social media. 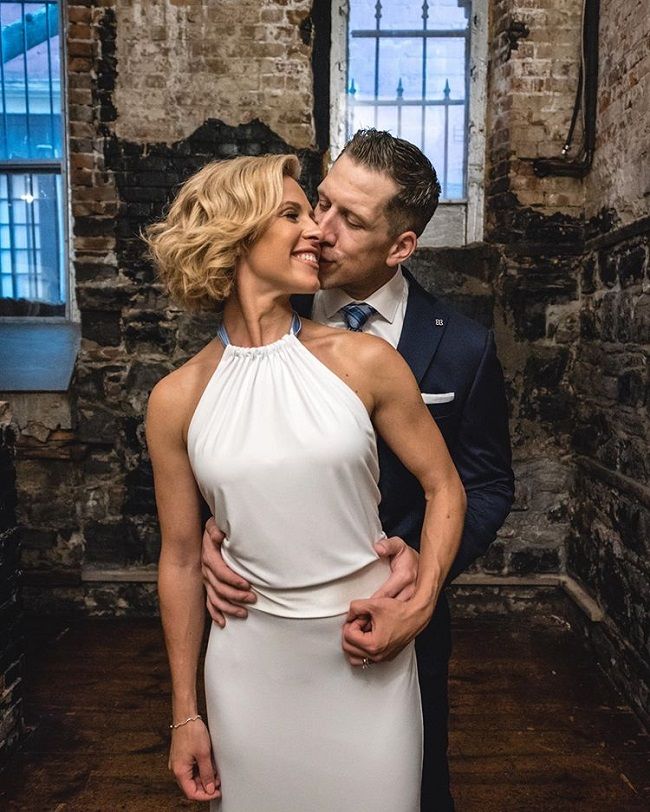 Moreover, she keeps her life away from scandals, there are no rumors and scandals regarding her personal as well as professional life.

Tessa has an amazing personality and a stunning body. Likewise, she has a perfect body shape with a height of 5 feet 7 inches and weighs around 63kg. Further, she has a hip size of 33 inches, a bra size of 35 inches, and a waist size of around 25 inches. 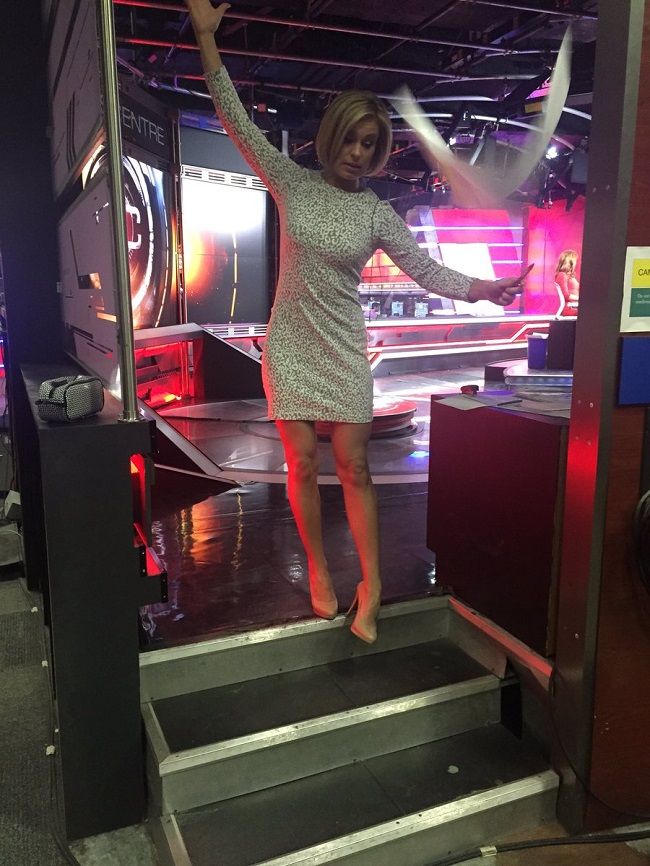 Caption: Tessa Bonhomme falling off the stair at the workplace (Source: Twitter)