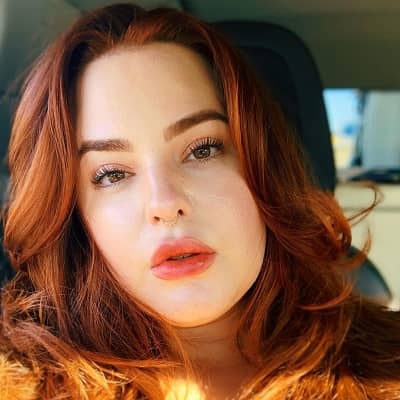 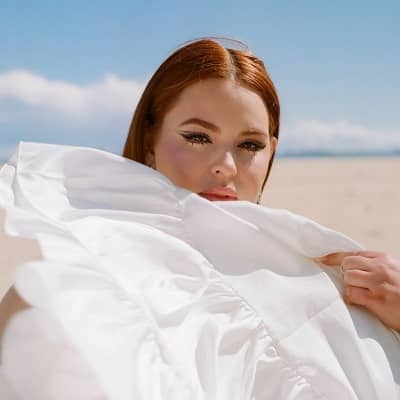 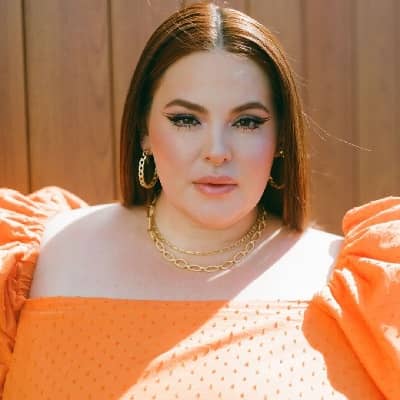 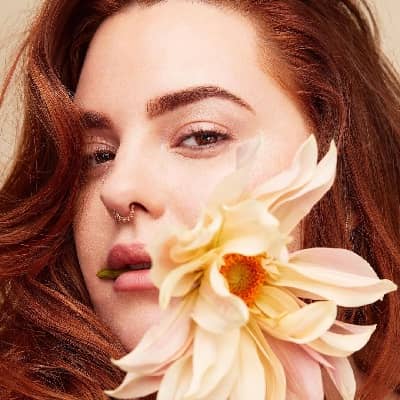 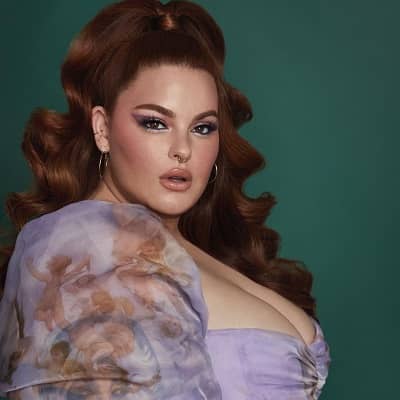 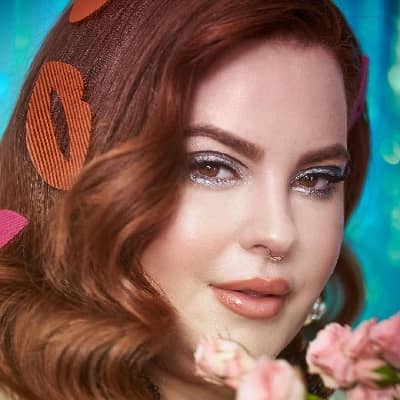 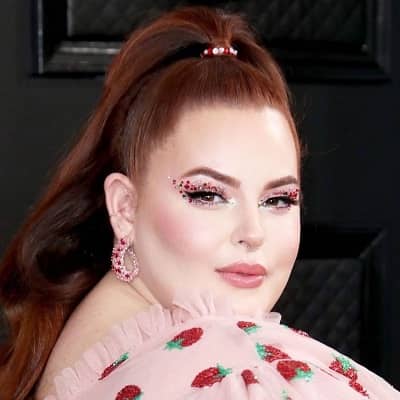 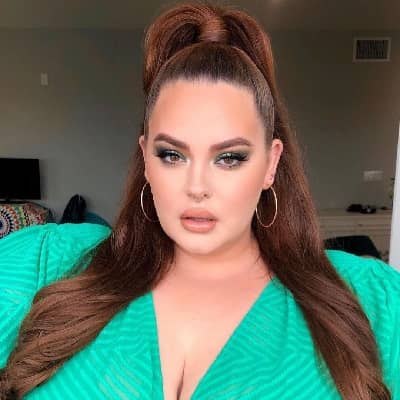 Tess Holliday is an American plus-size model, blogger, internet personality, and make-up artist. Tess Holliday is famous for getting featured in Vogue Italia, H&M’s advertising, Marie Claire, and others.

As of now, she is 35 years old and her zodiac sign is Cancer. Her father’s name is Doug Hoven and her mother’s name is Beth Tadlock.

Unfortunately, when she was pretty young, her mother left her father. Therefore, she claims her family moved forty times before she turned 10.

Further, her mother was paralyzed and disabled because she was shot twice in the head by her fiance in June 1995. For it, her fiance was charged with attempted murder.

Sadly, Tess was bullied from 5th grade for her weight and pale skin, having a disabled mother, and also because they lived in a trailer behind her grandparents’ house. Therefore, she left school at the age of 17 and earned her GED. 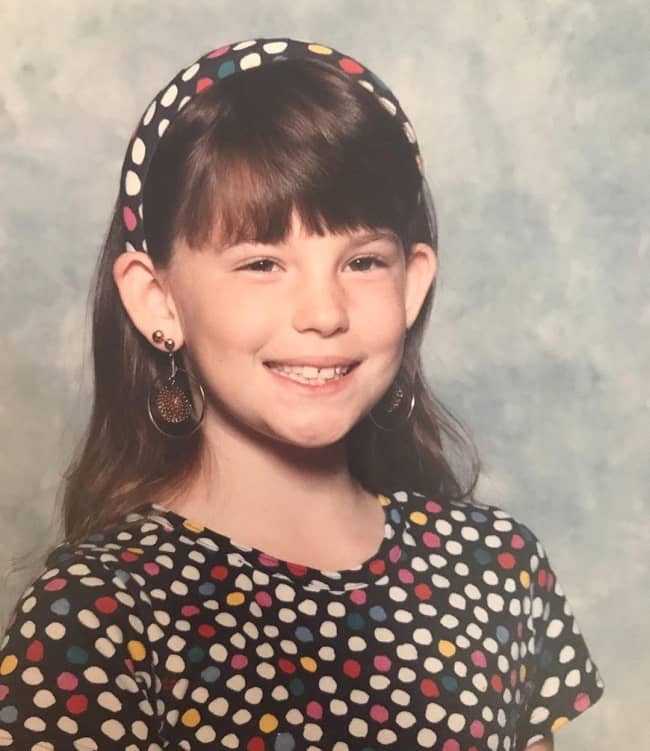 And, her official Facebook page has gained over 2.1 million followers. Her ‘Slumber Party with Tess Holliday’ YouTube channel has gained over 602 subscribers. The channel was recently launched on Feb 9, 2021.

At the age of 15, Tess auditioned at a casting call for plus models in Atlanta, Georgia. There, she was told she would be lucky to do print advertisements of catalog work because she was too short and big.

Similarly, then, she shifted back to Mississippi and when she was 20, she gave birth to her son and later returned to Seattle. Then she moved to Los Angeles in 2010.

Meanwhile, she was working as a receptionist at a Los Angeles dental office in 2011, she became a professional model. Tess answered to ‘House of Dreams Model Search’ by Torrid and was accepted.

And, at the same time, ‘A&E’ chose her to be the face of the documentary television series ‘Heavy’ after being discovered online. Similarly, in June 2011, she became the face of the television show. And, she was on an advert that ran nationwide and billboards across the country.

Additionally, she was also tagged on “fatshion” blogs, she models accessories and plus size clothing lines, and was also contacted to audition for Vh1’s ‘The Big Girls Club’. She was also featured in ‘Vogue Italia’ and has appeared in ‘Nylon magazine’. 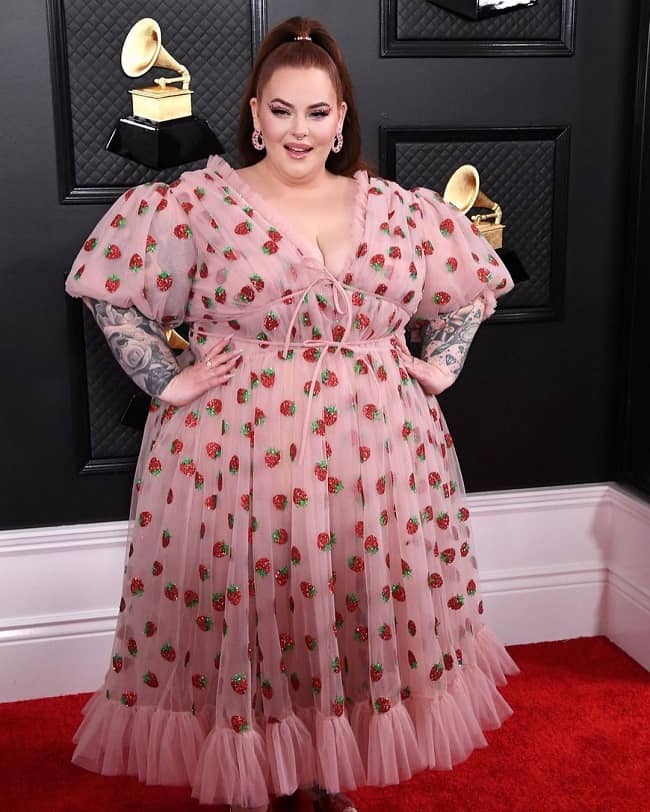 By the year 2014, a video was uploaded on Vimeo called ‘#everyBODYisflawless’ featuring Tess and other plus-size fashion bloggers and models Gabi Gregg and Nadia Aboulhosn lip-synching and dancing to Beyoncé’s 2013 song “Flawless”.

Tess has also starred on several TV shows like ‘Ice and Coco’, ‘Entertainment Tonight,’ and many more.

Likewise, in 2015, it was announced by Milk Model Management that they had signed Tess Holliday to their plus-size division, Curves. And, in May 2015, she had her first agency shoot.

Also, Tess was featured on the cover of ‘People’. She was featured in H&M’s sustainable fashion campaign in September 2015. And in the same month, Tess appeared, in ‘Addition Elle’s fall 2015 capsule collection campaign.

She also committed that she is in the process of designing her own clothing line. In November, she was involved in a fashion shoot for ‘Marie Claire UK’s December 2015 issue.

Canadian plus-size retailer ‘Penningtons’ announced in January 2016 that the brand has partnered with Tess to release a capsule collection bearing her name under their mblm label.

She donates the profit to a charity that she earned selling t-shirts with the phrase ‘Eff Your Beauty Standards.’

Holliday had her son Rylee when she was 20 years. And, in June 2015, she was no longer in contact with Rilee’s father. On July 5, 2014, Tess and Nick Holliday got engaged. Therefore, they first met in 2012 on Tumblr. Nick is an Australian businessman, photographer, and artist.

Moreover, talking about her sexuality, she came out as pansexual in 2019. Recently in 2021, she noted she was in recovery from anorexia. 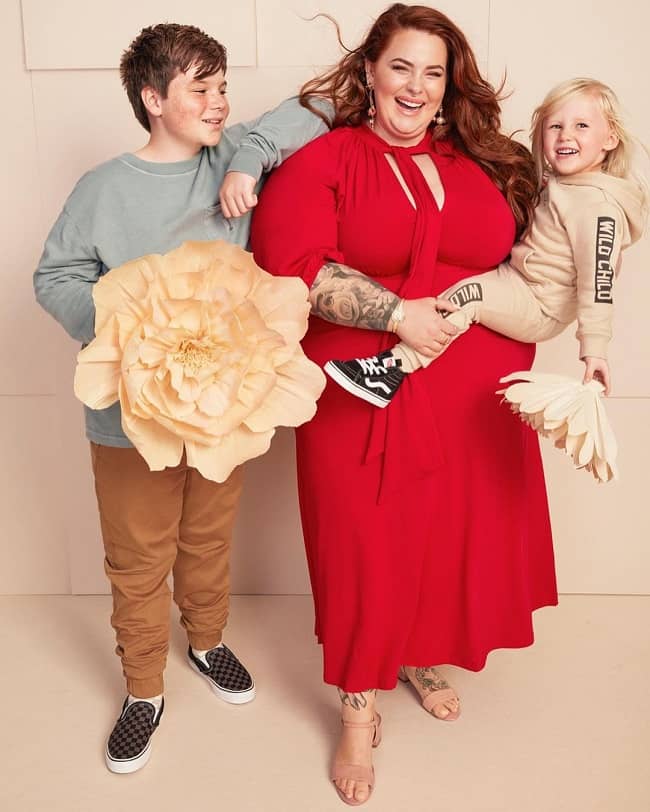 rd work. Her modeling career might be her main source of income. However, her net worth as of 2021 is $4 million.