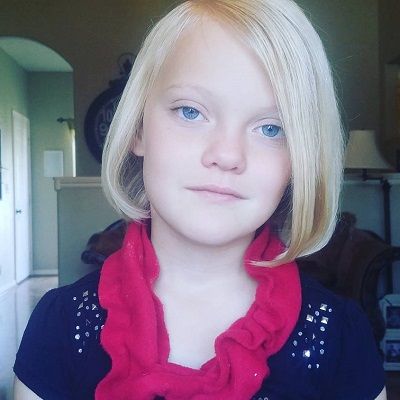 Taylor Yeager is 13 years old. She was born on May 1, 2008, in the United States under the astrological sign Taurus. Her mother’s name is Jamie Yeager and her father’s name is Steve Yeager.

She is the second-born and first girl child of the Yeager family. Currently, she resides with her family in Utah, USA.

Unfortunately, one of her siblings Bryce is no more in the world and looking at them from heaven. 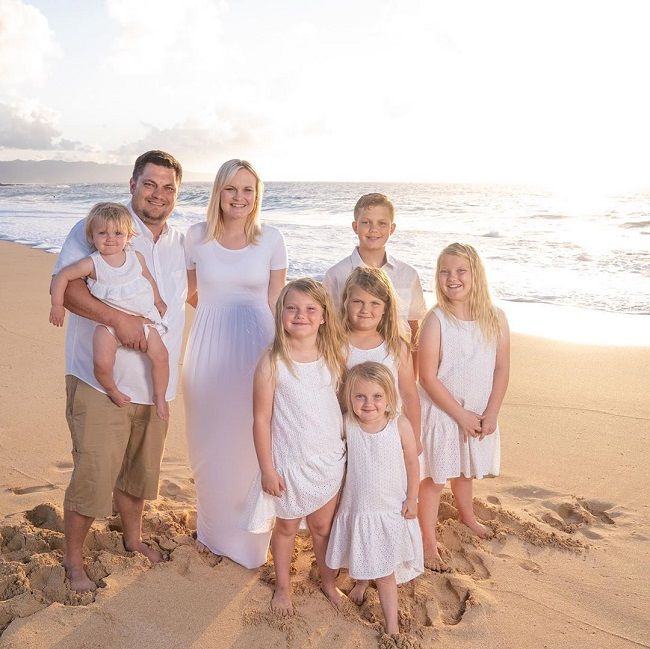 Caption: Taylor Yeager posing for a family photo with her parents and siblings (Source: Instagram)

Likewise, she has many hobbies like baking, listening to music, playing soccer, drawing, and coloring, as well as playing tumbling with her sisters.

She plays for a competing soccer team coached by her father. She also enjoys playing games with her friends. Growing up young, she wants to open her own bakery and cupcake shop.

Moving toward her educational background, she is currently studying in middle school but has not mentioned her school’s name.

Being a social media personality, she is obviously active on different media sites but she does not have a personal social media account.

She runs a YouTube channel along with her three sisters named Just 4 Girls and has gained 522k subscribers.

Likewise, her family channel Shot of The Yeagers has gained over 4.64 million subscribers.

Talking about Taylor Yeager’s social media career, she gained fame through her family’s Youtube channel as a prominent member of the famous YouTube family “Shot Of The Yeagers.” At such a young age, she established herself as a YouTube personality.

Her parents Steve and Jamie created the family channel on August 10, 2015, when she was just seven years old.

The family of eight members, including the parents and six kids varying the age from 16 to 5 years post their fun videos and regularly vlog on their channel about their life as a family.

They also post vlogs on a daily basis on their channel. This YouTube family shows a lot of importance on having fun and all their videos are family-friendly fun activities.

Their main aim in vlogging is to capture family memories so that they can look back fondly in the future.

In October 2016, the channel posted a video entitled “A SHOT OF THE YEAGER GIRLS | Q&A SPECIAL” beside her sisters Payton and Jordyn.

One of the most popular videos on this YouTube channel is ‘The Grinch Stole Our Christmas’ posted on November 24, 2018.

This video has got almost 29 million views, and she has a significant role in that video. The family channel has garnered more than 4.64 million subscribers with 2.64 billion views.

Likewise, another popular video that she highlighted in the family channel is ‘Lady in the Black Dress’. The video was shot in three parts and she was the lead character in this home movie shot by the family.

She is an almost permanent fixture in all the family videos being the second oldest child of the Yeager family.

After gaining fame on her family’s YouTube channel, her parents launched another YouTube channel for her along with three sisters called ‘Just 4 Girls’ on August 13, 2018.

She along with her sisters make exciting videos that can be enjoyed by viewers of all ages.

Likewise, their parents manage all the videos posted on the channel and they supervise the management of the channel as well. 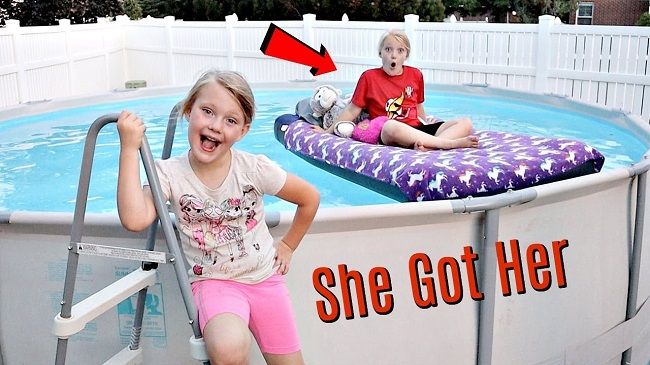 Moreover, she loves engaging in many activities and her various interests are also portrayed on her YouTube videos.

She enjoys being a YouTuber and likes experiencing new places and taking part in different activities.

Some of the other notable videos are “FAMOUS for 24 HOURS!,” “LAST to LEAVE the COLORED Lego Ball Pit!,” “24 HOURS as Mermaids!,” and “BUYING Anything We WANT CHALLENGE!.” These videos have caught the attention 0f millions of viewers.

Speaking on Taylor Yeager’s earnings, she has earned a good sum of money through her contribution to the family’s YouTube channel. Her Just 4 Girls YouTube channel has amassed a net worth of around $863k.

Likewise, her family’s YouTube channel Shot of The Yeagers has a net worth of $6.7 million dollars as of April 2020.

She lives a lavish and blissful lifestyle along with her family through the good fortune made by YouTube videos.

Reflecting on Taylor Yeager’s personal life, she is currently single. However, she is very young to get into relationships.

Currently, she is focusing on her social media career and studies. Growing up as a beautiful lady, she will surely date a handsome guy. She is enjoying her life with family and friends and having fun with them.

Furthermore, this young Youtube personality has not been through any drastic rumors and controversy, She has a very clean image.

Beautiful and unloving Taylor Yeager has a charming personality with her beautiful smile. She has a good height and with healthy body weight.

Further, there is no information regarding her height, weight, body statics, shoe size, etc. She has a pair of beautiful blue eyes and blonde hair color. 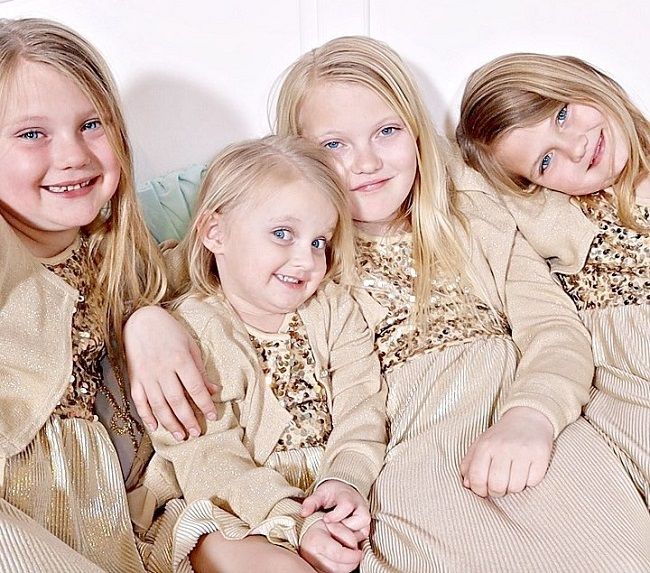