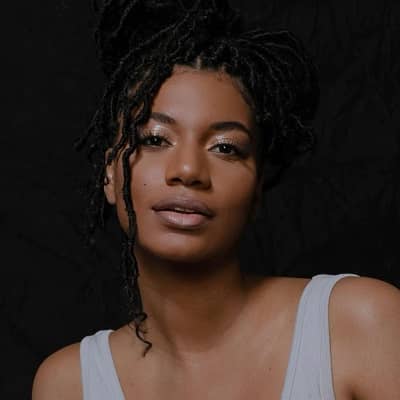 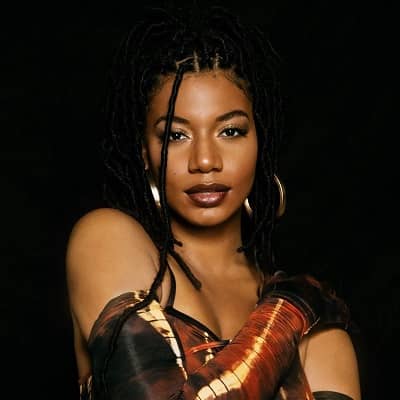 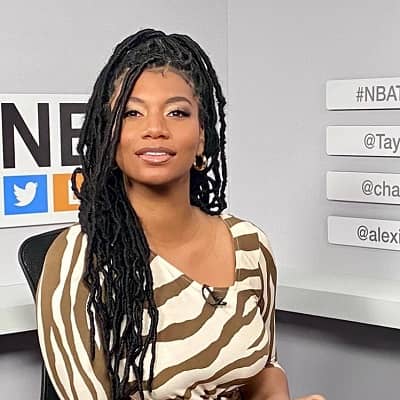 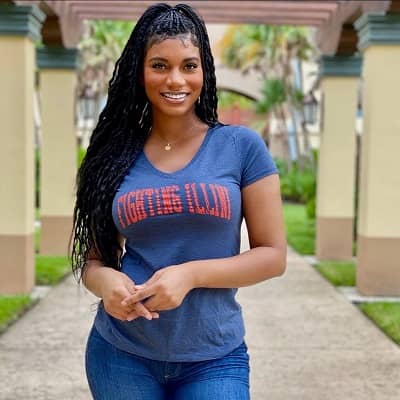 Taylor Rooks is a young American journalist and sportscaster. Taylor Rooks is famous for working as a host, reporter, and correspondent at SportsNet New York, Big Ten Network, BTN Live, BTN Football Pregame, and Women’s Sports Report among others.

Likewise, her full name is Taylor Lynn Rooks. Regarding her educational journey, Taylor attended Peachtree Ridge High School in Suwanee, Georgia. She graduated from this institution in the year 2012 as a Lion.

Later on, Taylor attended the University of Illinois at Urbana-Champaign. There, Taylor majored in broadcast journalism. Furthermore, this is the same university that her parents attended.

Talking about her family, Taylor comes from a family of athletes. Her parents are their father Thomas Rooks. Thomas is the top rushing leader for the Illinois Fighting Illini.

Similarly, her uncle is Lou Brock, who is a St. Louis Cardinals Hall of Famer. Likewise, her other uncle is Marv Woodson, a former “Pittsburgh Steelers” and “New Orleans Saints” NFL player. 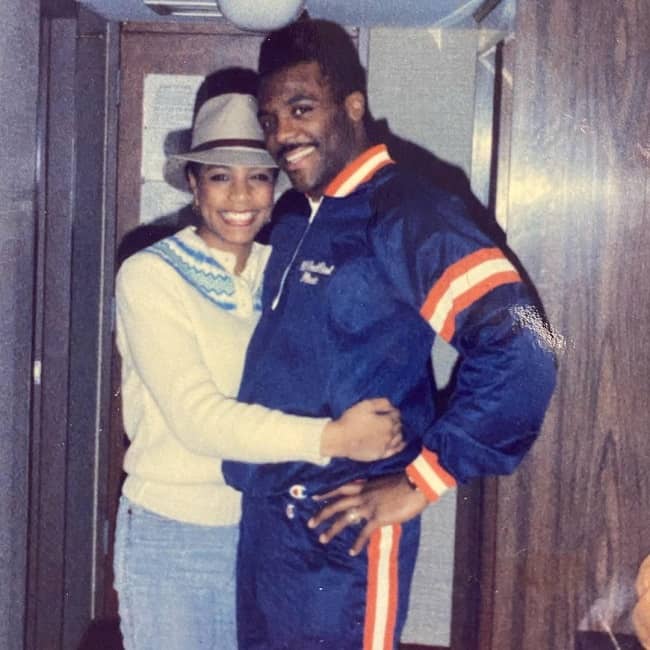 Caption: Taylor Rooks’s parents posing for a photo in the year 1985. Source: Instagram

This successful Journalist has earned a decent amount of money throughout her career. She has a net worth of $1 million as of 2022. However, there is no information about her salary and other assets.

Talking about her social media presence, Taylor Rooks joined Twitter in March 2013 and so far has over 181.3K followers on her @TaylorRooks.

Similarly, she is available on Instagram under the username @taylorrooks. While writing this biography, Taylor has shared exactly 957 posts and earned over 374k followers.

Taylor Rooks is a popular sports journalist and broadcaster. Taylor appears on Bleacher Report and Turner Sports at present.

Before joining the Turner networks, Taylor worked as a host, reporter, and correspondent at SportsNet New York.

Even before this, Taylor worked for the Big Ten Network. She also appeared on BTN Live, BTN Football Pregame, and Women’s Sports Report.

Furthermore, Taylor was a sideline reporter for CBS Sports Network for the 2016-2017 football season.

Before SNY, CBS, and BTN, Taylor Rooks was also a football and basketball recruiting reporter for scout.com.

The young reporter has an on-air presence for major events including the Big Ten Football Championship.

Similarly, during her time at the university, Taylor Rooks covered and broke national football/basketball recruiting stories while working with Scout.com.

She also interned with the PGA Tour, Comcast SportsNet Chicago, and Fox Sports/Scout.com throughout her college years.

Additionally, Taylor received numerous scholarships during her time in Champaign.

During this time, Tylor also helped expand women’s interest in broadcasting. Briefly, Taylor Rooks worked as a model but turned her focus to sports journalism later on. 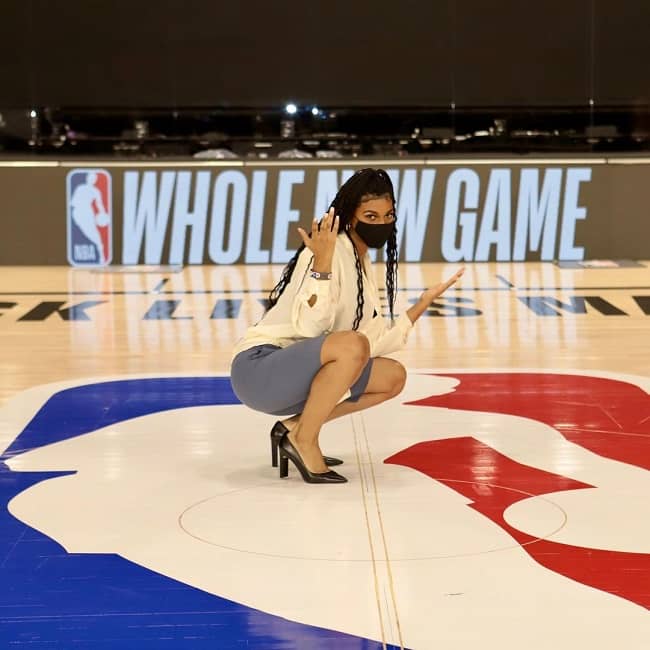 Caption: Taylor Rooks posing for a photo at the game location. Source: Instagram

From August 2012 to May 2014, Taylor Rooks worked with scout.com covering Illinois football and basketball. She also made it to national news with her stories and perspective on the game.

Then in August 2014, Taylor became an on-air host, reporter, and correspondent for the Big Ten Network. Back then, she was only two months out of college.

One of Taylor’s roles is to interact with fans and bring their social media topics onto the screen. The young journalist regularly reports on Big Ten Games throughout the season.

She also travels frequently for TV shows. Furthermore, Taylor hosts the Women’s Sports Report, working alongside Lisa Byington. They work together to cover all women’s sports in the Big Ten.

The journalist was also a sideline reporter for CBS Sports Network for the 2016-2017 college football season.

At present, Taylor is also the host of Take It There With Taylor Rooks and also works for Bleacher Report and Turner Sports among others. 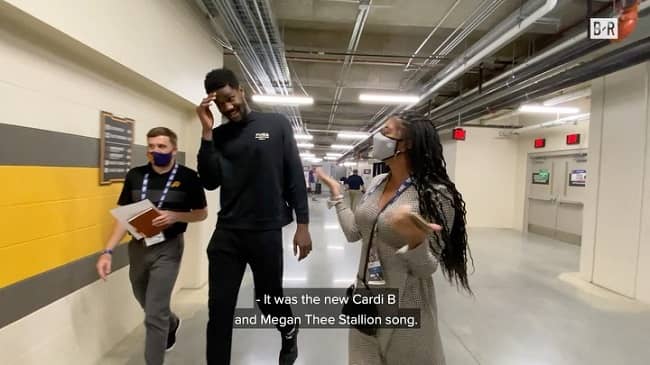 Caption: Taylor Rooks captured in the middle of her interview. Source: Instagram

Taylor Rooks is most likely single and more focused on her career at present. Or the journalist might be in a romantic relationship but likes to keep it a secret from the public for now.

Taylor Rooks stands tall at an approximate height of 5 feet 9 inches and her weight is around 59 kg.

Similarly, Taylor has a chest-waist-hip measure of approximately 35-24-35 inches respectively. Further, Taylor has dark brown eyes and hair of the same color. 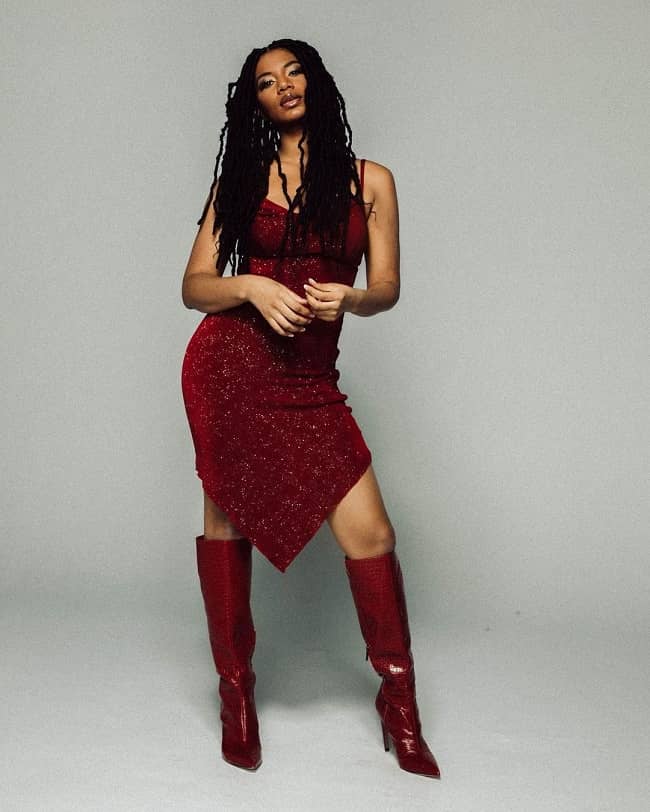