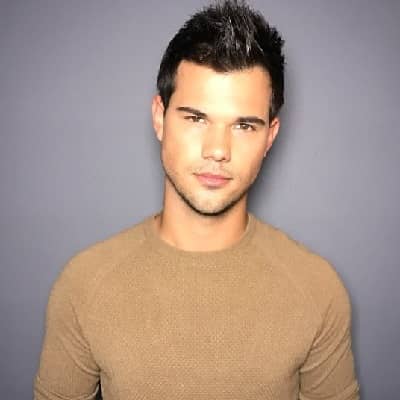 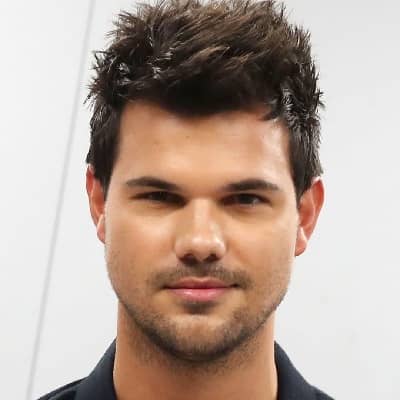 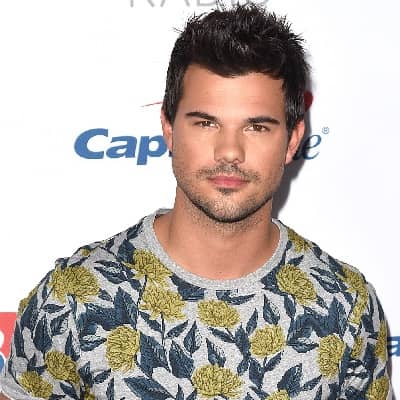 Taylor Lautner is an American actor and model mainly famous for his role as a Jacob Black in The Twilight Saga film series. Taylor Lautner was also nominated in People magazine’s “100 Most Beautiful People” in 2009. Likewise, he was also ranked among the ‘50 sexiest men’ in Hollywood.

Taylor Lautner was born on the 11th of February, 1992, in  Grand Rapids, Michigan, USA. Likewise, he is 30 years old. He was born to parents Deborah and Daniel Lautner. His father was a Midwest Airlines pilot while his mother worked for a software company. Taylor has a younger sister called Makena. Taylor and his younger sister Makena were raised as Roman Catholics. He has ancestry in German, French, Dutch, and Native American. As a child, he was bullied by his classmate for being an actor.

Taylor first took karate class at the age of 6. He met Michael Chaturantabut, a Thai American actor and stuntman,  the founder of Xtreme Martial Arts during the national karate tournament in Louisville, Kentucky. He trained under him and he was a black belt by the age of 8. Taylor won several junior world championships. Lautner also participated in an ISKA karate event televised on ESPN in 2003.

Besides karate, Lautner loved baseball, jazz, and hip-hop dancing and he also played football for his school team. His karate mentor advised him to venture into acting. He then went to audition. Despite failing the audition, he made the choice to pursue acting. He and his parents flew from Michigan to Los Angeles for auditions, occasionally returning to his hometown for the start of school. This routine made him tired and besides, his relationship with his classmates was getting worse. The family finally made the decision to move to California. He attended the public school Valencia High School in Santa Clarita, California. After finishing high school, he enrolled at Grant Valley State University and graduated with a degree. 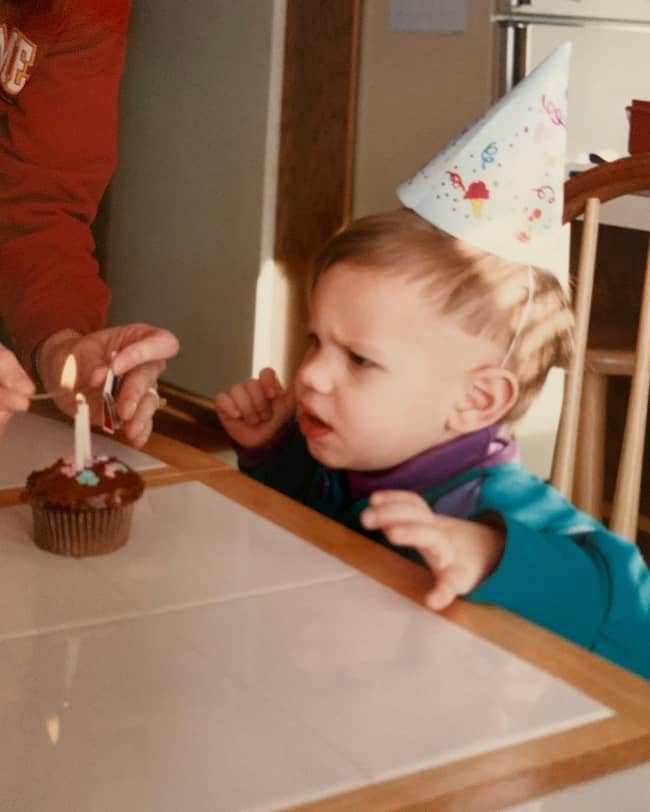 After moving to California, he played several minor roles on television and in commercials. In 2001, he appeared in the tv film, ‘Shadow Fury’.  He then got a voice role in ‘Rugrats Go Wild’. He also appeared in ‘The Bernie Mac Show,’ ‘My Wife and Kids,’ and ‘Summerland’. After that, he returned to voicing characters in films such as “Danny Phantom,” “Duck Dodgers,” and “What’s New, Scooby-Doo?”.  Taylor Lautner also secured modelling jobs at the same time. Adam Shankman quickly cast him as ‘Elliot Murtaugh’ in the film ‘Cheaper by the Dozen 2′. He got his first breakthrough when he landed a role in the film ‘The Adventures of Sharkboy and Lavagirl in 3-D’ in 2005. The movie received bad reviews but its popularity increased. He played Jack Spivey in the short-lived NBC drama  ‘My Own Worst Enemy’. Lautner then appeared in ‘Love Inc.’ and ‘He’s a Bully, Charlie Brown’.

In the same year, filmmakers began looking for a teen actor, ideally of Native American ancestry, to play ‘Jacob Black’ in the first edition of the ‘Twilight’ film franchise. He read lines from the second and third books at his audition with Kristen Stewart, who had already been cast in the character of ‘Isabella Swan’. He was chosen for his ravishingly good looks, demeanor, and ability to deliver dialogue. The film went on to be a critical and box office hit. In order to do justice to the role, Lautner weight-trained extensively and gained about 30 pounds of muscle. His physique wooed the woman from all around the world making him a teen idol and sex symbol.

He appears in the second and third installments of the ‘Twilight’ series, ‘The Twilight Saga: New Moon’ and ‘The Twilight Saga: Eclipse,’ respectively, in 2009 and 2010. In 2010, he played Willy Harrington, a  Taylor Swift’s love interest in Valentine’s Day. After the success of the three Twilight movies, Taylor starred in ‘Abduction’ alongside Lily Collins. The film did poorly at Box Office and he was heavily criticized by critics for his poor performance. He also played in the last two parts of the ‘Twilight’ film series, ‘Breaking Dawn Part 1’ and ‘Breaking Dawn Part 2,’ which were released in 2011 and 2012, respectively. Taylor also starred in the films Grown Ups 2 and Tracers, both of which were released in 2013 and 2015. He filmed a drama film titled Run the Tide in 2016. He also co-starred in Ryan Murphy’s comic horror series ‘Scream Queens’ that same year. 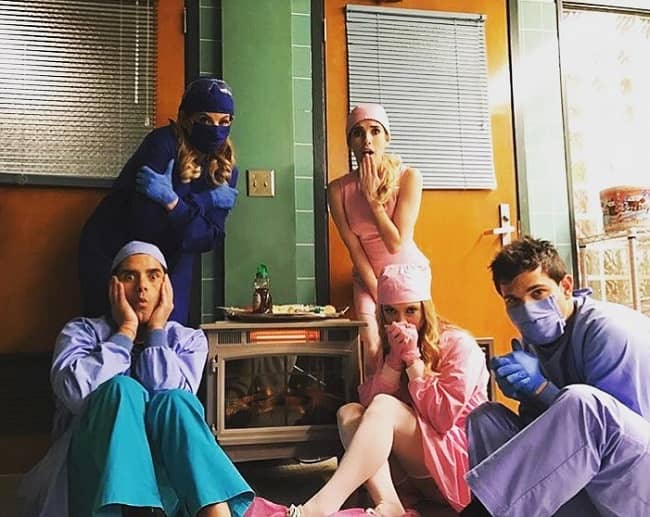 Caption: Taylor with his castmates from Scream Queens Source: Instagram

Taylor won numerous awards in his acting career. In 2009, he was awarded the ‘Teen Choice Award’ for ‘Best Breakthrough Performance-Male’ for Twilight. The Glamour Magazine named him in ‘The 50 Sexiest Men of 2010’. People Magazine ranked him fourth in ‘Most Amazing Bodies’. In 2011, he also received the ‘People’s Choice Award’ for ‘Favorite On-screen Team’ with Robert Pattinson and Kristen Stewart for ‘The Twilight Saga: Eclipse’. In 2013, he won MTV Movie Award for ‘Best Shirtless Performance’ for ‘The Twilight Saga: Breaking Dawn – Part 2’.

Taylor has a long dating history. During high school, he dated his school friend Sarah Hicks. In 2009, he was in a romantic relationship with Taylor Swift during the filming of  Valentine’s Day. The couple broke off a year later. He then dated his co-star Lily Collins in the film Abduction in 2010. Taylor then dated the beautiful blonde actress Mika Monroe in 2013.

He then broke up with her and dated Canadian actress and Tracers co-star Marie Avgeropoulos from 2013 to 2015. In 2016, he dated Scream Queens co-star Billie Lourd. They later split in July 2017. He has been publicly dating Taylor Dome, a nurse from California since 2018. Taylor announced via Instagram that he and Dome are engaged on November 13, 2021. 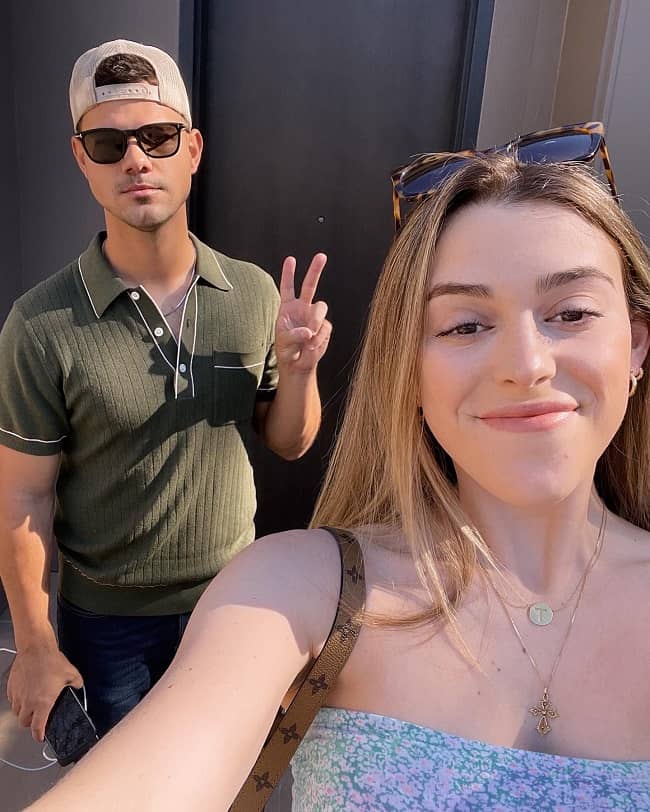 Taylor Lautner has a height of 5 feet 9 inches and he weighs 76kg. Taylor has black hair and his eyes are black in color.

Taylor earned most of his fortune through a successful acting career. Lautner was once the highest-paid actor. Lautner’s total net worth is $40 million.