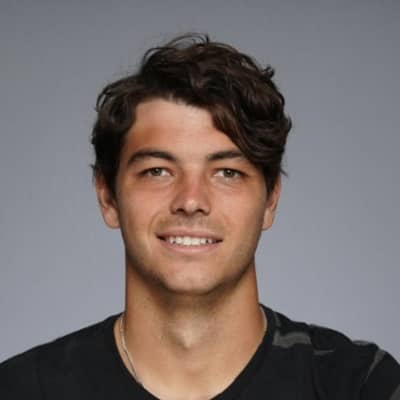 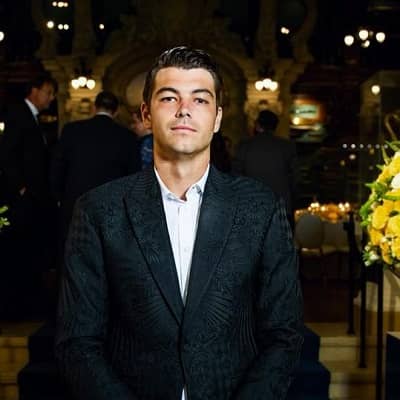 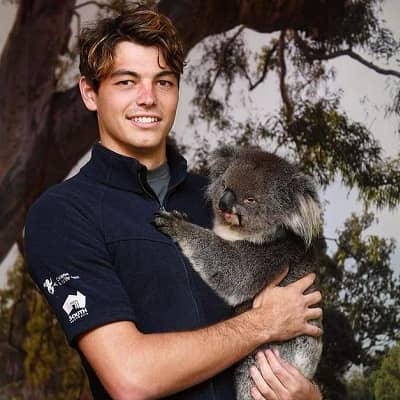 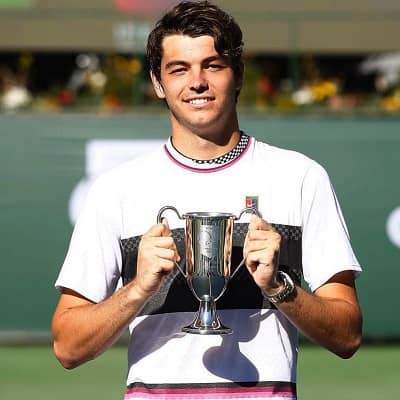 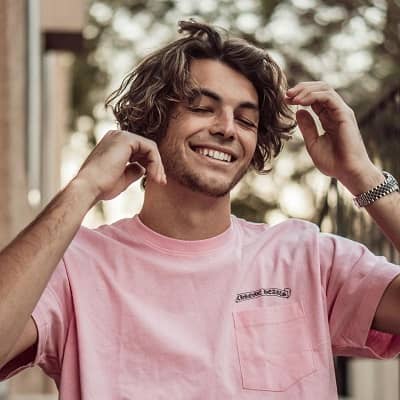 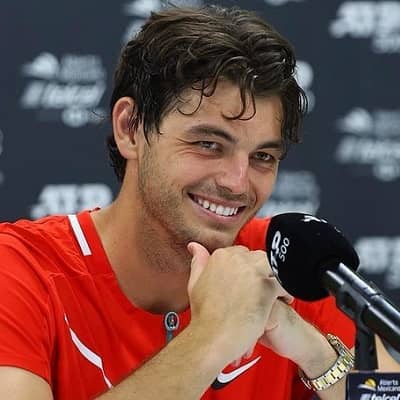 Taylor Fritz is a young and talented American tennis player. Taylor Fritz is recognized for ranking #13 in the singles and #104 in doubles in the ranking of the Association of Tennis Professionals (ATP).

Taylor Fritz was born on 28 October 1997 and he is currently 24 years old. He is originally from Rancho Santa Fe, California, and his zodiac sign is Scorpio. At present, this personality resides in Rancho Palos Verdes, California. Likewise, his full name is Taylor Harry Fritz. This personality attended Torrey Pines High School. As a freshman there, Fritz won the CIF singles title in the San Diego section. A few months into his sophomore year, Fritz switched to an online high school so that he could play ITF junior events full-time.

Talking about his family, his father’s name is Guy Henry Fritz and his mother is Kathy May Fritz. His mother is a former professional tennis player who reached three Grand Slam quarterfinals. Likewise, his father also played professional tennis and was named US Olympic Development Coach of the Year in 2016. Further, he has two elder maternal half-brothers namely Kyle Paben and Chris Paben.

Talking about his extended family, his great-great-grandfather is David May. May was a businessman and the founder of The May Department Stores Company. Likewise, his great-grandfather is Morton D. May – a philanthropist and art collector alongside being a director, chairman of the board, and chief executive officer of the May Department Stores Company at various times. 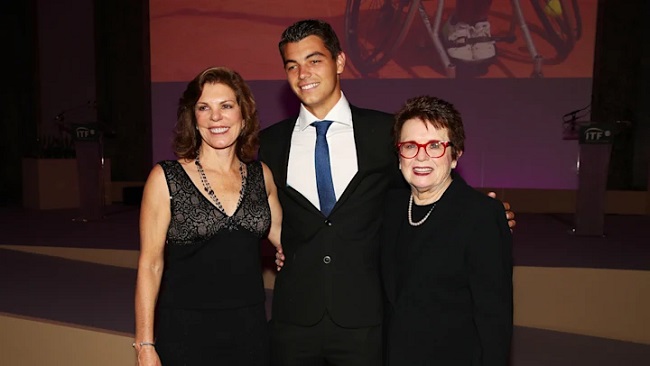 Caption: Taylor Fritz posing for a photo with his mother Kathy May and Billie Jean King at the 2016 French Open. Source: Olympics

Additionally, this player has won two ATP Tour singles titles. This includes a Masters 1000 title at the 2022 Indian Wells Masters. Moreover, this young tennis player reached his maiden ATP final in only his 3rd career event. It was the Memphis Open in the year 2016. John Isner is the only other American who has reached an ATP final in fewer career events.

Furthermore, Fritz won a junior major singles title at the 2015 US Open. Then at the 2015 French Open, this tennis player was the runner-up in junior singles. Talking about the beginning of his career, Fritz played ITF events only after turning 15 years old. In the beginning, Fritz played in a low-level Grade-4 tournament in March 2013. the next event he played at was the 2013 Junior US Open. At this point, this young player started competing regularly on the ITF Circuit. 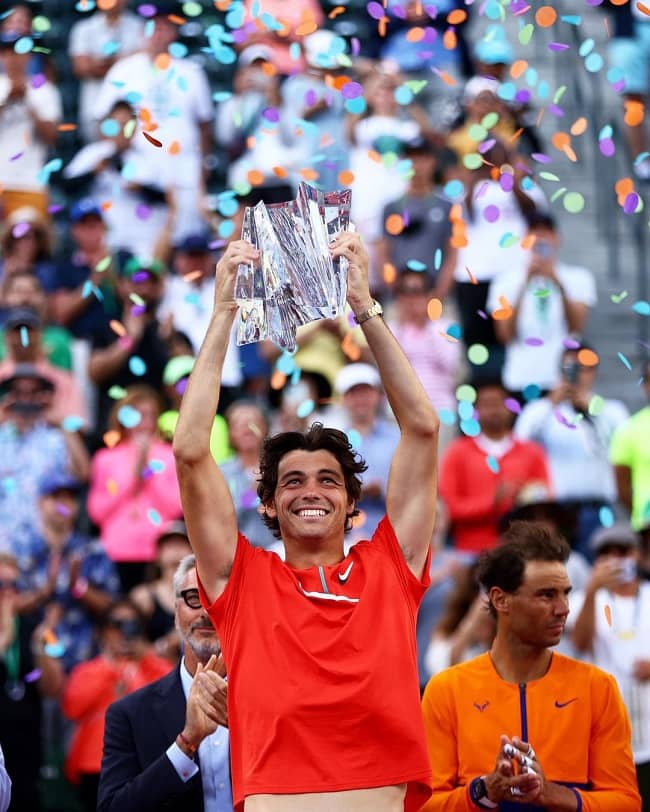 Taylor Fritz is in a romantic relationship with Morgan Riddle. His lover is available on Instagram under the username @moorrgs. On 7 June 2021, Fritz shared on his Instagram that the lovers have been together for one year already. Prior to this relationship, Fritz was married to Raquel Pedraza. His ex-wife also played professional tennis. Together with Raquel, this personality has a son named Jordan Fritz born in 2017. 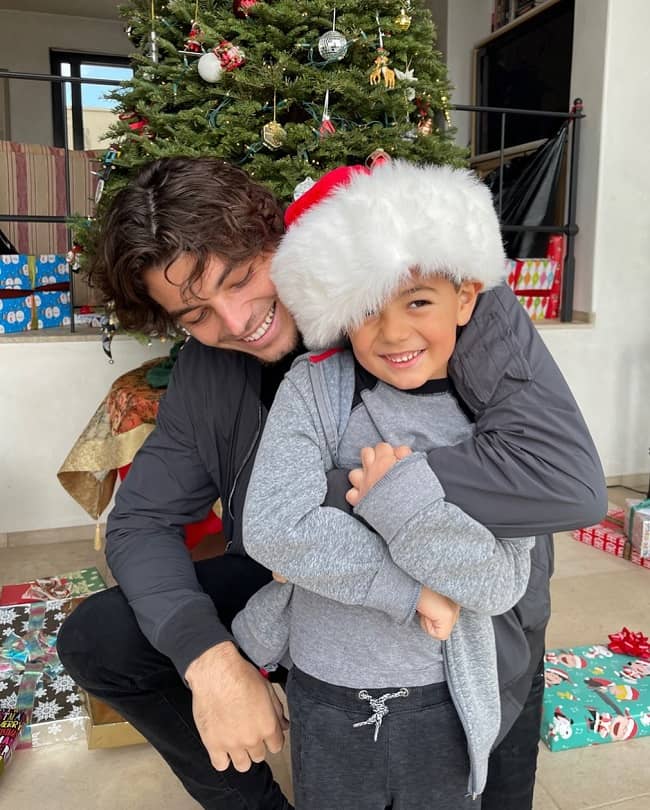 Taylor Fritz stands tall at an approximate height of 6 feet 5 inches or 1.96 meters. Similarly, the tennis player’s weight is around 87 kgs or 190 lbs. Fritz has dark brown hair and hazel eyes. Besides these, the player’s other measurement details are still a mystery. 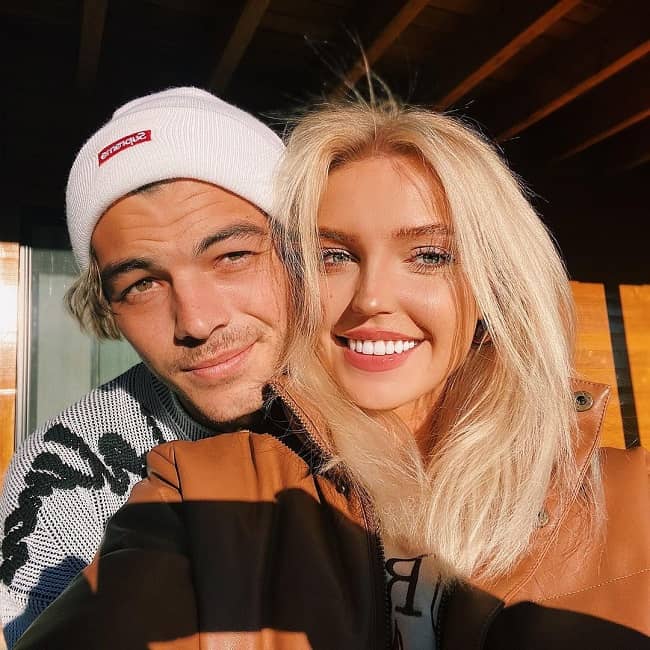 Taylor Fritz joined Twitter in September 2013 and so far has more than 39.6K followers on his @taylor_fritz97 account. Likewise, he is available on Instagram as @taylor_fritz. This account has garnered more than 211k followers as of April 2022. Also, he is available on Twitch as @taylorfritz97 with 2.5K followers. Moving on, this young tennis player has a net worth of around $3 million US dollars.