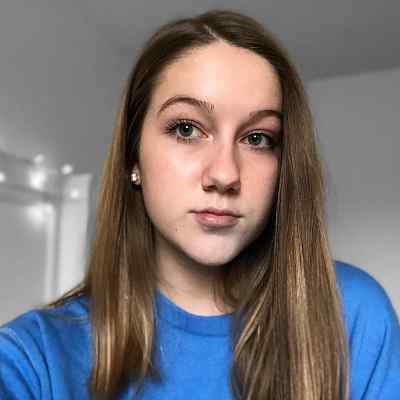 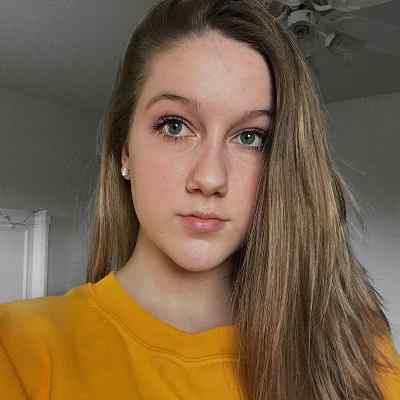 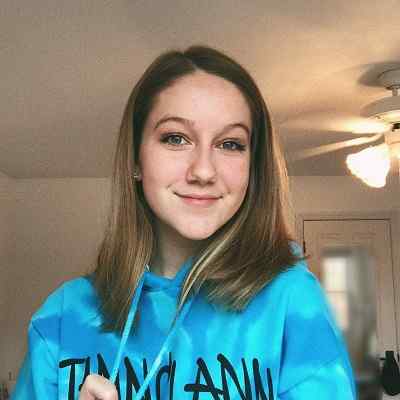 Taylor Braungardt was born in Wichita, Kansas, USA, on November 6, 2002. She is 19 years old and her astrological sign is Scorpio. She holds an American nationality.

Her parent’s names are Jamie Braungardt and Kim Braungardt. But her parents are divorced and her father is married to another woman and they have a daughter together. Likewise, her mother graduated from Kansas State University, with a degree in accounting. Also, her parents are well known on Instagram.

Moreover, she has two siblings and they are two older brothers. And, her brother’s names are Tristan Braungardt and Tanner Braungardt and they are famous YouTubers. She along with her brothers live with their mom. As a kid, she loved playing dress-up with her older brother, Tristan, and nieces. And, she shares a closer bond with Tristan than Tanner. Moreover, she also owns a dog named Luna.

Regarding her educational background and qualifications, the name of the educational institutions she attended are not available. And considering her age, she must be attending high school at the moment. Moreover, she was one of the cheerleaders of her school’s sports team. 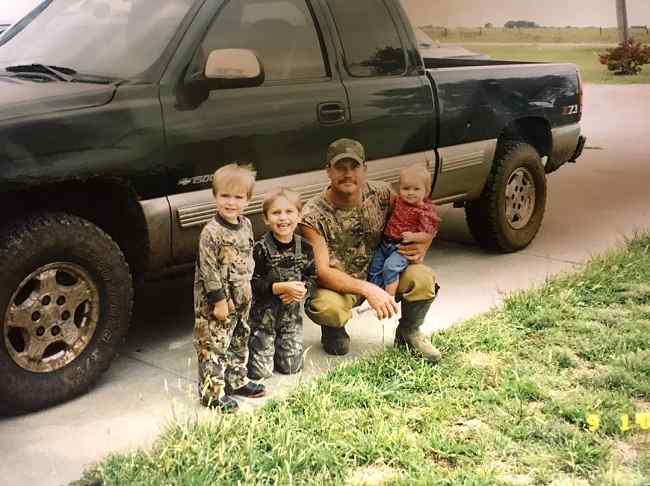 Being the younger sister of famous social media and Youtube stars, Taylor Braungardt was exposed to the world of the internet very early in her life. She grew up watching her brothers post videos on various social media platforms like Youtube. Likewise, she was inspired by her brothers as they not only enjoyed a huge fan base but also used their fame to inspire many youngsters. Moreover, her brothers also taught her the art of building a huge fan base by doing what they loved to do the most.

While Braungardt’s eldest brother, Tristan, enjoys helping others through various social media platforms, Tanner gained prominence by displaying his free running skills on the internet. And, she simply followed in her brother’s footsteps and made her presence felt in social media at a very young age. Likewise, she started off by creating her Instagram account “taylorbraungardt”. Though she has shared a lot of pictures on her Instagram page, the ones clicked along with the famous comedy duo “Dolan Twins” are her favorite.

And, apart from her brothers, the Dolan Twins have played a vital role in inspiring her shethroughout her journey on social media. She also got an opportunity to meet them in Los Angeles, which was actually a surprise, planned by her mother and Tanner. She also has a Twitter account where she often tweets random quotes and captions. Moreover, she is also active on other social media platforms like Snapchat.

Braungardt owns a self-titled YouTube channel as well. She launched this channel on April 29, 2014, and has accumulated altogether 2,036,418 views until now. She has also appeared in a couple of videos on her brother’s Youtube channels. she shares entertaining content on her channel and assists her brother to promote his fashion line as well. Also, she has featured her brothers on her channel. However, she has only posted 4 videos until now on her Youtube channel. 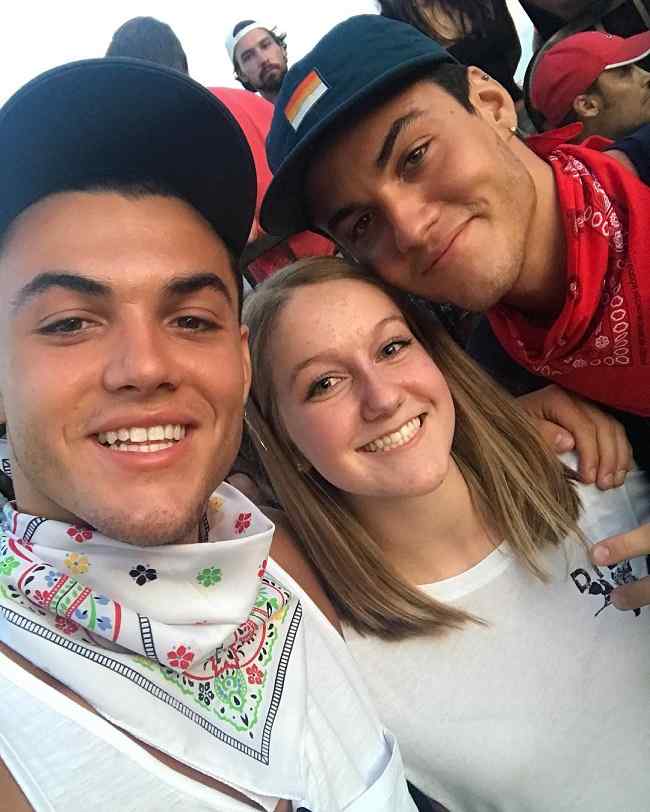 Taylor Braungardt is possibly single at the moment. She seems to be more focused on her career, social platforms, and studies rather than being in any kind of relationship. Or maybe she wants to keep her personal and love life private and away from the limelight and social world. Even focusing on her past relations, no information is available until now. So, we can pretty much assume that either she has never been in a relationship or has done a good job in keeping it a secret.

Braungardt loves autumn as her birthday as well as Halloween fall in this season. She also sees Halloween as an opportunity to showcase her creativity and enjoys carving pumpkins, cooking delicious food, wearing weird costumes, and everything related to Halloween. Likewise, the Autumn season also brings down the temperature and that brings relief to her as she hates summer. And, according to her, fall is the best time of the year. She likes to spend her fall by wearing warm clothes and by sipping hot chocolate and shakes.

Furthermore, she is an avid traveler and has traveled to many places within the United States of America. Her dream holiday destination is Australia, which is quite surprising as she loves the coziness of winter. She is also looking forward to getting inked. Moreover, Braungardt likes small and meaningful tattoos, especially the ones that are aesthetically pleasing. And, she believes in conveying meaningful messages through tattoos. According to her, an attractive and meaningful tattoo will not only reveal one’s personality but will also serve as a conversation starter.

Her all-time favorite television shows are “SpongeBob SquarePants” and “Riverdale” and regularly follow the show “Stranger Things” on Netflix.

The body measurements of Taylor Braungardt such as her height, weight, chest size, waist size, hip size, bicep size, and any other sizes are not available at the moment. And all of those measurements of her are still under review. Moreover, she has light brown hair and dark green eyes. 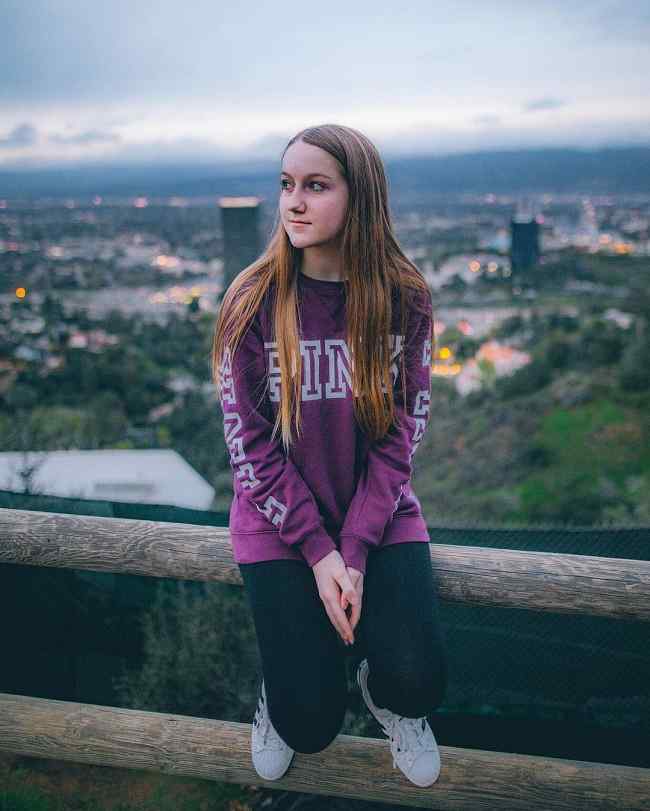 Taylor Braungardt is pretty active on all of her social accounts. She has garnered 346K followers on Instagram and 205K subscribers on Youtube. Likewise, she has mustered 91.4K followers on Twitter.

Talking about her earnings and income, her exact net worth and source of income is unknown. She pretty much wants to keep this information private as well.