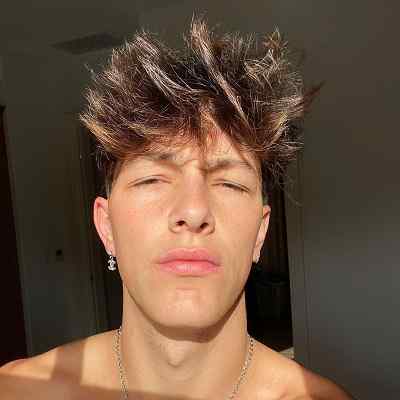 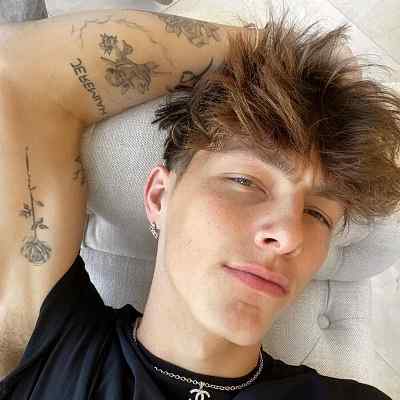 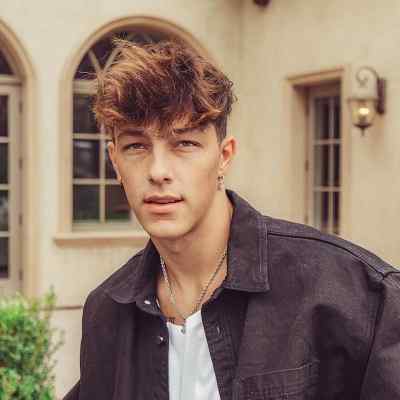 Tayler Holder is an American Social influencer, aspiring actor, model, Instagram star, and TikTok star as well. Tayler Holder has traveled around the world performing and also meeting his fans. He started appearing as Luke on the Brat series “Dirt” in the year 2018. Likewise, he became a member of ‘The Hype House’ in the year 2020.

Tayler Holder was born in Alvarado, Texas, USA, on August 19, 1997. He is 23 years old and his birth sign is Leo. He holds American nationality.

His father’s name is Monte Holder whereas his mother’s name is Wendy Holder. He also has a brother and his name is Trever Holder. Likewise, he also owns a Pomeranian whose name is Eli. Eli also has his own Instagram account under the name “itslittleeli”. Other than this, nothing much about his family background is available at the moment. However, he has shared pictures of his parents and also his brother on his social account pages. He also did post pictures of his pet dog on those pages.

Regarding his educational background and qualification, he attended Carnegie Vanguard High School, Houston. Likewise, considering his age, Holder must have just graduated from university until and unless he is a dropout or decided to quit his further studies. 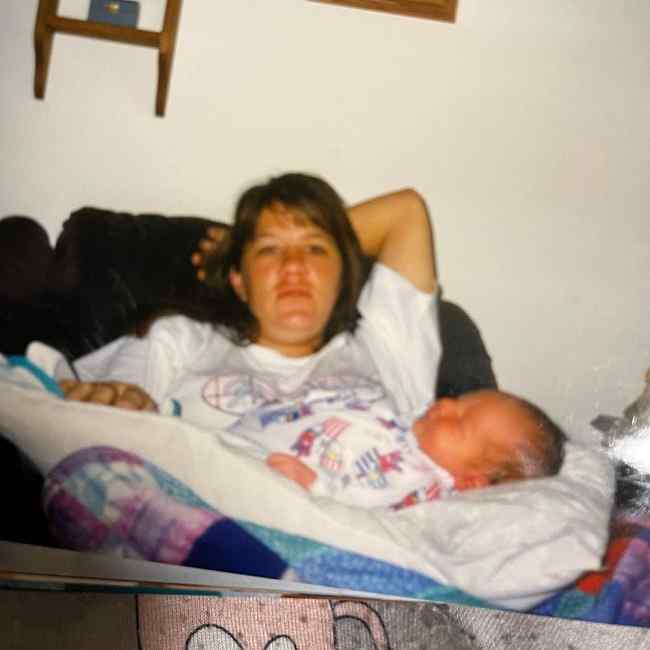 Tayler Holder when he was barely 19 years old, crafted a career for himself in social media with his videos and uploads. However, his life which seems so smooth and hassle-free for this teenage sensation today wasn’t so easy at all. He had an aim to make it big in the virtual world through social media apps and platforms. So he moved base to Los Angeles, California. Then, he first created his Twitter account In October 2013. Simultaneously, along with his friend, Joseph Birlem, he began a YouTube channel called “Joey and Tayler”. But that channel no longer exists.

Likewise, in between early and mid-2014, he made his presence felt on other social media platforms like Instagram and YouNow. But, the biggest breakthrough in his career came with TikTok which augmented his popularity by leaps and bounds. He owns his TikTok account under the name “itstaylerholder”. And within a short period of time, he was able to gain a lot of followers on his TikTok account. He shares lip-sync videos, dance, funny, POV videos, and many other kinds of videos on his account. He has also featured many other people on his TikTok videos.

He became a member of “The Hype House” in early 2020. ‘The Hype House’ is basically the name of a collective of popular teens TikTok personalities which is based in Los Angeles, California, USA. It is also the name of the Spanish-style mansion where some of the creators formerly lived and some are still living. 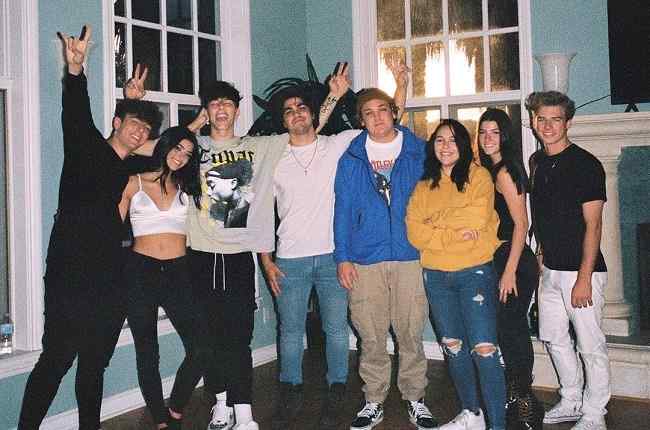 Caption: Tayler Holder with the other members of “The Hype House” (Source: Instagram)

He made his acting debut in the year 2018 in the Brat TV drama series “Dirt”. He appeared in a lead role as “Luke Dungey” as he navigates the super competitive sport of motocross. He even appeared on 2 episodes of the talk-shows “Brat Chat”. Likewise, his debut single “Who I Am” was released in April 2017 by Good Time Entertainment. Then, his second single “Fallback” was in August 2018.

In the year 2019, he appeared on the songs “Slide Thru” and “We Alright(Remix)”. And, in the same year, he was also featured opposite Casey Baer on “Christmas Time Valentine”. He also starred in the music video “Tangled” by Kylee Renee. Likewise, his music is available on platforms such as Apple Music, iHeartRadio, Deezer, and Prime Music. Moreover, he released his new song titled “100 Rounds”. The music video was released in March 2021.

Moreover, he traveled around the world to collaborate with fellow social stars such as Lisa, Lena Mantler, Jai Waetford, Bryce Hall, and many others. Likewise, he often collaborates with Ayla Woodruff. He is also a member of the “Triller Compound”.

He also owns an individual Youtube channel under his own name. He created his channel on January 8, 2016, and has garnered altogether 123,175,916 views until now. He has altogether shared 110 videos on his channel. He has shared pranks, storytimes, surprise videos, daily life videos, music videos, and many other kinds of videos as well. Likewise, the first-ever video he posted on his channel is YOGA CHALLENGE. This video was shared on April 17, 2016, and has garnered 649K views until now. Moreover, he has collaborated with several renowned people like Big Nik, Danielle Renee, Joey Birlem, Cody Ryan, and others.

Furthermore, some of the popular videos on his Youtube channel are Dating My Best Friend For 24 HOURS, This Could’ve Ended VERY BADLY!, BRYCE AND ADDISON ARE BACK TOGETHER!!, I Paid Bryce $1000 To Tell Me His DEEPEST Secrets!!! (MESSY), and SCARING CHARLI DAMELIO WITH HER BIGGEST FEAR!. All these videos have garnered more than 3 million views to date.

Tayler Holde is in a relationship with Charly Jordan and they began dating in the year 2020. Both of them have shared a lot of pictures with each other on their respective social accounts. Charly is a model, DJ, influencer, and social media sensation. Her social media accounts also have millions of followers. Charly Jordan was featured on his latest music video “100 Rounds”. Talking about his past relationship, he dated a fellow Instagram star, Sommer Ray. 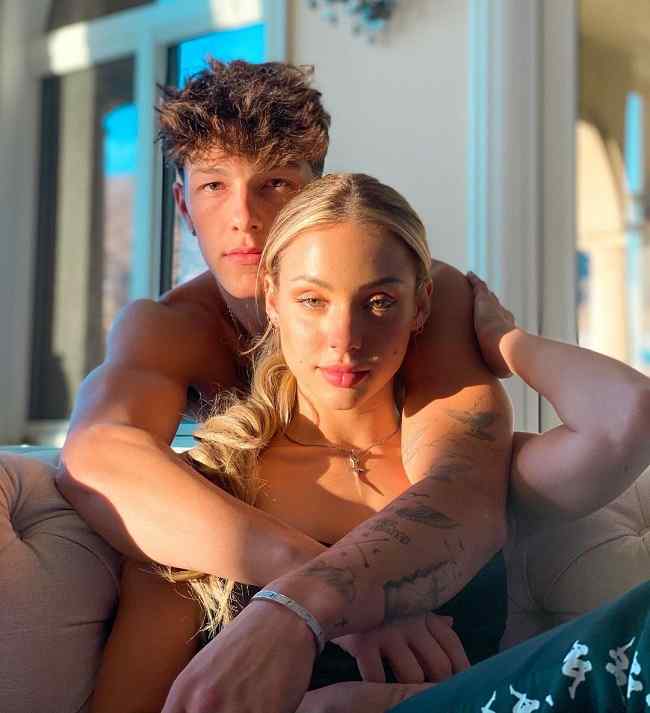 Tayler Holder has a height of 5 feet 10 inches and his weight is 58 Kg. And, his other body measurements such as his chest size, waist size, and hip size, are 42-32-38 inches respectively. Likewise, Holder has dark brown eyes and brown hair. Moreover, he has a handsome face and a cool dude attitude. He is one of those guys who have been blessed with a fine-looking and attractive personality. He has sharp distinctive features and a perfect athletic body. He also has tattoos on his body.

Focusing on his earnings and income, according to biowikis, he has a $1.5 million net worth and his main income source is TikTok, Youtube, and other social accounts as well.