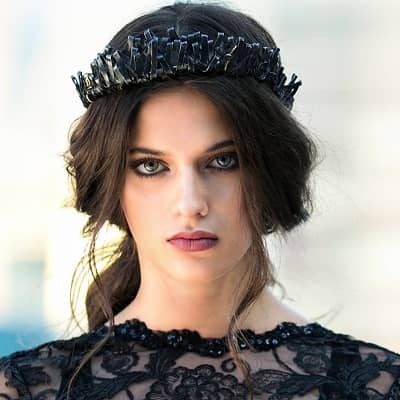 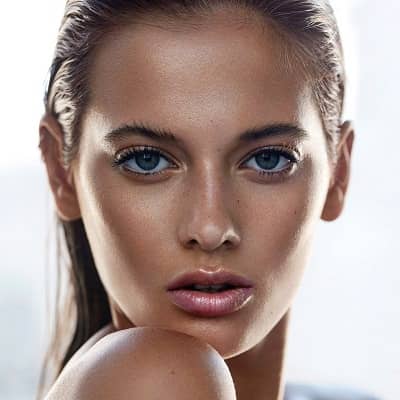 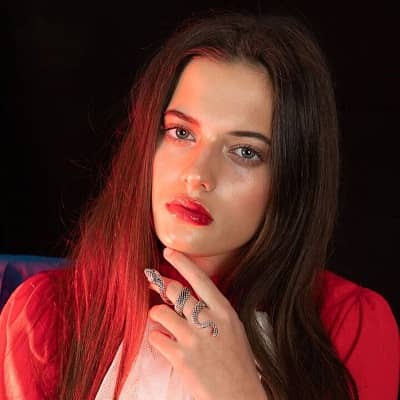 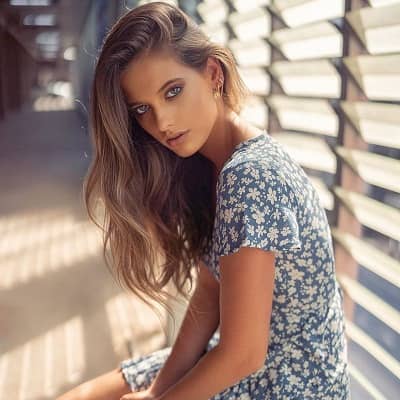 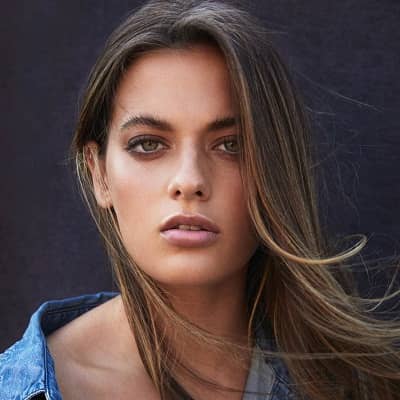 Taya Brooks is a young and prominent Australian model and dancer. Taya Brooks has modeled for various sportswear, swimwear, dancewear, and activewear brands. She is also the co-founder of Flextt Apparel, a Melbourne-based sportswear brand.

Taya Brooks was born on August 6, 2003, and she is currently 18 years old. She hails from Shepparton, Victoria, Australia, and her zodiac sign is Leo. Talking about her family, her parents are her father Glen, and her mother, Trudy Brooks (Dervish). She also has four older brothers namely Caleb, Declan, Keegan, and Noah. Moreover, she is the only daughter and the youngest child in the family.

Likewise, Brooks has English, Albanian, and Scottish ancestry. She grew up in the small rural town of Barooga on the NSW border. She then moved to Melbourne at the age of 10 years to pursue her love of dance and performing arts. Her venture into the modeling world came a few years later when she was 13 years of age. 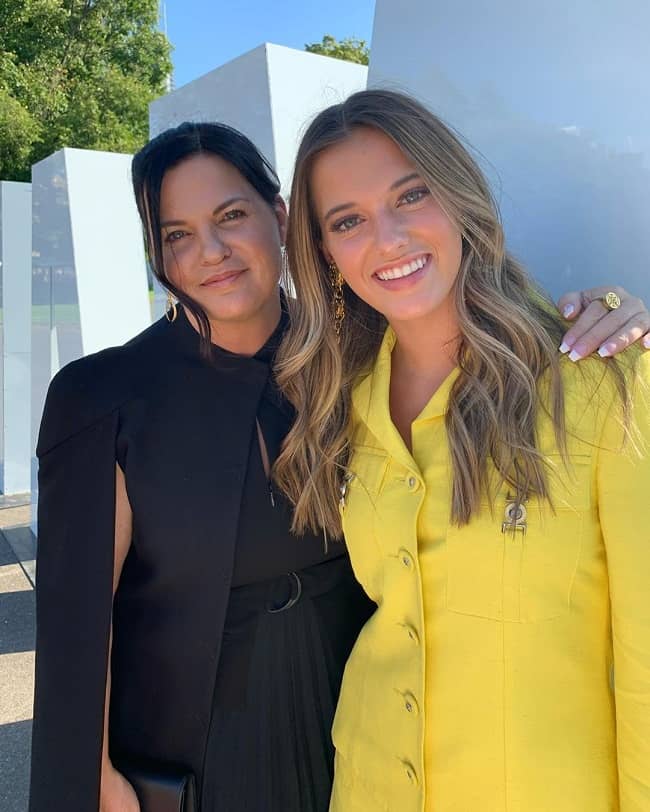 Caption: Taya Brooks posing for a photo with her mother. Source: Instagram

Professionally, Taya Brooks is a model and dancer. Giant Management represents her and her print photos have earned her more than 130,000 fans on Instagram. Likewise, she began her career modeling at the age of 13 years.  Outside of her @tayabrooks Instagram account, she also is known on Snapchat by the handle @tayabrookss.

Her modeling work has included dancewear and swimwear. Moreover, she is friends with numerous models including Meika Woollard, William Franklyn-Miller, and Harvey Petito among others. She has expressed that she has fallen head over heels in love with the world of modeling.

She has already traveled to so many great places and met countless amazing and talented individuals. likewise, she also has high aspirations for a future in the industry and she is prepared to work incredibly hard to achieve success.

Furthermore, Brooks’ modeling work has included a wide array of dancewear, activewear, and swimwear which says so much about the type of person she is and the lifestyle she has led/led. People often told her that she looks like a young Adriana Lima or Sara Sampaio. She would like to think that in the future, other aspiring models may be told they look like a young Brooks.

Brooks’ philosophy is to take each day as it comes and she has some prestigious international modeling agencies currently tracking her progress she is indeed excited that they have her on their radar. She also co-founded the sportswear store called Flextt Apparel with Tayla Hope. Moving on, Brooks has a net worth estimation of approximately $1 million to 5 million dollars.

The first video’s title is YOGA CHALLENGE // WITH ZARA AND AMELIE and this video has over 591.9k views at the time of writing this biography. This video is also the most-watched video on the channel.

Moreover, other videos with over 4k views as of August 2020 are WHAT AM I TOUCHING CHALLENGE // WITH TASH, BROTHER TAG // WITH KEEGAN, and TRY NOT TO LAUGH // WITH ZARA AND AMELIE. She often collaborates with friends and family for her Youtube videos. 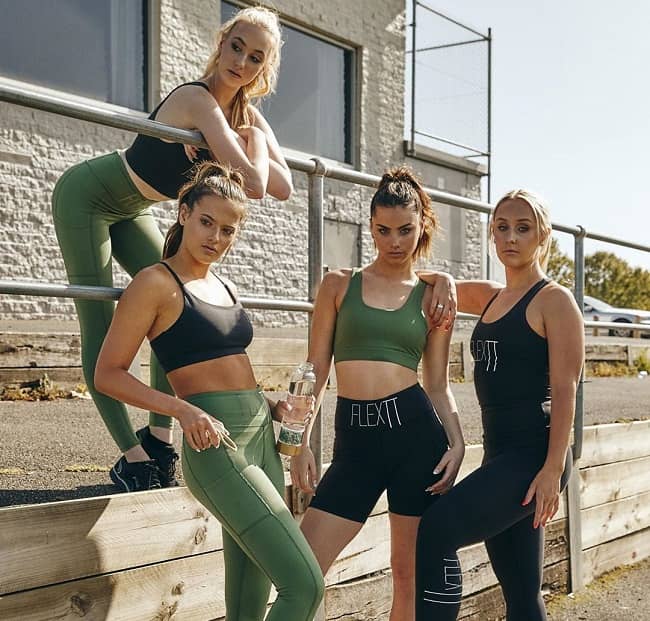 Nevertheless, Brooks has not shared much information regarding this issue. She has also not shared any social media posts that might indicate her current relationships or affairs.

Moreover, Brooks has maintained a clean public profile that is away from rumors, scandals, and controversies that might hamper her professional career and personal life. Nevertheless, she is sure to attract many lovers in her future through her beauty, talent, humor, and charms.

Sadly, there is no information regarding Taya Brooks’ body measurement details. Her height, weight, chest-waist-hip measures, dress size, shoe size, etc are all unavailable at the moment. Similarly, she has hazel green eyes and brown hair color. 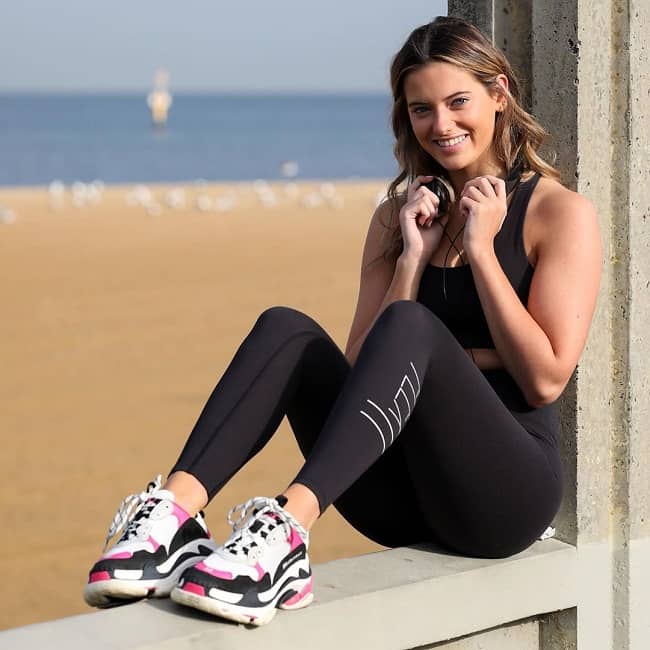 Talking about her social media presence, Brooks goes by @tayabrooks on Instagram and @tayabrookss on Snapchat. Her Instagram account boasts 1,505 posts and shares and 134k followers at the time of writing this biography. Other than these, Brooks is also available on Facebook. She created her official Facebook page on October 25, 2017, and so far has over 7.5k people following her journey.

Brooks created her self-titled Youtube channel “Taya Brooks” on June 17, 2018. Since then, she has earned over 633.9k views and more than 3.55K subscribers as of August 2020. We can also contact her at [email protected] or [email protected] for more inquiries.