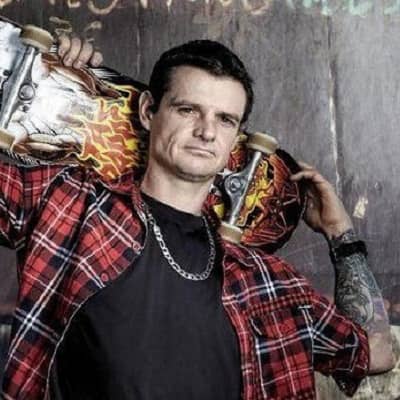 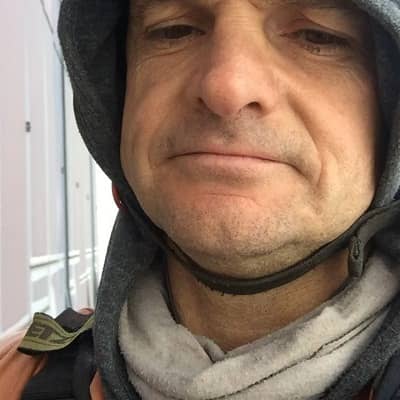 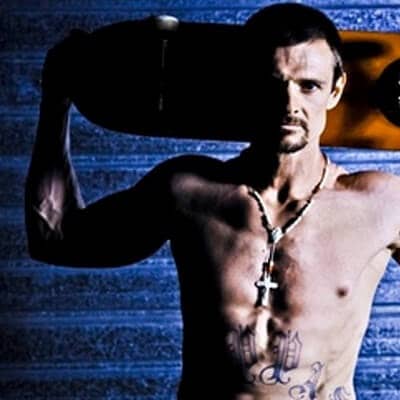 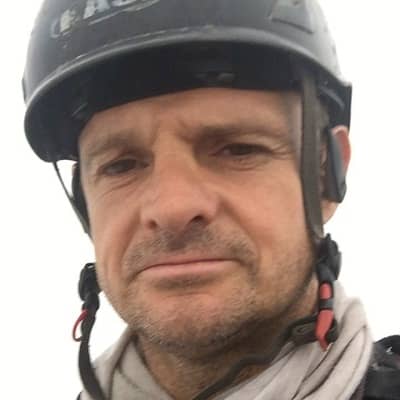 Tas Pappas was born on 9 February 1975 and he is currently 45 years old. He hails from Melbourne, Victoria, Australia, and he grew up in the north-western suburb of St Albans. Likewise, his full name is Tasou Micah Pappas.

Talking about his family, Tas Pappas had a brother named Ben Pappas. Sadly, on 10 March 2007, authorities found Ben’s body floating under the pier of the Victoria Dock.

Moreover, Tas Pappas’ parents are father Bill and mother Kerry Pappas (nee Bardot). His father was born in Egypt and is of Greek descent whereas his mother is an Australian who was a caterer. However, his parents separated after marrying at a young age.

In the 2014 documentary All This Mayhem, Tas mentioned that he and his brother’s childhood was “pretty hectic.” He added:

Eventually, Tas Pappas was fascinated with skateboarding at the young age of 12 years. It all started after watching touring American professionals perform at the Prahran skate park. Tas Pappas then visited the United States for the first time three years later. After that, he relocated to the US at the age of 17 years. He had already dropped out of Kings Park High School when he relocated to the US. Tas Pappas’ first residence was with other skateboarders in Tampa, Florida. 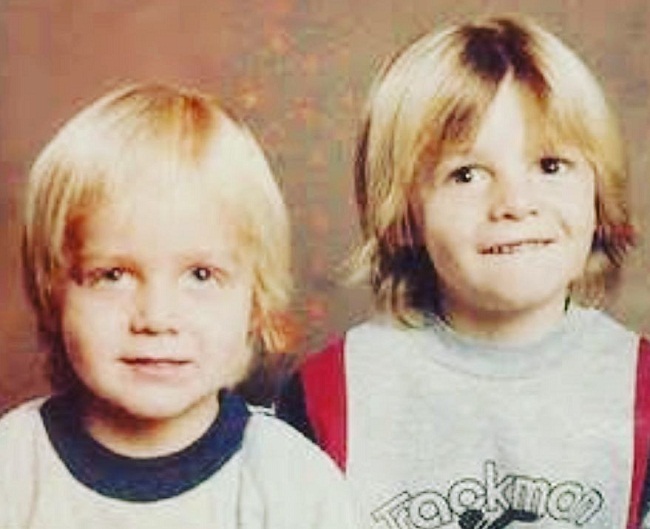 Tas Pappas is a sponsored skateboarder. He was previously a professional skateboarder. Tas was primarily popular in the discipline of vert skateboarding. He also competed in a number of major international events. During the 1990s, the Pappas brothers were highly regarded skateboarders on a global scale. Tas was the #1 and his brother Ben was #2 in the world rankings.

In the year 1996, Tas Pappas won both titles at the Hard Rock Cafe Skateboarding World Championships beating Tony Hawk. Soon after this, Tas Pappas suffered a number of serious injuries. As a result, he was not able to compete or maintain the level at which he had been skateboarding prior to the mishaps.

Then in 1999, Tas Pappas placed highly in a string of events. This also included the X Games and the Milwaukee Triple Crown. This all happened after the physical rehabilitation for his injuries.

Moreover, on 28 October 2006, he won the vert skateboarding event at the LG Action Sports World Championship. At this event, Tas Pappas beat Brazilian professional Sandro Dias in a tiebreaker. During his winning run, Tas Pappas executed a 720-degree rotation in his RevDeck skateboard deck. One of the competition’s commentators also described this as “flawless”. Moreover, Tas Pappas completed the run without making a single error. 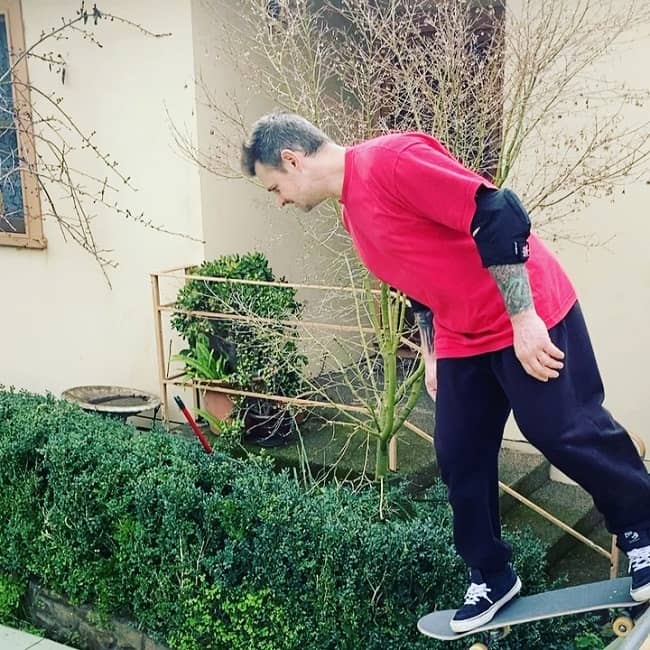 Both Tas Pappas and his brother Ben Pappas were credited with helping to revive the popularity of vert skateboarding. At that time, the sport was beginning to fade. This happened after Tas Pappas’s success with the Hard Rock Cafe competition.

Then in August 2011, both the Pappas brothers received the number 10 ranking in Transworld Skateboarding’s “10 Infamous Australians” article for “rekindl[ing] vert’s flickering candle” during the 1990s.

Moreover, Tas Pappas became the 12th skateboarder and first Australian in history to complete a 900-degree rotation. It was at a newly built facility on Phillip Island, Victoria, Australia called the “Megaranch” in April 2014. He achieved this record on the Anzac Day holiday.

In 2005, Tas Pappas married Colleen. Collen is an American and they met through skateboarding. The couple lived in San Diego with their two children. However, financial difficulties strained their relationship. Following this, Tas Pappas began using crystal methamphetamine to numb the pain from injuries during contests that he desperately participated in to earn money.

Additionally, doctors prescribed him an antidepressant after he consulted for help with a low emotional state caused by his life situation. However, he used alcohol and cocaine with the medication.

In 2014, Tas Pappas explained that his drug use led to paranoia about his wife involving in an extramarital relationship. Due to this, he physically assaulted Colleen during an argument. This incident resulted in a two-month prison term. Later, Tas was deported after authorities found him in a drug-related car crash during his corresponding parole period.

While waiting to be flown to Australia, Tas Pappas received a telephone call from his father. Through this phonecall, Tas came to know that his brother Ben Pappas was dead. Tas Pappas describes this moment as “the saddest thing I’ve ever heard.” 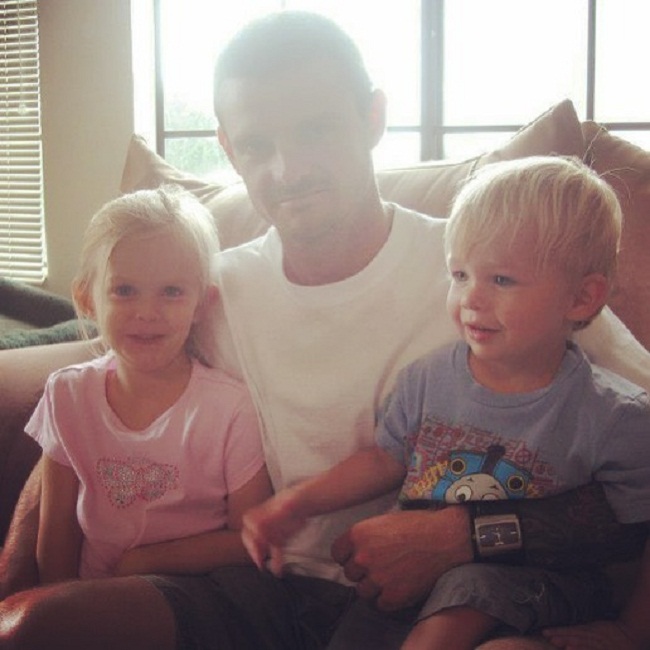 After returning to Australia in 2007, Tas Pappas began drinking alcohol heavily. During this time, he lost his father to a heart attack the following year. Then in 2008, he flew to South America in an attempt to procure cocaine to smuggle into Australia. He did so to pay off a drug debt.

However, authorities intercepted him at Sydney Airport. This was due to the traces of cocaine on his clothing. At that time, Tas Pappas had tried to smuggle the drug in three skateboard decks while intoxicated on benzodiazepines, alcohol, and amphetamines. Following this event, Tas consequently served prison time for three years in various New South Wales facilities.

In November 2011, authorities afforded Tas Pappas the privilege of prison day-release on weekends. He used this time to skate the vert ramp in Albury, New South Wales. Then in December 2011, SLAM Skateboarding Magazine ran a feature on Pappas after internet blogs reported Albury visits. They also suggested that Tas Pappas remained one of the most highly skilled skateboarders in Australia at that time.

The video footage filmed by Stewart and published by SLAM to coincide with the article revealed that it was Pappas’ “third skate in 3 years” due to his incarceration. 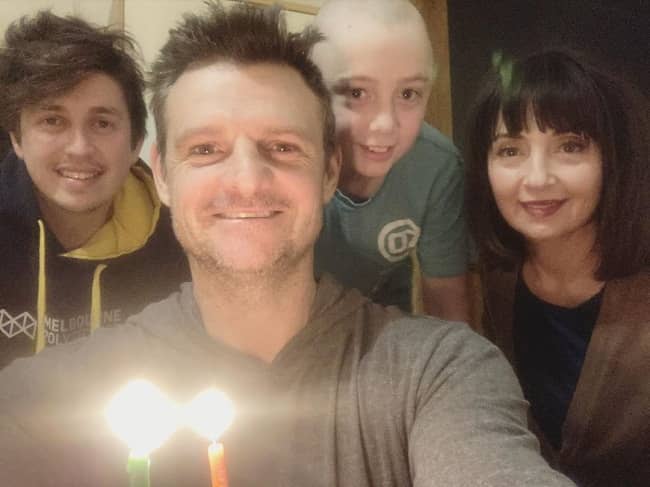 As of May 2014, Tas Pappas resides in the inner north-eastern Melbourne, Australia suburb of Clifton Hill. There, Tas shares a home with Helen Norman and their five-year-old son Billy. He works as an abseiling window cleaner and attends a Christian church for mass.

In May 2014, he revealed his diagnosis with borderline personality disorder in connection with his experience of sexual abuse as a young child. He (or doctors) describes his self-destructive behavior as a manifestation of the disorder. In regard to the personal life recovery process that he was continuing with at the time of the interview, Pappas stated:

“Everything had to happen for me to learn … Dad had to die, Ben had to die, I had to lose my kids. I had to be humbled. I was too angry and I had to be crippled and put on my knees to finally realise I’m not in charge.”

In a July 2014 interview with the Australian Broadcasting Corporation (ABC), Tas Pappas described himself as “a work in progress” and told them “I’ll take ownership of all my shit actions”.