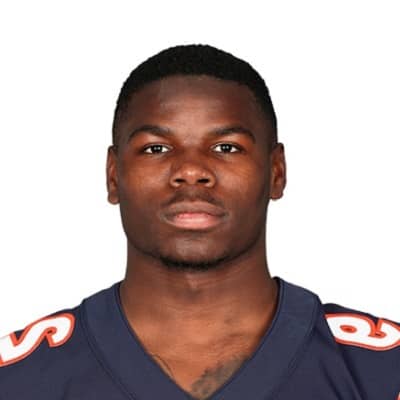 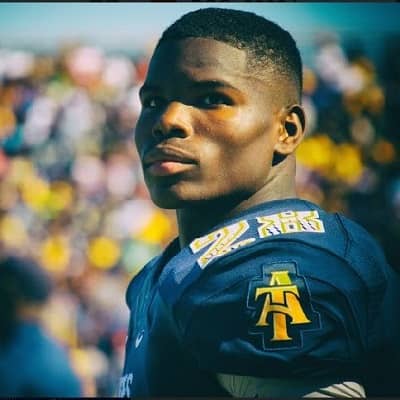 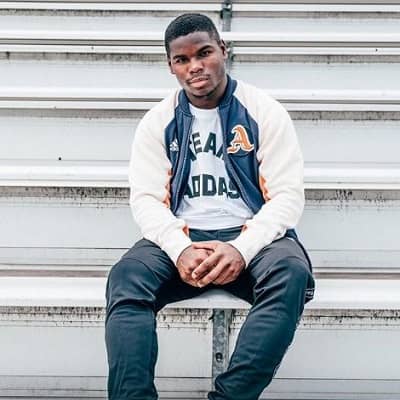 Tarik Cohen is a young and talented American football player. Tarik Cohen is the running back as well as return specialist of the Chicago Bears NFL since 2017. Likewise, his jersey number is 29.

Tarik Cohen was born on July 26, 1995, and he is currently 27 years old. He hails from Bunn, North Carolina, and his zodiac sign is Leo. Regarding his family, Tarik’s mother is Tilwanda Newell. Likewise, Tarik had a twin brother named Tyrell.

Unfortunately, Tyrell was recently found dead on May 9, 2021, at a Duke Power substation in Raleigh, North Carolina. Besides Tyrell, Tarik also has another brother who goes by @7oorolliegang_ on Instagram. Talking about his educational journey, Tarik attended Bunn High School. At school, Tarik excelled at football as well as track & field for the Wildcats athletic teams.

As a senior, Tarik lent a hand to lead the Wildcats to a 9–3 record. He also led the team to a 3rd-round finish in the 2011 NCHSAA 2A playoffs. Likewise, Tarik earned team MVP and all-conference honors in football as well as state championships in Track. He gained these honors as a part of the North Carolina High School Athletic Association Class 2A state champion 4×100 meter relay team. 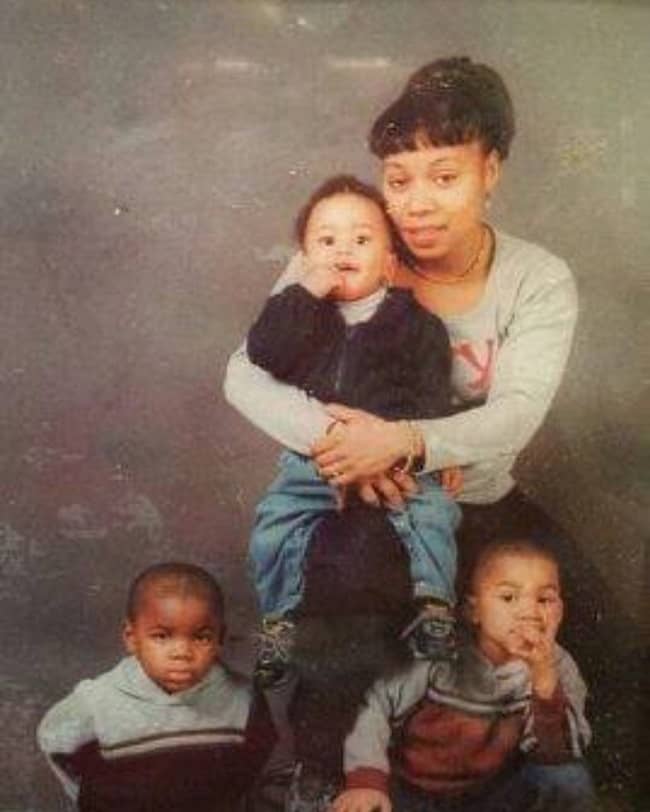 Caption: Tarik Cohen in a childhood photograph with his mother and brothers. Source: Instagram

Professionally, Tarik Cohen is a football player who plays for a team in the National Football League (NFL). More precisely, Tarik is a running back for the Chicago Bears. The football player played the same position for North Carolina Agricultural & Technical State University. This was before being selected in the 4th round of the 2017 NFL Draft.

In 2015, Tarik Cohen received an award for offensive MVP at the Celebration Bowl. Likewise, Cohen became teammates with fellow running back Jordan Howard on the Bears. Professionally, Tarik has appeared in 51 career games with 22 starts. The player has recorded a reception in all 51 career games. Tarik’s 209 receptions since 2017 ranked 4th in the NFL. Likewise, Tarik threw a 21-yard touchdown at BAL on October 15, 2017, during his rookie season. 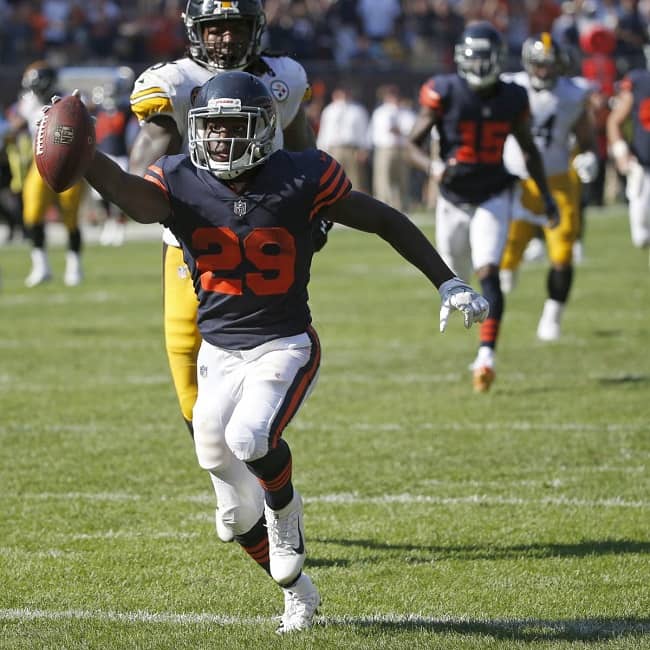 Moreover, he became the shortest player since 1934 to throw an NFL touchdown pass. Further, Tarik also threw the game-tying one-yard touchdown to Anthony Miller on December 2, 2018. Similarly, Tarik became the 1st NFL rookie to record a rushing, receiving, passing, and punt return touchdown. Before Tarik, Gale Sayers made this record in 1965.

Tarik received the honor of First-team All-Pro; Pro Bowl; and Brian Piccolo Award in the year 2018. During his college career, Tarik received several more awards. One of them is the MEAC Rookie of the Year award in 2013.

Tarik Cohen is in a romantic relationship with a blogger who goes by the username @jasdagawd on Instagram. The football player shared a couple of photos with his lover on February 19, 2020. The lovers were photographed in a pool. His lover also shared a similar photo on her account the same day.

Tarik Cohen’s listed height is 5 feet 6 inches or 1.68 meters and his listed weight is 191 lbs or 87 kgs. Likewise, the player’s chest-waist-hip measures are 42-30-35 inches respectively. Tarik has dark brown eyes and hair of the same color.

Talking about his social media presence, Tarik Cohen joined Twitter in June 2013 and so far has over 128.4K followers on his @tarikcohen account. Likewise, his username on Instagram is @tarikcohen where he has 256k followers. Tarik is also active on Twitch with 26.8K followers on his @Tarikcohen account. Moving on, Tarik has a net worth estimation of around $1 million to $5 million US dollars.