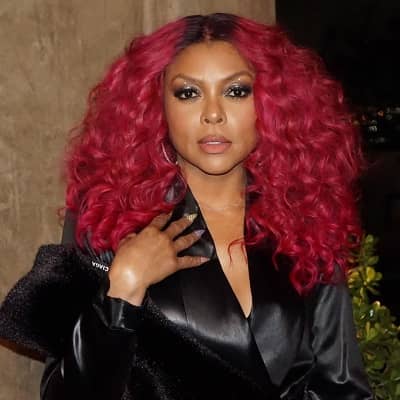 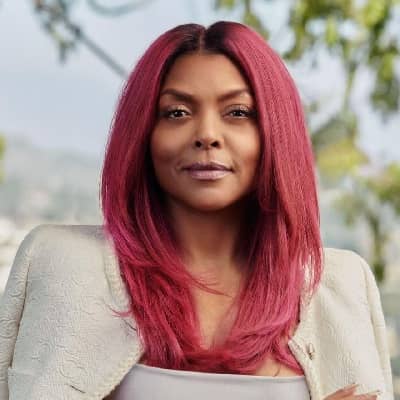 Taraji P. Henson is an actress, model, author, and singer from, Washington, D.C. Taraji P. Henson got maximum popularity after appearing in “Baby Boy” in 2001 for which he also got a nomination for “Black Movie Awards”.

The actress was born Taraji Penda Henson on 11th September 1970, in Washington, D.C., United States. Taraji holds an American native and has been following the Christian religion too. Likewise, the actress is of African-American ethnicity. As of 2021, Taraji’s age must be fifty-one years old and her sun sign is Virgo. The name of her parents is Boris Henson and Bernice Gordon. Taraji’s dad was a metal fabricator whereas her mom was a corporate manager.

Henson’s parents got separated when Taraji was just 2 years old. As for her education, Taraji desired to join “Duke Ellington School for the Arts” of Washington but failed to get admission there. Then, she went to “Oxon Hill High School” and graduated in 1988. She also went to the “North Carolina Agricultural and Technical State University” and studied in the field of electrical engineering.

After failing in pre-calculus, Tarahi was moved to the ‘Howard University’ to study in the field of theatre. She even had two jobs so that she could study there. In the morning, she was working as a secretary at ‘The Pentagon’ and in the evening, she was working as a cruise-ship entertainer at the ‘Spirit of Washington’. Then, she achieved the ‘Triple Threat Scholarship’ from the ‘Howard University and also got her bachelor’s degree in fine arts in 1995. 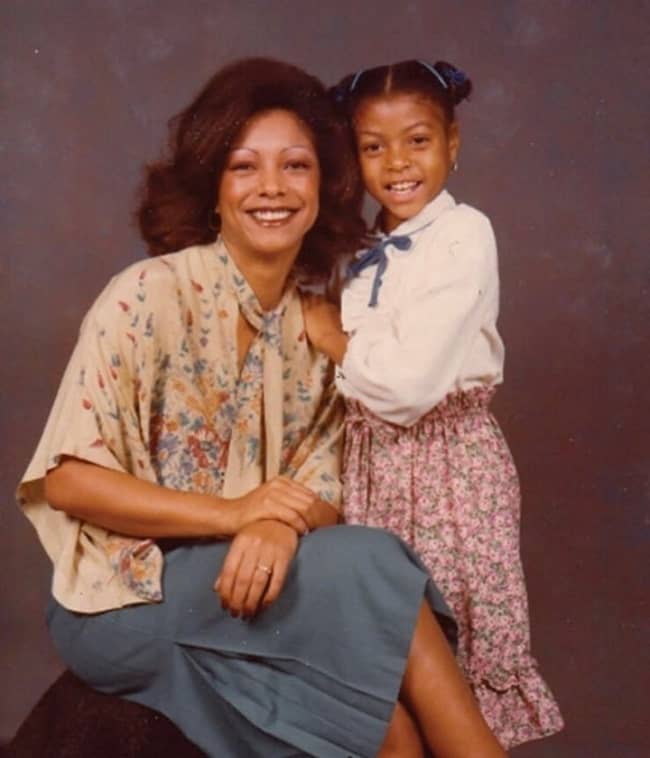 Caption: Taraji P. Henson with her mother when she was young (Source: Instagram)

In the year 1997, Taraji made her first appearance as an actress by appearing in the TV show, “The Parent ‘Hood”. Some of Taraji’s TV works are, “Sister, Sister”, “ER”, “Division”, “CSI: Crime Scene Investigation”, and “Boston Legal”. Taraji’s first movie debut was ‘Satan’s School for Girls in 2000. In 1998, she got the role of ‘Tammy’ in the film, “Streetwise”. Likewise, Taraji was present in the 2000 movie, “The Adventures of Rocky and Bullwinkle”. In 2001, she got her biggest success after appearing in a comedy drama, “Baby Boy”.

In 2015, Taraji was the host of an episode of “Saturday Night Live”. Then, Henson co-hosted, “Live! with Kelly and Michael” on March 16, 2015, since Kelly Ripa was absent. Furthermore, the actress has also been present in music videos and some of them are “Testify” and “Stay”. In the year 2016, Taraji got the character of Katherina Johnson to play in the biographical drama, “Hidden Figures”. Likewise, the actress was present in the films, “Proud Mary”, and “Acrimony”, both in 2018.

In the same year, Taraji again lends her voice to the character, ‘Yesss’ for the animated film, “Ralph Breaks the Internet”. Taraji was then present in the commercially successful film, “What Men Want” in 2019 and then in “The Best of Enemies”. For all these amazing works, Taraji P. Henson has gained numerous awards and nominations. Some of them are the “NAACP Image Award”, “Emmy Awards”, “Screen Actors Guild Award”, “Critic’s Choice Television Award”, and many more.

Apart from being an actress, Taraji P. Henson is also an advocate of “People for the Ethical Treatment of Animals” (PETA). Taraji has taken part in several campaigns organized by “PETA”, adding uploading nude for their “I’d Rather Be Naked Than Wear Fur” campaign in January 2011 and once with her dog Uncle Willie for the “Be an Angel for Animals” campaign in the year 2013. Moreover, the actress was present in the “NOH8 Campaign” in February 2015, supporting same-sex marriage. 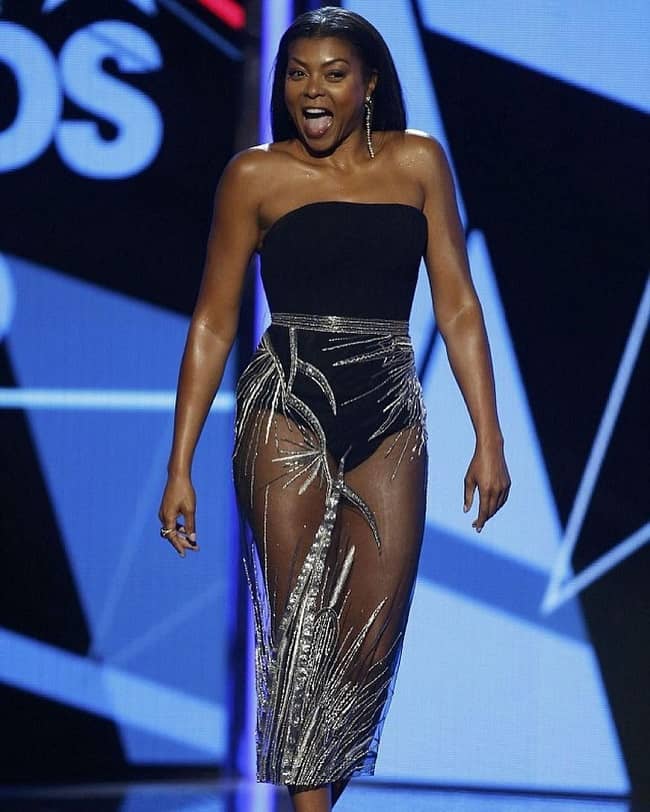 Taraji P. Henson has been earning an impressive amount of money throughout her whole professional career as an actress and model. In fact, she has also gained some money as a singer, voice actor, and from several sponsors too.

At first, when the actress just went to Los Angeles in order to pursue her career, she had just $700 money in her bank balance.  However, it did not take very long for Taraji P. Henson to increase her income. Currently, the amazing American actress has a net worth of around $16 million USD.

At the time of Taraji’s junior college days, she got pregnant. She was still determined to keep her baby even though Taraji was working for her career. Then, Taraji asked her theater professors, “Don’t you bench me because I’m pregnant”, and her teachers complied. At the initial stage of her pregnancy, she was present to perform in a Greek tragedy. At the time of her 2nd trimester, Taraji sang and even danced in “Dreamgirls”.

After she gave birth to her son, Marcell, Taraji reserved up her class presence and presentations, with her son in tow. On 13th May 2018, Taraji P. Henson did engagement with her boyfriend with whom she was dating for 2 years. The name of her boyfriend is Kelvin Hayden who is a former Super Bowl star. “I said yes y’all!!!” she posted on Instagram. However, the actress then declared the cancellation of their engagement in October 2020. As of now, she is probably single. 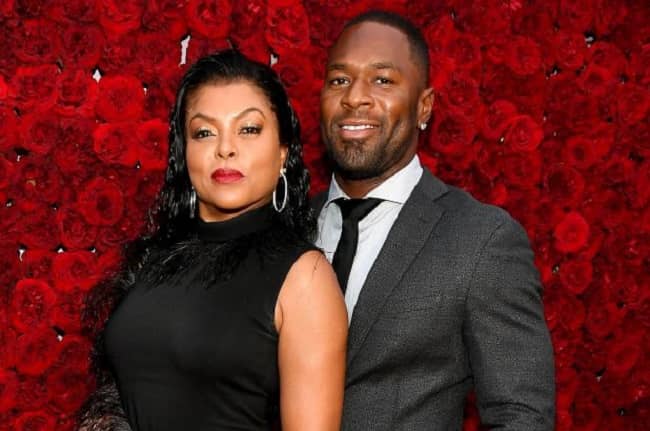 Regarding the physical statistics of the actress, Taraji has a curvy body type with a bodyweight of 57.3 kg. Taraji P. Henson’s breast size is 34 inches, her waist size is 28 inches, and her hips size is 34 inches. Similarly, the American actress’s neck size is 9.5 and she wears a shoe size of 9.5.

Taraji P. Henson has an average height of 5 feet 5 inches or 165 cm. Also, Taraji has a good dressing sense and she has been wearing a dress size of 8 (US). Moreover, Taraji has a dark complexion with brown eyes and black hair.