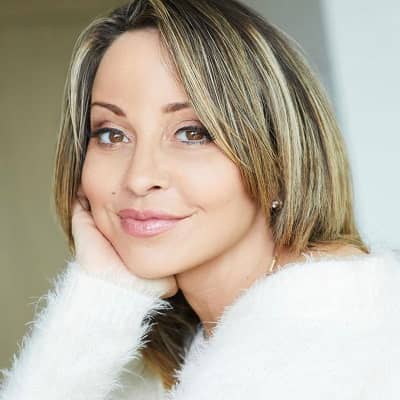 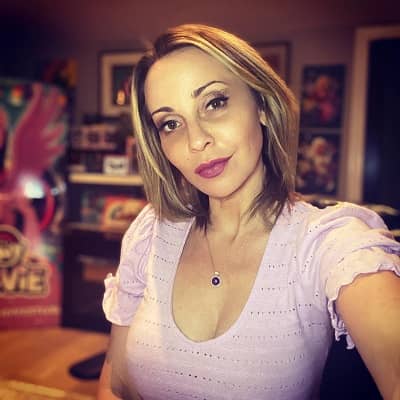 Tara Strong is a well-known Canadian-American voice actress and businesswoman. Moreover, Tara Strong is best known for her voice work in animation, websites, and video games.

Tara Lyn Strong best known as Tara Strong was born on the 12th of February 1973, in Toronto, Ontario, Canada. According to her date of birth, she is 49 years old and holds Canadian-American nationality.

She has a birth sign of Aquarius and believes in the Jewish religion. She is the daughter of Lucy Charendoff (mother) and Syd Charendoff (father). Moreover, she grew up with her elder sister Marla Charendoff. 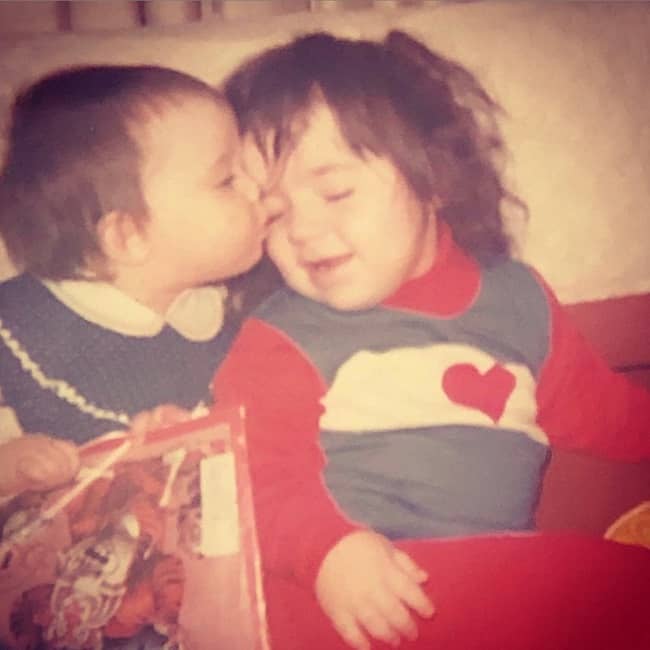 Regarding her academic career, she attended Forest Hill Collegiate Institute, in Canada. Other than that there is no information regarding her education.

Being a well-known voice actress and working for several animations, websites, and video games, she has collected a huge sum of money. As of 2022, Strong has an estimated net worth of $10 million and she has not revealed her salary and income at the moment.

Regarding her professional career, Tara Strong’s first role was offered to her at the age of 13. Her first significant cartoon role was in ‘Hello Kitty’s Furry Tale Theater’ in 1987. In the same year, this voice actress appeared in the cartoons ‘Maxie’s World’ and ‘My Pet Monster.’

Later, she voiced characters in the television movie ‘The Wild Puffalumps’ and ‘Care Bears Nutcracker Suite’ the following year. She played Young Celeste in the cartoon ‘Babar’ from 1989 to 1991. The voice actress then worked on several cartoons, live shows, films, and television films from 1990 until 1998. 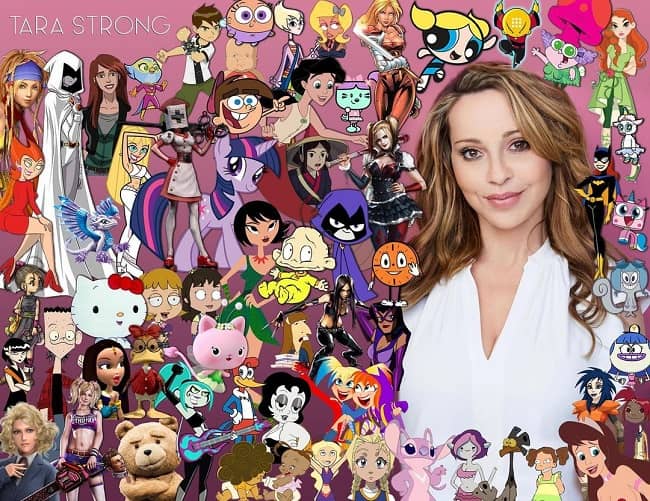 Then, in 1998, Strong gets approached to voice the role of Bubbles in ‘The Powerpuff Girls.’ The following year, she voiced Daisy Mae in the video game ‘Redneck Rampage Rides Again.’

From 2000 through 2010, this voice actress worked on a variety of projects. Some of her projects include ‘The Weekenders,’ ‘Family Guy,’ ‘The Fairly OddParents,’ ‘Teen Titans,’ ‘Spider-Man: The New Animated Series,’ ‘Danny Phantom,’ ‘Drawn Together,’ ‘My Friends Tigger & Pooh,’ ‘Phineas and Ferb,’ ‘Tarzan & Jane,’ ‘The Little Mermaid: Ariel’s Beginning,’ ‘Final Fantasy X,’ ‘Ninja Gaiden,’ ‘Nicktoons: Attack of the Toybots’ and ‘Comic Book: The Movie.’

Her other works as a voice actress include  ‘The Boss Baby,’ ‘Despicable Me 3,’ ‘Injustice 2’, ‘A Series of Unfortunate Events,’ ‘Batman: The Killing Joke,’ and ‘Minions.’ In addition, she is presently appearing in the Canadian series Pretty Hard Cases as Tiggy Sullivan, the leader of a drug trafficking gang. She also plays Miss Minutes in the live-action Marvel Cinematic Universe series Loki.

She received an Interactive Achievement Award in 2004 for her portrayal of Rikku in Final Fantasy X-2. Moreover, she also hosted the 1999 Kids’ Choice Awards, was a guest panelist at several fan conventions (including BotCon, Jacon, Comic-Con International, and Anime Overdose), and was featured on the front cover of Working Mother magazine in July/August 2004. Strong has received five Annie Award nominations.
She earned the Shorty Award for “Best Actress” in 2013 for her usage of social media. Moreover, she was nominated for a BTVA Voice Acting Award for Voice Actress of the Year in 2013, after being nominated in 2011 and 2012.

On 14th May 2000, she married Craig Strong. Professionally, her husband is a U.S. real estate agent and former actor. With the marriage, the couple has two sons named Sammy and Aden. They resided in Los Angeles and were the former founders of VoiceStarz, an internet company that taught people how to become voice actors.  She filed for divorce on July 24, 2019. 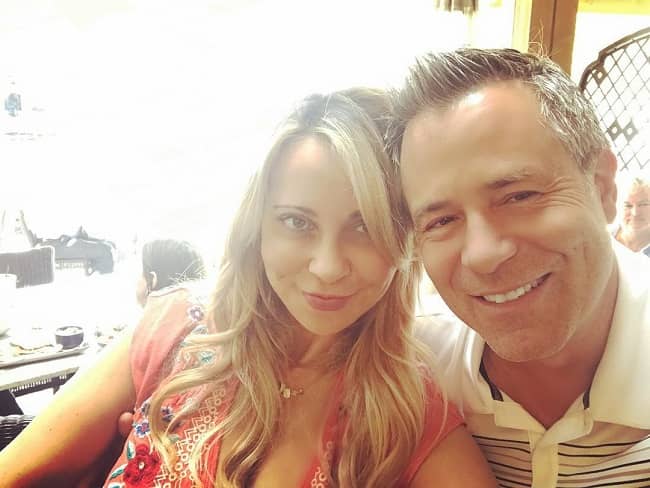 Strong attended a lunch with military fans during the BronyCon event in New Jersey in 2012.  In 2013, she worked with the charity organization Bronies for Good to gather donations for a family whose daughter had a brain tumor.

Moreover, this voice actress stands 5 feet 5 inches tall and weighs around 58 kg. Moreover, she has brown eyes with light brown hair color, and her body measurement measured at 35-28-35 inches. 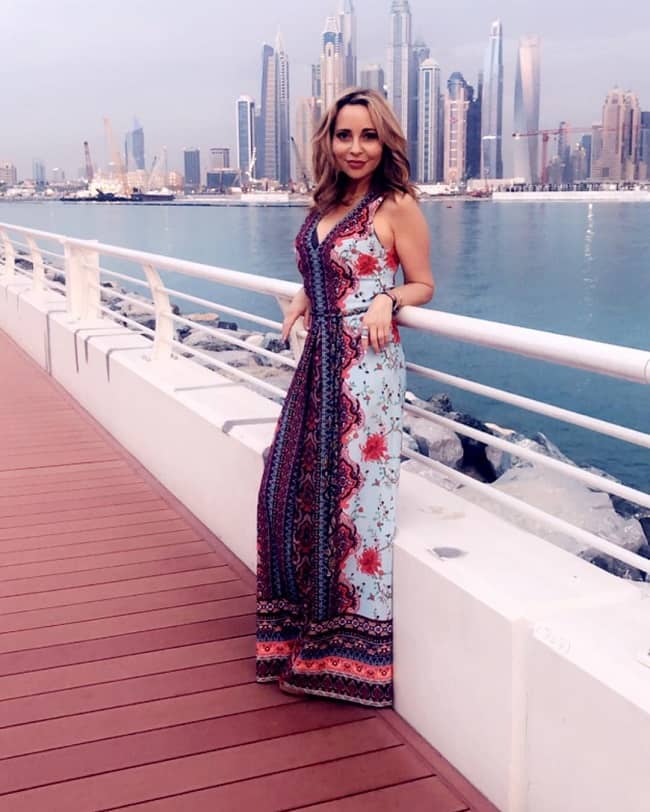